Adam Levine posted an adorable photo of himself standing alongside wife Behati Prinsloo and their two young daughters on his Instagram on Tuesday, April 6.

‘girls just wanna have fun,’ the This Love singer, 42, captioned the post, in a reference to him slipping into a brown and white-patterned dress that looked similar to tie-dye. 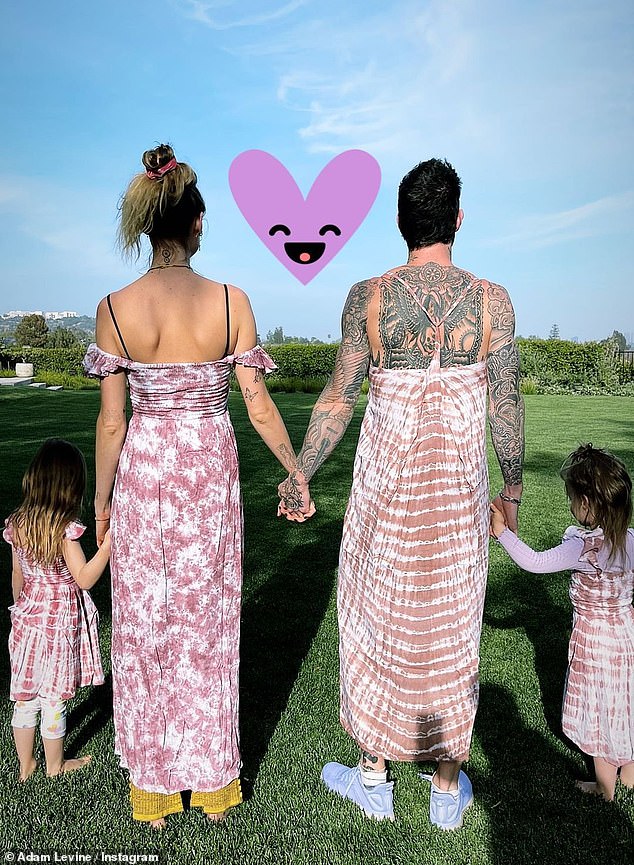 Girl power! Adam Levine, 42, wore a dress in an Instagram photo to match his wife Behati Prinsloo and their two daughters: Dusty, four, and Gio, three

By wearing an off-the-shoulder design, Levine’s massive tattoos along his back and arms were on full display.

He matched the long dress with a pair of blue sneakers and his brown locks cut short and partially shaved on the sides.

The photo shows the proud parents holding hands with each other and their two girls: Dusty, four, and Gio, three. 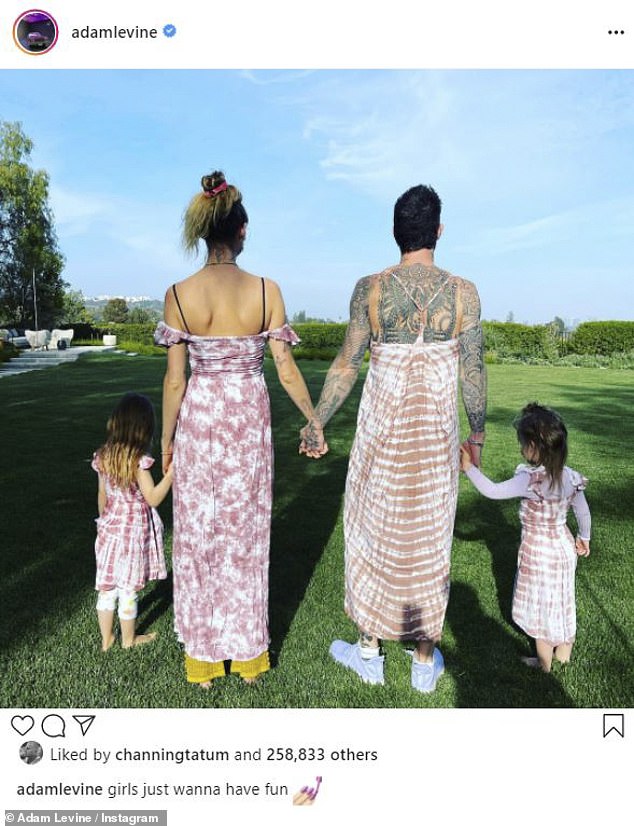 One fo the girls: The Maroon 5 frontman declares ‘girls just wanna have fun’ while decked out in a dress alongside his wife and their two young girls

The family of four are standing among a plush green yard as they look off into the horizon.

Prinsloo, 32, was decked out in a mauve and white-patterned dress and her long brown tresses pulled up into a loose bun.

Each of the girls wore similar dresses that matched the respective parent that held their hand. 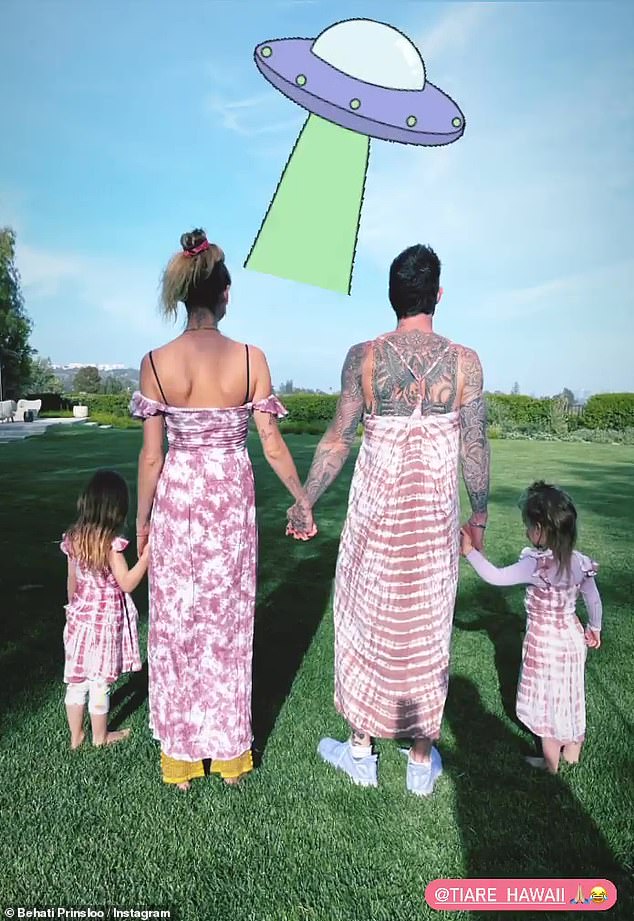 United: The family of four all wore dresses with a design similar to tie-dye 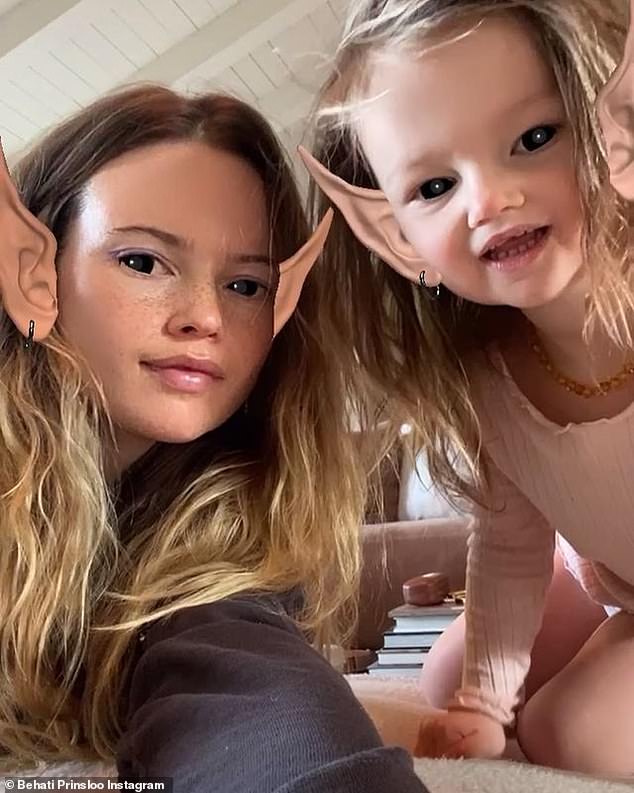 The lights of their lives: Prinsloo, 32, shared a snap of her girls in February showing them with pointed ears, compliments of a popular phone app

Levine also shared a second version of the photo that had a lavender heart with a smiley face inserted along the top.

His ladylove, whom he’s been married to for over six-years, had a space ship graphic added to her version of the image she shared on her Instagram page.

The couple were recently spotted out and about together in Montecito, California. That’s where they recently bought a stunning new $22.7 million home, alongside some very famous neighbors. 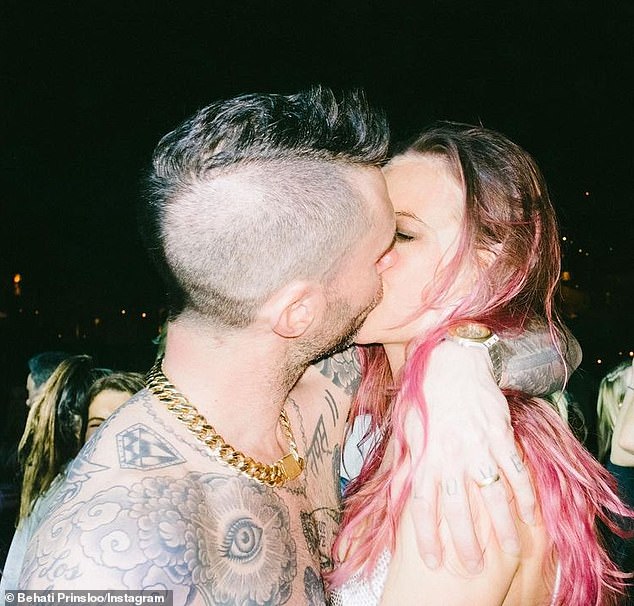 Going strong: The couple will celebrate seven years of marriage in July 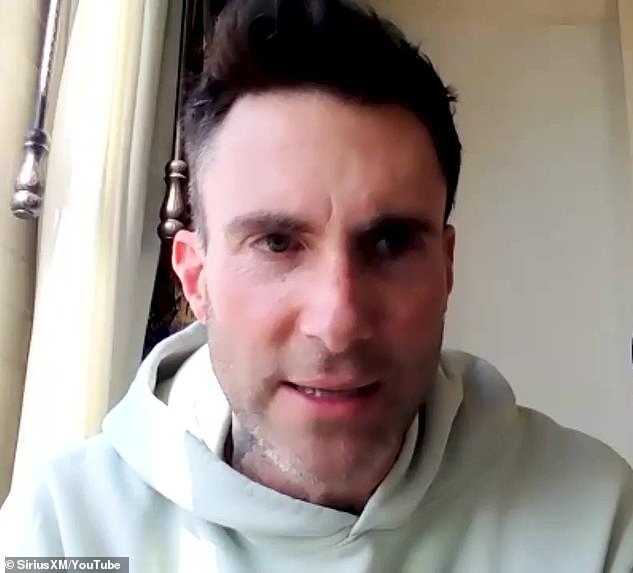