Alex Rodriguez jetted to the Dominican Republic to be with fiancée Jennifer Lopez on Monday, after the couple shot down rumors that they recently ended their engagement.

On his Instagram stories A-Rod, 45, shared a clip of the view from his balcony in the Caribbean and captioned it: ‘Happy Monday. New week. New day. Onward. Upward.’

The former baseball player tagged Lopez, 51, in the post. The actress has been filming her new movie Shotgun Wedding in the Dominican Republic. 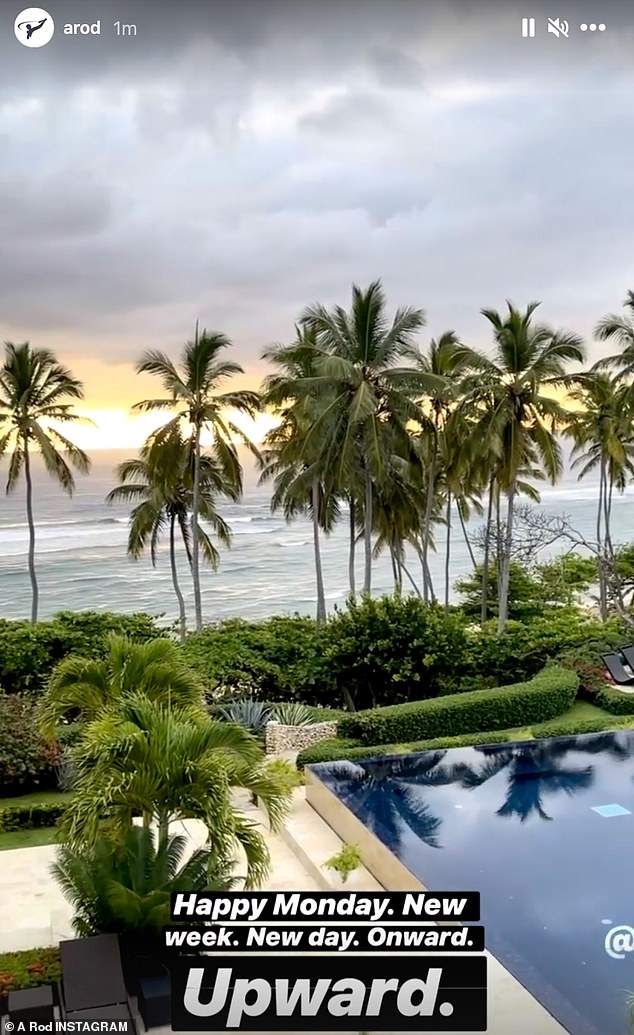 Reunited: Alex Rodriguez revealed on Monday that’s he has flown out to be with fiancee Jennifer Lopez after they shot down rumors of a split

Working through things: Reports emerged on Friday that the power couple had ended their two-year engagement. But they issued a statement the following day to say they’re still together

Reports emerged on Friday that the power couple had ended their two-year engagement, with speculation that A-Rod’s friendship with Southern Charm star Madison LeCroy was to blame.

But over the weekend the couple responded to the reports and confirmed they’re still together.

In a joint statement, they said ‘We are working through some things’.

That same day, A-Rod was pictured out in Miami where he told reporters ‘I’m not single’.

A source claimed they had ‘hit a rough patch’ but were never fully broken up. They also denied the couple’s issues involved a third person.

On his Instagram stories A-Rod, 45, shared a clip of the view from his balcony in the Caribbean and captioned it: ‘Happy Monday. New week. New day. Onward. Upward.’ 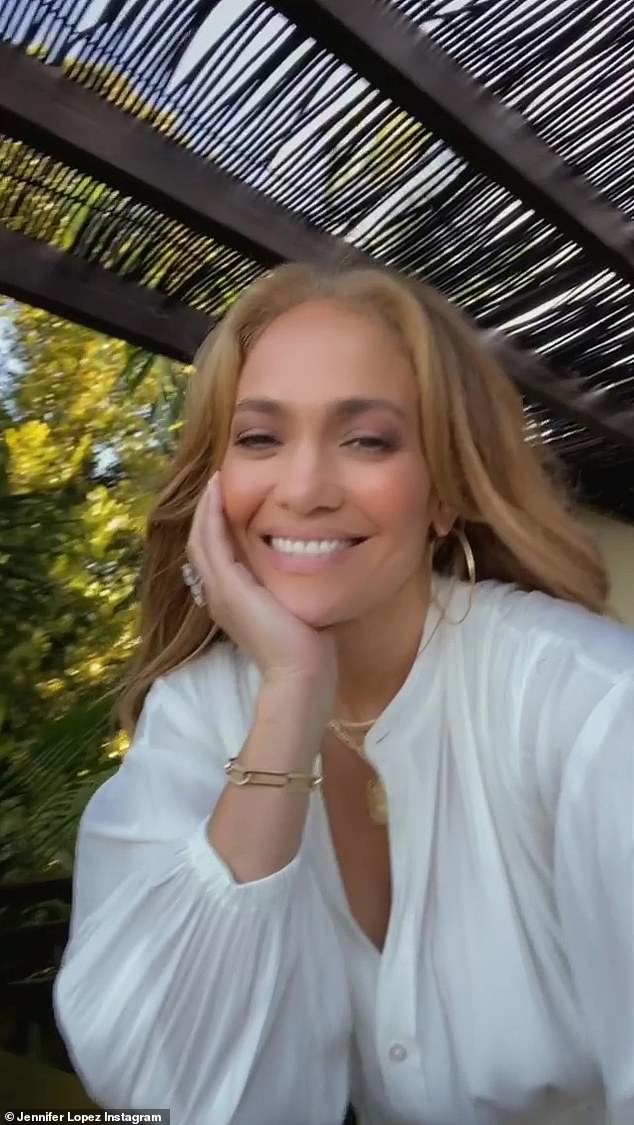 Work work: The 51-year-old actress has been filming her new movie Shotgun Wedding in the Caribbean

The insider told People of the couple’s relationship: ‘They never officially broke up and talked about it but are still together. They hit a rough patch. But they were not broken up…

‘She’s working in the Dominican Republic and he’s in Miami so it’s tough seeing each other especially with quarantining and COVID but they want to try to stay together.’

Last week, the couple’s split allegations were widely reported by multiple news outlets, including Page Six and CNN, which cited close sources saying the couple had called it quits after the relationship had been on the rocks for some time. 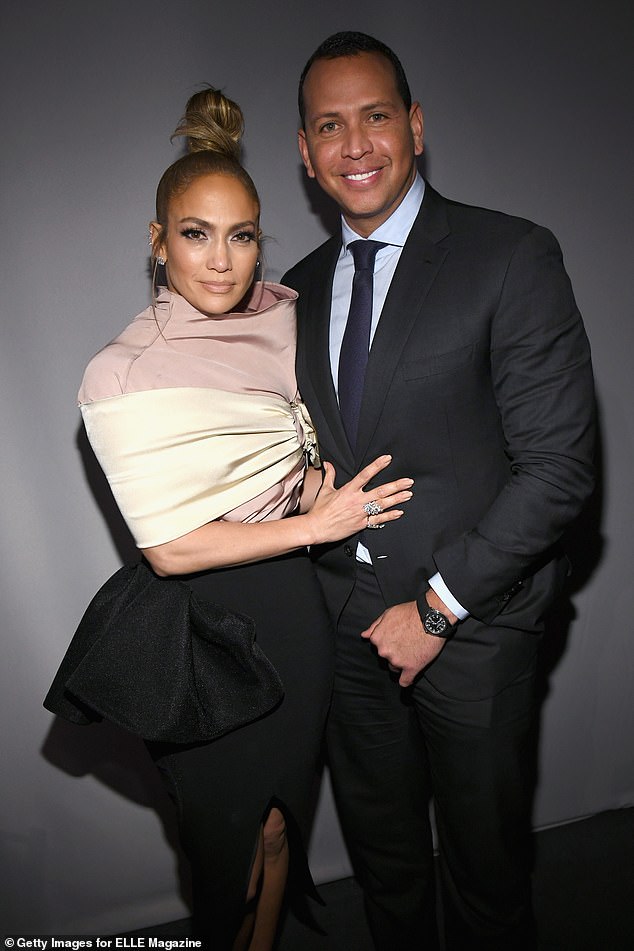 Rough patch: On Saturday the couple said in a joint statement that they are still together and told People magazine: ‘We are working through some things.’

It was claimed specifically by Page Six that Jennifer and Rodriguez reportedly split over his alleged friendship with LeCroy.

A source told the publication: ‘The Madison LeCroy scandal was the reason they finally broke up. There were already problems, but Jennifer was really embarrassed by it.’

The 30-year-old Bravo star was pictured out on Sunday in exclusive pictures obtained by Dailymail.com.

The blonde TV star dodged questions about the couple’s split when she was spotted leaving a gym in Charleston, South Carolina – despite repeated claims that she was the catalyst to ending the A-lister’s romance. 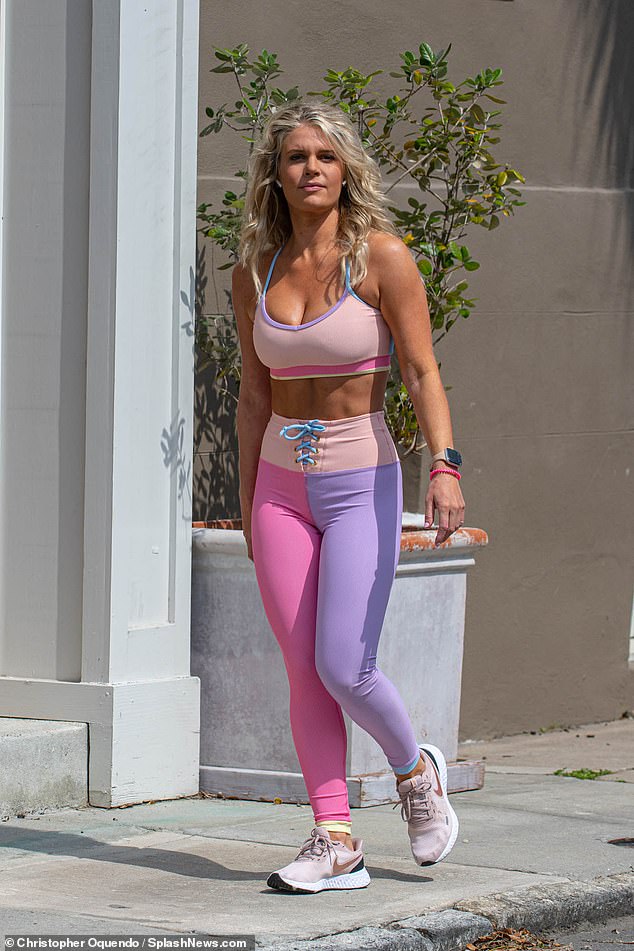 Gym session: Madison LeCroy, who has been at the center of split rumors between the couple, was pictured out on Sunday as she kept quiet about the controversy

The explosive allegations had originally occurred during a recent Southern Charm reunion, where Madison claimed she had been in contact with a married and ex-MLB player. The name had been bleeped out.

During the episode, Madison was also accused of sleeping with the unidentified sports star but she denied ever seeing the man in person, although she did admit to DM-ing him.

Suspicions arose that the person could have been Rodriguez, despite him not being married and only engaged at the time to Jennifer.

Later, Madison revealed in an interview with Page Six she had been in ‘innocent’ communication with Rodriguez but that they had ‘never met up’ and only ‘spoken on the phone’.

‘That’s the truth,’ the reality star claimed, clarifying they had ‘never been physical… never had any kind of anything. Just an acquaintance.’ 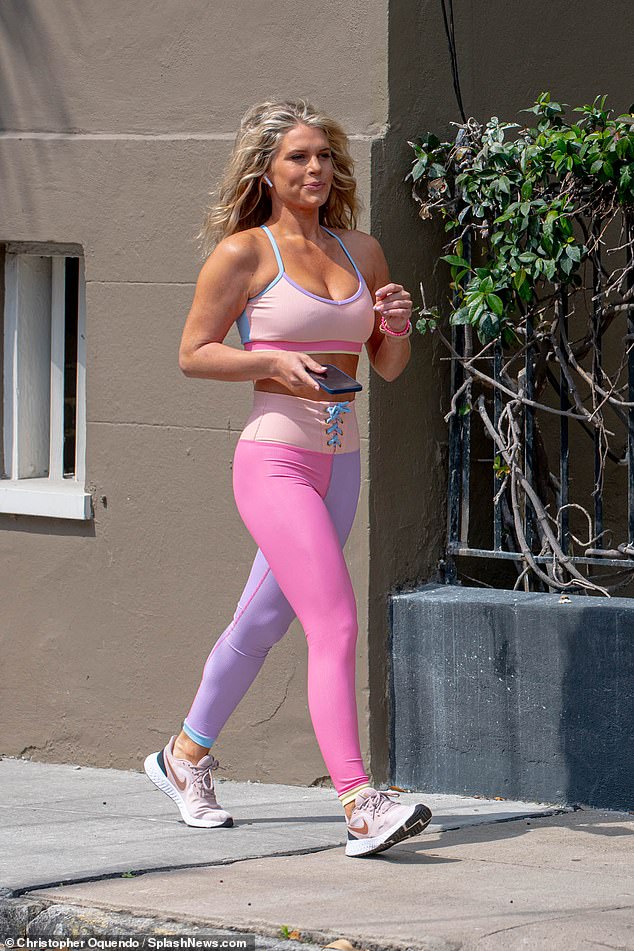 The blonde TV star dodged questions about the couple’s split when she was spotted leaving a gym in Charleston, South Carolina – despite repeated claims that she was the catalyst to ending the A-lister’s romance

Madison also insisted that Rodriguez had ‘never physically cheated’ on Jennifer with her and that their phone calls had been ‘inconsistent’ and ‘random’. The reality star would not reveal what was discussed.

From the jump, Alex and Jennifer denied the Southern Charm star’s assertions and a source previously told DailyMail.com: ‘Alex has never met or spoken to Madison or anyone from the show.’

Jennifer and Alex have had to postpone their wedding twice due to the ongoing coronavirus pandemic and even as late as January this year, Alex admitted he can’t wait to marry Jennifer as he quipped ‘third time’s the charm’ as they prepared for the big day.

He said: ‘We tried twice in 2020. We got bit twice by COVID-19. You know, they say in baseball, “Third time’s the charm,” so let’s hope. It’s been such a crazy year for her. So amazing. So many blessings. In the span of 12 months, she’s done the Super Bowl, New Year’s, the inaugural.’ 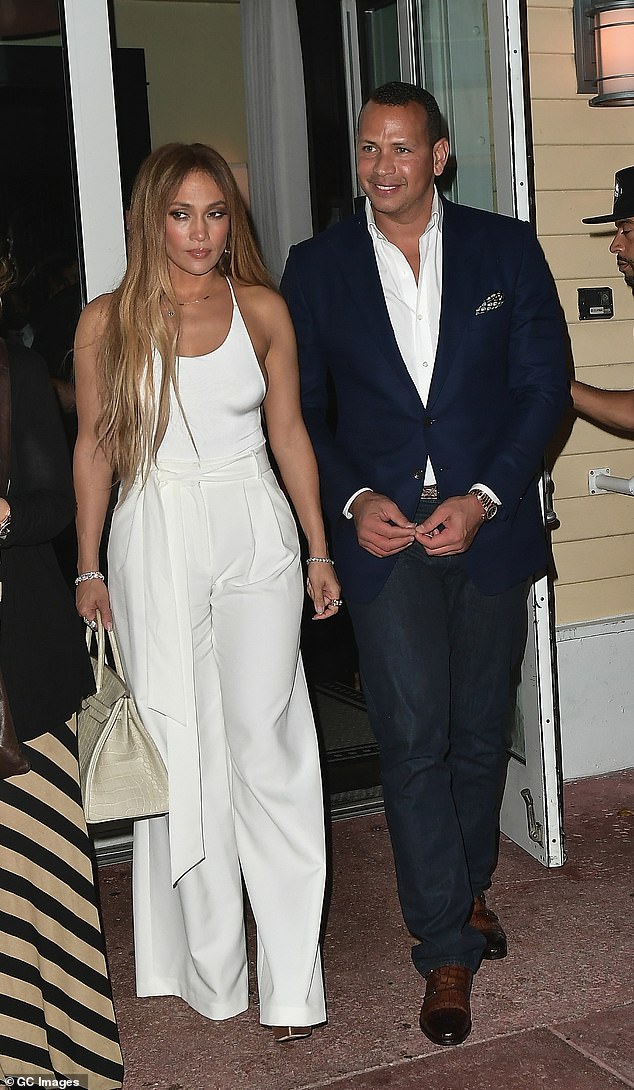 Will they make it down the aisle? The couple had to postpone their wedding twice last year due to the pandemic. They are seen here in July 2017