Amanda Holden, 50, shows off her phenomenal figure in a tiny white bikini as she reclines on a boat deck

She’s been keeping her fans entertained by sharing a number of scantily-clad snaps amid her sun-soaked family holiday.

But Amanda Holden took things up a notch on Tuesday, when she shared an Instagram photo of herself reclining on the deck of a luxury boat while wearing a tiny white bikini.

Despite sharing plenty of sun-soaked snaps of her holiday abroad, Amanda, 50, has yet to specify where her family are vacationing, however the name of the boat in Amanda’s latest snap appears to be Greek. 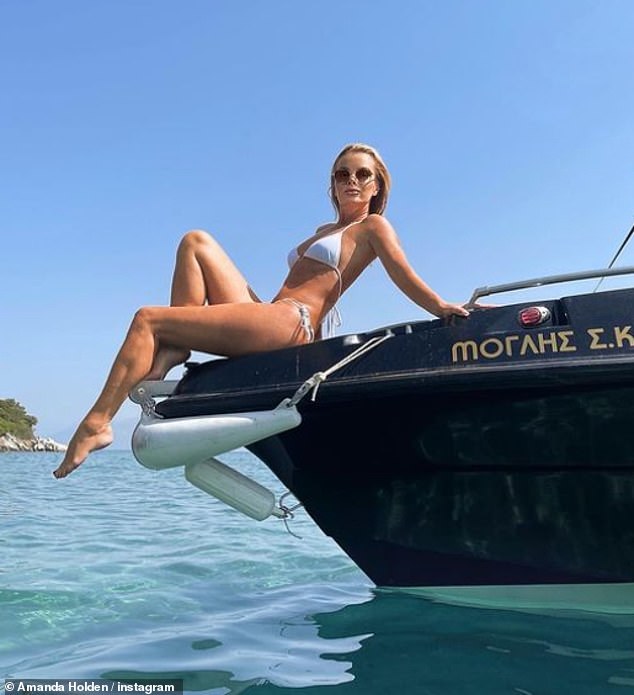 Wow: Amanda Holden, 50, stunned on Tuesday when she shared an Instagram photo of herself reclining on the deck of a luxury boat while wearing a tiny white bikini in Greece

With her bright blonde hair slicked back and her sensational physique on display, the Britain’s Got Talent host appeared to be in her element while lapping up the sunshine at sea.

Greece’s striking landscape could be seen behind Amanda, with the doting mother leaning back against the vessel while working her best angles.

The blonde beauty kept the sunshine at bay behind a chic pair of sunglasses and was rocking an impressive tan.

Amanda was at it again on Saturday, when she showed off her diving skills while larking about by the pool. 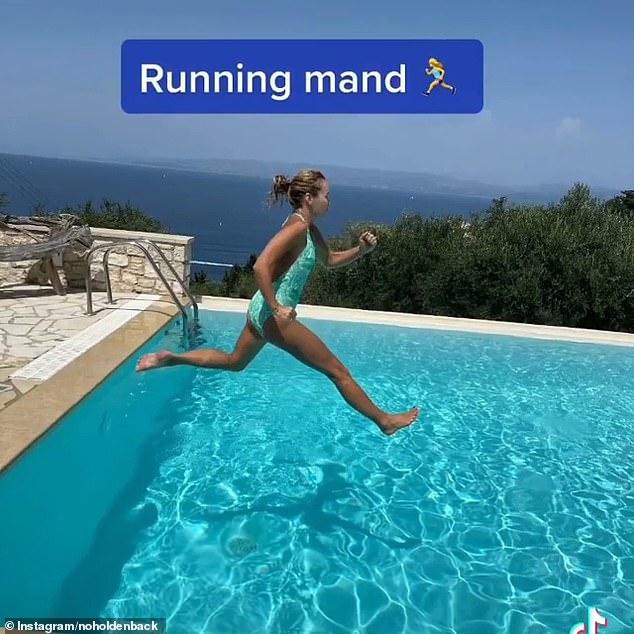 There she goes! On Saturday, Amanda hilariously showed off her diving skills as she performed a number of fun poses as she jumped into the pool

Looking incredible in a green and white patterned swimsuit, the mother-of-two sipped a glass of wine before launching into her swimming pool performance.

Amanda’s two daughters, Alexa, 15, and nine-year-old Hollie, have also been seen on their mother’s social media page while holidaying abroad.

In one photo shared by the Heart Radio host, she huddled up with her two girls at sunset.

Amanda looked flawless as she wrapped her arms around her lookalike daughters in a plunging green lamé maxi dress. 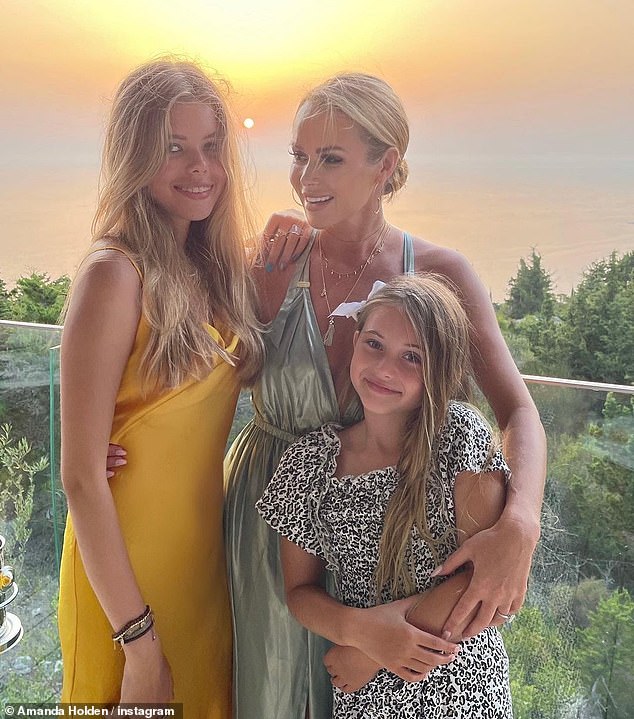 ‘My babies’: It comes after Amanda shared a stunning photo of her and her daughters Alexa, 15, (L) and Hollie, nine, (R) next to a  gorgeous sunset on their family holiday

She gazed lovingly at her teenager Alexa who put on a stylish display in a gold cowl dress and wore her locks in a relaxed tousled style.

Amanda is joined by her husband – and Hollie and Alexa’s dad – Chris Hughes in Greece. 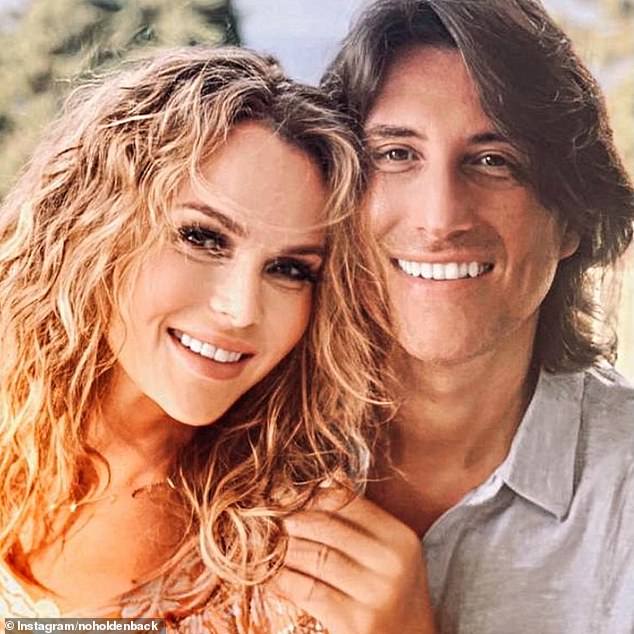 Loved-up: Amanda is joined by her husband – and Hollie and Alexa’s dad – Chris Hughes in Greece