April Love Geary claps back at troll who criticized her racy bikini snap showcasing her backside: ‘I want you to see my a**’

She is well known for showing off her visibly toned form on her various social media outlets.

And on Sunday, April Love Geary gave her followers a full-on view of her bottom in a sultry snap that was shared to her Instagram account.

The 26-year-old social media personality also responded to a fan who had sent her a message regarding the sizzling shot. 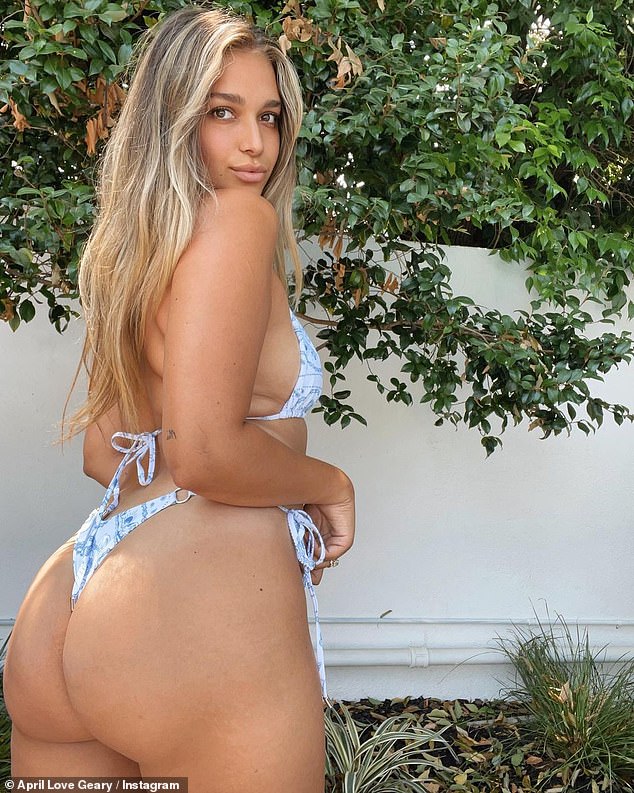 Kind words: April Love Geary clapped back at a fan who sent her a mean message after she shared a racy snap on Sunday afternoon

Geary sported a white printed bikini top while posing for the smoking snap.

The influencer also sported a matching bottom that left little to the imagination of her followers and gave them a full view of her backside.

Her gorgeous blonde hair spilled onto her backside and shoulders as she showed off her impeccable form to her followers.

She was also seen wearing a single ring that added an element of shine to her outfit. 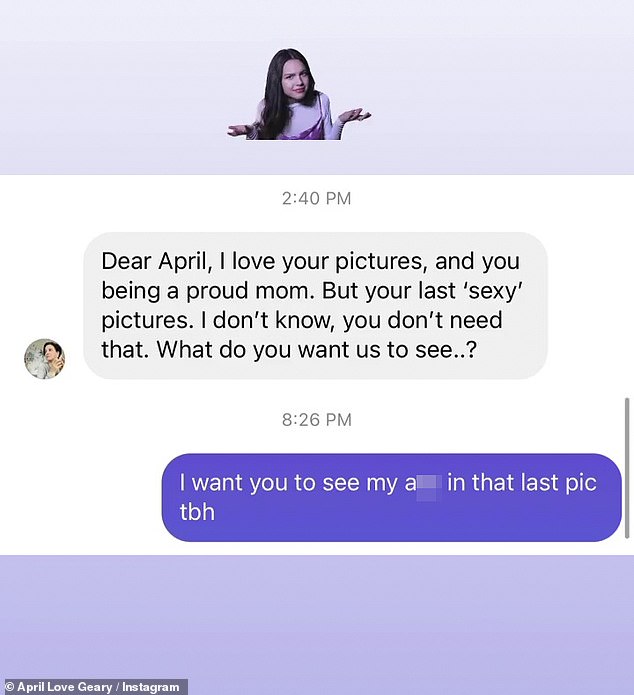 Intentions: When the fan asked the influencer what she intended to do with the snap, she responded by expressing that she wanted her followers to ‘see my a** in that last pic tbh’

Geary also shared a screenshot of the fan’s message to her Instagram Story and added a gif of Olivia Rodrigo shrugging her shoulders and throwing up her hands.

The message read: ‘Dear April, I love your pictures, and you being a proud mom. But your last “sexy” pictures. I don’t know, you don’t need that. What do you want us to see…?’

The social media personality remained undeterred and bluntly told them what her intentions behind sharing the shot were.

Specifically, the influencer messaged back: ‘I want you to see my a** in that last pic tbh.’ 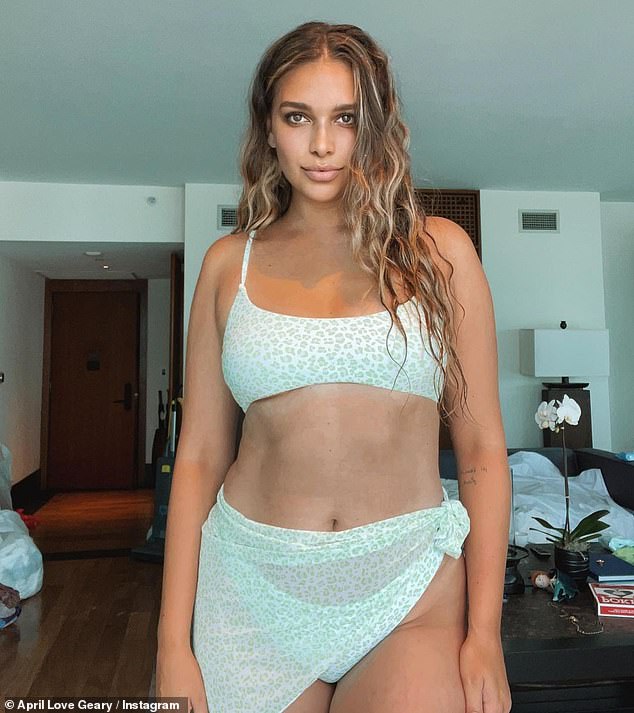 Letting everyone see: Geary has become well known for sharing snaps of her in numerous different bikinis to her Instagram account over the summer

Geary regularly shares snaps of herself wearing various bikinis to her Instagram over the summer.

Earlier this month, the model was seen wearing a light green leopard-print bikini top, as well as a matching bottom and wraparound.

She previously sported a similar feline-print swimsuit while relaxing by a pool in a shot that she shared to her account. 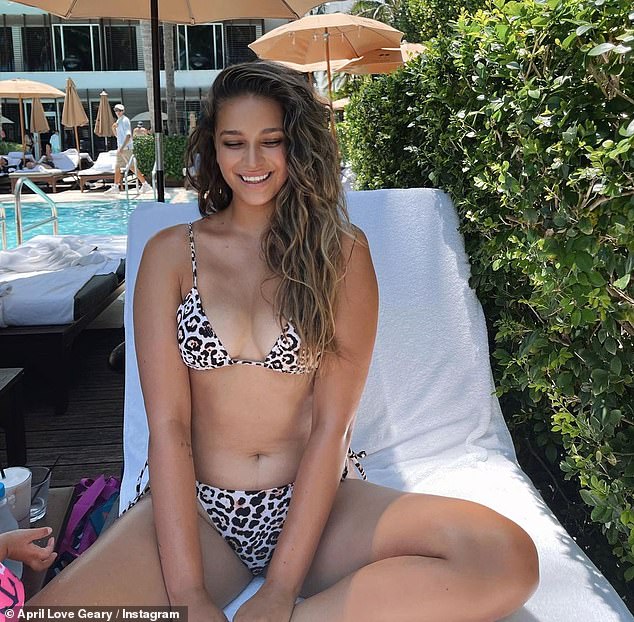 Looking good! Earlier this month, the social media personality shared a shot of herself wearing a leopard-print bikini to her account

The social media personality made a humorous reference to her outfit in the post’s caption, where she expressed that ‘leopard print is my favorite color.’

On the first of the month, Geary shared a shot of herself wearing a black-and-white patterned dress that contrasted beautifully with her blonde locks, which draped onto the left side of her chest.

The influencer wrote that she was ready to start her ‘Hot mom(bod) summer’ in the post’s caption. 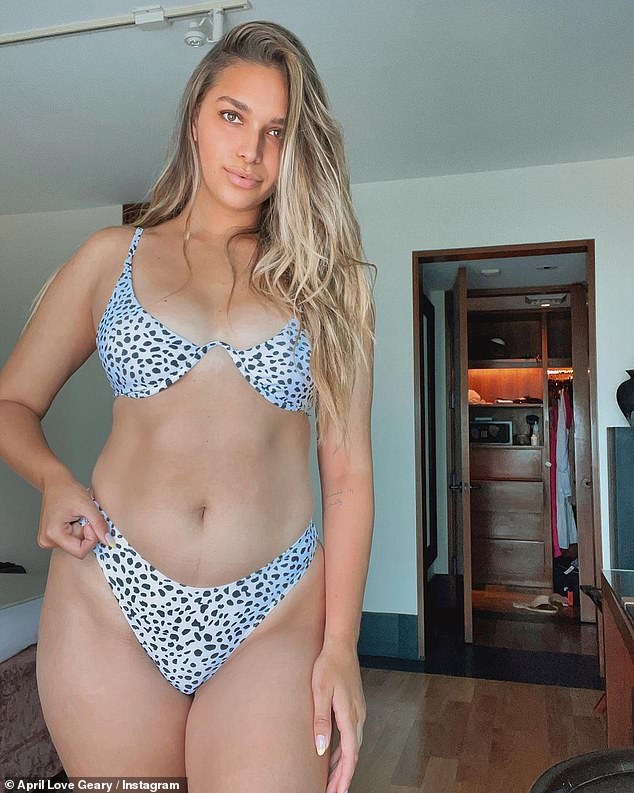 Time of the season: Geary wrote that she was ready to start her ‘Hot mom(bod) summer’ in the caption for one of her sizzling posts