The Hollywood staple praised Baena for his dedication to his career and fitness endeavors. 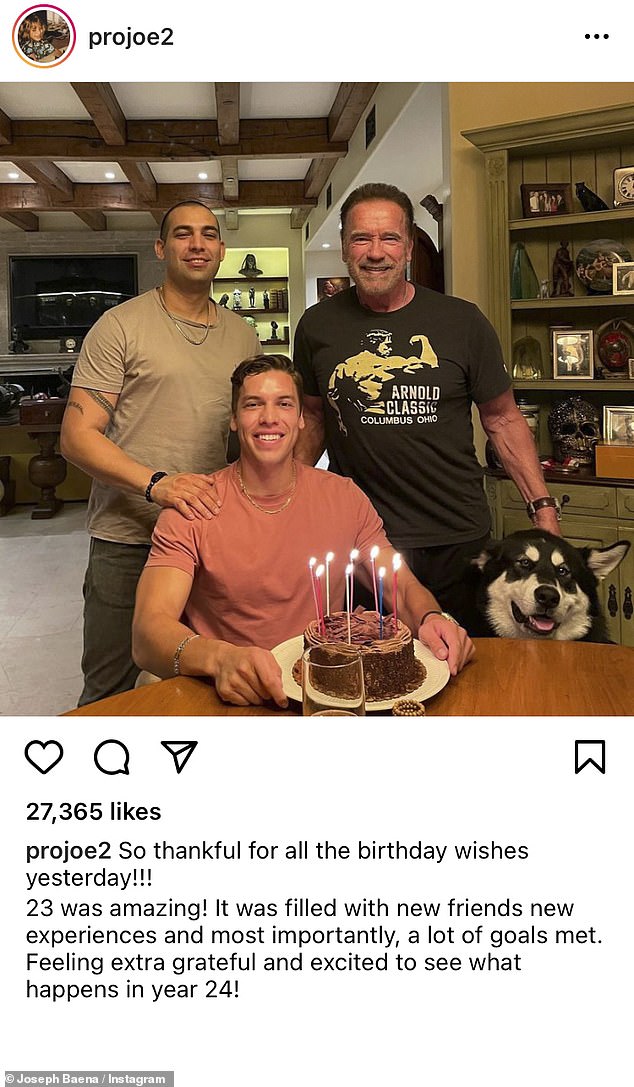 The latest: Arnold Schwarzenegger, 74, took to social media Saturday to wish his son Joseph Baena a happy 24th birthday, as Joseph shared a picture alongside Arnold and half-brother Roger Baena

‘You are crushing it in the gym, in your real estate career, and in acting,’ he said. ‘I know this will be another fantastic year.’

He shared a series of photos of himself with Baena, in a restaurant, bicycling and posing next to a street art of Schwarzenegger’s bodybuilding days.

The second-generation bodybuilder, 24, replied to Arnold, ‘Thank you dad! I love you too!’

He shared an image of himself posed in front of a birthday cake with Arnold and older brother Roger Baena. 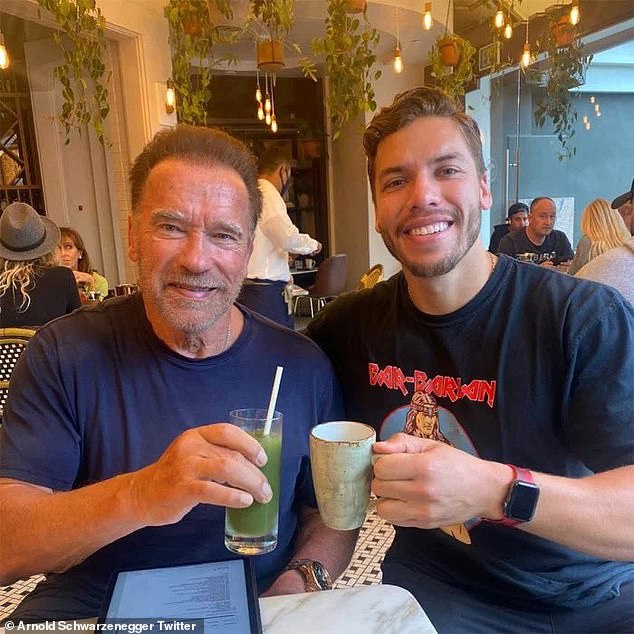 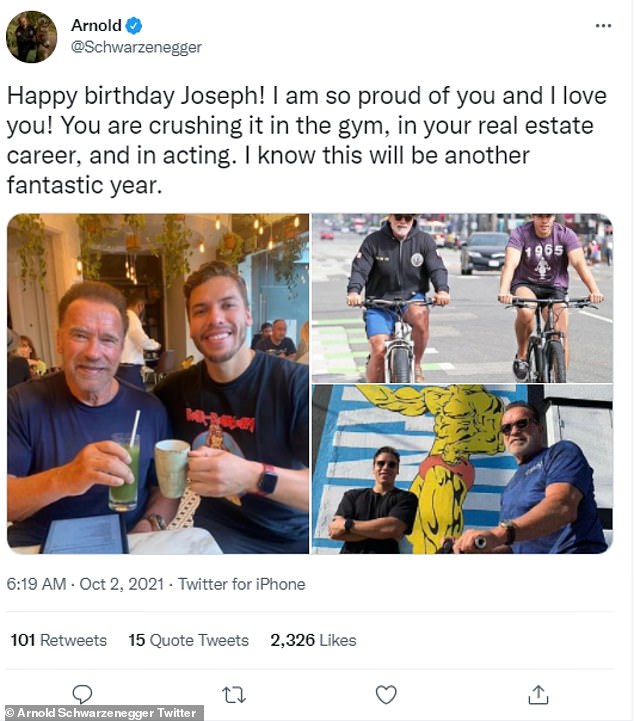 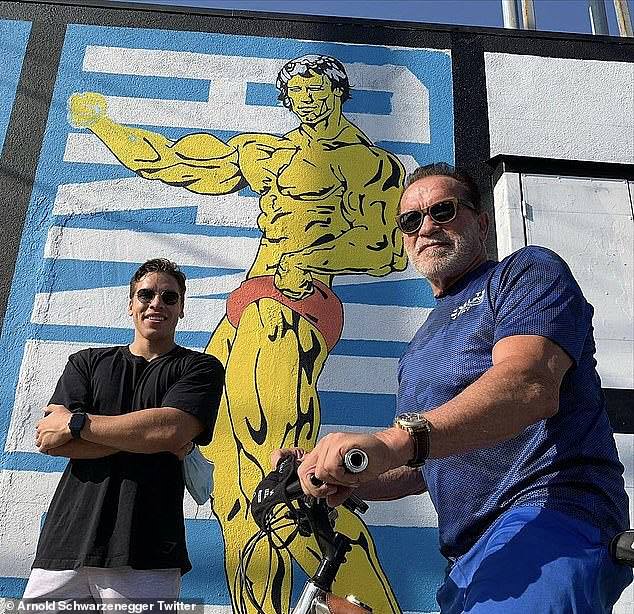 In the shot, Joseph smiled while donning a rose T-shirt with a necklace, while Arnold wore a brown top advertising his Arnold Classic expo based in Ohio. Roger donned a khaki top with green pants.

The Pepperdine University alum captioned the shot, ‘So thankful for all the birthday wishes yesterday!!! 23 was amazing!

‘It was filled with new friends new experiences and most importantly, a lot of goals met. Feeling extra grateful and excited to see what happens in year 24!’

Joseph regularly works out at Venice Beach’s Gold’s Gym, where his father carved out his bodybuilding legacy.

Joseph this past summer took to social media to wish his father a happy birthday.

‘Happy Birthday Dad!’ Joseph said. ‘I hope your pump was juicy and may your day be filled with lots of schnitzel, schnapps and stogies.’