Bethenny Frankel has made a crude comment about Pete Davidson that has brought up an old rumor over the size of his manhood.

The SNL funnyman has found himself to be a target on social media this past week, due to his rumored romance with Kim Kardashian – and the former RHONY star took aim at his anatomy.

Bethenny, 51, tweeted: ‘Years later, I still maintain that Pete Davidson shoots diamonds out of his penis….he needs a deal with @ZalesJewelers (and yes he is talented, charming, smart & cute) but his game is tight.’ 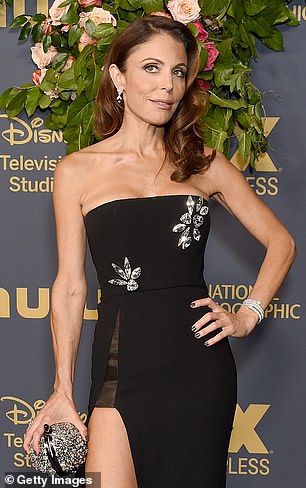 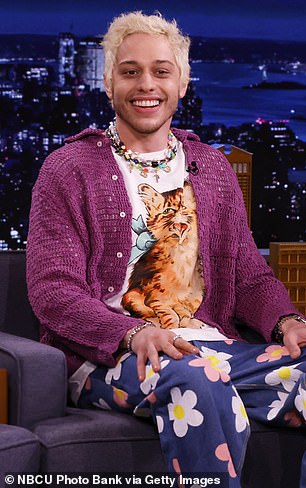 She appeared to be referring to Pete’s ex-fiancé Ariana Grande, who once famously boasted about the size of the comedian’s manhood on Twitter, prompting a social media user to coin the phrase ‘big d**k energy.’

A fan had asked Ariana ‘How long is Pete?’ referring to the song named after the star on her album, to which she replied, and later deleted: ‘Like 10 inches? …oh f—…i mean…like a lil over a minute.’

A Twitter user named Tina (@babyvietcong) responded: ‘Pete Davidson is 6’3 with dark circles, exudes big d**k energy, looks evil but apparently is an angel, and loves his girl publicly the only thing wrong w him is that he’s a Scorpio but anyway….. I’d married him within a month too.’

Really? The former RHONY star made a crass comment about why so many glamorous celebrities are attracted to Pete

Last Friday, Pete and Kim fueled romance rumors after they were seen holding hands on a ride at Knott’s Berry Farm in Buena Park, California.

The two are said to be enjoying each other’s company, according to a new report from People on Tuesday.

A source for the publication said the two stars ‘have chemistry’ and are having ‘fun’ together. ‘Pete can be super charming and Kim loves the attention,’ an insider added. 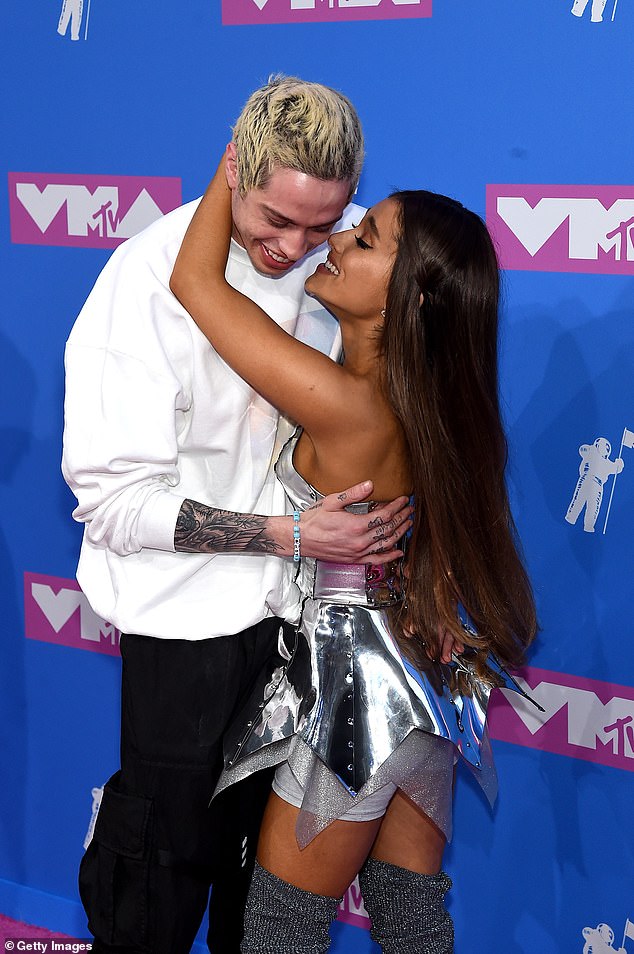 Short-lived engagement: In 2018, Ariana Grande claimed in a since-deleted that Davidson has a ten-inch penis, which sent social media into a frenzy and to describe him as having ‘big d**k energy’ (seen in 2018)

‘That guy must have great game & Kim definitely could use a funny guy right as opposed to what she just had all those years,’ someone tweeted in response.

And Pete’s ex Kate Beckinsale also joined in a different conversation about the star, after she liked a social media post about his allure with ‘beautiful’ women.

Writer Kristen Mulrooney had tweeted: ‘I love how every time Pete Davidson starts dating another beautiful celebrity everyone’s like ‘wtf is happening how did he do this what is this mystery???’ and everybody refuses to entertain the possibility that he might have a nice personality.’ 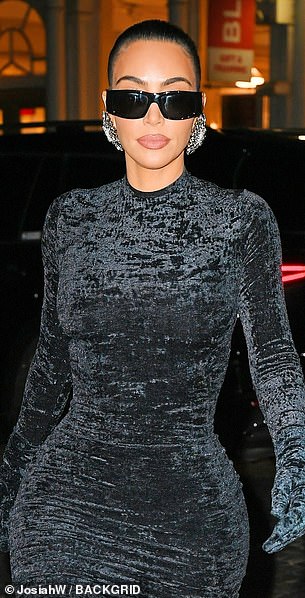 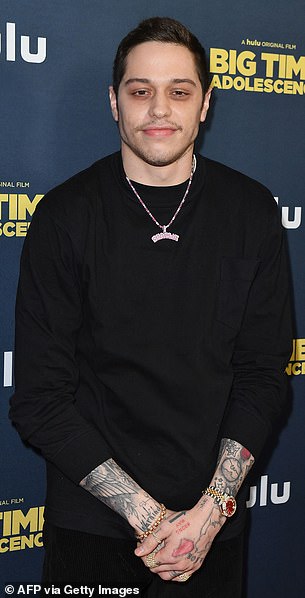 Round two: Kim Kardashian (seen Wednesday) and Pete Davidson (seen in 2020)  ‘met up for the second night in a row’ in New York City on Wednesday 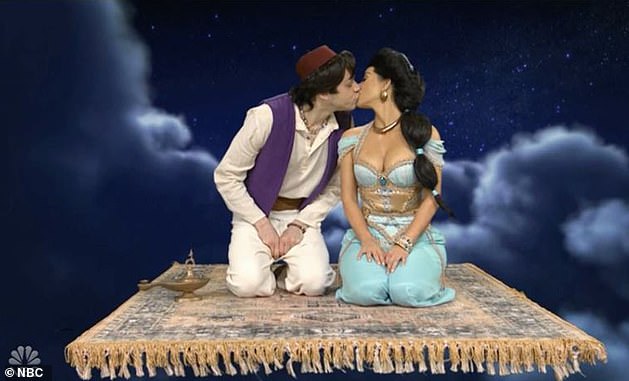 Locked lips: Eyebrows were first raised when the two kissed on the lips during an early October SNL skit when she played Princess Jasmine and he Aladdin as the sat on a flying carpet

Kim, who filed for divorce from husband Kanye West in February after almost seven years of marriage, now seems primed to finally enjoy the single life – with Pete firmly on her agenda.

The source for People said: ‘She is having fun and enjoying life. Her focus is still on her kids and work, but you can tell that she is ready to date.

‘She is very happy and in a good place. She has moved on from Kanye and feels it’s for the best,’ they noted.