Beyoncé oozed confidence in an alluring black latex bodysuit on Saturday in her latest promotional photos for her clothing collection Ivy Park.

The singer was advertising her newest collection with Adidas, Halls of Ivy.

In the snap, Mrs. Carter, 40, was seen seductively gazing into the camera while gently brushing her luscious honey brown strands behind her ear. 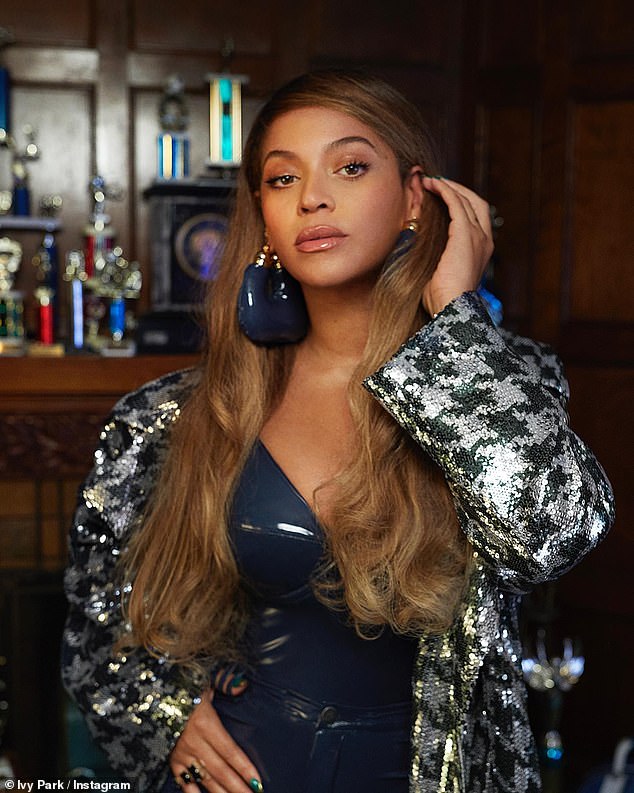 Latex Queen: Beyoncé, 40, oozed confidence while wearing an alluring blue latex bodysuit from her new Ivy Park collection with Adidas, Halls of Ivy, in an Instagram snap from Saturday

She appeared to be wearing very minimal makeup, aside from her glossy pout and a hint of eyeshadow and mascara.

The mom-of-three made a bold statement in the bodysuit, which retails for $70.

The hitmaker also paired the look with a matching set of black latex pants.

To complete the fashionable ensemble, she added a festive glittering long sequined houndstooth jacket on top. 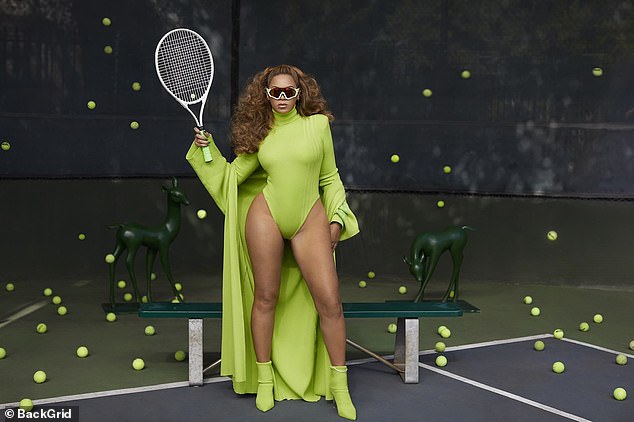 Ready to play: The wife of rapper Jay-Z has been busy promoting her latest clothing drop since November

A description of the jacket on the Ivy Park site calls it a ‘full drip of glittering sequins — an unexpected twist on classic houndstooth.’

The singer also had a green manicure, just in time for Christmas season.

The Grammy award-winning artist had one more sizable addition to her outfit: a pair of large blue chunky earrings, which seemed to steal the show.

It appeared that the choice to wear the earrings might have slightly backfired for the brand, as fans in the comments seemed to focus in on them rather than the outfit itself, with one follower writing, ‘It’s the earrings I want’ and another adding, ‘The earrings!’ 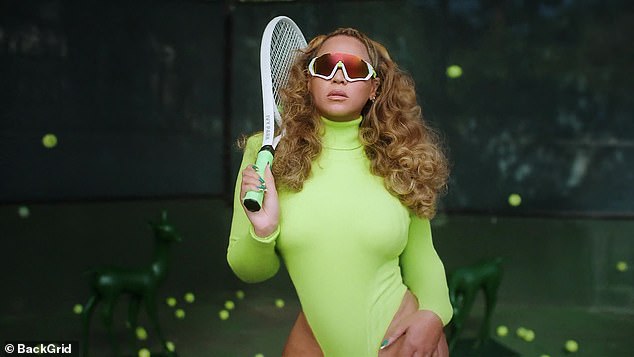 Creative athleisure: Last month the singer wore a stunning light lime green leotard that showed off her toned bronze legs, as she stood on a tennis court holding a racket

The wife of rapper Jay-Z has been busy promoting her latest clothing drop since November.

Last month Ivy Park released photos of herself wearing a stunning lime green leotard that showed off her toned legs, as she stood on a tennis court holding a racket at the ready.

The long-sleeved leotard was far from standard, as it seemed to have shoulder pads as well as a turtleneck. 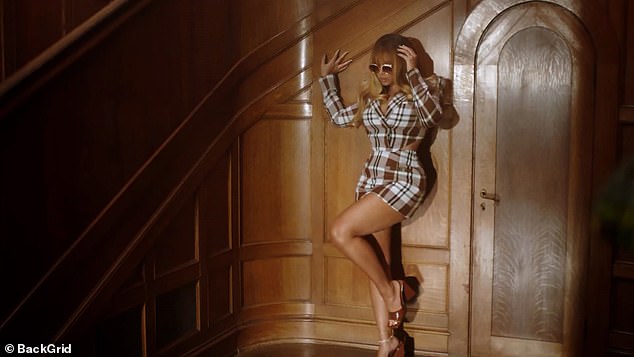 Promoting her brand: Ivy Park also released a collegiate-themed video campaign for the new line, where Beyonce wears a variety of sultry outfits including this plaid jacket and skirt duo

The 40-year-old megastar also enlisted the help of her own daughters, Blue Ivy, nine, and Rumi Carter, four, to help out in promoting her latest drop.

Rumi and Blue Ivy, who was standing behind her famous mom and sister holding a soccer ball, each wore the same leggings and cropped tank top (also patterned in black and white houndstooth.)

The Halls of Ivy collection is currently available on the Adidas website and in stores. 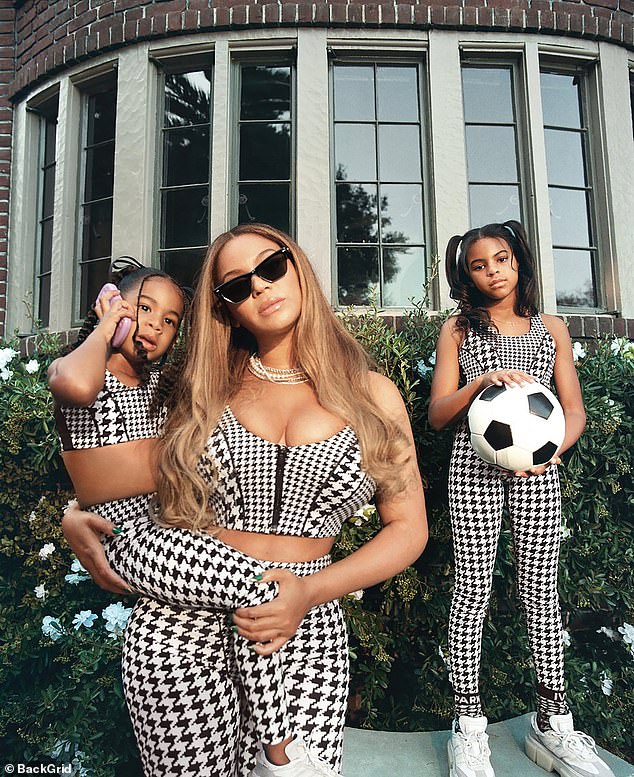 All about family: The 40-year-old megastar also enlisted the help of her own daughters, Blue Ivy (right), 9, and Rumi Carter (left), 4, to help out in promoting her latest drop