Day one of The Governors Ball went off at Citi Field in Queens, New York on Friday night.

And Billie Eilish served as the headlining act for the 10th anniversary of the music festival, which was canceled last year due to the COVID-19 pandemic.

The 19-year-old singer performed some of her well known songs from her two studio albums When We All Fall Asleep, Where Do We Go? (2019) and Happier Than Ever (2021). 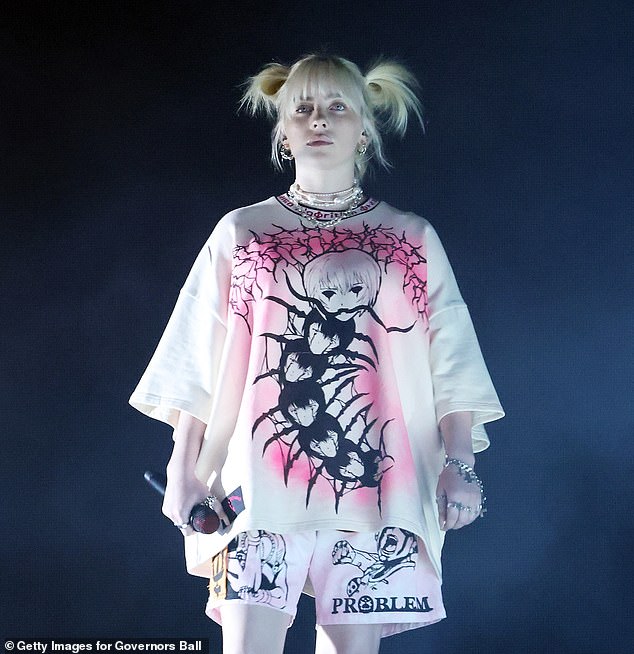 Headliner: Billie Eilish served as the headlining act during day one of The Governors Ball in New York on Friday night

Eilish appeared to be in all her glory for the 10th-anniversary edition of the festival decked out in white/pink tie dye shorts adorned with various quirky characters.

As customary to her usual attire, the California native wore a baggy matching shirt that featured a starting graphic.

She rounded out her ensemble with white sneakers and tresses dyed completely platinum blonde and styled in pigtails. 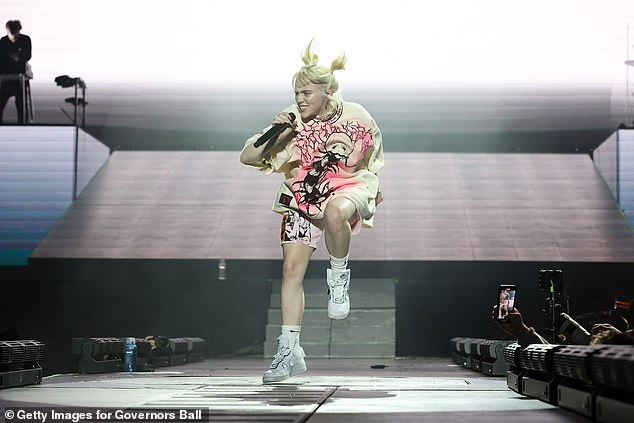 Commanding the stage: The California teenager ripped through her hits while showing off her seemingly endless energy 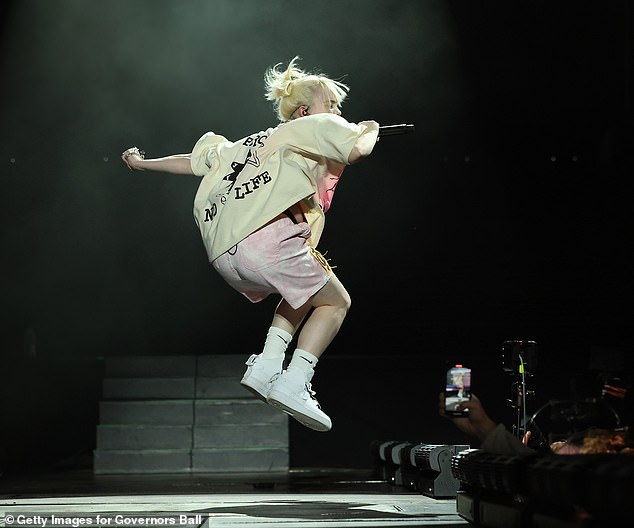 Hits: The singer-songwriter ripped through some of her well known songs from her two studio albums When We All Fall Asleep, Where Do We Go? (2019) and Happier Than Ever (2021) 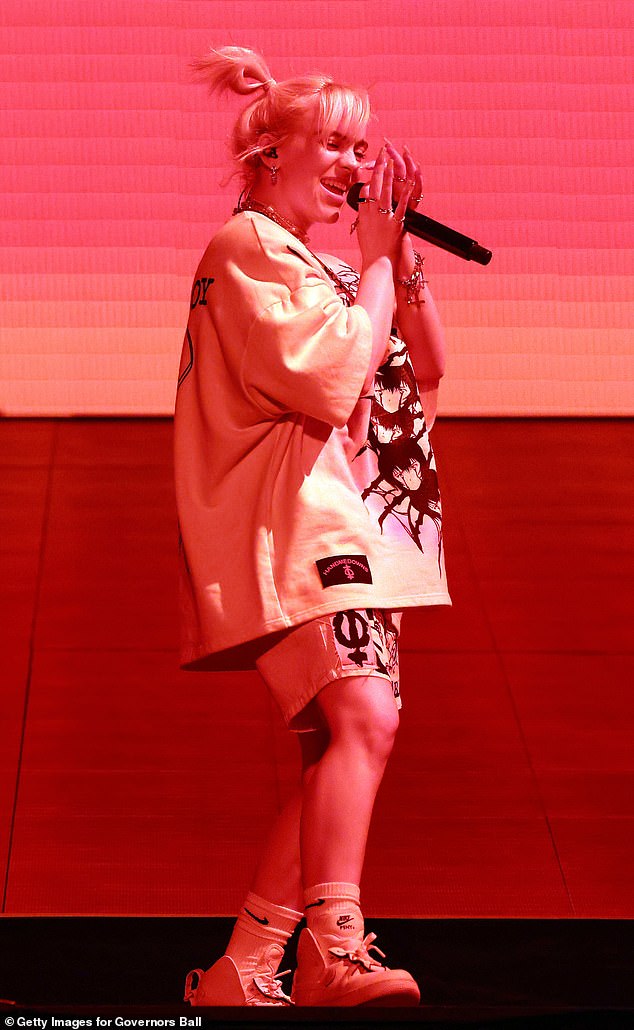 Billie style: Eilish appeared to be in all her glory for the 10th-anniversary edition of the festival decked out in white ‘problem’ shorts that had a tinge on pink and a matching baggy shirt 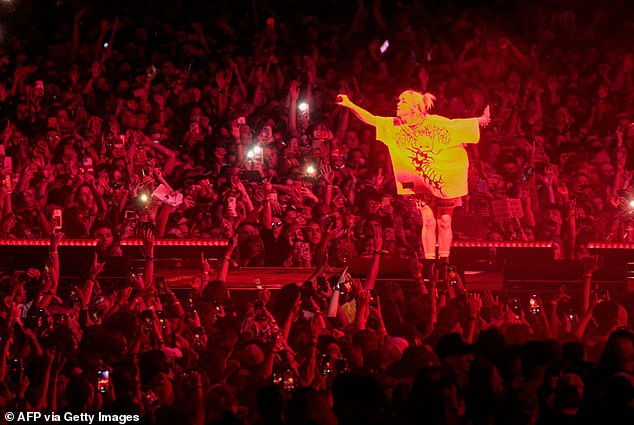 Hypnotic: The Ocean Eyes artist had the crowd at the palm of her hands 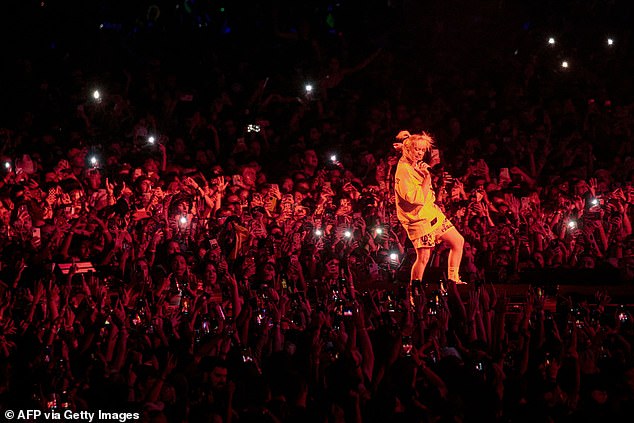 Hyped: The crowd went wild as she delivered some of her more well known songs

To attend Gov Ball in 2021, fans must be fully vaccinated or obtain a negative COVID-19 test within 72 hours of each day of attendance.

Day two of the festival, on Saturday, will be co-headlined by A$Ap Rocky and J. Balvin. 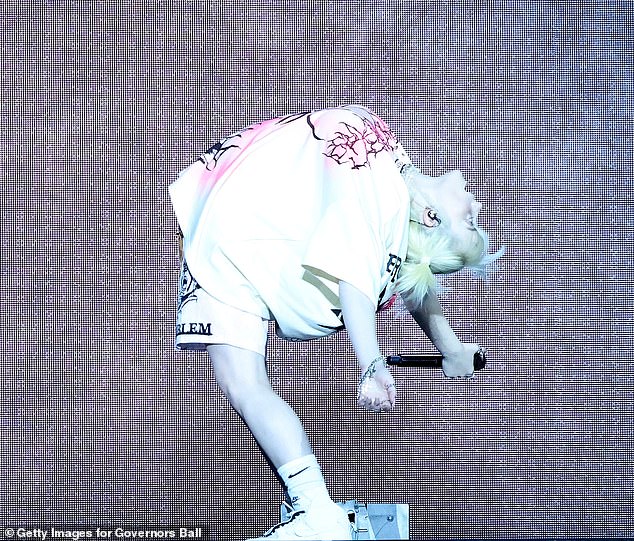 Crowdpleaser: The hitmakers showed off her flexibility as she prowled the stage 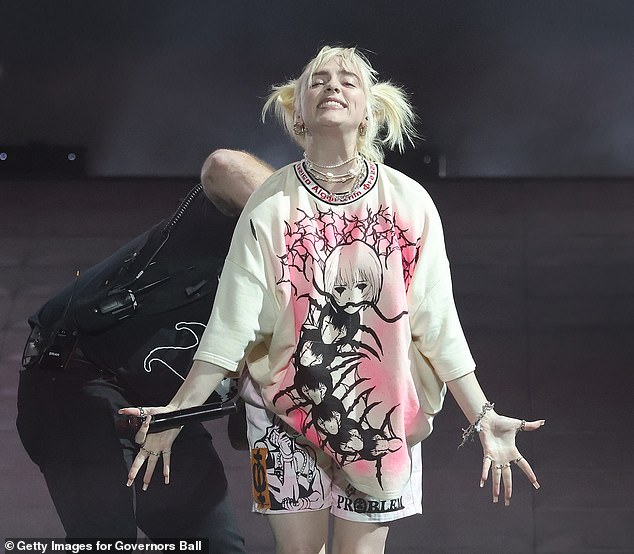 Tops: Eilish’s first album When We All Fall Asleep, Where Do We Go? debuted at the top of the US Billboard 200 and reached No. 1 in the UK in 2019 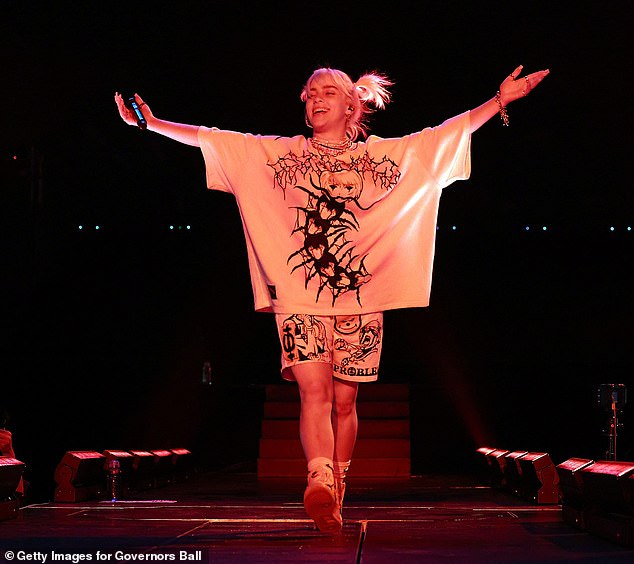 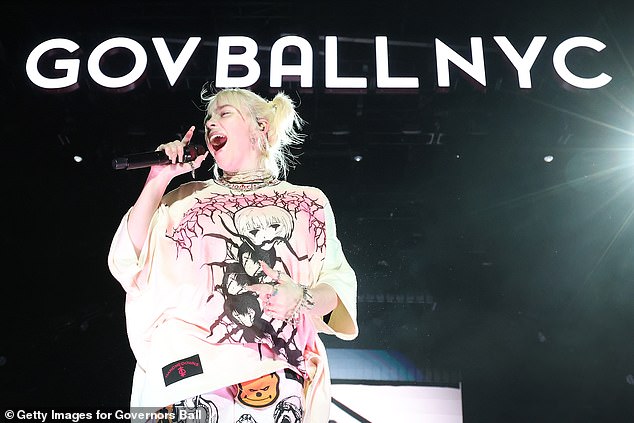 Promo push: Her latest studio album, Happier Than Ever, was proceeded by five singles

Post Malone will be the headlining act for day three of The Governor’s Ball on Sunday.

Tickets on sale at the Governor’s Ball website start at $129 plus fees for single-day General Admission. There were also VIP options, which are sold out. 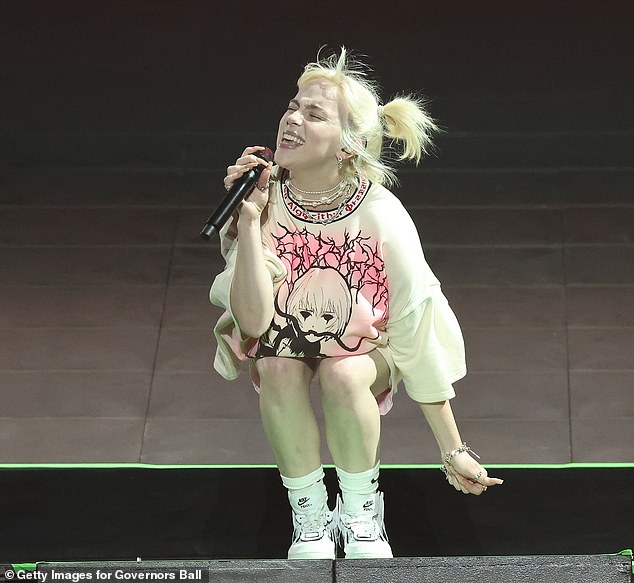 History maker: Eilish is the youngest artist in Grammy history, and second overall, to win all four general field categories: Best New Artist, Record Of The Year, Song Of The Year and Album Of The Year 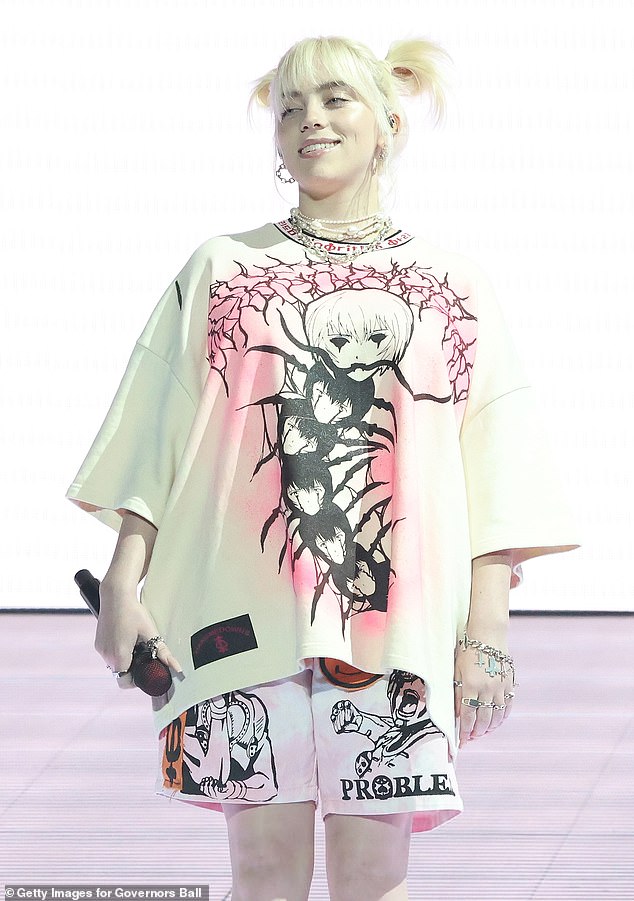 Road warrior: Eilish plans to be on tour in support of her latest album through much of 2022 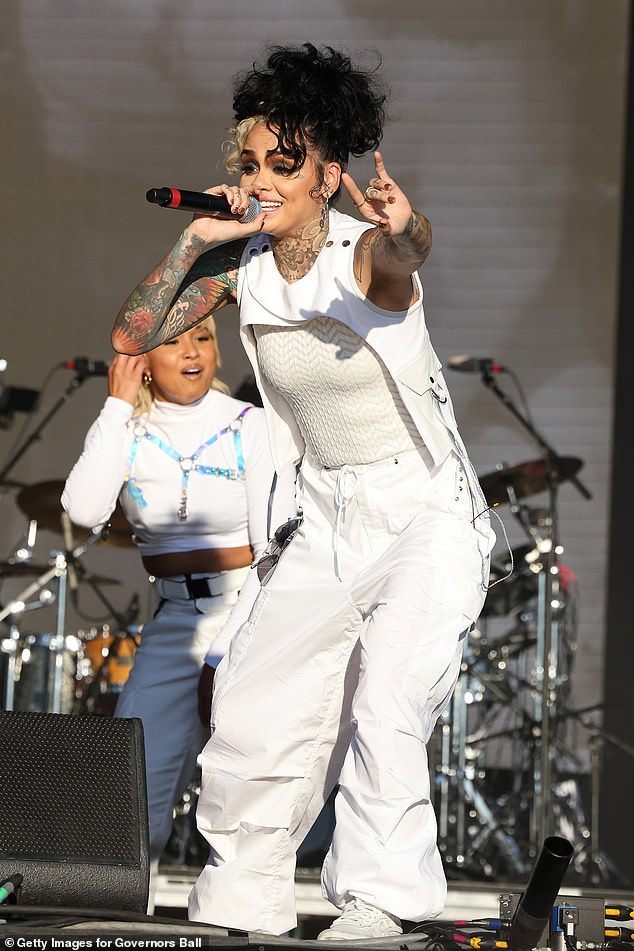 Brining her brand of music: Kehlani was also among the performers who hit the stage for day one of the 2021 Governors Ball Music Festival at Citi Field 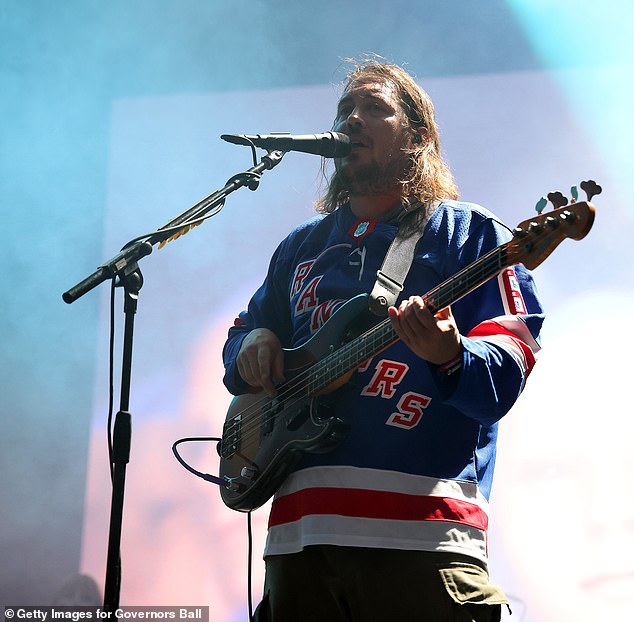 Portugal. The Man was also part of the lineup who warmed the stage for Billie Eilish