Boris Becker and his girlfriend Lilian de Carvalho Monteiro could not keep their hands off each other as they enjoyed a boat trip in Ibiza on Tuesday.

The tennis ace, 53, packed on the PDA with his sizzling partner while relaxing in the warm weather, with the loved-up pair sharing several kisses in and out of the water.

Lilian, who is thought to have been dating the German sportsman since last summer, looked sensational in a yellow bikini with thong bottoms and a scooped top. 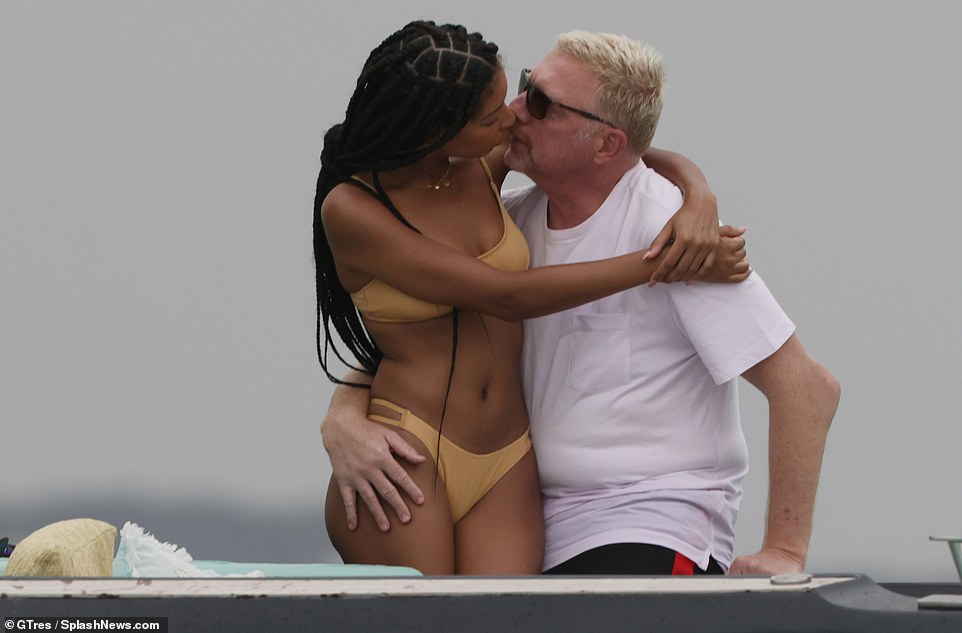 Packing on the PDA! Boris Becker and his girlfriend Lilian de Carvalho Monteiro could not keep their hands off each other as they enjoyed a boat trip in Ibiza on Tuesday

The beauty showcased her toned physique in the tiny two-piece and accessorised her laid-back vacation look with a pretty gold necklace.

Boris also kept things casual for the outing in a white T-shirt and black shorts with a red stripe along the side of the leg, whipping of his top when taking a dip in the water.

As well as making the most of the warm weather with a spot of swimming, the couple also enjoyed some downtime on the boat with Lilian wrapping her long legs around her beau.

They looked relaxed while chatting and cosying up to each other, with Boris also placing a cheeky hand on Lilian’s pert posterior during some of their conversations. 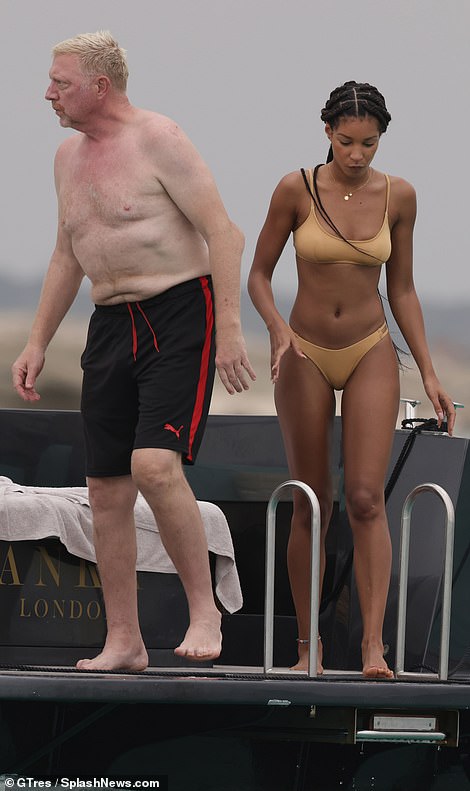 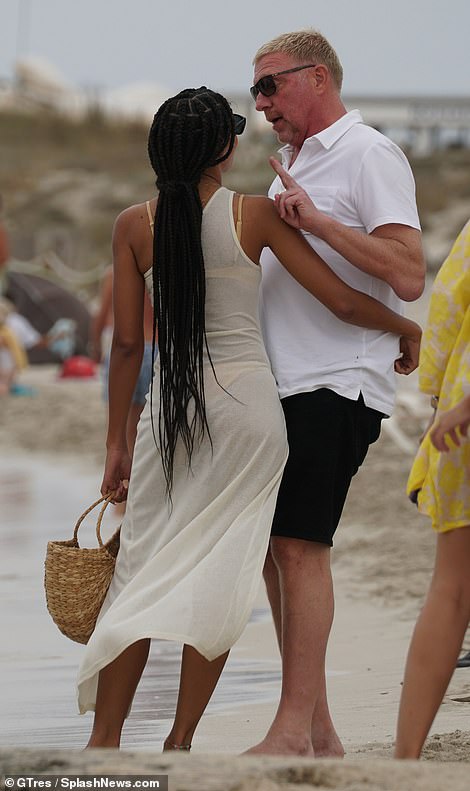 Loved-up: The tennis ace, 53, packed on the PDA with his sizzling partner while relaxing in the warm weather, with the pair sharing several kisses in and out of the water

Lilian was also seen sporting a semi-sheer beach coverup and a pair of sunglasses as well as toting a stylish bag while stood on the sand with her beau.

Although now being in Ibiza, the loved-up couple, who have been linked since June 2020, have also spent time together in London as well as being seen in Dubai back in January during the third UK lockdown.

London-based Lilian is a political risk analyst and has three degrees, including a masters in African studies from the School of Oriental and African Studies, and speaks five languages.

The holiday comes after Boris’ ex-wife Lilly, 45, spoke out about their 2018 split after nine years of marriage. The couple share their son Amadeus, 11. 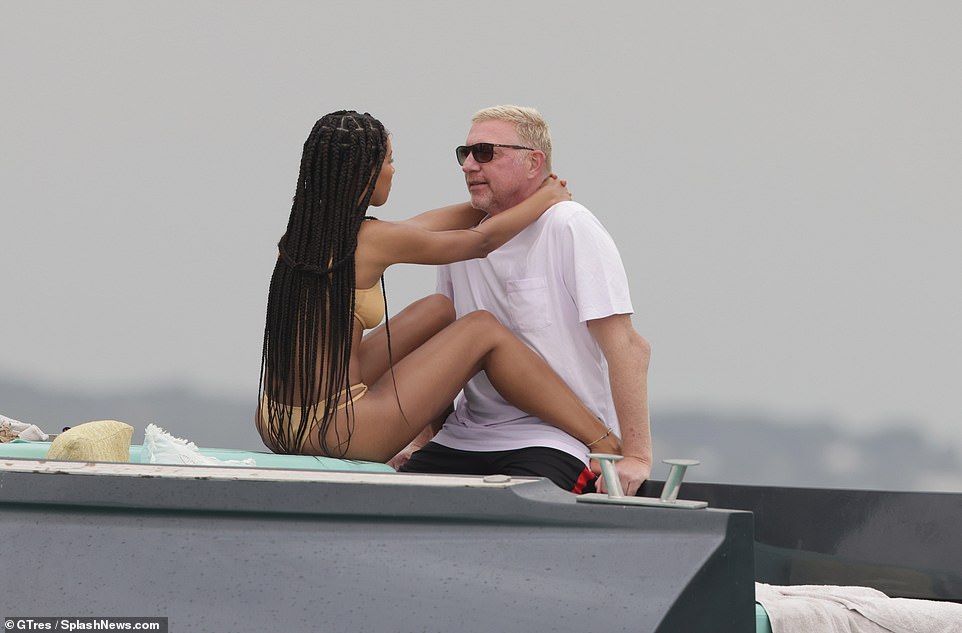 Cosy: Stunning Lilian wrapped her long legs around her beau while they relaxed and chatted on the boat 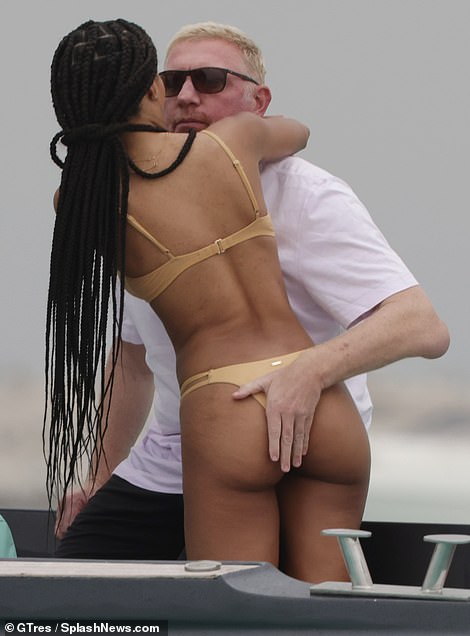 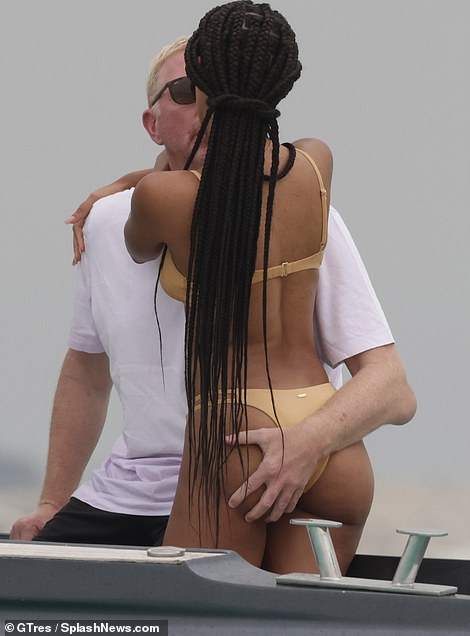 Not holding back! Boris cheekily grabbed his partner’s pert posterior while they enjoyed the warm weather and shared a kiss 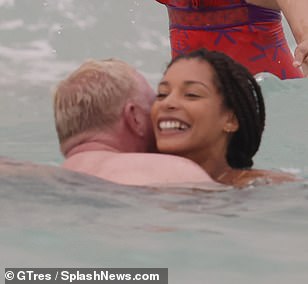 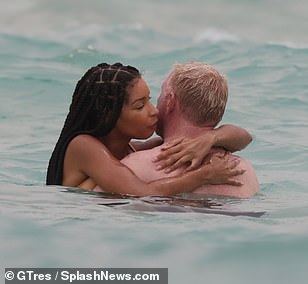 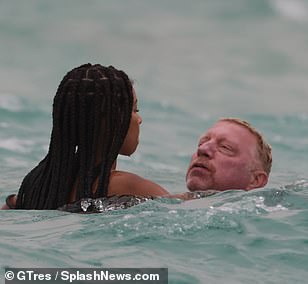 Taking a dip: The couple also jumped into the water, where they shared a few more kisses (left) and Lilian wrapped her arms around Boris (right) 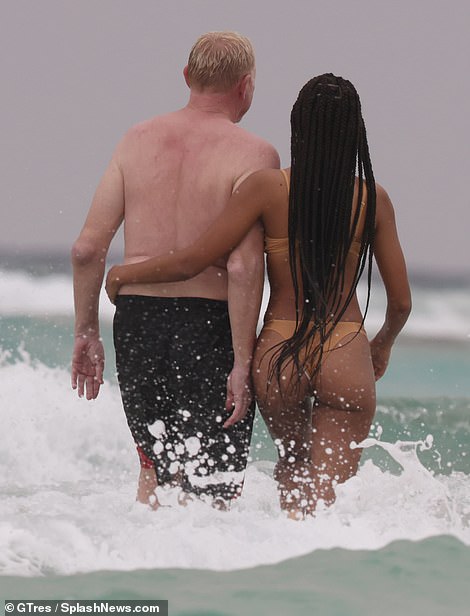 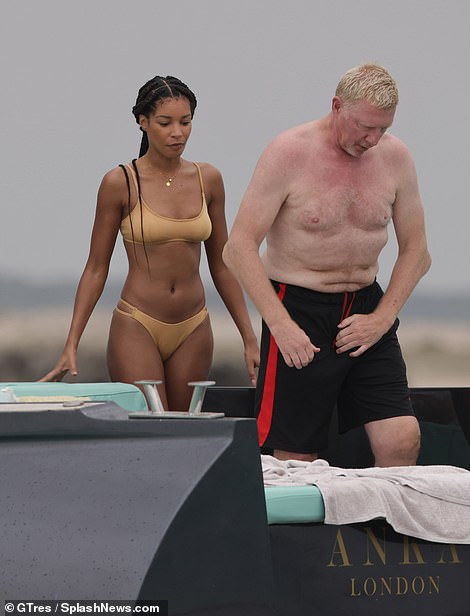 Sizzling: Lilian looked sensational as she showcased her toned figure in a yellow bikini with thong bottoms and a scooped top 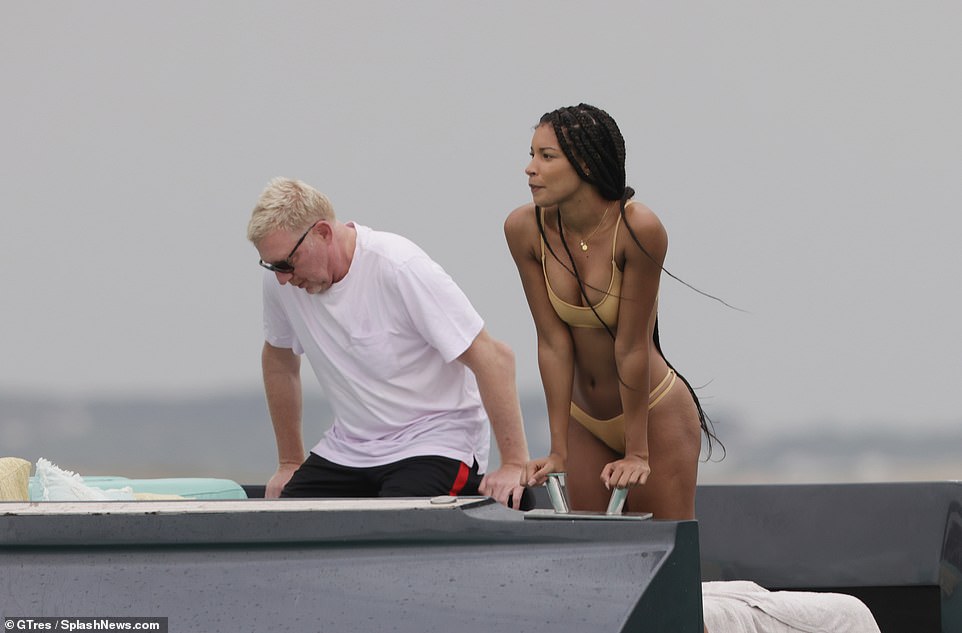 Taking in the view? Lilian rested on the boat while admiring the stunning scenery from the boat

In a new interview with Hello!, Lilly revealed how she and Boris ‘truly tried’ to make their relationship work, and how, three years after their split, she is ready to find love again.

Reflecting on her marriage breakdown, the Dutch model said: ‘Sadly, Boris and I cannot make it work – that is the reality, we have truly tried.

‘I am not full of regrets as he gave me so many wonderful memories and also our incredible son. For that alone I will be truly grateful – you learn and move on. Take the chapter and use it.’

Lilly added that she would like to find love again. ‘I am emotionally ready, so it’s just trying to find the right one. Don’t we all long for that fairytale ending?’, she revealed. 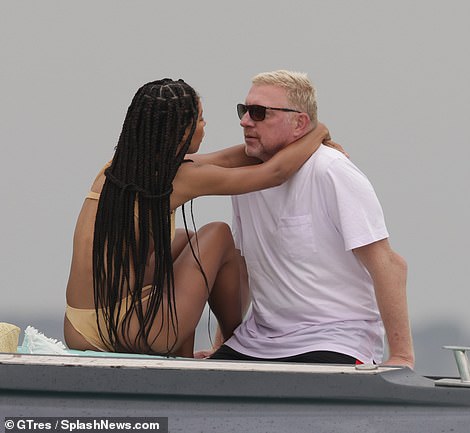 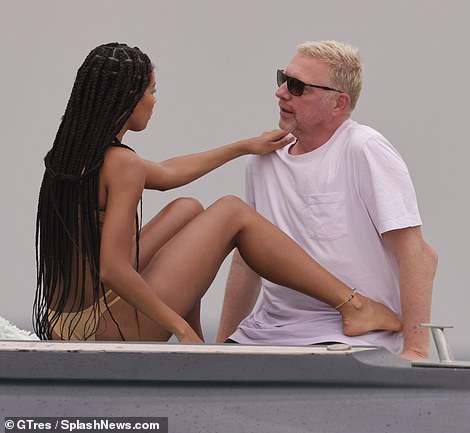 Chatting away: Boris looked besotted with his girlfriend while perched outside with her svelte legs around his sides 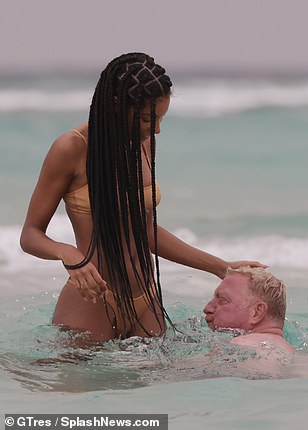 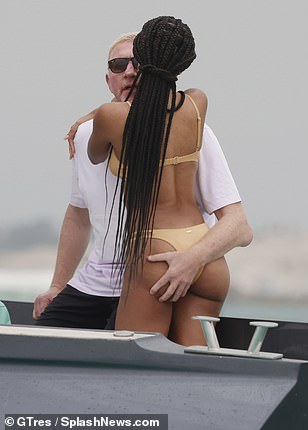 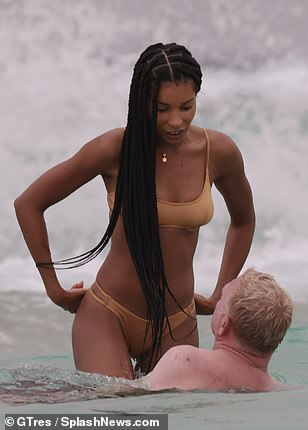 Relationship: The duo have been linked since last summer and since spent time together in London, Dubai and Ibiza 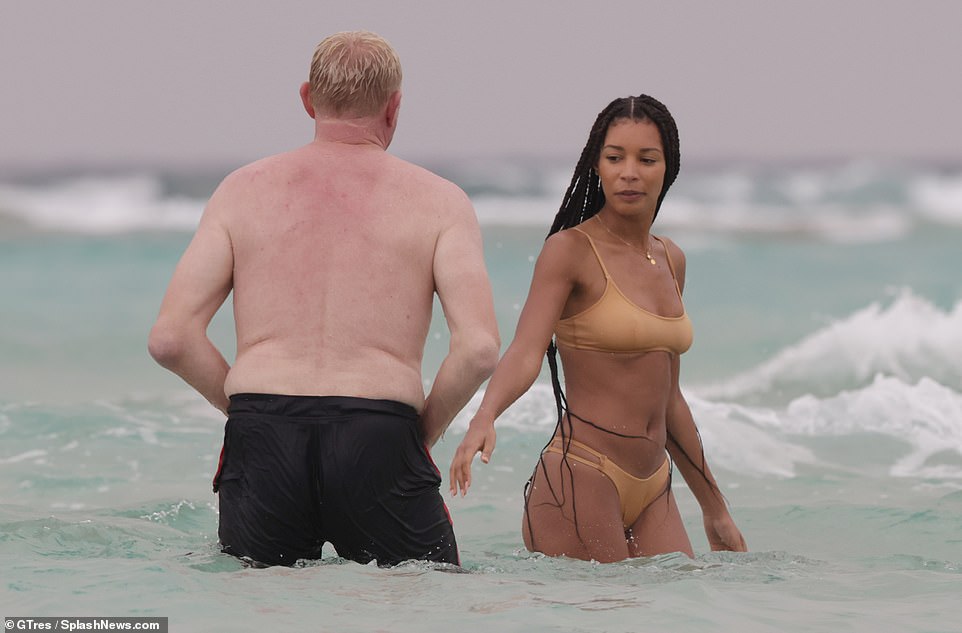 Refreshing: Boris, who was donning black shorts, whipped off his T-shirt for their swim and float in the water 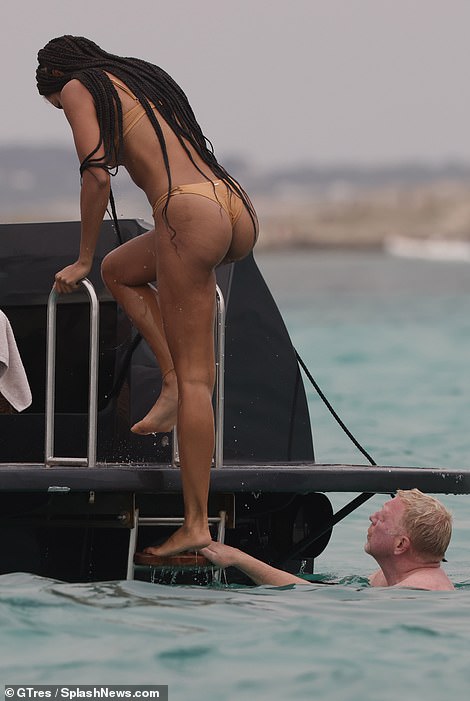 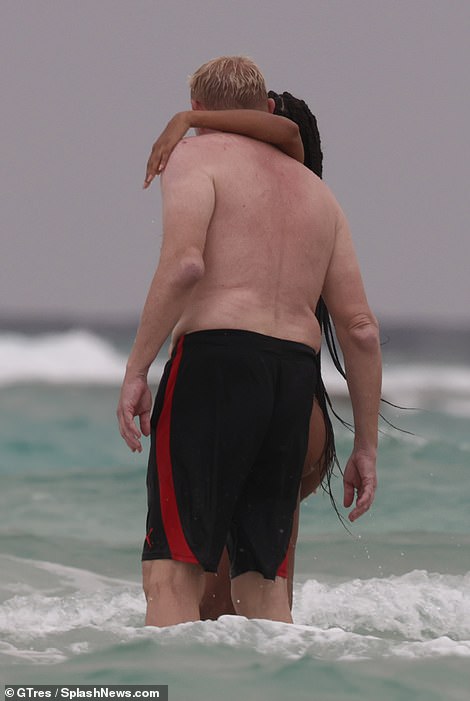 Soaking it up: The couple appeared to be in great spirits as they made the most of their trip despite it looking a little overcast 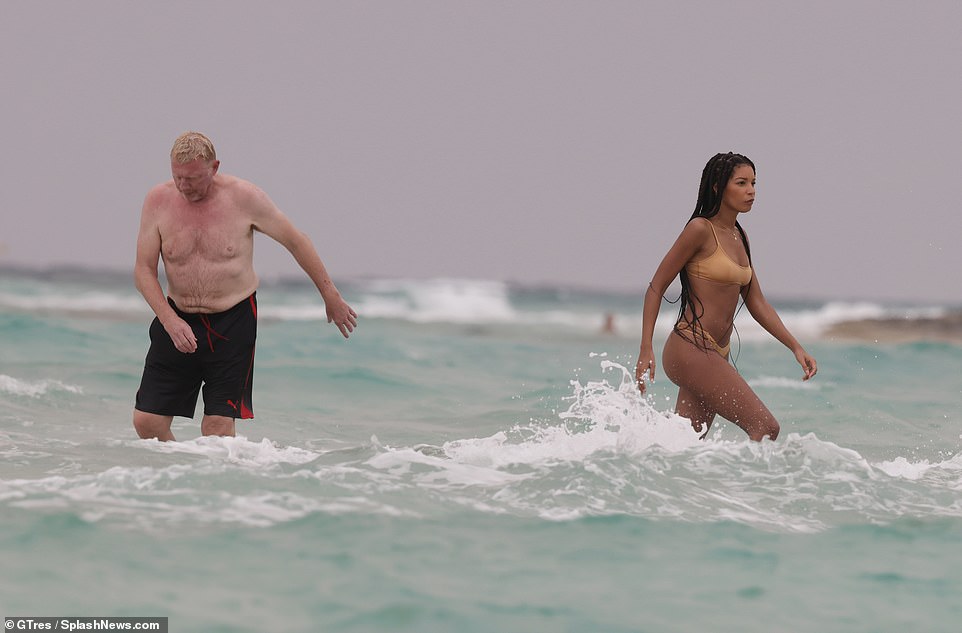 New relationship: Boris was previously married to ex-wife Lilly, 45, but they split in 2018 after nine years of marriage

The model also spoke proudly about their son Amadeus as she revealed he ‘definitely has his father’s genes’ and is ‘very interested in running and tennis’.

The former Wimbledon champion split from model Lilly in 2018 after a 13-year relationship and nine years of marriage, and it is understood that they are still in the ‘final stages’ of divorcing.

In May 2019, the pair reached an agreement after becoming embroiled in a family court dispute over their son. 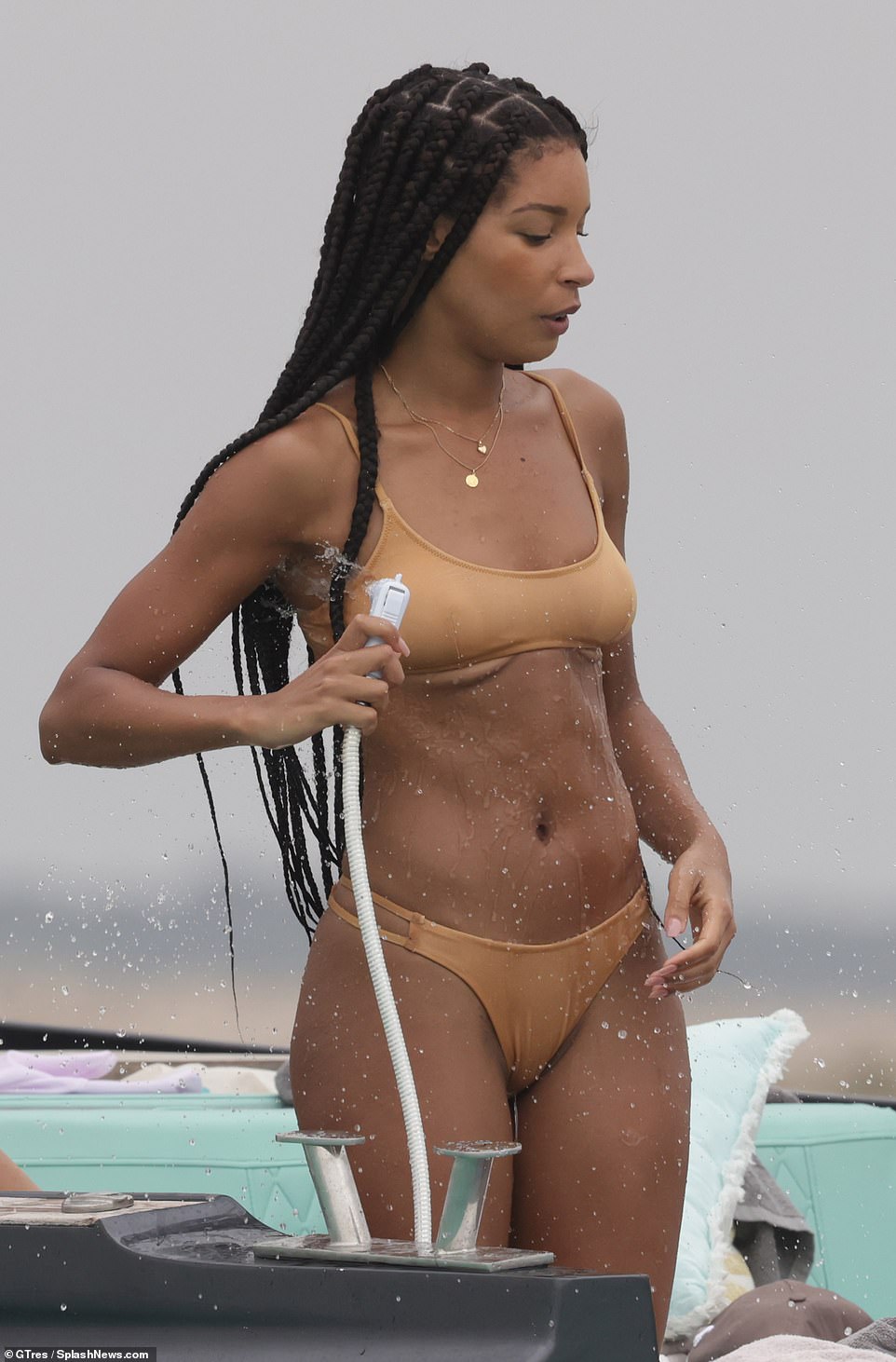 Toned: Lilian sizzled in her tiny two-piece which highlighted her svelte physique and enviable figure 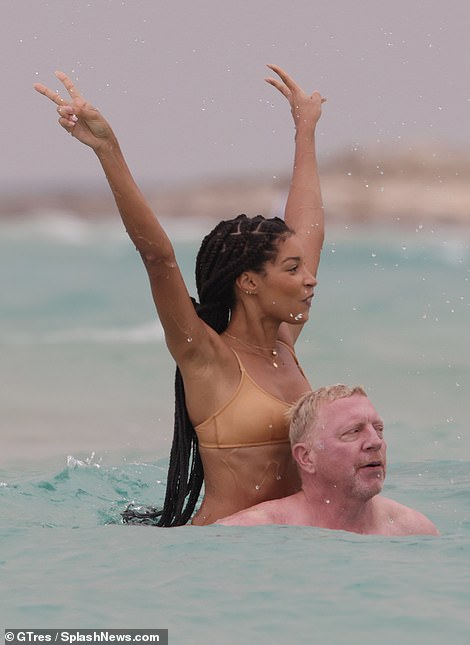 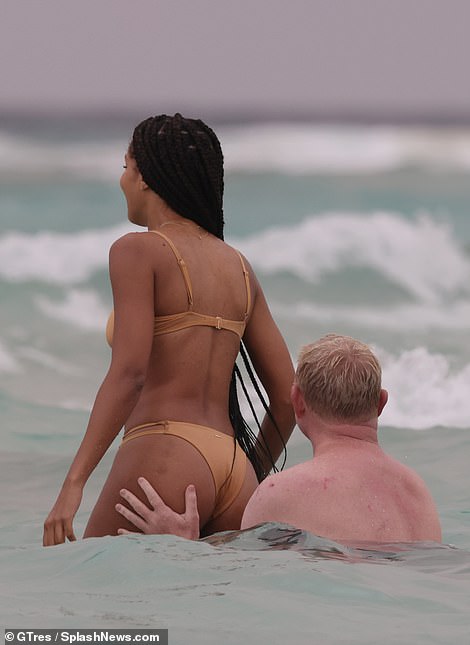 Having fun: The beauty put on an animated display (left) and was full of smiles while getting cosy with her cheeky partner 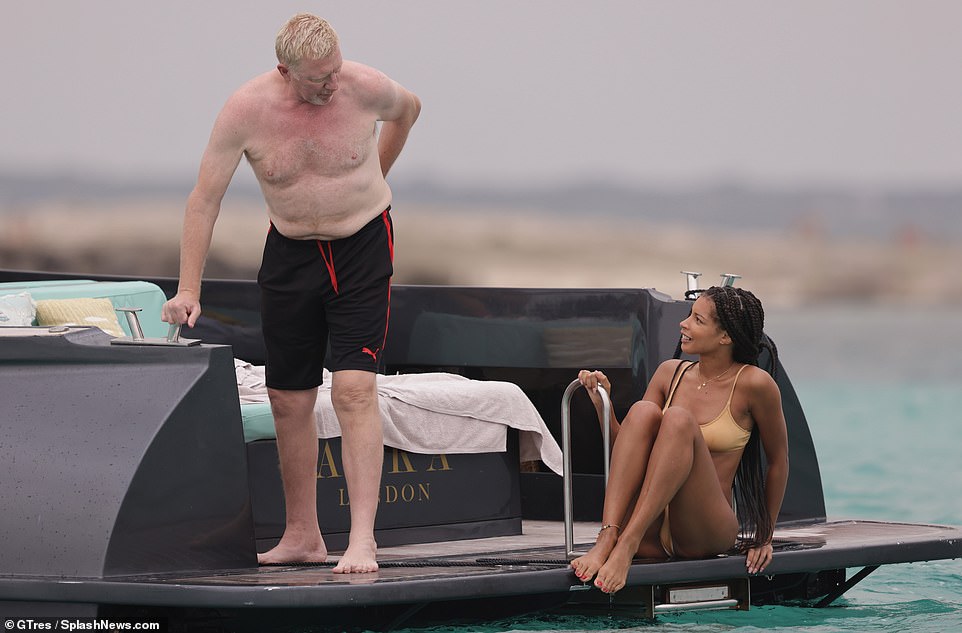 Getting in? Boris seemed unsure about jumping in the water at first, however Lilian appeared to egg him on from the sideline 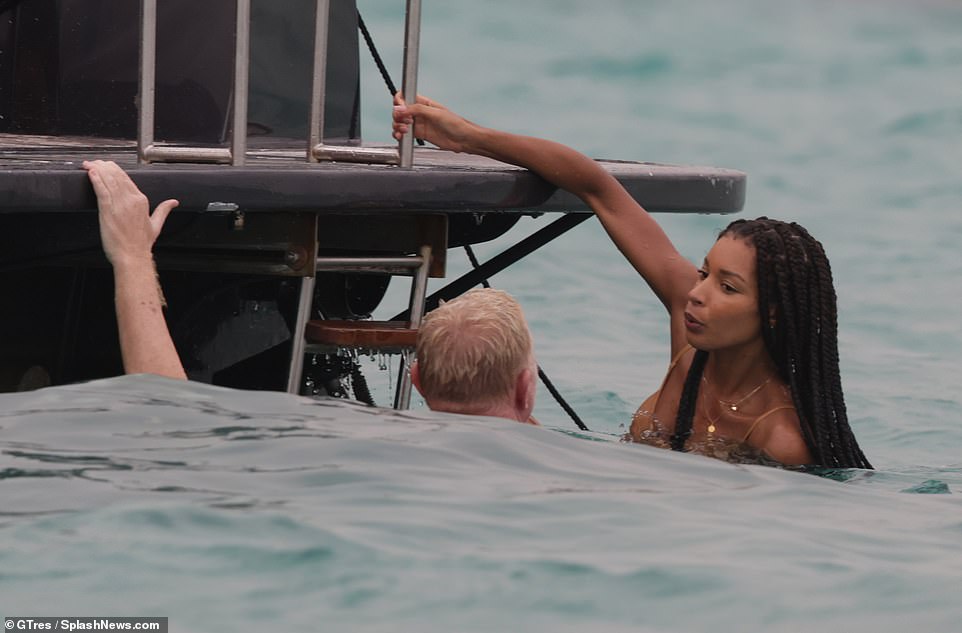 Summer break: Boris and Lilian held onto the boat while chatting to each other before climbing back onto the vessel

Lilly reflected on 2018 after parting ways from her husband of nine years during an interview with Günther Jauch on Germany’s RTL.

She admitted the couple will never rekindle their relationship, insisting: ‘It’s really over between us. 2018 was the worst time of my 42 years. He so grossly disappointed me.’

Speaking on the negative effects of being in the limelight, she went on: ‘What makes it so bad is that everything is happening in public now. But I married a public man, maybe it’s part of it.’

‘Unfortunately, [a reunion would] not work anymore. Too much has happened. I do not want to, he does not, and that’s fine. It’s really over between us.’ 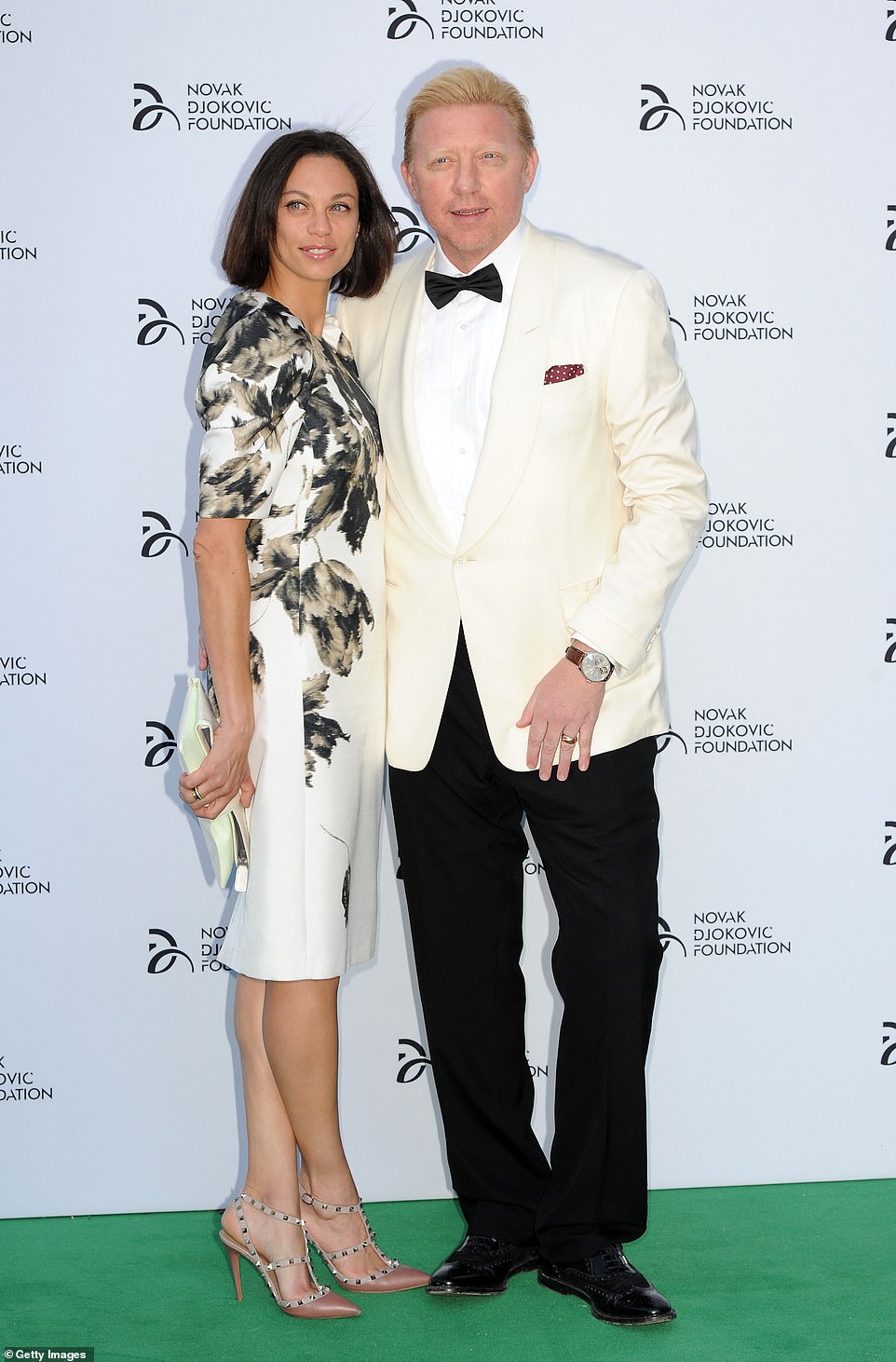 Exes: The former couple parted ways in 2018 after nine years of marriage and have a son Amadeus, 11 (pictured in 2013)