Brandy took to Instagram to share a new video promoting her iconic movie ‘Cinderella’ airing on Disney+ and in it, she wonderfully dressed up as the beautiful fairytale princess once again.

Brandy, 42, gave her longtime fans some nostalgic vibes on Feb. 12 when she transformed herself into the character of Cinderella just like she did 24 years ago! The singer and actress was promoting the release of the 1997 movie Rodgers & Hammerstein’s Cinderella to Disney+ in an Instagram video and got a little cheeky with music from the feature and stardust filters.

The clip starts off with the makeup-free beauty wearing a blue and white striped top as her long hair is down and braided. She’s bobbing her head from side to side while waving around a makeup brush before it cuts to a shot of her transformed into the Cinderella role while making the same movement with the brush. She shows off a memorable off-the-shoulder blue dress similar to the one she wore in the original film, silver gloves, a diamond necklace, and a tiara over an up-do with curly strands hanging down, while her makeup, which includes matching blue eyeshadow, is on point. 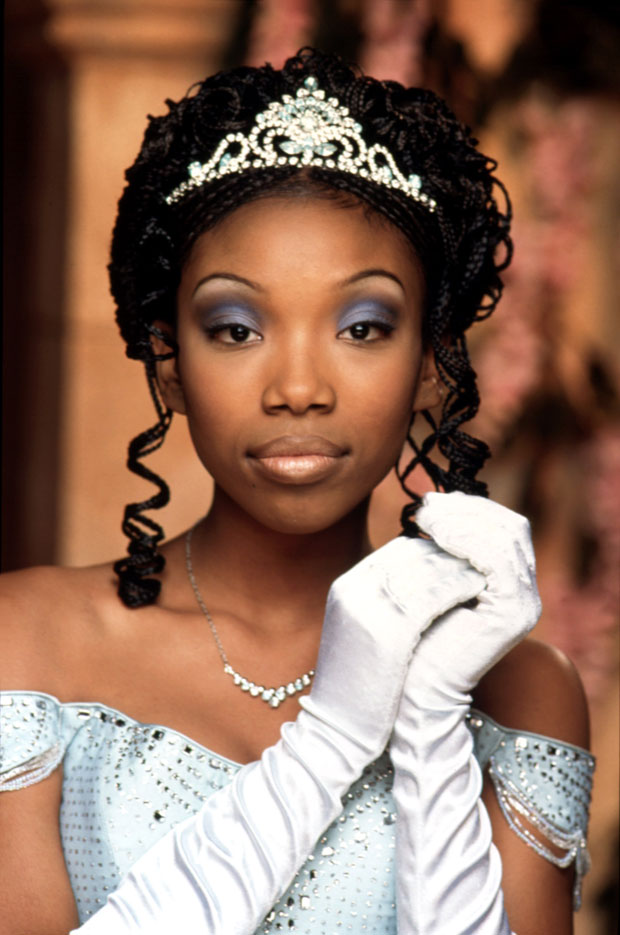 Once she shared the post, it didn’t take long for her fans to comment and they had nothing but kind things to say. “Brandy had to put that Cinderella dress back on and remind people why is an ICON,” one follower wrote while another gushed, “Yes Bran!! 👸🏾 You’re so magical! Looks like you’re having so much fun, I’m so happy for you fave! 💙.” A third said, “I literally love you so much” and a fourth exclaimed, “This just made my heart smile!!! All times fave movie!!🥰❤️.”

Brandy’s participation in Cinderella back in the day helped the talented star combine both her singing and acting abilities and she made an incredible impression among many lovers of the original Disney film. She also had the opportunity to star alongside some other musical and acting greats like Whitney Houston, who played the iconic Fairy Godmother, Whoopi Goldberg, who played Queen Constantina, and Bernadette Peters, who played the Stepmother.

In addition to her transformation video, Brandy shared other eye-catching clips in promotion of the old but new release, including a behind-the-scenes clip of her having a great moment with Whitney. “My Fairy God Mother #Nippy #BTS (never seen this exact version) of @rodgersandhammerstein ‘s
C I N D E R E L L A 💎 now streaming on @disneyplus – forever young and forever grateful! 💎,” she wrote in the caption.