Brian Austin Green kicked off the Memorial Day weekend by spending some quality family time with his three kids and girlfriend Sharna Burgess.

On another warm and sunny day in Los Angeles, the foursome spent the afternoon frolicking in and out of a pool at Green’s lavish Malibu home.

And the Beverly Hills, 90210 star marked the festive occasion by sharing an adorable photo of Burgess and his three sons nestled up together by the edge of the pool. 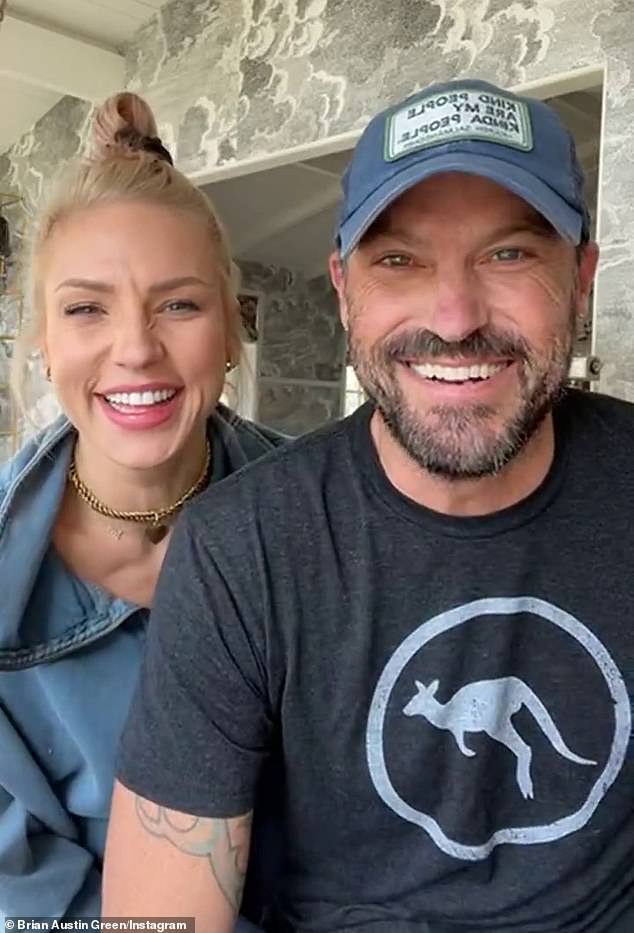 The Dancing With The Stars professional, 35, joined into the conversation and commented, ‘The best days,’ along with a red heart emoji.

In the photo, Burgess is standing behind the boys, Noah, eight, Bodhi, seven, and Journey, four, dressed in a white and black-patterned bikini and her blonde tresses pulled into a top ponytail.

They are all flashing big beaming smiles as Bodhi sported a pair of  swimming goggles. 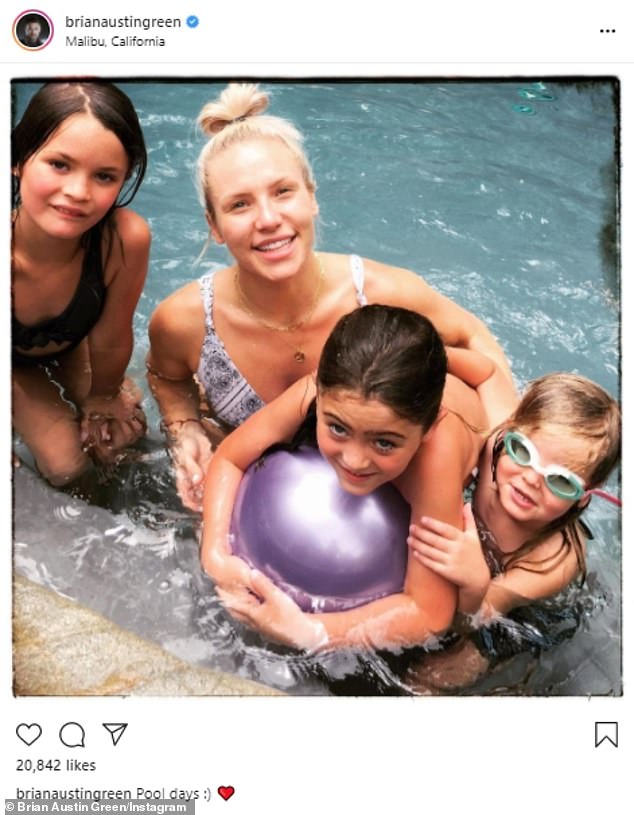 Living the life: ‘Pool days,’ the actor, 47, wrote in the caption 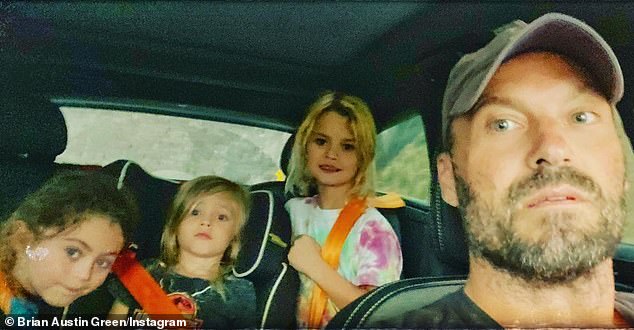 The pair have been dating for about eight months and only went Instagram official in January, which came just weeks after photographers caught them packing on the PDA in Hawaii.

It turns out the new couple wanted to take things slow and keep their relationship private for as long as possible.

‘That anonymity, that little secret that was just ours, we kept that for as long as we could,’ Burgess told Entertainment Tonight.

‘We took out time and we really got to know each other for who we are on the inside. And we really built something beautiful.’ 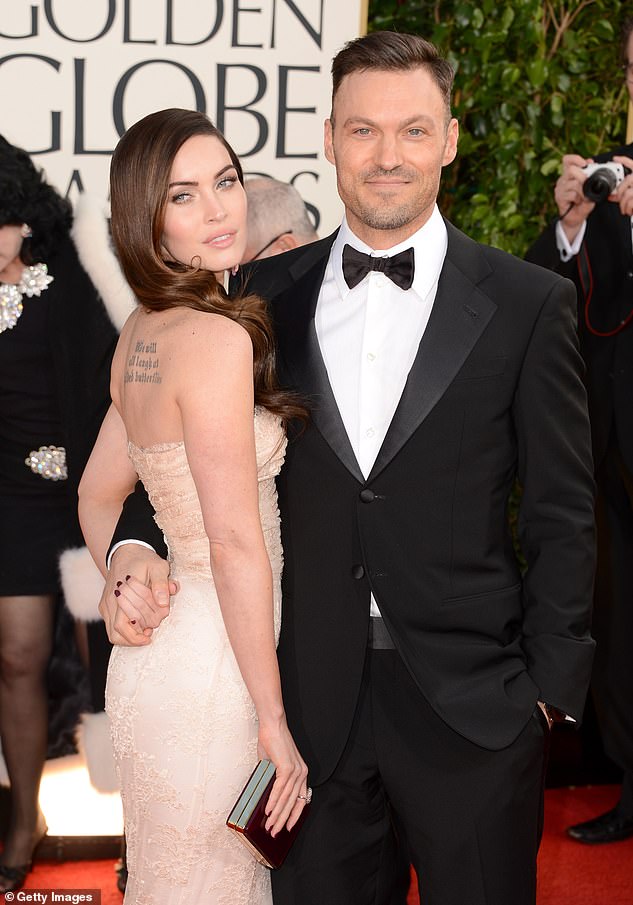 The former couple announced they had separated in May 2020 after nearly 10-years of marriage.

The Anger Management alum is also the proud father to a 19-year-old son Kassius, whom he shares with ex-girlfriend and actress Vanessa Marcil.

Green is currently a panelist on The Masked Dancer alongside Paula Abdul, Ken Jeong and Ashley Tisdale, with Craig Robinson serving as host. 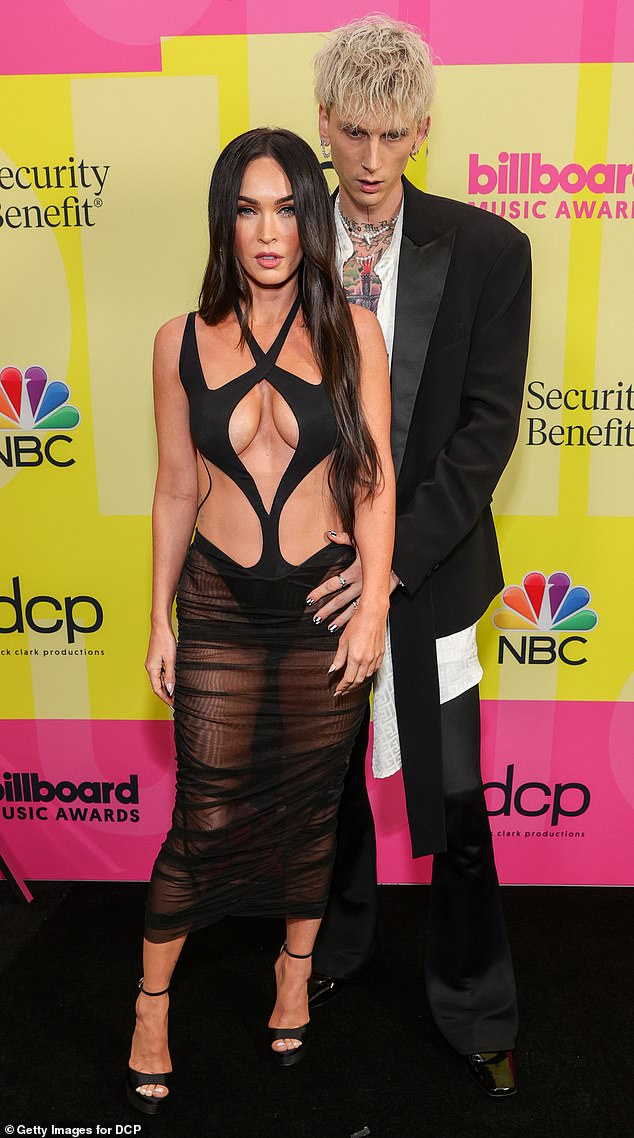 Moved on: Green’s estranged wife has been dating Machine Gun Kelly for five months; the hot and heavy couple are pictured at the 2021 Billboard Awards in Los Angeles on May 23, 2021