The co-stars will return for the latest instalment in the long-running franchise this June, with the blockbuster expected to dominate box office sales after its 2018 predecessor – Jurassic World: Fallen Kingdom – raked in $1.310billion.

Greeting fans at the Cinepolis Oasis in a sweltering Mexico City, Bryce, 41, ensured she stood out in a plunging blue gown that fully exposed her cleavage. 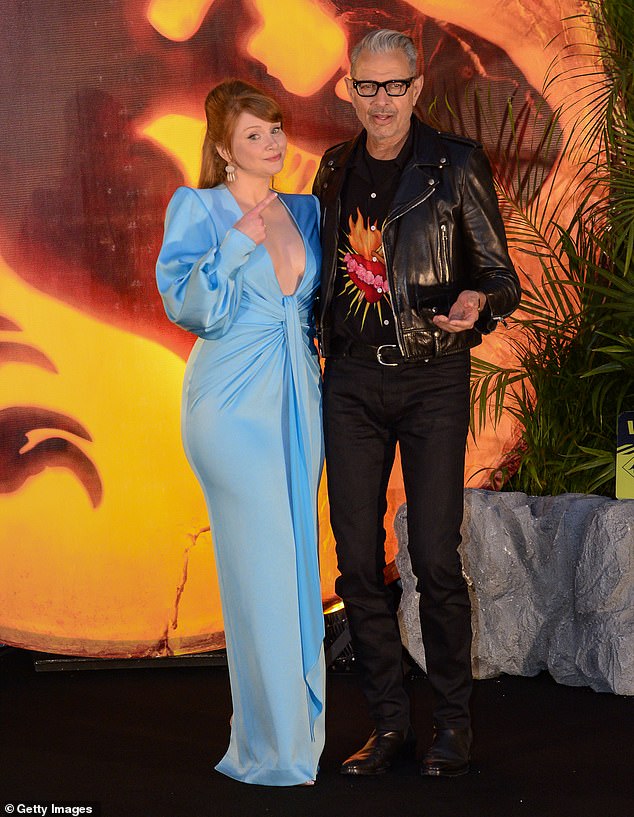 The actress, who plays dinosaur rights activist Claire Dearing, added to her look with tasteful statement earrings, while her trademark ginger hair was styled in an elegant bouffant.

Joining his co-star, screen veteran Jeff, 69, opted for a rather more casual leather jacket, T-shirt and jeans as they addressed fans from the venue’s stage.

The celebrated actor returns to the Jurassic franchise as gifted mathematician Dr. Ian Malcolm for the fourth time, having first played the character in Steven Spielberg’s groundbreaking 1993 blockbuster Jurassic Park.

While leading man Chris Pratt was absent on Monday, the pair were joined by co-star DeWanda Wise, who plays Kayla Watts in the new film, and Jurassic Park Dominion director Colin Trevorrow. 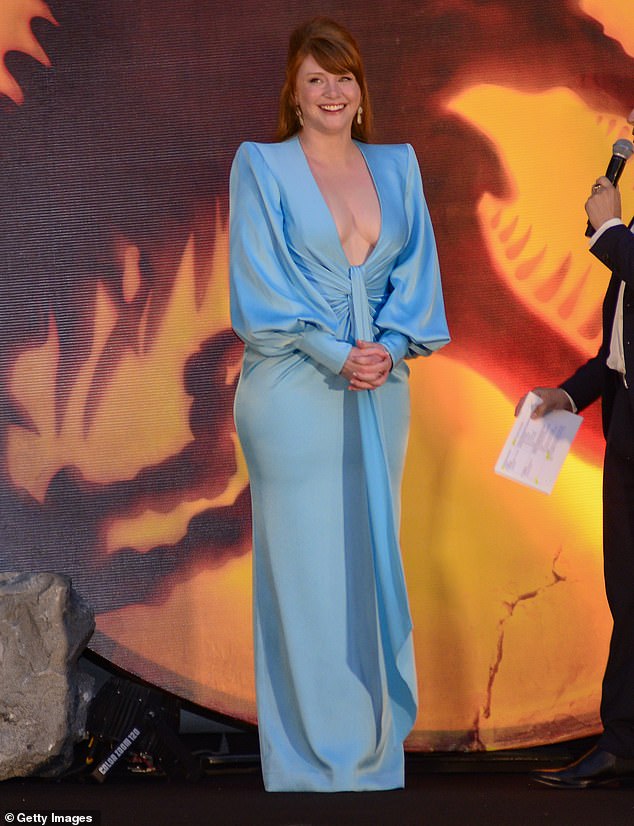 Looking good: Greeting fans at the Cinepolis Oasis in a sweltering Mexico City, Bryce, 41, ensured she stood out in a plunging blue gown that fully exposed her cleavage 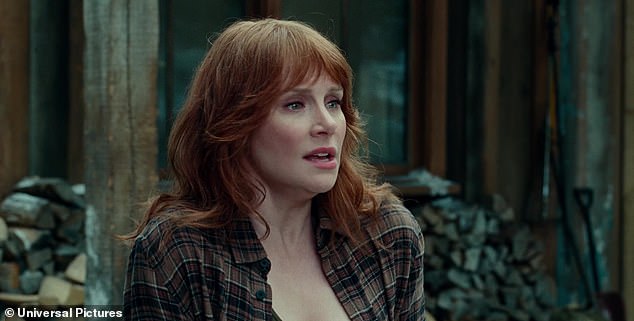 Coming soon: The actress will return for her third outing as Claire Dearing in Jurassic World Dominion 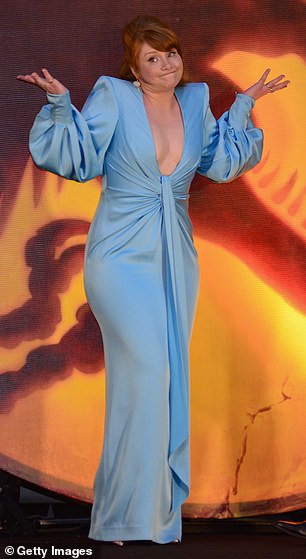 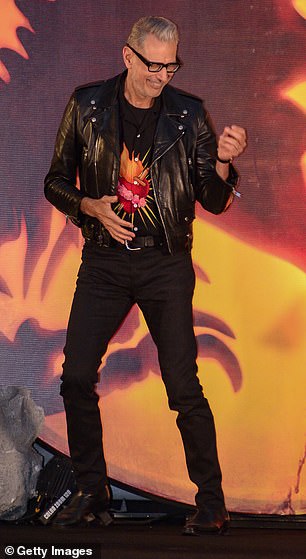 In good company: The actress was joined by screen veteran Jeff, who dressed down in a leather jacket, T-shirt and skinny jeans 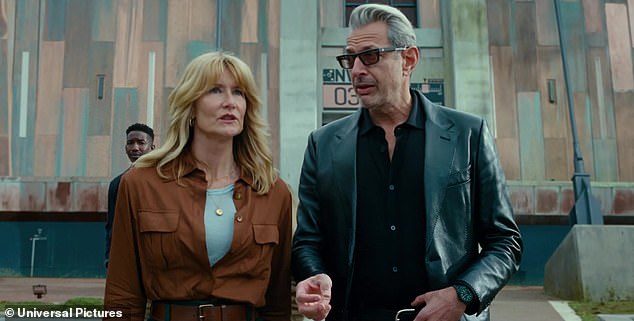 Familiar faces: Jeff is also back as Dr. Ian Malcolm alongside Jurassic Park co-star and former off-screen girlfriend Laura Dern, who returns to the franchise as Dr. Ellie Sattler 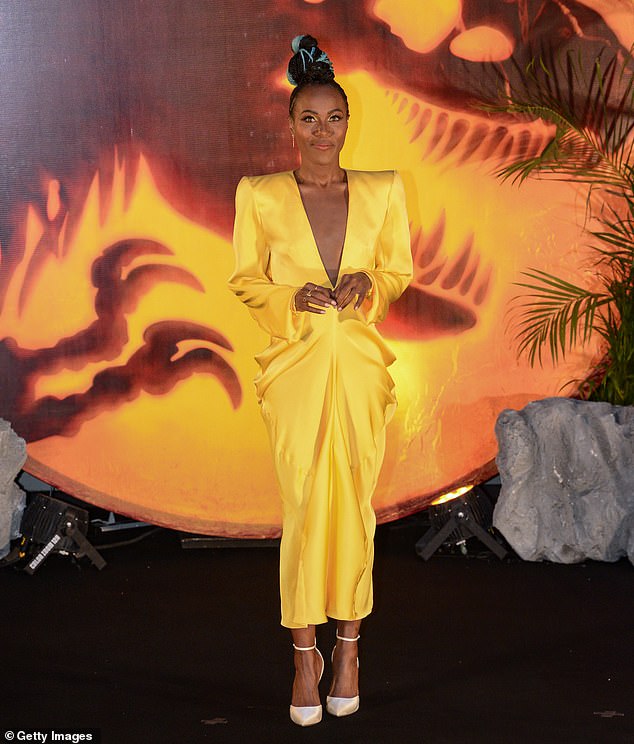 In attendance: Actress DeWanda Wise, who plays Kayla Watts in the new film, was also present at the event in Mexico City

Fans of the franchise are excited as the new film is bringing back the three main actors from the first trilogy – Sam Neill, Laura Dern and Goldblum – as well as Bryce, who has starred alongside leading man Chris Pratt in the most recent three.

Of the inclusion of the pioneering actors, Pratt recently said: ‘These folks were cemented in my mind as icons, so to be working with them is a dream come true.’

The synopsis of the film via IMDB.com reads: ‘Four years after the destruction of Isla Nublar, dinosaurs now live–and hunt–alongside humans all over the world. 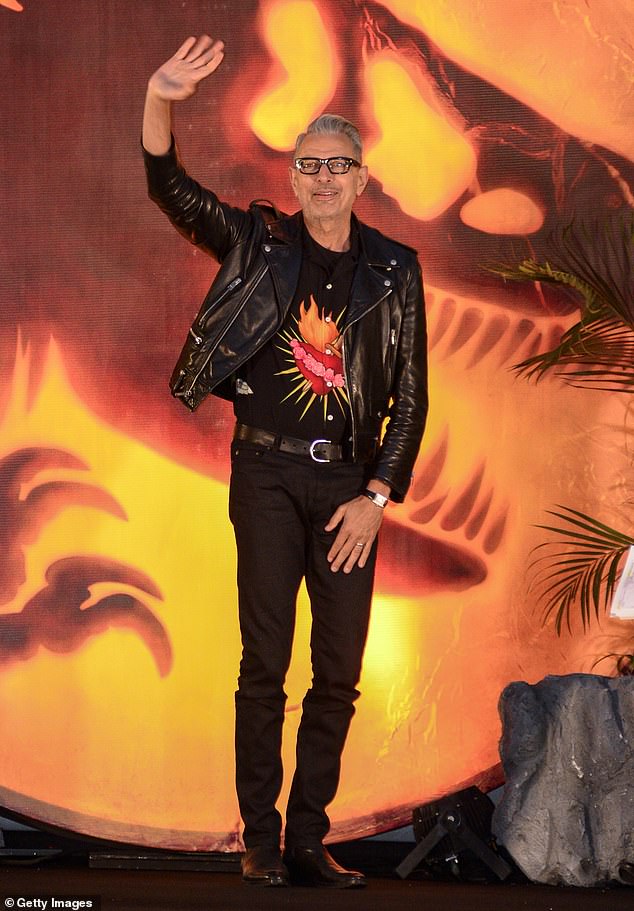 Greetings! Jeff acknowledged fans with a cheerful wave as he was introduced on Monday 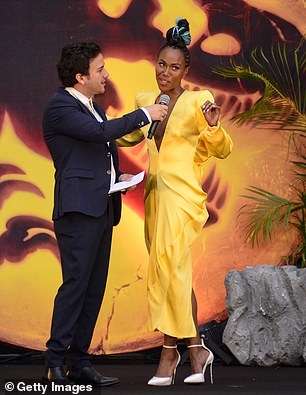 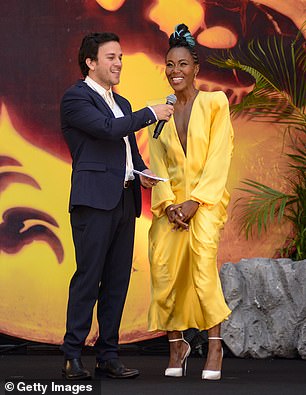 Let’s talk: DeWanda looked stunning in a plunging gold dress as she talked about her latest role in the forthcoming film 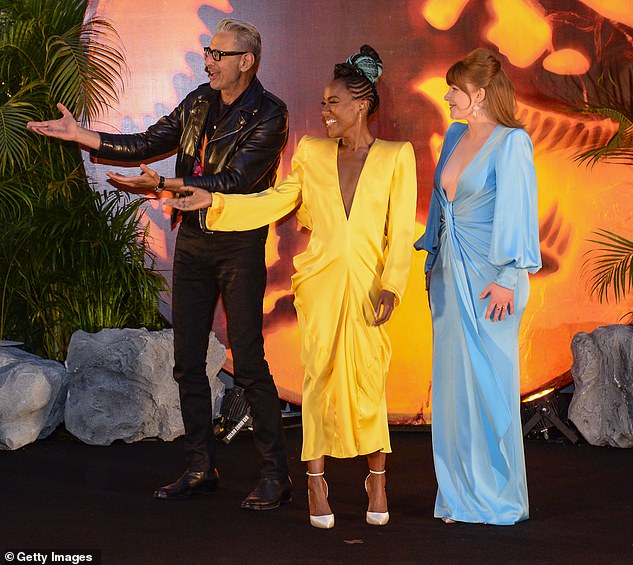 Three’s company: Jeff, DeWanda and Bryce appeared to be the only stars in attendance at the special event

‘This fragile balance will reshape the future and determine, once and for all, whether human beings are to remain the apex predators on a planet they now share with history’s most fearsome creatures in a new Era.’

Filming began in Canada in February 2020 and moved to other locations in England the following month.

In March 2020, production was put on hiatus as a safety precaution due to the COVID-19 pandemic. Production resumed in July 2020, and concluded four months later in November.

Jurassic World: Dominion is set for release in the US and UK next month on Friday, June 10.

Watch out: Fan can expect plenty of this when the new film is released this summer 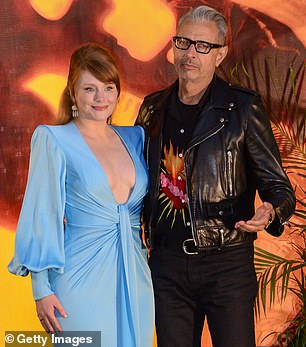 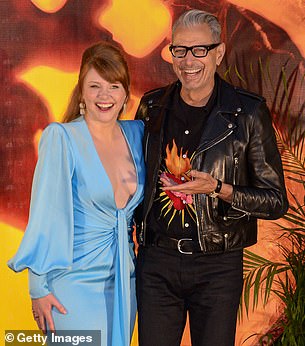 Welcome back: Bryce will return as dinosaur rights activist Claire Dearing, while Jeff reprises his role as gifted mathematician Dr. Ian Malcolm for the fourth time 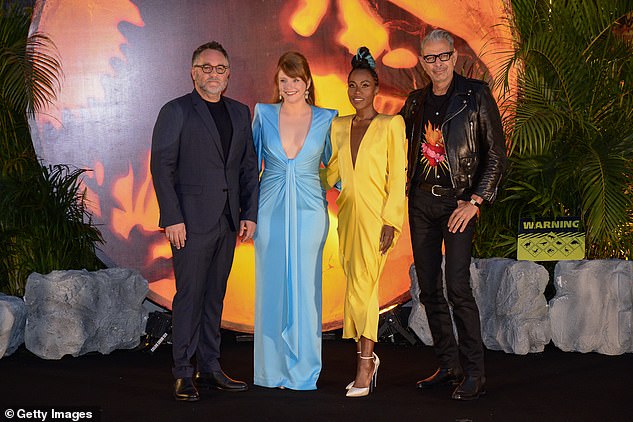