I’m not a parent, but it feels like “never pick a favorite kid” should be a cardinal rule since that has the potential to start family drama, right? Caitlyn Jenner doesn’t seem to mind though, because during her recent appearance on Dear Media’s The Skinny Confidential Him & Her podcast, she talked about her daughters Kendall and Kylie Jenner and straight-up said she has an extra special bond with Kylie.

While Caitlyn said picking her favorite child “depends on the day,” she added that “Kylie is just the exception to the rule…I mean, she’s just—all the stars came together.”

That doesn’t mean Caitlyn and Kendall don’t have a solid bond, though. Caitlyn sees a lot of herself in Kendall. “[We] have a lot in common,” she said. “She’s very athletic. We kind of both had the same attitude towards life.” Comparing her relationship with Kendall to her relationship with Kylie, Caitlyn said she “gets along very well with the two of them, but Kylie and I just seem to be closer most of the time.” 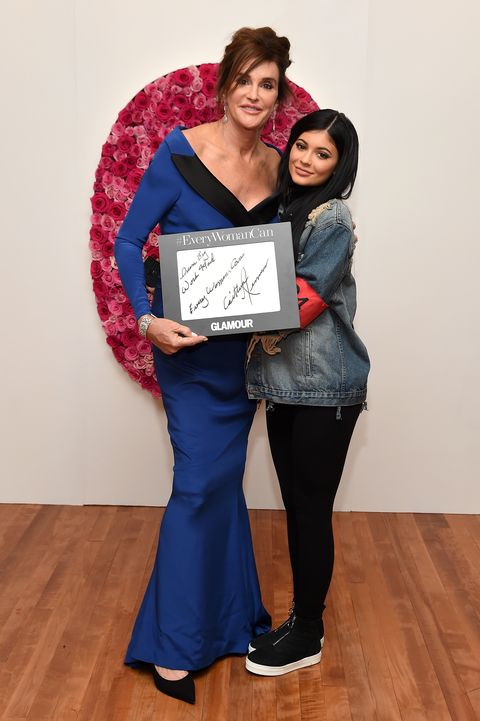 Part of why Caitlyn feels close to Kylie is because they spend more time together (and with Caitlyn’s close friend Sophia Hutchins). “Kendall’s off kind of doing her thing, and Kylie, like, I had dinner last night at Kylie’s house,” Caitlyn said. “So [it’s] Sophia, Kylie, and myself, just three of us, nobody around…[we] just have a glass of wine and talk about stuff and this and that. And so from that standpoint, we’re a lot closer. Kendall’s not that—she’s always very kind of a little bit more secretive. We’re still very close, but it’s kind of harder to figure out, where Kylie’s more of an open book.”

Welp, wishing the Jenner girls good luck at their next fam dinner because this is a little awk.