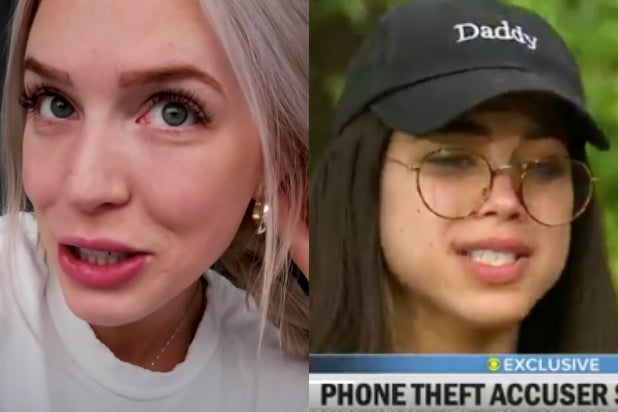 “Call Her Daddy” host Alexandra Cooper wants everyone to know that the “Daddy” hat Miya Ponsetto wore in an interview with CBS News is not “CHD” merch.

“This isn’t CHD merch but let’s be very clear,” wrote the host of the popular Barstool podcast on her Instagram story Friday. “This human is not a daddy.”

For the uninitiated, listeners of Cooper’s weekly show are called the Daddy Gang. One of Cooper’s 2 million Instagram followers, apparently unaware that Ponsetto was seen last month in a viral video confronting a Black teen and falsely accusing him of stealing her phone, messaged the host to ask if she was making fun of the young woman’s appearance.

“Lol anyone that doesn’t know who the girl i posted is… I’m not commenting on her looks,” wrote Cooper, known by her fans as the Father, in a second Instagram story. “I’m commenting on her disturbing actions. Her face has nothing to do with it.”

Ponsetto’s CBS News interview made the rounds online Friday for a few reasons. For one, she cut off “CBS This Morning” host Gayle King mid-sentence while insisting her actions were not racist. Second of all, she was arrested Thursday after taping the interview. Finally, she was wearing a hat that said “Daddy,” which she did not explain.

When the interview clip finished rolling Friday morning, King told her morning show co-hosts that Ponsetto’s lawyer had asked her to take the hat off. The young woman, King said, “refused.”