Carol Vorderman, 60, says she feels ‘positively SICK’ at the thought of a relationship as she declares she’s ‘very happy as a badly behaved singleton’

Carol Vorderman has revealed she feels ‘positively sick’ at the thought of being in another relationship.

The former Countdown presenter, 60, whose former flames include pilot Graham Duff, who she split from in 2016, and PR consultant  Des Kelly, who she parted from in 2007, said she’s ‘VERY happy as a badly behaved singleton’.

She told The Telegraph: ‘The thought of sharing my life with someone again makes me feel positively sick.’ 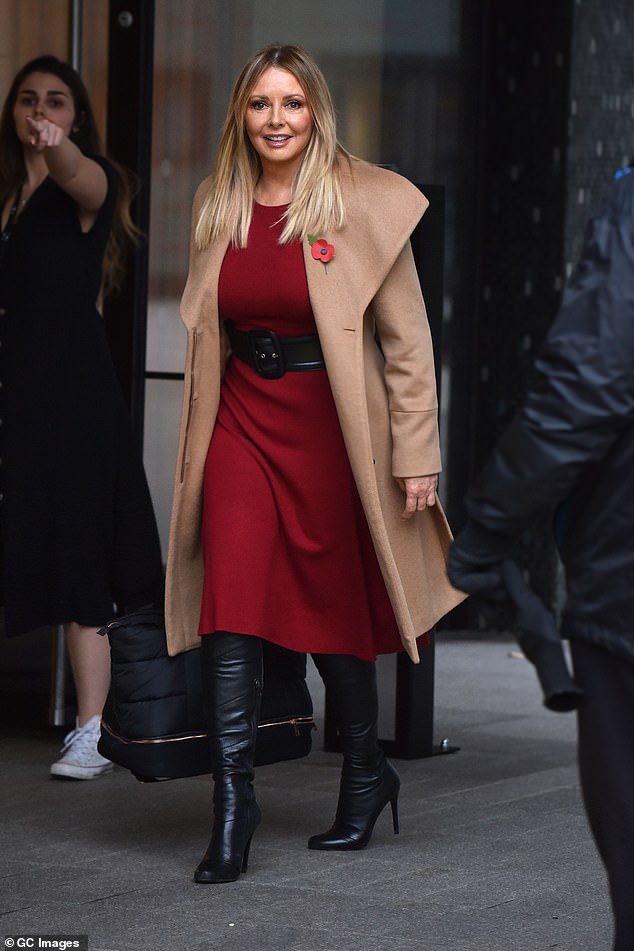 Don’t hold back! Carol Vorderman has revealed she feels ‘positively sick’ at the thought of being in another relationship

She also took to Twitter to laugh about her declaration, tweeting: ‘Oh.. I make myself laugh sometimes…. Headline in today’s @TheTelegraph….”the thought of living with someone again makes me feel positively sick”…

‘My way of saying I’m VERY happy as a badly behaved singleton.’

Since then Carol has been linked to PR consultant Des, whom she dated for five years, and pilot Graham, known as Duffy, who was 14 years younger than her. 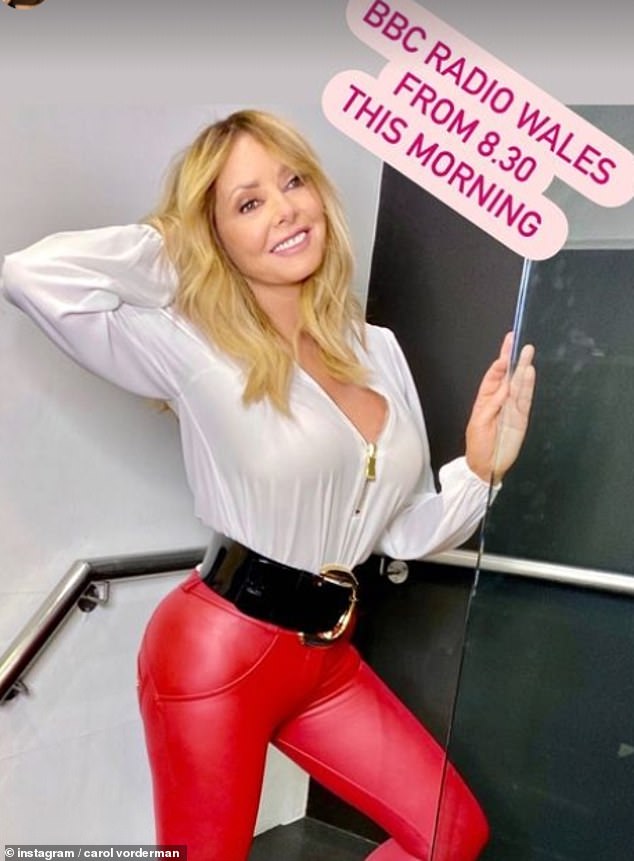 Living her best life: The former Countdown presenter, 60, has been married twice

Despite not being with anyone in more recent years, Carol has been busy with work commitments.

She said: ‘I’ve had nearly four decades of working six or seven days a week and now I just want to do the bits I want to do. I have a ridiculously happy and absurd life.’

Carol also reflected on her many achievements, which include being a pilot, an author of education books and sitting on an American education board alongside astronauts, as she marked her 60th birthday.

She is also set to return to TV on Tuesday January 5 with her new show Carol Vorderman: Closer To Home which will see the presenter return to North Wales.

Carol grew up in the area and will look into how much things have changed and also meet up with her step-siblings to chat about their dad. 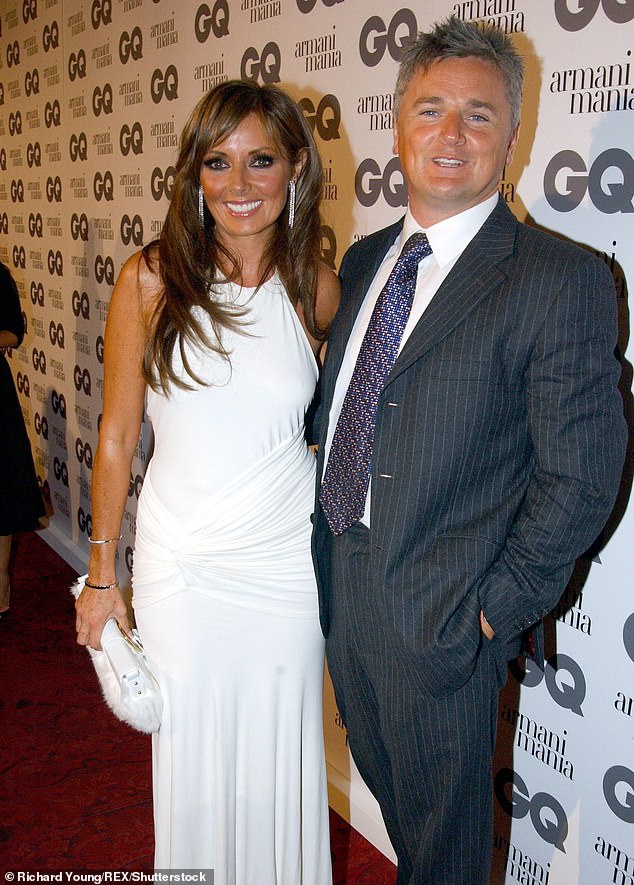 Former flame: The TV star was romantically linked to Des Kelly, who she dated for five years (pictured in 2004)

Carol was raised by stepfather after her mother and biological dad, then 40, split when she was just three weeks old following his affair with a 16-year-old.

However despite all her success, Carol expressed her frustration that much of the attention she receives can be for her appearance.

She told the publication: ‘When I was 39, I was on the box five nights a week earning millions of pounds a year.. then I went to the Baftas in a short blue dress, papers went mental for months.’

It comes after Carol played her own assets for laughs as she prepared for her usual slot on BBC Radio Wales. 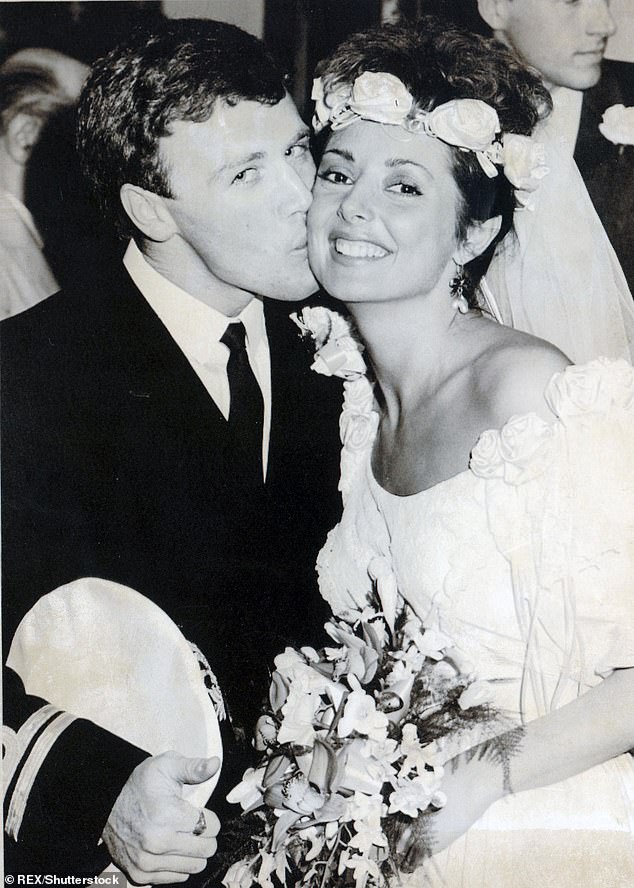 First love: Carol was married to Christopher Mather from 1985 to 1986 (pictured on their wedding day at  St. Urbans Church, Headingly) 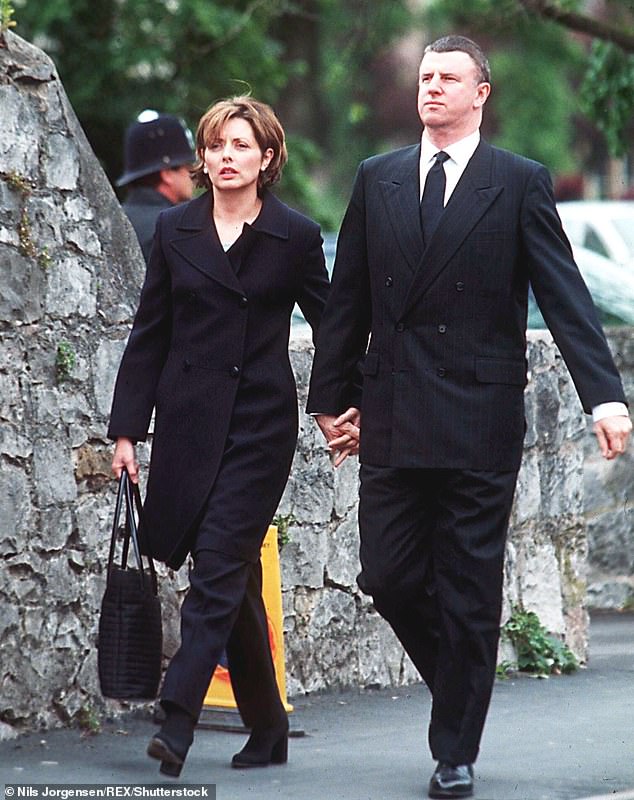 She saw the funny side after noticing a studio webcam was trained on her prominent chest as she prepared to share social media content ahead of her show on Monday morning.

Taking to Instagram, Carol – who celebrated her 60th birthday on Christmas Eve – posted a snap of the webcam screen filled with an image of her curvaceous upper body as she sat in her booth.

Captioning the shot, she quipped: ‘Um… move the bl**dy webcam!’

In an second image, the presenter revealed the camera angle had been partially adjusted so only her face was visible.

Playfully acknowledging the adjustment, she joked: ‘Ah… there she is!!! BBC Radio Wales webcam sorted.’ 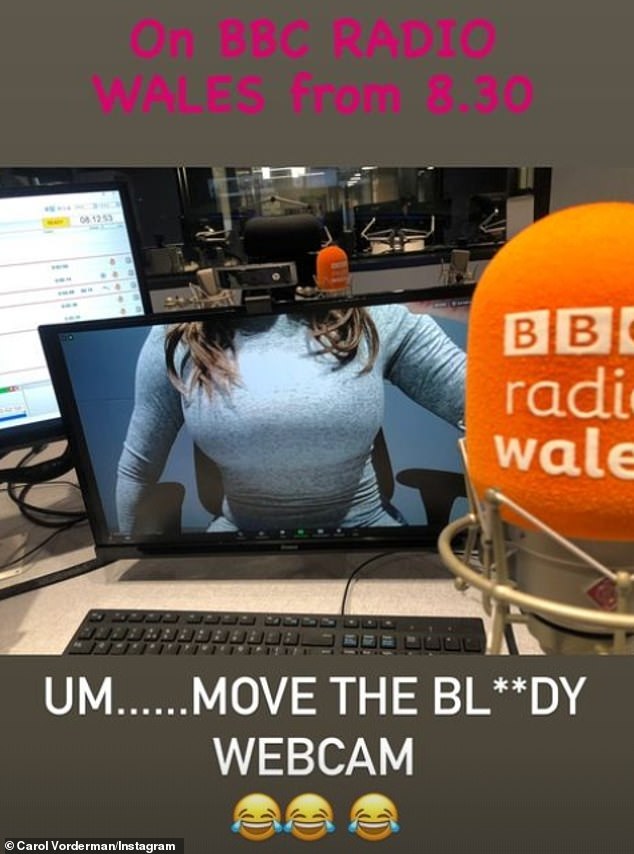 Here we go: It comes after Carol kicked off the week by playing her assets for laughs as she prepared for her usual slot on BBC Radio Wales