‘I work b****y hard to have a waist!’ Catherine Tyldesley furiously hits back at trolls who accuse her of Photoshopping her figure

Catherine Tyldesley has slammed trolls who have accused her of Photoshopping her figure on Instagram.

The actress, 37, shared a snap from a vintage shoot on Sunday but was inundated with comments from followers who claimed she had airbrushed her waist to make herself slimmer.

Catherine said she ‘always had a tiny waist’ as she took to her stories on Monday to share a snap in a white corset from her Coronation Street’s character Eva Price’s wedding in 2017. 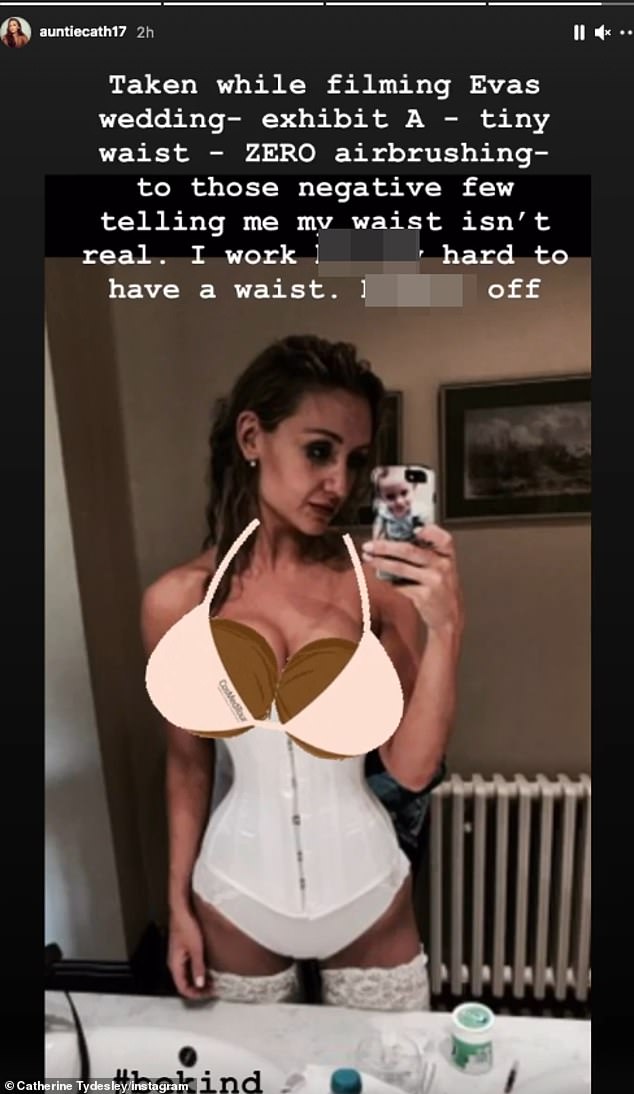 ‘I work hard for my waist!’: Catherine Tyldesley slammed trolls who accused her of Photoshopping her pictures as she shared this snap in a corset to prove she has a tiny waist

Alongside the photo in the corset and suspenders, Catherine wrote: ‘Taken while filming Eva’s wedding – exhibit A- tiny waist- ZERO airbrushing- to those negative few telling me waist isn’t real. I work b***y hard to have a waist. B****r off’.

Not stopping there, the soap star continued: ‘I pride myself on never airbrushing my Instagram pics. I wouldn’t even know where to start. I am the least technical person I know.

‘For those commenting on my waist- I have always had a tiny waist.’ 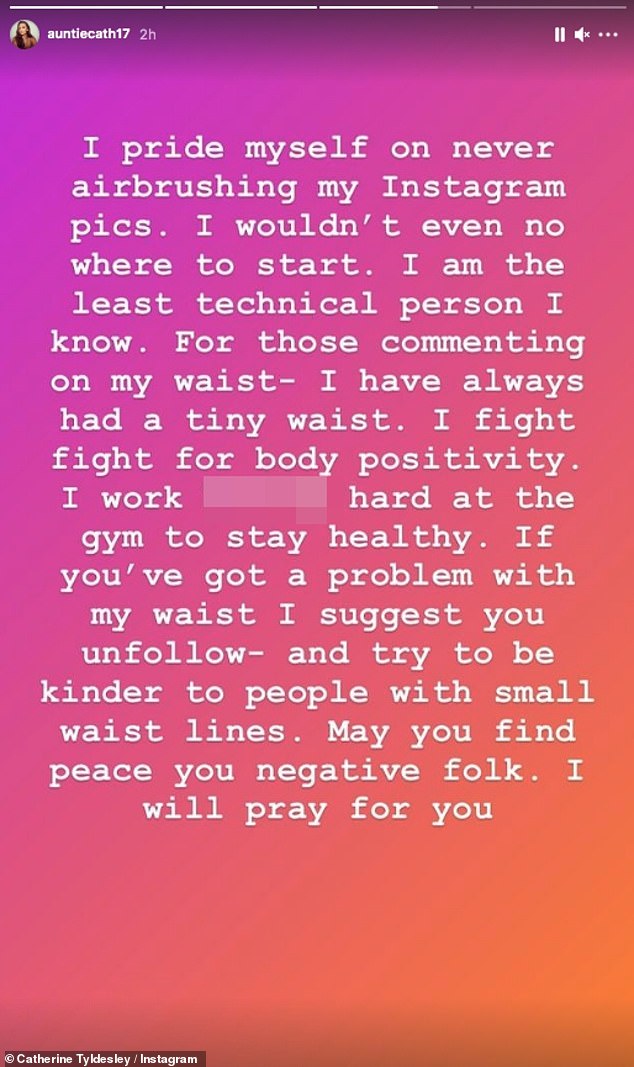 Hitting back: ‘For those commenting on my waist- I have always had a tiny waist,’ the actress wrote

‘I work b****y hard at the gym to stay healthy. If you’ve got a problem with my waist I suggest you unfollow- and try to be kinder to people with small waist lines.

‘May you find peace you negative folk. I will pray for you.’ 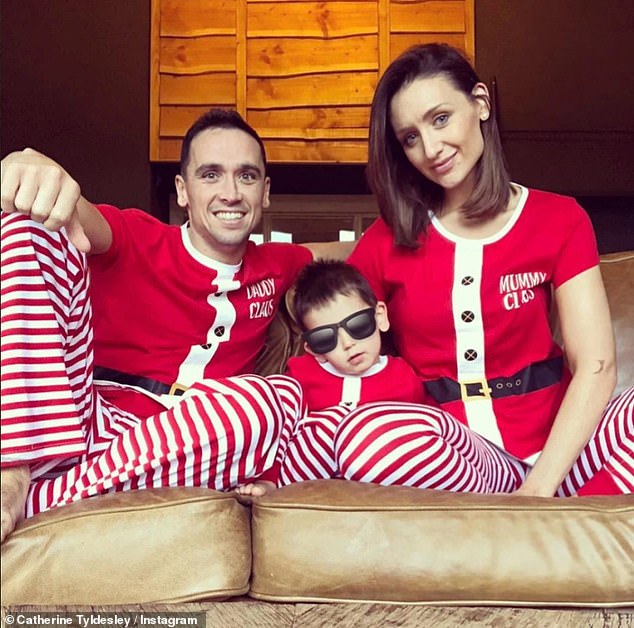 Gushing: Catherine and her husband already share five-year-old son Alife, who she praised for being ‘very grown up’  and handling her being away from home for work ‘very well’

During a Q&A session with fans on Monday, the actress was asked when she plans on expanding her brood, promoting her to respond: ‘Sounds awful but I’m so busy at the moment.’

She continued: ‘I’d like another as some point. I’ve always said I wanted two. Maybe adoption. So many children needing good homes.’

Back in January, former Strictly Come Dancing contestant Catherine had stated that she was keen to have another child with Tom when ‘the time feels right’. 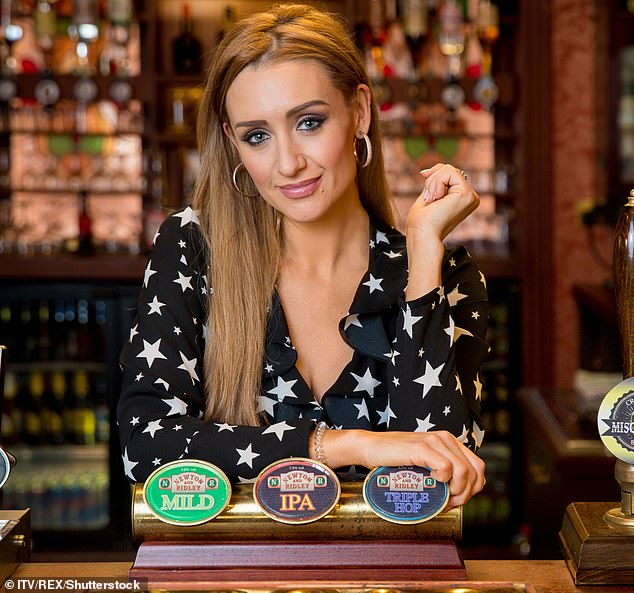 Soap: She played Eva Price on Corrie from June 2011 until August 2018 and recently confirmed she would ‘absolutely’ return to the ITV soap if the opportunity arose in the future