She is 28 weeks pregnant with her first child, a baby girl.

And Charlotte Crosby revealed on Wednesday that she is planning to show her labour on TV as part of her BBC documentary series about her journey to motherhood.

The Geordie Shore star, 32, – who is soon to become a mother with boyfriend Jake Ankers – took part in a Q&A on Instagram as she shared the exciting news with her fans. 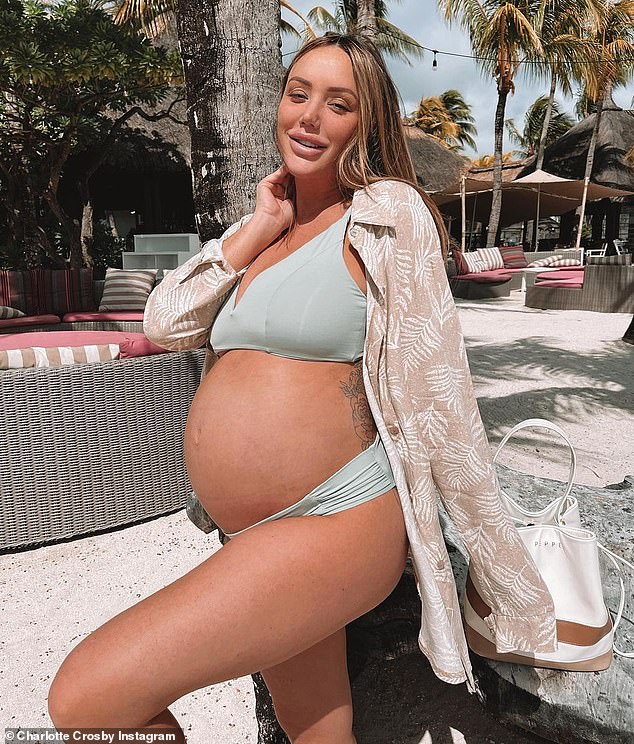 Exciting: Pregnant Charlotte Crosby revealed on Wednesday that she is planning to show her labour on TV as part of her documentary series about her journey to motherhood

One person asked: ‘Will you be vlogging your birth?’ to which the star responded: ‘Even better it’s gunna be on TV.’

In the snap she was lounging in a luxurious bubble bath where she showed off a glimpse of her naked baby bump.

Charlotte has been making a reality show on Wearside where she has been documenting her pregnancy, life with Jake and business ventures. 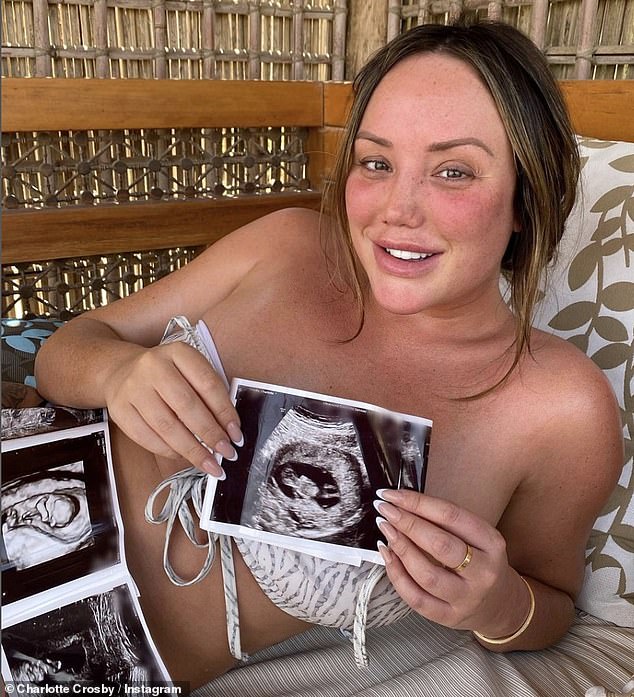 TV show: The Geordie Shore star, 32, – who is soon to become a mother with boyfriend Jake Ankers – took part in a Q&A on Instagram as she shared the exciting news with her fans

Titled Charlotte in Sunderland, it will air on BBC Three and iPlayer.

She said of the show: ‘I am beyond excited to be bringing my crazy life, my business ventures, much loved family, future hubby and my precious bump to the BBC.’

Bosses behind the ten-part series say it will provide an ‘honest and surprising lens on the multi-faceted world of Charlotte’.

It comes after earlier this week Charlotte showed off her bump in mint bikini as she soaked up the sun on a romantic babymoon at the lavish five-star Shangri-La Le Touessrok resort in Mauritius with her boyfriend. 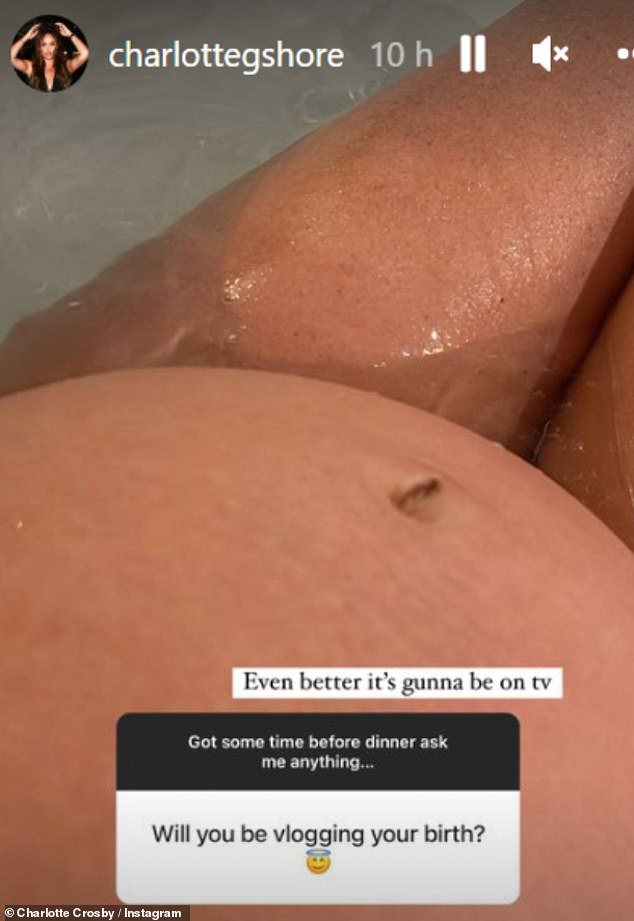 One person asked: ‘Will you be vlogging your birth?’ to which the star responded: ‘Even better it’s gunna be on TV’

She looked relaxed during her ‘last holiday’ before the couple’s bundle of joy arrives, but bemoaned suffering from intimate pains as she nears her due date.

Charlotte looked gorgeous in her swimwear in photos she shared of her romantic day to Instagram.

The reality star covered her shoulders from the sun with a cream floral shirt as she posed for the snaps.

The beauty appeared to go makeup free for the natural shot as she beamed at the camera. 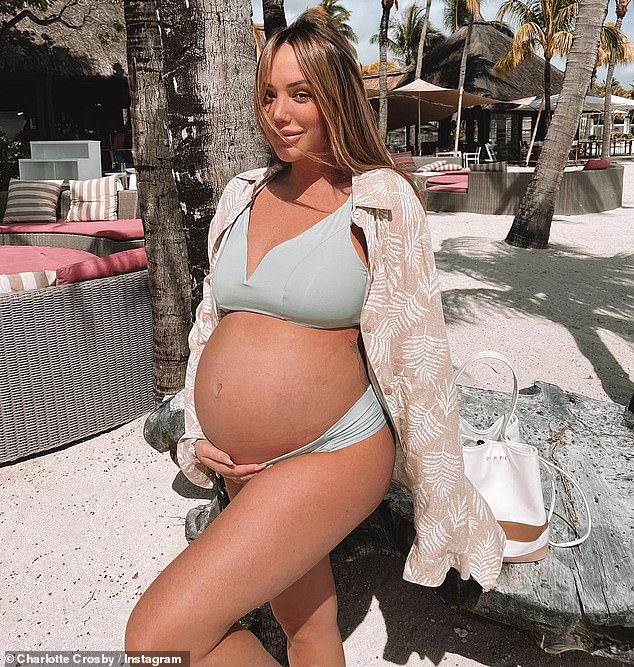 Charlotte told her fans how pain in her ‘vagina started last night’ after many were asking if the pregnancy symptom had started yet.

‘Last holiday me and my jakey! In the most BEAUTIFUL AMAZING SETTING thanks to @trendingtravel.co.uk for helping us find the most perfect setting.’ (sic)

It comes after Charlotte recalled her emotional first baby scan with boyfriend Jake in in a recent podcast episode, after suffering a previous ectopic pregnancy in 2016 left her feeling worried.

She also opened up about her split from her ex Liam Beaumont, branding him ‘amazing’ and admitting she’s ‘grateful’ for him and all that he taught her.

Speaking on her Charlotte Crosby Always On podcast, the reality star announced elatedly: ‘There’s a brand new boyfriend now and this one is the one, hence why I am up the duff.’

Discussing her journey to parenthood, Charlotte admitted: ‘I’ve always wanted to have kids. I’d love to be a mother. It’s such an important thing to me. And he was on the same page, he wanted all of that too. 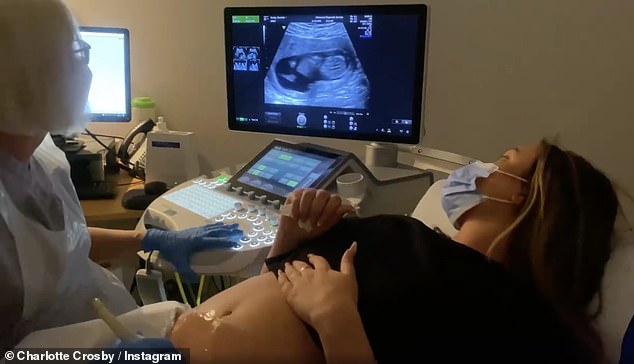 Mother-to-be: Charlotte revealed she was pregnant earlier this year as she shared a sweet clip at her first ultrasound scan

‘With the ectopic pregnancy, I worried, “Is this gonna be a hard process?” You have it in the back of your head.

‘That is a worry. It is a worry. It’s always at the back of your head. For me, being in relationships where they didn’t wanna talk about children and having this worry as well, I I didn’t think it was ever gonna happen for us.’

Charlotte insisted: ‘Even if I couldn’t have had kids, I would have adopted. There are so many options out there It wasn’t the end of the world because there’s always other options.

‘But it was a worry. As a woman you have a biological clock that starts clicking as soon as you get into your thirties.’

Jake and Charlotte decided to start trying in December, not long after they started dating.

She explained: ‘At this age there’s not really wasting any time. January came around and I got my period and it was a really sad day. I just cried, I cried and cried on the toilet. I told Jake and he was really gutted about it.’

The couple then decided to stop trying, realising it was quite soon into their romance to welcome a child, and bought ovulation sticks to refrain from having sex on her fertile days. 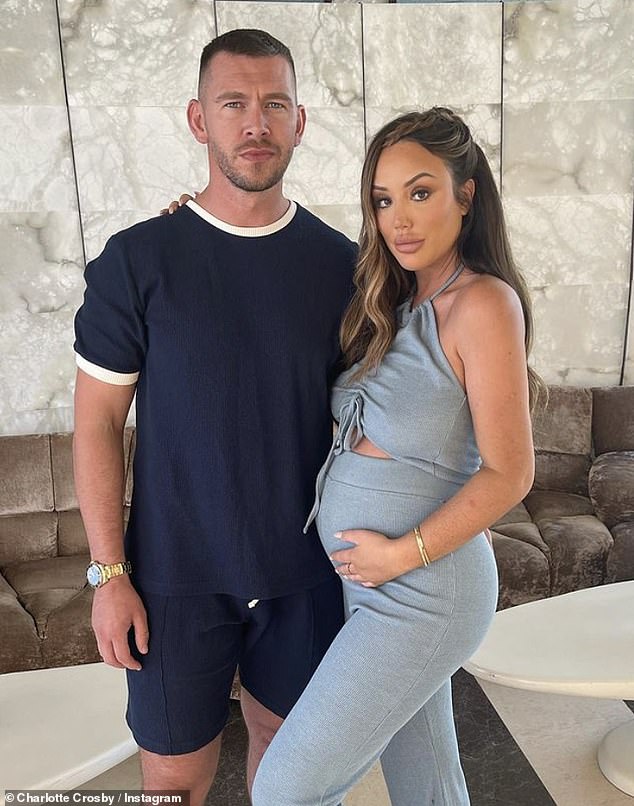 Happy couple: Jake and Charlotte decided to start trying for a baby last December, not long after they started dating

But then in February on Valentine’s Day, Charlotte found it strange when she wasn’t in the mood to drink or have sex during a surprise romantic getaway to a swanky London hotel. And then her period was late.

Charlotte recalled: ‘Lo and behold I was pregnant. Obviously I was over the moon but I was shocked and I was scared. I was like “uh oh” and went into this state of panic.