The actor, 42, wore jeans and a pair of black shoes in the photo which appeared to have been taken in either a trailer or a motel room, labeling it ‘Lookin cut.’

It was unclear in the Terminal List star was referring to his toned torso or the stage makeup designed to look like a slash across his peck. A shirt that he seemed to wear on set was lying on the bed with a coordinating stain across the chest. 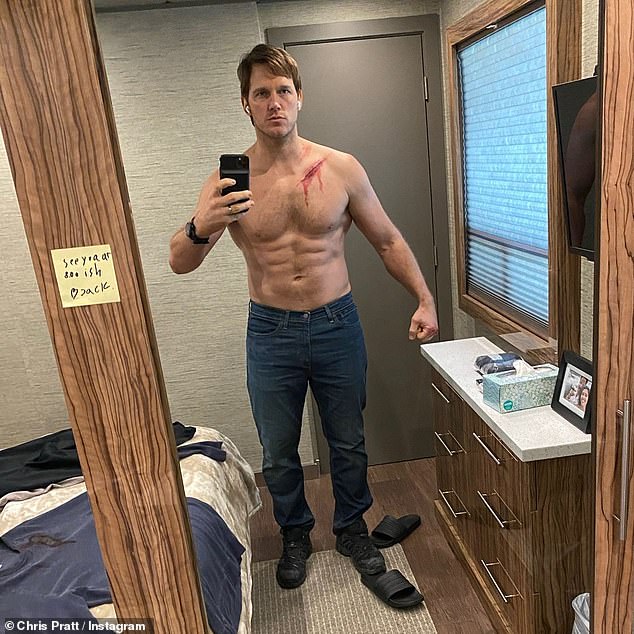 Cut: Chris Pratt, 42, displayed his six pack abs in a shirtless selfie on social media Monday writing ‘Lookin cut’ although it was unclear if he was referring to his toned torso or the faux slash on his chest

A yellow sticky note posted to the mirror appeared to be from his nine-year-old son read ‘See ya at 8:00 ish (heart) Jack. ‘

Other fans referred to the sweet message with, ‘Awe jacks message to you,’ and ‘The note from your son.’ 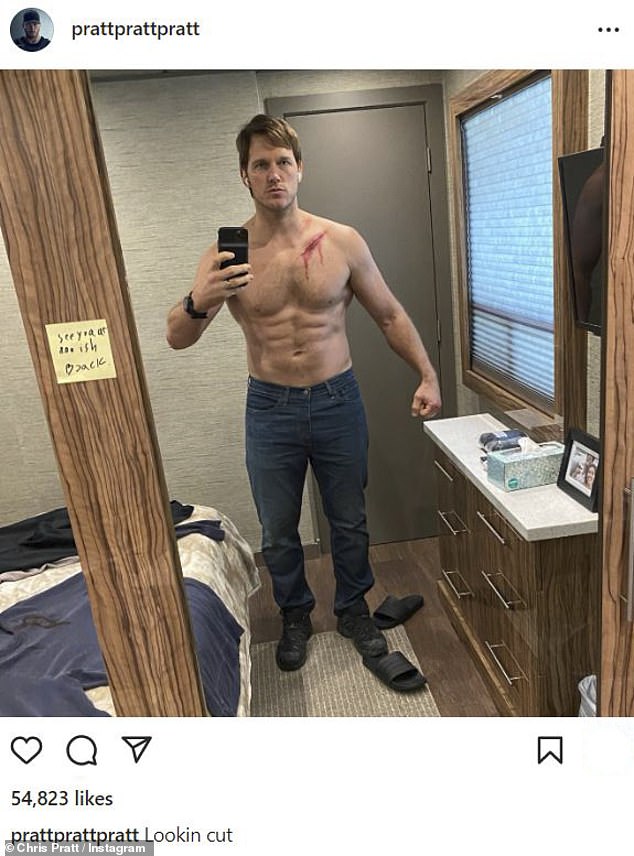 Jack: The Terminal List star’s fans were taken with the sweet message on the yellow sticky note, presumably written by the actor’s nine-year-old son Jack 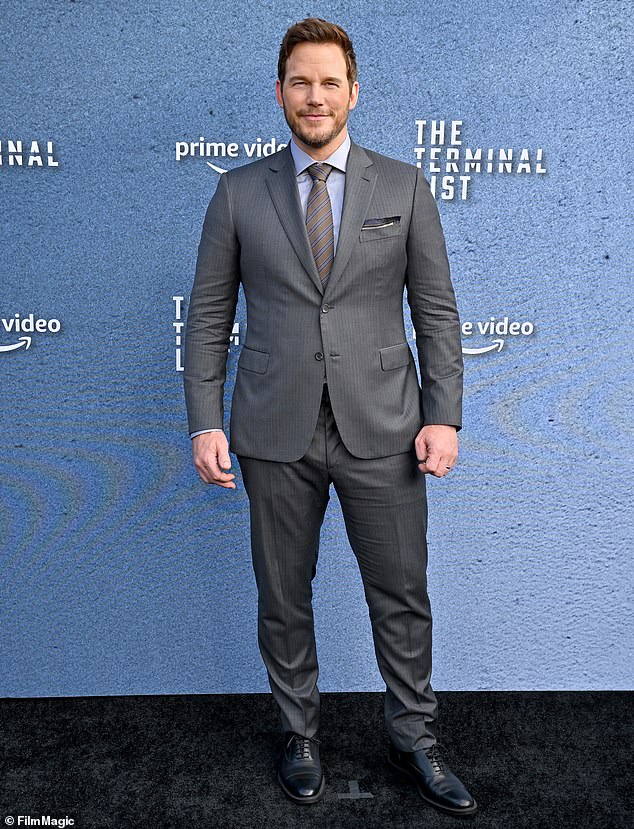 The busy actor, who has a slate of action films on his schedule, including Guardians of the Galaxy: Volume 3 and Cowboy Ninja Viking, has said one role he won’t be trying to take on is that of Indian Jones, in the event the franchise gets a reboot.

In an interview on the Happy Sad Confused podcast, Chris explained his decision.

‘All I know is I once saw a quote from Harrison Ford, and I don’t even know if it was really him, but it was enough to scare me,” he  recalled. 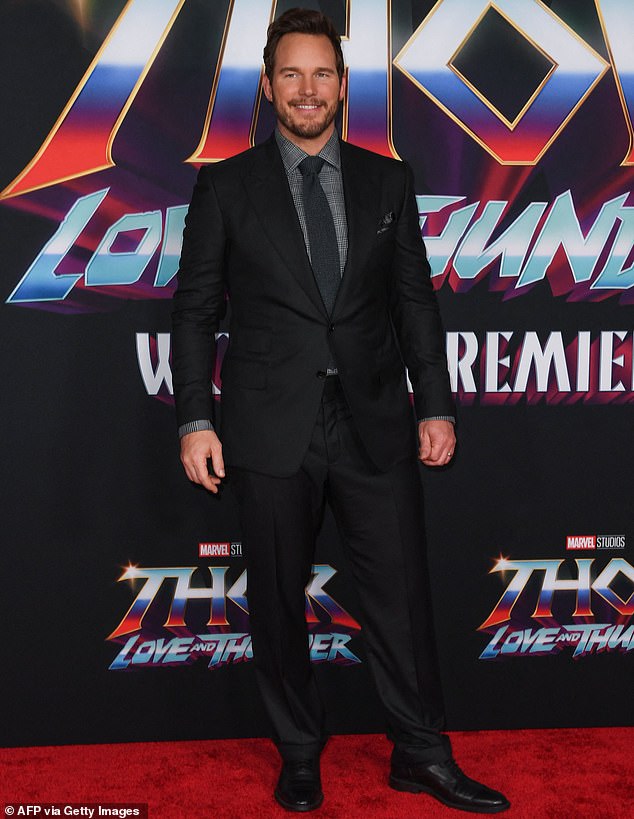 No Indy action: The action star recently declared he would not be taking on the role of Indiana Jones in the event of a franchise reboot explaining that he was scare of being haunted by actor Harrison Ford if he did

‘It was like, “When I die, Indiana Jones dies.” And I’m like, “am I gonna get haunted by the ghost of Harrison Ford one day when he dies if I play [Indiana]?”‘

The Onward actor is likely enduring quite a few sleepless nights these days.

He and his wife, Katherine Schwarzenegger, 32, welcomed their second daughter, Eloise Christina, in May.  They have an older daughter, Lyla, who will turn two next month. 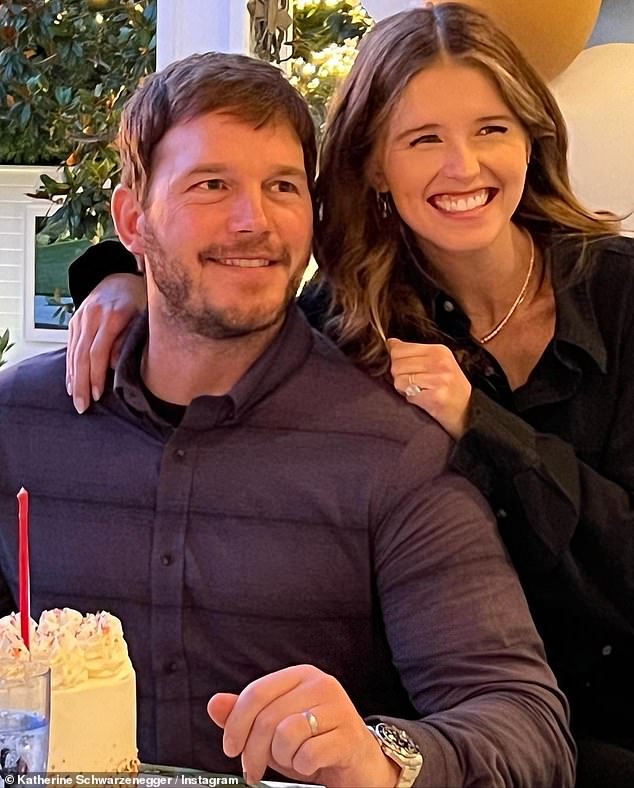 Sleepless nights: The Onward actor is likely enduring quite a few sleepless nights.  He and  wife Katherine Schwarzenegger, 32, welcomed their second daughter, Eloise Christina, in May