EXCLUSIVE: I’m quitting Countdown after just one year! Anne Robinson, 77, tells ALISON BOSHOFF why she has walked away from the show amid rumours of rift with Rachel Riley

She said that her acerbic personality would be the perfect contrast with the cosiness of Countdown: ‘It’s like strawberries and cream – the perfect marriage.’

However, Anne Robinson told me today that she has quit her £500,000 job as Countdown host after a year – amid rumours of a rift with Rachel Riley.

Miss Robinson, 77, informed her bosses at Channel 4 on Friday and said: ‘I have had a blast – we have taken the ratings up and transformed the guests too.

‘We no longer have northern newsreaders in Dictionary Corner – we have had a raft of top celebrities.

‘But I have made up my mind to quit the show. I only signed on for a year and I have helped them out by doing about 40 shows more than my contract. 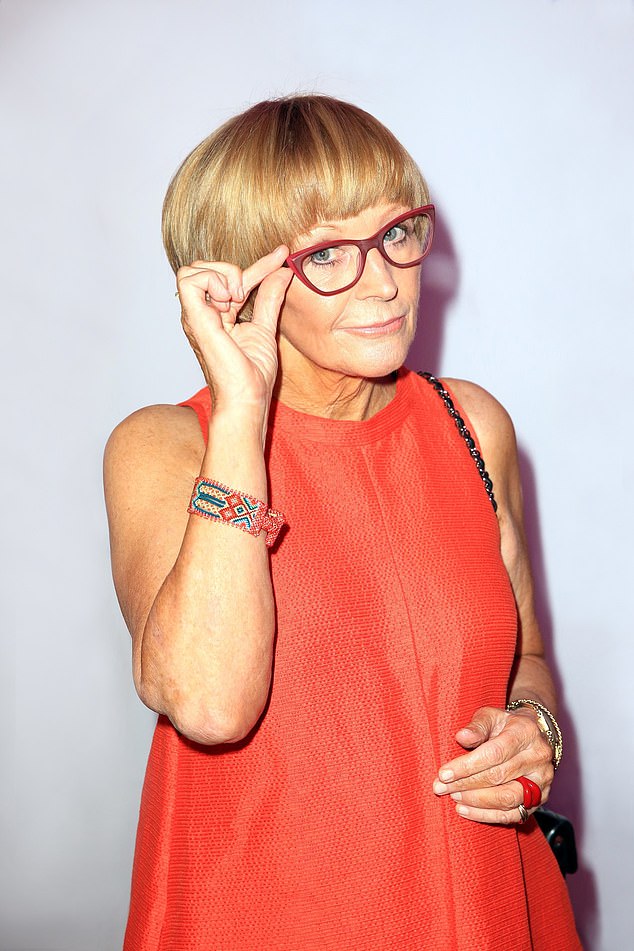 Anne Robinson, 77, has quit her £500,000 job as Countdown host after a year – amid rumours of a rift with Rachel Riley

‘I am moving on because I’ve got a lot going on – grandchildren, a big garden, an apartment in New York – and I want to enjoy them. Countdown has taken up more of time than I thought it would.’

She added: ‘It is great fun but it is intense. I go up [to Media City in Salford] and we do 15 shows in three 11-hour days. I’m built to last so I don’t really mind, but it does take up quite a chunk of my time.’

She filmed her final shows earlier this year and Channel 4 will need to find a new host by June.

Miss Robinson, who had a successful career in newspaper journalism before embarking on an even more successful career as a broadcaster, was the first female host of the show. It irritated her when this was pointed out.

Now she jokes: ‘I am quitting to make way for an older woman.’

But what of her chemistry – or lack of it – with Countdown’s maths whizz Rachel Riley, and Miss Riley’s close friend Susie Dent in Dictionary Corner?

There were reports last year that Miss Robinson, who suffers from tinnitus, found Miss Riley unacceptably loud and was irritated by her habit of chatting on her mobile phone, and by her time-keeping. 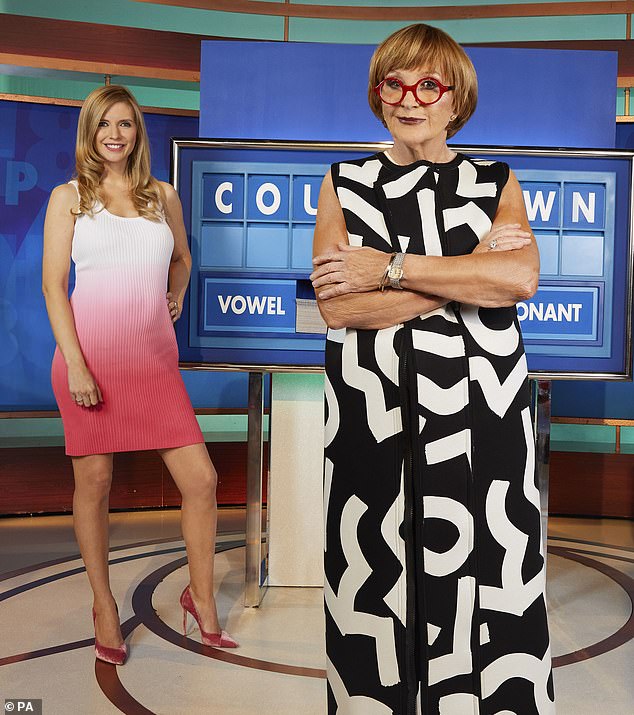 There were reports last year that Countdown host Anne Robinson (right), who suffers from tinnitus, found Maths guru Rachel Riley (left) unacceptably loud and was irritated by her habit of chatting on her mobile phone, and by her time-keeping

A source said that Miss Robinson asked for Miss Riley’s microphone to be muted before the show started so that she alone could talk to the contestants.

A source said: ‘Rachel can be quite loud on set… Anne felt she couldn’t do her job properly, or bond with the contestants to help them to relax, before the cameras started rolling.

‘Poor old Rachel didn’t work it out for a couple of days, and was babbling away happily before realising no one could hear her. When Anne said she wanted silence, Rachel turned around in front of the whole studio and stated that she disagreed; that she didn’t find it necessary.’

Miss Robinson – famed as the host of The Weakest Link, where she gained the nickname the Queen of Mean for the way she insulted contestants – said talk of a rift is overblown.

But she doesn’t deny a certain distance between her and her colleagues. 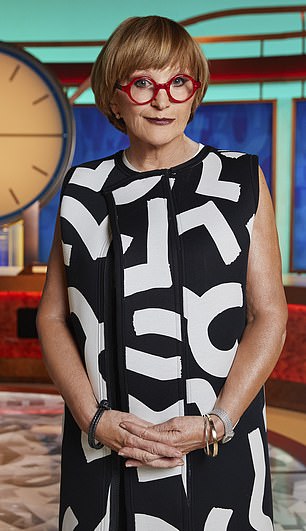 So what will come next for Anne Robinson? A summer in the garden with the grandchildren appears to beckon

‘I’m not saying I would go on holiday with Rachel Riley, but she is brilliant,’ she said. ‘Absolutely honestly, I do admire her – she is really, really good at what she does, as is Susie Dent.

‘Look, Rachel has just come back from having a baby and she is standing throughout and faultless, whereas I get to sit down. She is noisy, yes she and Susie both are – they are a formidable pair those two. But there isn’t a question of my going because of a rift, that’s nonsense.’

She added that the three women are virtual strangers.

‘The way that it’s filmed is so tight that… we don’t have time to talk to each other. We shoot for an hour for a 45-minute show, it’s a well-oiled machine.

‘Between shows we have a ten-minute turn around to get changed. We can go for almost a whole run without doing more than waving to each other from the end of a corridor.’

Countdown started in 1982 and its first host was Richard Whiteley, who served until his death in 2005. He was followed by Des O’Connor, Des Lynam, Jeff Stelling and Nick Hewer.

In an interview before she began she observed: ‘When Channel 4 said to me, “You’ll be the first woman”, I groaned, because I was rather hoping we’d got past the stage of being completely astonished that a woman can do the same job as a man.’

So what will come next for Miss Robinson?

A summer in the garden with the grandchildren appears to beckon.

‘The channels have upped their game with ethnic diversity, but there’s not much evidence of putting older women on screen.’

She added: ‘I quite fancy a job share with Gary Lineker on Match of the Day. I mean, who needs a monopoly of blokes mansplaining football on a Saturday afternoon?’