PICTURE EXCLUSIVE: Cruz Beckham cosies up to female friend during night at the pub with friends… weeks after his split from ex-girlfriend

Cruz Beckham looked smitten as he enjoyed a night out in the Alice House in Queen’s Park on Saturday night with a female friend.

The 17-year-old, who was said to have separated from his girlfriend Bliss Chapman last month, put on a cosy display with his companion.

Aspiring singer Cruz was seen placing a kiss on the girl’s shoulder and also placed a hand on her knee. 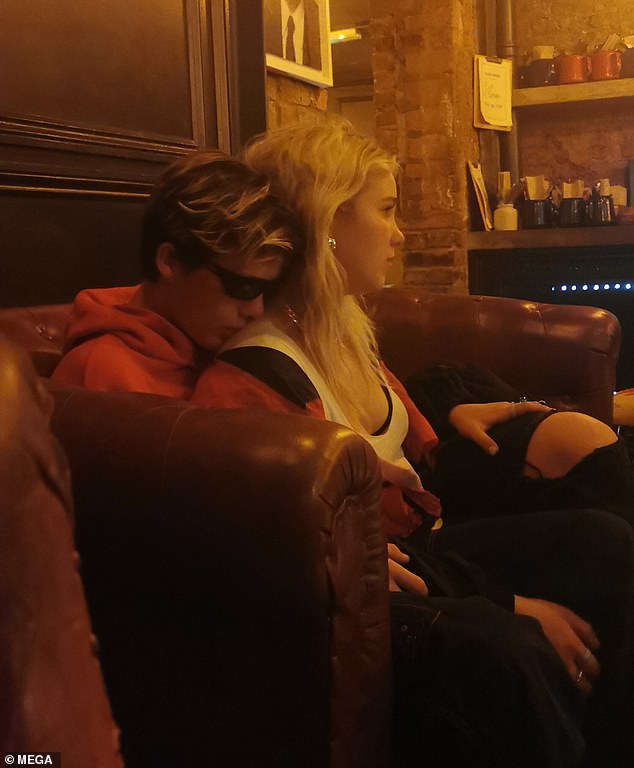 New couple alert? Cruz Beckham looked smitten as he enjoyed a night out in the Alice House in Queen’s Park on Saturday night with a mystery blonde

Cruz also wrapped an arm around his friend as they kicked back and relaxed on their weekend night out.

Going for a low-key look on the night, the pair both kept it casual donning red hoodies and both rocked casual trousers.

Cruz, who recently acted as groomsman for his older brother Brooklyn’s wedding to Nicola Peltz, has been enjoying his new found freedom following his split from teenager Bliss. 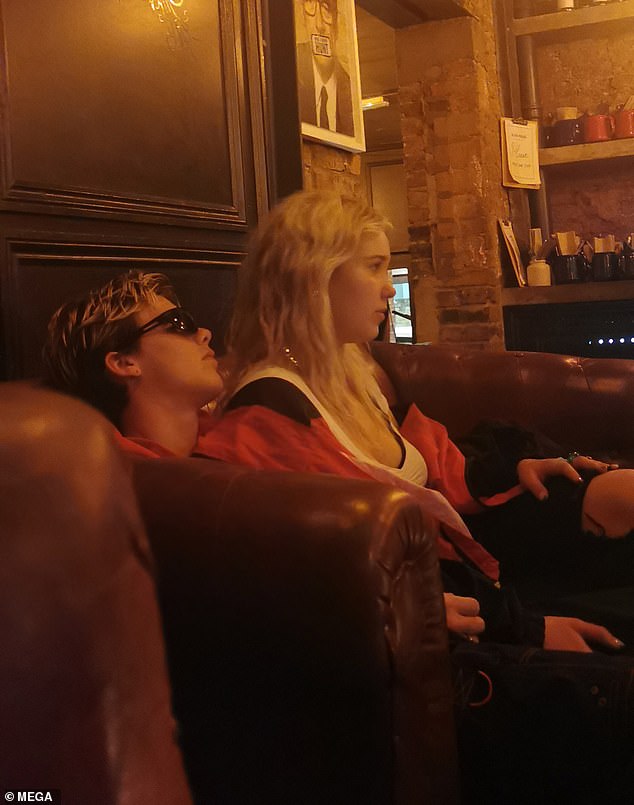 Mystery romance: The two seemed to be more than just friends as Cruz placed placed his hand on her leg as she sat on his lap 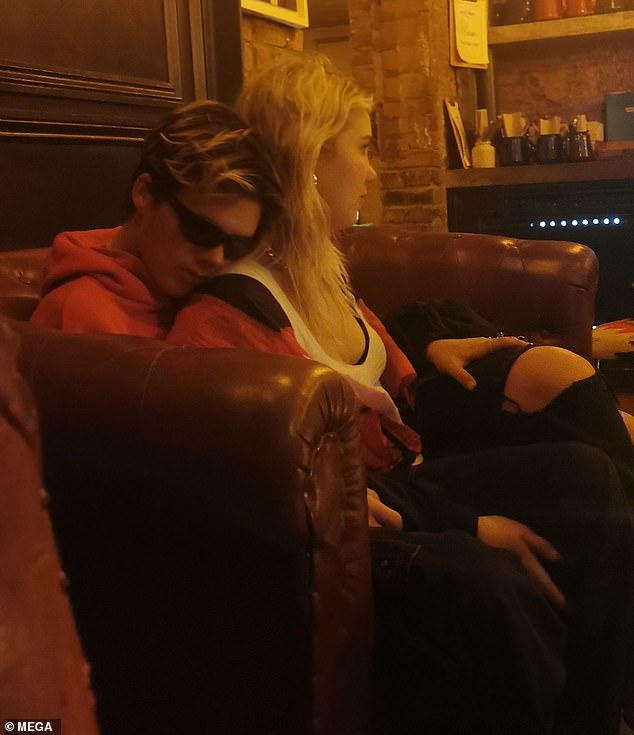 Deep in conversation: Cruz was spotted getting up close and personal with his new companion

The couple were in a relationship for 18 months but reportedly decided to go their separate ways in March.

The reported break-up could result in being a messy time for the Beckham family as Victoria and Bliss’s mum Rosemary Ferguson, a model turned nutritionist, are good friends and the reason the youngsters met in the first place.

A source told The Mail on Sunday: ‘Cruz and Bliss are both only young but they had been together for a quite a while, particularly for two teenagers. 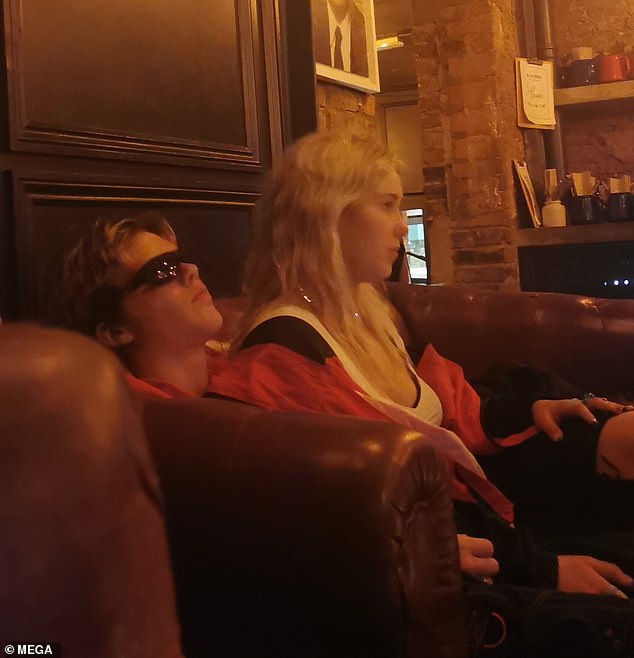 Incognito: The aspiring singer cut a laid-back figure for the outing wearing a pair of oversize dark sunglasses despite it being nighttime

‘But they decided to end things. The Beckhams loved Bliss, especially Victoria. Cruz’s older brothers Brooklyn and Romeo thought it was all lovely too.

‘Cruz now has a music career to launch and when the time is right that will mean travelling across the globe.’

Earlier this year, Cruz sparked controversy when he appeared on the cover of style magazine i-D bare-chested, pink-haired and with his jeans around his ankles.

The photos became an instant talking point – but psychologist Emma Kenny questioned the wisdom of sexualising a teenager and said: ‘He will gain attention but he will not gain respect.’ 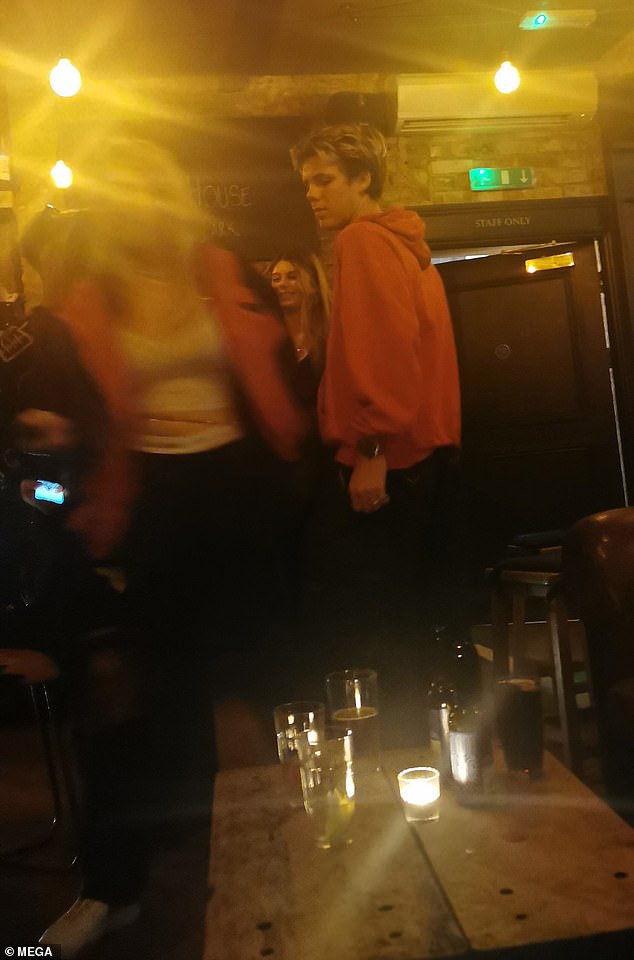 Besotted: The model couldn’t keep his eyes off his female friend as he gave a longing stare at her as she stepped up from their table

The accompanying article spoke of how Cruz was ‘beginning to navigate his journey’ as a musician, working with a producer called Poo Bear, who wrote many of Justin Bieber’s hits.

He immersed himself in music at the Reading Festival last August, where he was pictured in a blue and red shell suit jacket as Bliss, 16, looked at him adoringly.

Bliss was one of Kate Moss’ bridesmaids at her 2011 wedding to Jamie Hince, since her mum was once part of the Primrose Hill party set alongside Moss and actress Sadie Frost. 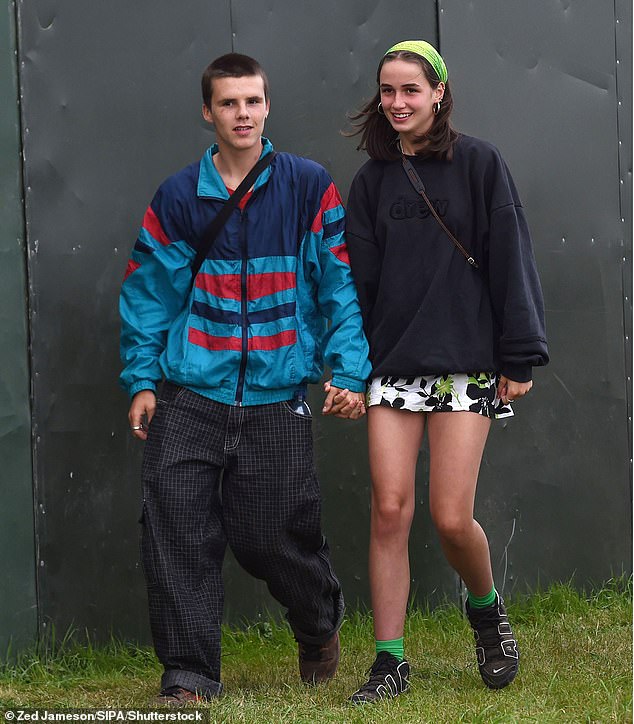