Prince Harry claimed that he’s ensuring his grandmother is ‘protected’, but the Queen has shown she’s perfectly capable of looking after her security herself.

I can disclose that the Royal Household is quietly seeking a new ‘physical and technical security adviser’.

It advertised for the £50,000-per-year position on the royal website, stressing that the successful candidate must have ‘a good, current knowledge of national and international security’.

The adviser will be based at Buckingham Palace, but shall review security across all royal residences, including the Palace of Holyrood House in Edinburgh and Balmoral in Aberdeenshire.

They will be expected to work with the Home Office, Metropolitan Police and Homeland Security, too.

The role includes consulting on ‘personnel security’ and ‘incident response’, such as when a teenager was arrested on suspicion of breaking into the grounds of Windsor Castle carrying a crossbow on Christmas Day last year. 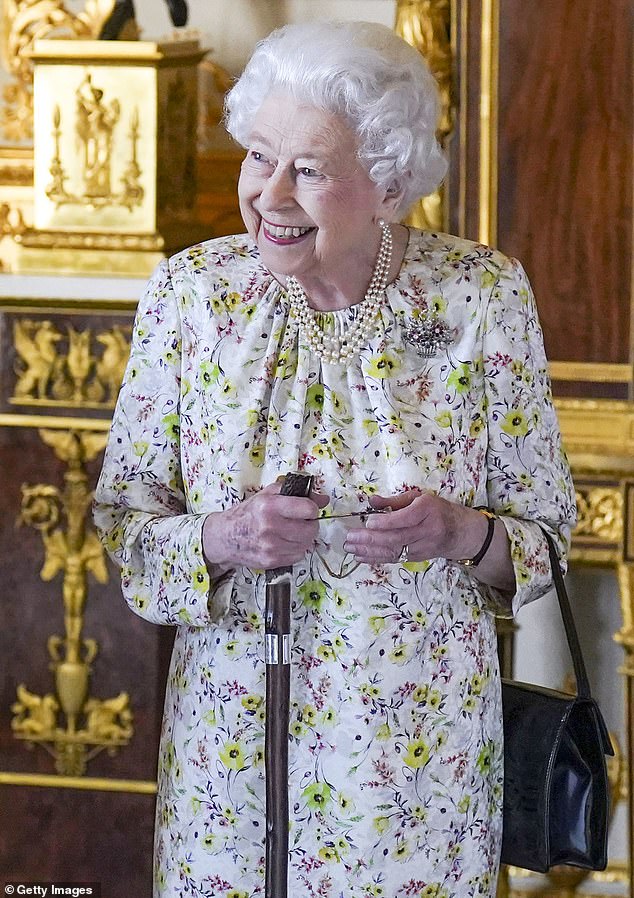 Queen Elizabeth II arrives to view a display of artefacts from British craftwork company, Halcyon Days, to commemorate the company’s 70th anniversary in the White Drawing Room at Windsor Castle, on March 23

Prince Harry, Duke of Sussex arrives escorted by the Dutch Royal Security at the swimming finals during the Invictus Games on April 19 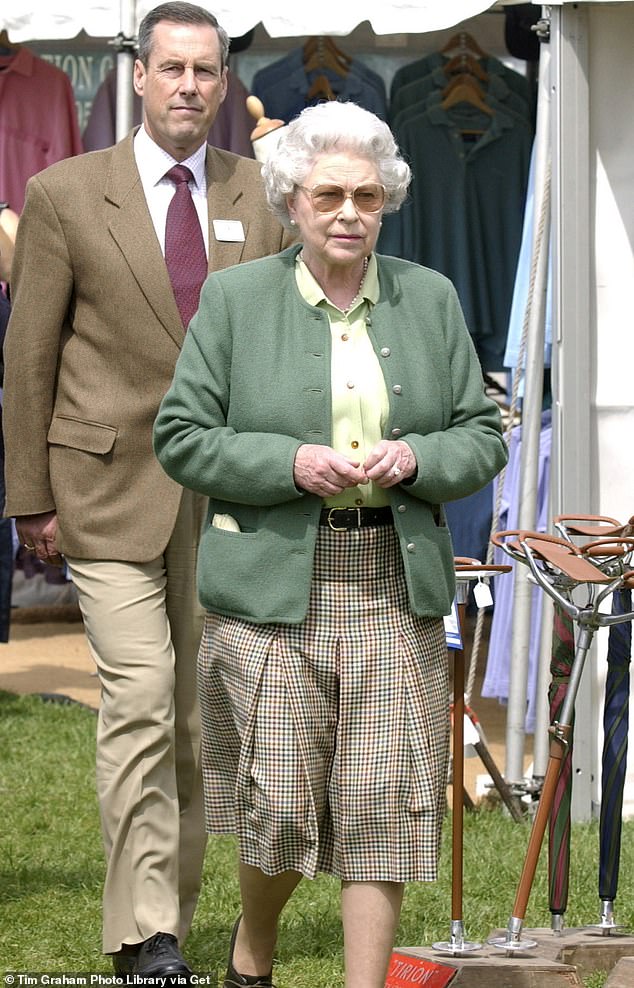 Pictured: Queen Elizabeth II strolling at a horse show in her home at Windsor Castle

The ad says: ‘Security liaison provides protective security advice and support. Joining this dedicated team, your role will focus on physical and technical security, ensuring the successful co-ordination and delivery of security measures for all Royal Household sites. As a subject matter expert, you’ll be a key liaison point for the team.’

It comes at a time when Prince Harry is embroiled in a row over concerns about his family’s protection in this country.

He filed a claim for a judicial review into a Home Office decision to prevent him from paying for police protection for himself and his family during a visit to Britain.

He wants to bring his son Archie and daughter Lilibet over from California, but fears they will be ‘unable to return to his home’ because it is too dangerous, a representative said.

Since  I disclosed last month that Downton Abbey actress Tuppence Middleton had a new boyfriend from Sweden, her fans have been desperate to learn his identity.

At the Downton Abbey: A New Era premiere, the star, 35, turned up with Swedish film director Mans Marlind, who is 17 years her senior. 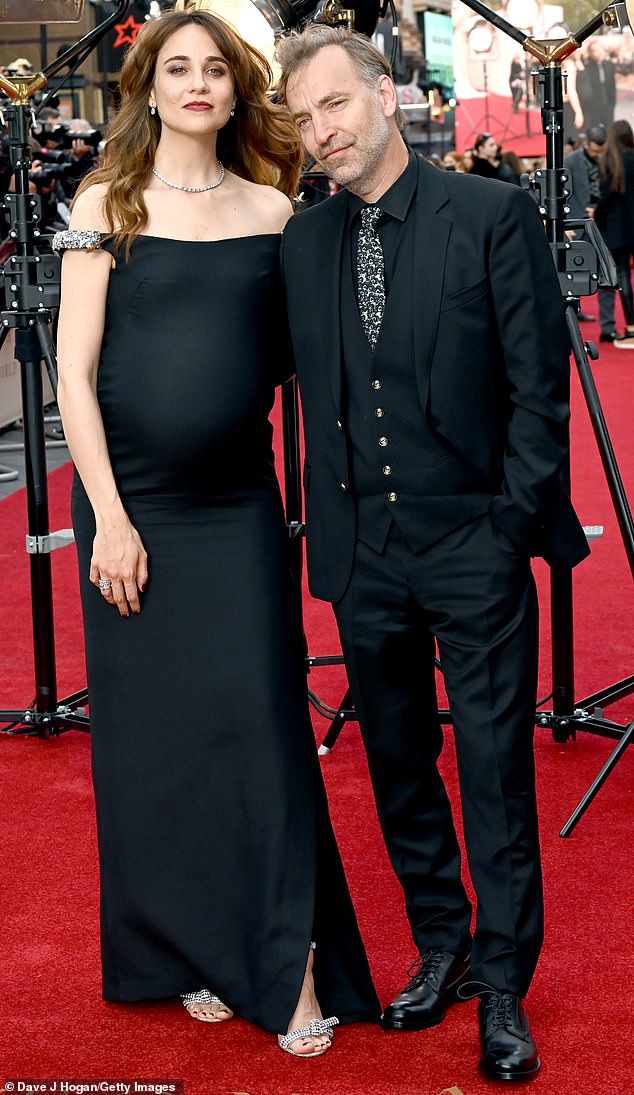 However, the heavily pregnant actress declines to confirm that he is the father.

Tuppence, who was dubbed ‘TV’s naughtiest woman’ after stripping off in the BBC’s War And Peace, said: ‘My partner lives in Stockholm and I travel between [the UK] and there.’

He stars in hit BBC drama Death In Paradise, which has inspired hordes of tourists to fly to the Caribbean, but Ralf Little is desperate to go ‘off-grid’ and build a ‘self-sufficient’ eco-friendly house. He says: ‘Not enough people are screaming about [climate change]. The only ones I’m blaming are the fossil-fuel industry and the propaganda it has put out.’

Cara Delevingne is not the first top model in her family. And today she’s mourning her colourful grandmother, Jane Stevens, who has died at the age of 85. Known as Janie Sheffield, she was the muse of royal dressmaker Sir Norman Hartnell and a lady-inwaiting to Princess Margaret.

‘She was stunning, elegant and had a great sense of fun,’ her daughter Pandora Delevingne tells me. 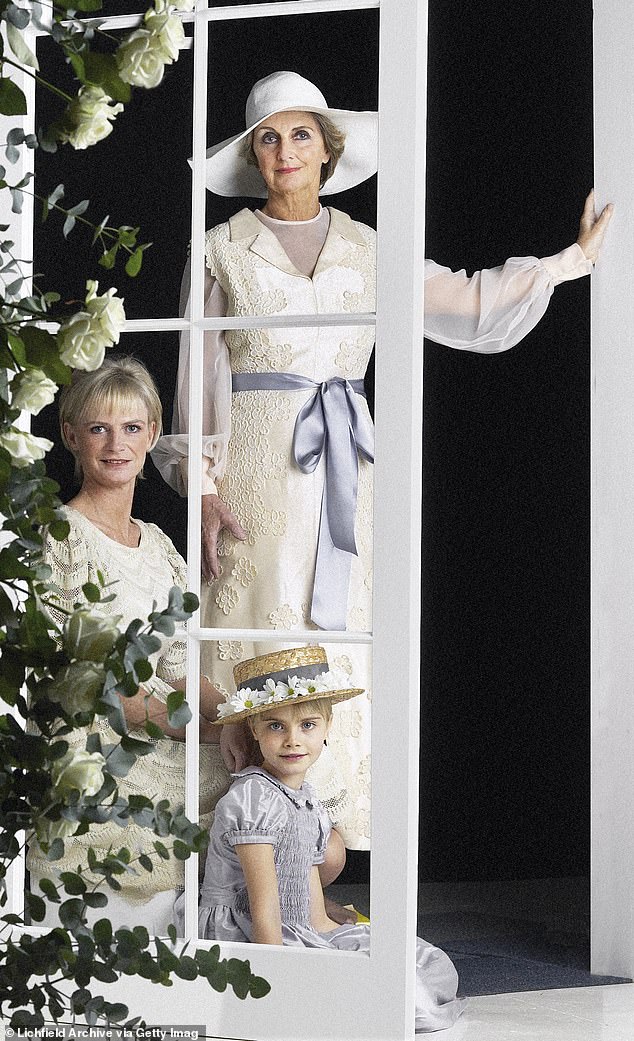 Jane Stevens, former wife of Sir Jocelyn Stevens, her daughter Pandora Delevingne and grand daughter Cara, photographed in the Studio to recreate the shot featured in the book ‘Lichfield – The Most Beautiful Women’, on 11 December 2001 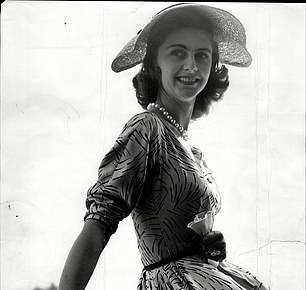 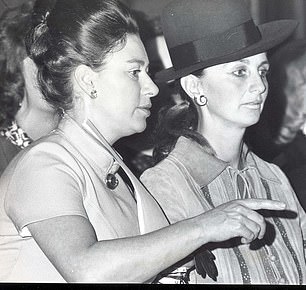 A close confidante to the Queen’s sister until her death in 2002, Jane was once asked to act as her driver when her chauffeur was sick.

She had never driven a Rolls Royce and, as they were under the arch of Buckingham Palace, motorcyclists crashed into the side of the car.

Margaret told her not to worry, urging her, ‘Drive on, Janie’. Pandora adds: ‘She was passionate about so many things. She loved horse racing and was really good at tennis, playing until two years ago. She’ll be sorely missed.’

What could possibly lure Nick Clegg’s wife, Miriam Gonzalez Durantez, back to Europe from California, where the family live a life of luxury on the former deputy prime minister’s rumoured £15million annual salary from tech giant Meta?

The answer, apparently, is the prospect of a lot more passion in the bedroom.

Reacting to an opinion poll which suggested that the share of women who say they have not had sex in the past 12 months was 46 per cent in the UK, but only 28 per cent in her native Spain, the international trade lawyer declared: ‘I am moving back to Spain!’

Scarcely three weeks after ousting society figure Jeremy King from the fine dining group he co-founded, The Wolseley’s new owners are already moving ahead with plans to turn the celebrated London restaurant into a chain.

I hear that Thai hotel giant Minor International is advertising for potential restaurant sites, from Chelsea and Knightsbridge to Manchester, Glasgow, Edinburgh and Dublin.

The advert stresses that the group, which now owns Corbin & King restaurants such as Colbert and The Delaunay in London, seeks ‘character buildings’.

King’s former regulars, including Nigella Lawson and Jeremy Clarkson, hope he’ll open a new spot of his own soon.