Elizabeth Hurley, 56, showcases her sensational figure in blue bikini as she enjoys a bike ride in stunning throwback holiday snap

She always oozes confidence when sharing sexy snaps with her fans.

And Elizabeth Hurley was showing off her sizzling figure yet again on Wednesday as she shared a throwback holiday picture to her Instagram.

The actress, 56, displayed her incredible physique in the blue bikini as she enjoyed a bike ride in the exotic location. 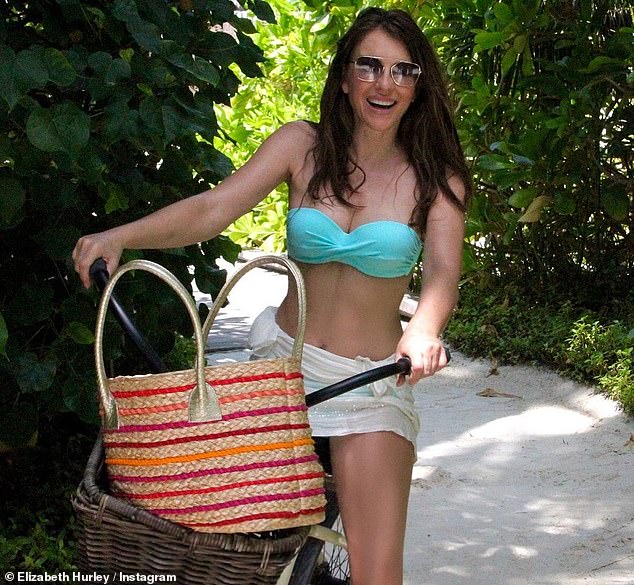 Beauty: Elizabeth Hurley was showing off her sizzling figure yet again on Wednesday as she shared a throwback holiday picture to her Instagram

Elizabeth completed her perfect summer look with a white sarong and had a large red and yellow handbag in the basket of her bike.

The brunette beauty wore her dark tresses in beachy waves over her shoulders and had on a pair of silver sunglasses.

In the caption she lamented not being able to go on holiday this summer like many during the pandemic. 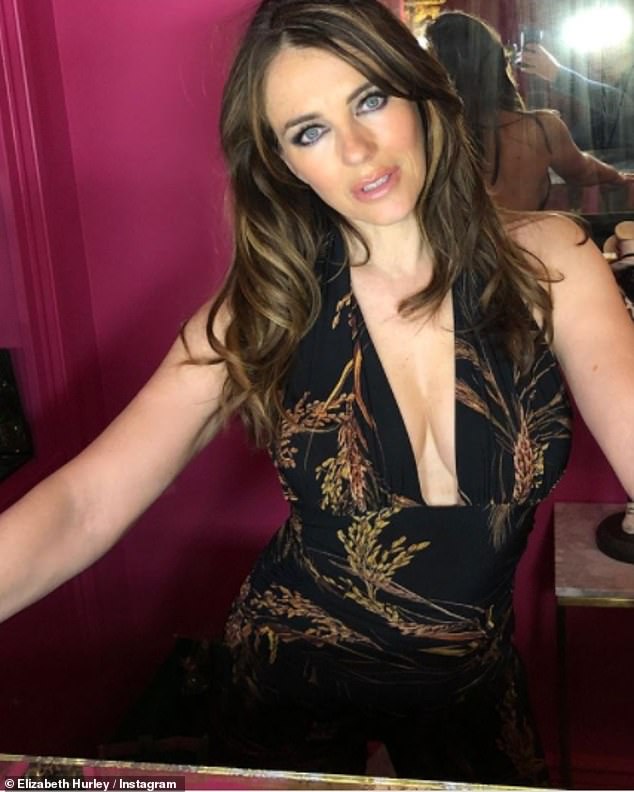 Confident: She always oozes confidence when sharing sexy pictures with her fans and recently posted this stunning snap in a low-cut black dress

Elizabeth is reportedly being supported by pals amid her fury over her son Damian, 19, being cut from his dad Steve’s family fortune.

According to The Mirror, Elizabeth’s famous pals have rallied around her, with her ex and Damian’s godfather Hugh Grant, showing support, while Naomi Campbell and Tamara Mellon have sent kind messages to the pair.

A source told the publication: ‘It is devastating what has happened to Damian but he and Liz have a lot of support.’

Elizabeth’s turmoil comes a year on from Steve’s tragic suicide, with the star gently trying to guide her only son through the conflicting emotions of losing the father he was just beginning to get to know.

Damian and Steve’s relationship had almost been non-existent for most of the teen’s life, but in the weeks before his death, the multi-millionaire businessman had made tentative steps towards establishing a father-son bond, calling him for the first time on his 18th birthday.

Steve died thinking that his two children — Damian and older half-sister Kira — would be financially secure.

There for you: Model Naomi Campbell, 50, is among a group of friends who have reached out to Elizabeth after Damian was cut out of his son’s will (pictured together in 2007)

He had recently won a court battle, overturning his own father’s attempt to exclude them both from family trust funds believed to be worth up to a billion dollars (£725 million).

Yet Damian won’t receive a penny, after his grandfather succeeded in appealing the decision.

Instead, the fortune will be split between the two children of Steve’s sister Mary, who crucially, unlike their cousins, were born in wedlock. 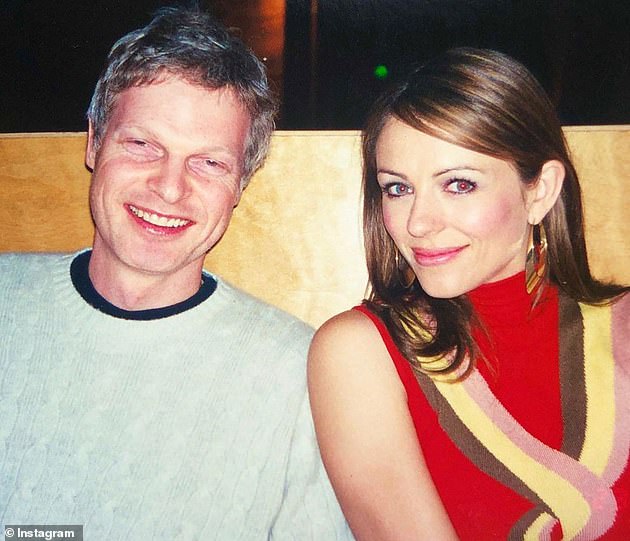 Former flame: The mother-of-one said that when Steve Bing died he believed his two children were going to be looked after (pictured together in a throwback snap from the Noughties)