Ellie Kemper has apologized for her involvement as a teen with the Veiled Prophet Ball, a debutante event organized by the Veiled Prophet Organization, which has a problematic past. Founded in Missouri in 1878 by a former Confederate officer, the group did not include Black members until 1979. It has also been widely criticized for its elitist roots as well as for the white robes and hood — reminiscent of Ku Klux Klan costumes — worn by the “Veiled Prophet” who crowns the ball’s “Queen of Love and Beauty” each year. Ellie, who was named queen when she was 19 in 1999, said in a statement on Instagram on June 6 that she should have gotten more educated about the organization’s “unquestionably racist, sexist and elitist past” before participating. “I unequivocally deplore, denounce, and reject white supremacy. At the same time, I acknowledge that because of my race and my privilege, I am the beneficiary of a system that has dispensed unequal justice and unequal rewards,” she continued. “I believe strongly in the values of kindness, integrity and inclusiveness. I try to live my life in accordance with these values,” the actress added. “If my experience is an indication that organizations and institutions with pasts that fall short of these beliefs should be held to account, then I have to see this experience in a positive light.” The Veiled Prophet Organization previously released a statement about its commitment to “inclusion, diversity and equality …,” and asserted that the group’s members “absolutely reject racism.”

Keep reading for the latest on Beyonce and JAY-Z, Vin Diesel and more …

Beyonce and JAY-Z were in full PDA mode on June 5 when they stepped out for an NBA playoffs date night at the Barclays Center in Brooklyn, New York. Decked out in a slinky leather corset dress and houndstooth top by David Koma and a pair of Christian Louboutin pumps, Bey was photographed nuzzling her husband’s neck and resting her chin on his shoulder as the couple watched Jay’s hometown Brooklyn Nets beat the Milwaukee Bucks 115-107 in Game 1 of the playoffs. The next day, after photos surfaced showing the Roc Nation founder rubbing his wife’s leg during the game, some social media users alleged Jay was soothing Beyonce because she’s struggling with anxiety issues, a claim the singer’s mom challenged in her own post on Instagram. “When you love someone and like them you just want to touch them,” she wrote in seeming exasperation. “Me and Richard are always touching even if it’s just our feet ! Yeah!! That’s what you do !❤️ For those of you who don’t understand , Try it sometimes it works !! Human Touch is how you stay connected!!” Tina continued. She went on to dismiss those “saying she has anxiety in public and that’s why he touches her” as “comical,” chastising fans for “[turning] something good and healthy into something That it’s not.” She added, “BTW if someone has anxiety then it is great for their partner to touch them to calm and reassure them. That’s a beautiful thing . It just happens to be not the case here. ❤️.” Other famous faces photographed at the June 5 game included “Daily Show” host Trevor Noah and rapper Travis Scott.

Ahead of the ninth installment of “Fast and Furious,” Vin Diesel took a moment to honor his late co-star and close friend Paul Walker, who was killed in a car crash in 2013. Sharing a candid photo of the pair hanging out together and smiling, Vin opened up about the close bond he and Paul shared on Instagram on June 6. “Weeks away from the F9 release… in preproduction for the finale that starts only months from now… @meadowwalker sends me this image and tells me how happy the photo makes her feel,” he began. “Naturally, one gets filled with emotion, purpose and ultimately gratitude. Eternal brotherhood is a blessing beyond words. Hope to make you proud… All love, Always.” Meadow, 22, is Vin’s goddaughter and is still close to the actor and his family. “I love you,” she replied in the comments, adding a red heart. In a recent interview with TMZ, Paul’s brother Cody Walker had only warm words when asked about Vin’s handling of the movie franchise since Paul’s death at age 40. “I can’t speculate what he would think, I just know that Vin always takes a very serous approach to keeping Paul’s legacy in mind and has always done a really nice job paying tribute to his character,” Cody said. Paul starred alongside Vin in the first six “Fast and Furious” films. “F9” hits theaters June 25.

Sinead O’Connor plans to say “goodbye” to music after she releases her next album, “NVDA,” in 2022. “This is to announce my retirement from touring and from working in the record business,” the singer tweeted on June 4. “I’ve gotten older and I’m tired. So it’s time for me to hang up my nipple tassels,” she joked, “having truly given my all. NVDA in 2022 will be my last release. And there’ll be no more touring or promo.” Sinead, 54, went on to assure fans the news isn’t “sad” but rather “staggeringly beautiful.” She explained, ” A wise warrior knows when he or she should retreat: #MeTime ❤️. It’s been a forty year journey. Time to put the feet up and make other dreams come true ; ).” She elaborated on her decision the next day, tweeting that her new memoir, “Rememberings,” helped her see that she’s her “own boss,” and telling followers, “I didn’t wanna wait for permission from the men, as to when I could announce it. Also, I’d had a few whiskeys : ).”

Kate Thurston’s new season of “The Bachelorette” promises multiple serious romances, a slew of “hot” suitors with interesting backstories and strong guidance from “Bachelorette” alums Kaitlyn Bristowe and Tayshia Adams, who stepped in as hosts after Chris Harrison’s controversy-laden break from the franchise earlier this year. Speaking to ET ahead of her June 7 season premiere on ABC, Katie revealed fans will see her “fall in love more than once” on the new edition of the long-running ABC series. Though the 30-year-old “Bachelor” fan favorite declined to share whether she’s still in love, she did praise the guys who lined up for a chance at winning her heart, explaining that in addition to being “hot,” the candidates got more time to show viewers who they are and where they came from. “Diversity was very important, but also getting to highlight their stories. I think that’s something that unfortunately a lot of people missed with the women on my season,” Katie told ET. Asked if she’s in a relationship today, Katie teased that she’s “happy,” telling the outlet: “Everything happens for a reason, and when you embrace that and let go of control then you find your happiness. I’m engaged to myself, that’s what I’ve been saying for now.”

One week into Pride Month 2021, People cover star Ricky Martin is doing what he can to “normalize” the fact that same-sex couples can have happy, loving families. “Every time I have the opportunity to No. 1, talk about my family and let the world know that we’re good people, and how we feel and love is really— I just wanna normalize families like mine.” the singer, 49, told Ellen DeGeneres on the June 7 edition of her show. “… A lot of people tell me, ‘Ricky, thank you so much just for posting that picture with you and your husband and your kids. That made me feel better about myself,'” Ricky added. The singer and actor married his partner Jwan Yosef in 2017. They share 12-year-old twin sons Matteo and Valentino and a 19-month-old son, Renn. But it’s their daughter, Lucia, 2, who “runs the house,” he told Ellen. “I have one little girl that has two daddies and three brothers — she’s 2 years old — and she knows it,” he explained while smiling. “She knows it. She doesn’t snap fingers yet, but she’s about to.” On the other hand, Lucia may never need to snap her fingers to get what she wants. “The other day — she loved Cocomelon, so I’m singing with her in Cocomelon,” he recalled, referencing the nursery rhyme-centric kids’ channel. “And she goes, ‘No, no, Daddy — no, stop. Stop, stop, stop.’ And I’m like, ‘Let me sing, I want to sing.’ ‘No, no, Daddy. No, no, no, no.‘ So she doesn’t let me sing! And this is serious business. She doesn’t let me sing,” he said, laughing.

When Prince Harry and Duchess Meghan announced the birth of their second child over the weekend, a statement from the couple revealed their daughter’s name, Lilibet Diana Mountbatten-Windsor, is a tribute to both Queen Elizabeth and the late Princess Diana. According to People, Lilibet also serves as a nod to Meghan and her mother, Doria Ragland. While Lilibet is the Queen’s “family nickname,” per the birth announcement, the Sussexes plan to call their daughter Lili. And as Meghan once wrote on her blog The Tig, Meghan’s mom has called her “Flower” since she was a little girl. The outlet also points out that Meghan’s bridal bouquet contained a lily of the valley, as did the bouquet Harry’s mother, Diana, carried when she married Prince Charles. Harry and Meghan announced Lili’s birth on June 6 on social media and on their Archewell website. “On June 4th, we were blessed with the arrival of our daughter, Lili,” their statement read, in part. “She is more than we could have ever imagined, and we remain grateful for the love and prayers we’ve felt from across the globe. Thank you for your continued kindness and support during this very special time for our family.” The Queen, as well as Prince Charles, Camilla Parker Bowles, Prince William and Duchess Kate have all congratulated Harry, Meghan and their 2-year-old son Archie on their happy news, as well.

Nearly three decades after his major label debut, rapper and entrepreneur Snoop Dogg joining the executive team at Def Jam Records, the iconic hip-hop label announced on June 7. Snoop, 49, has signed on as Def Jam’s new Executive Creative and Strategic Consultant, a position where he’ll focus on A&R and creative development, reporting to the CEOs of both Def Jam and its distributor, Universal Music Group according to Complex. While the gig won’t be Snoop’s first label executive role — he was named Creative Chairman of EMI’s relaunched Priority Records in 2009 — it will be his first time working formally with the Def Jam staff.

Shannen Doherty is ‘done’ with Hollywood’s anti-aging obsession: ‘I want to see women like me’

At 50, Shannen Doherty is happy to see that her face reflects life experience— and she wants to see other women in Hollywood look real, like she does. “Watching movies tonight and noticed there were few female characters I could relate to,” Shannen captioned a makeup-free selfie on Instagram on June 5. “You know, women without fillers, without Botox, without a facelift. Women who embraced their face and all the experience it showed,” she continued. “I have lived. I love that I’ve lived and that my face reflects my life. I survived a lot yes cancer but more than that,” she explained. “I embrace me now. Finally. Done with the perception magazines and Hollywood try to make us in to. I want to see women like me. Women like us.” The post quickly earned nearly 200,000 likes, as well as appreciative comments from stars including Jennie Garth, who responded with a fire Emoji, and Sarah Michelle Gellar who posted a long line of applause emojis. “Thank you. We need more of you,” wrote Paulina Porizkova. When Selma Blair weighed in to reveal her anxiety about not having “fixed” her “adult face,” other users replied to the comment, assuring Selma she’s as gorgeous as ever. “Don’t u ever do anything to your beautiful, adult face!” wrote one user. “You’re both beautiful, don’t change anything!!” 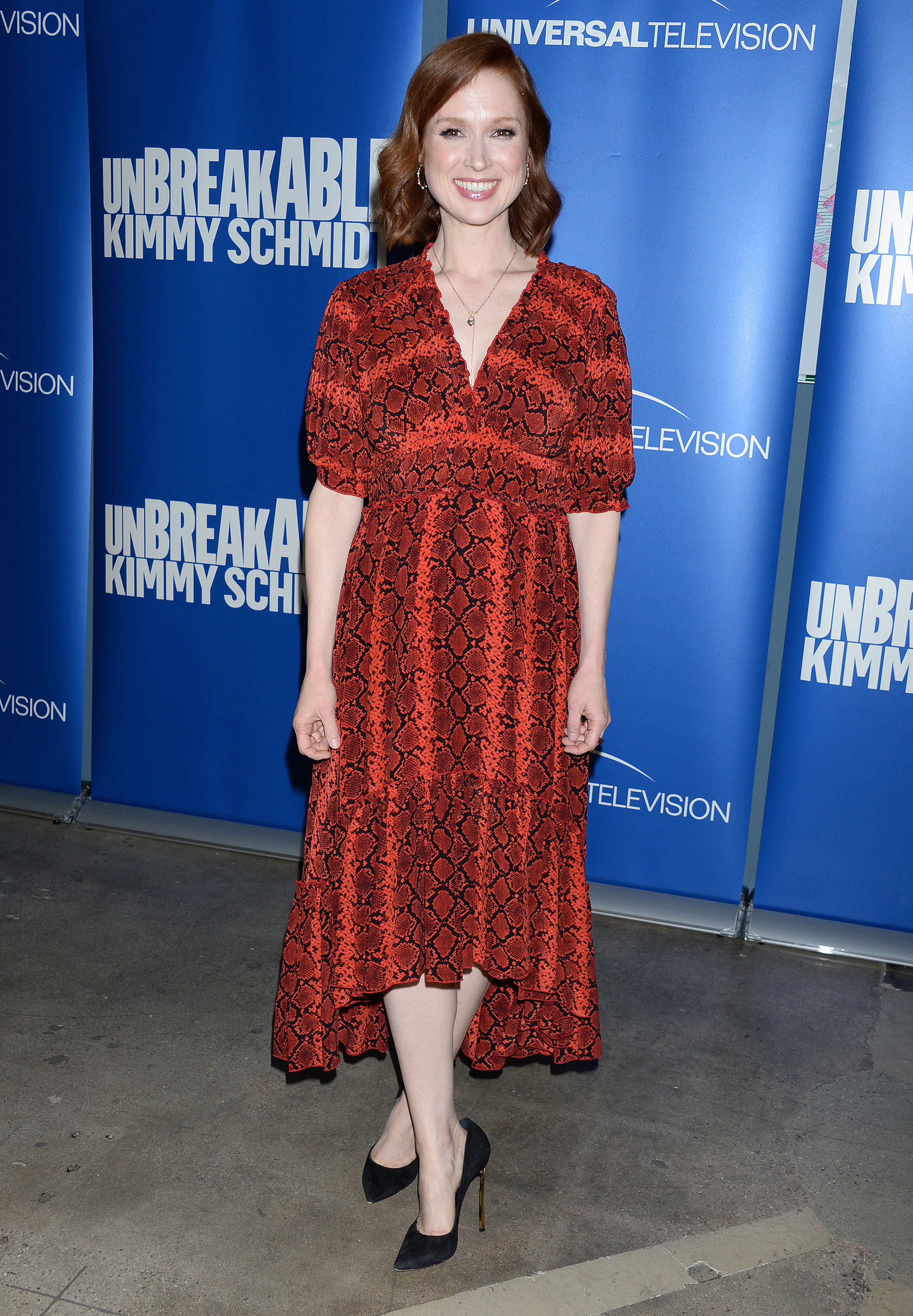 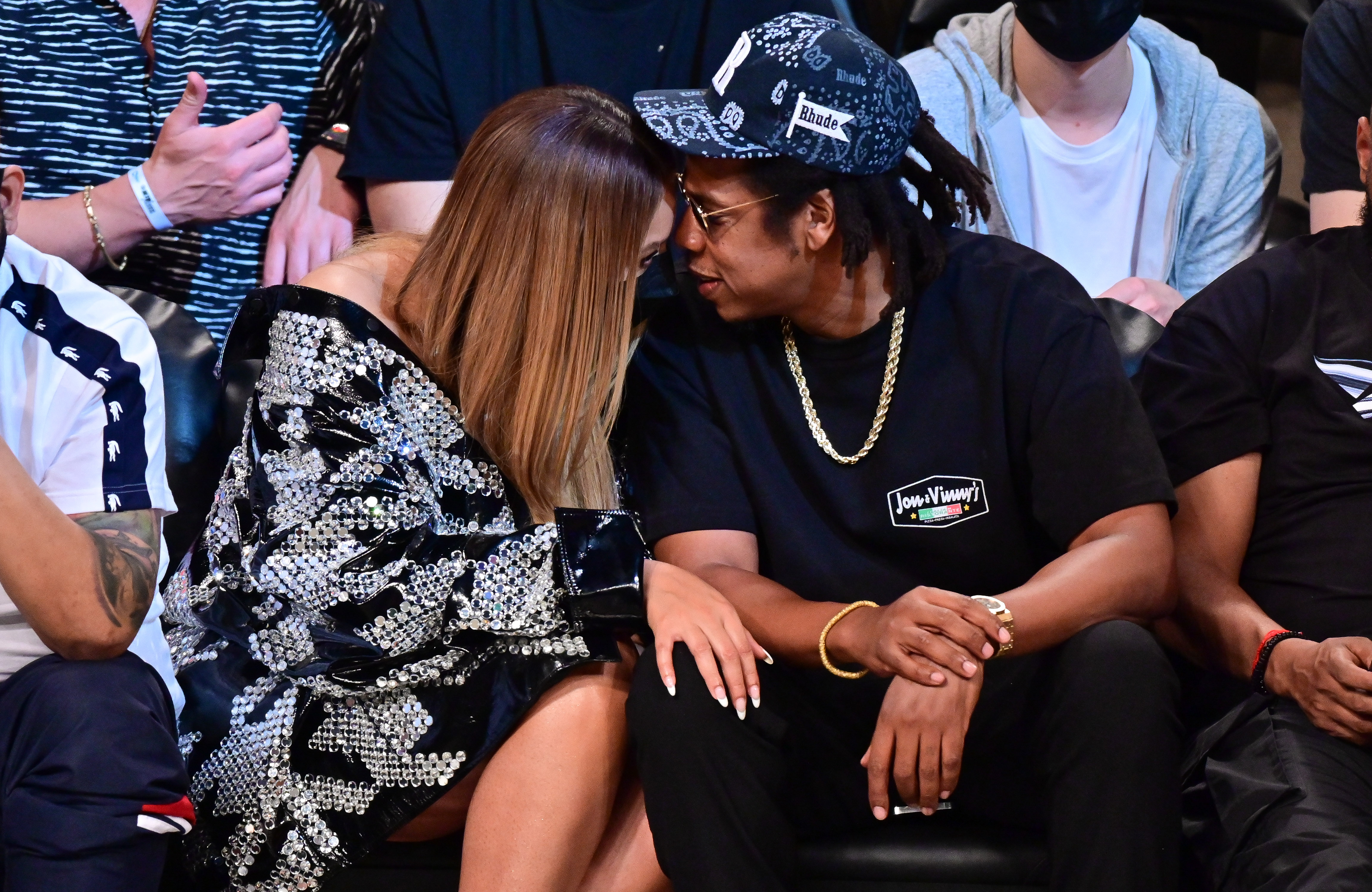 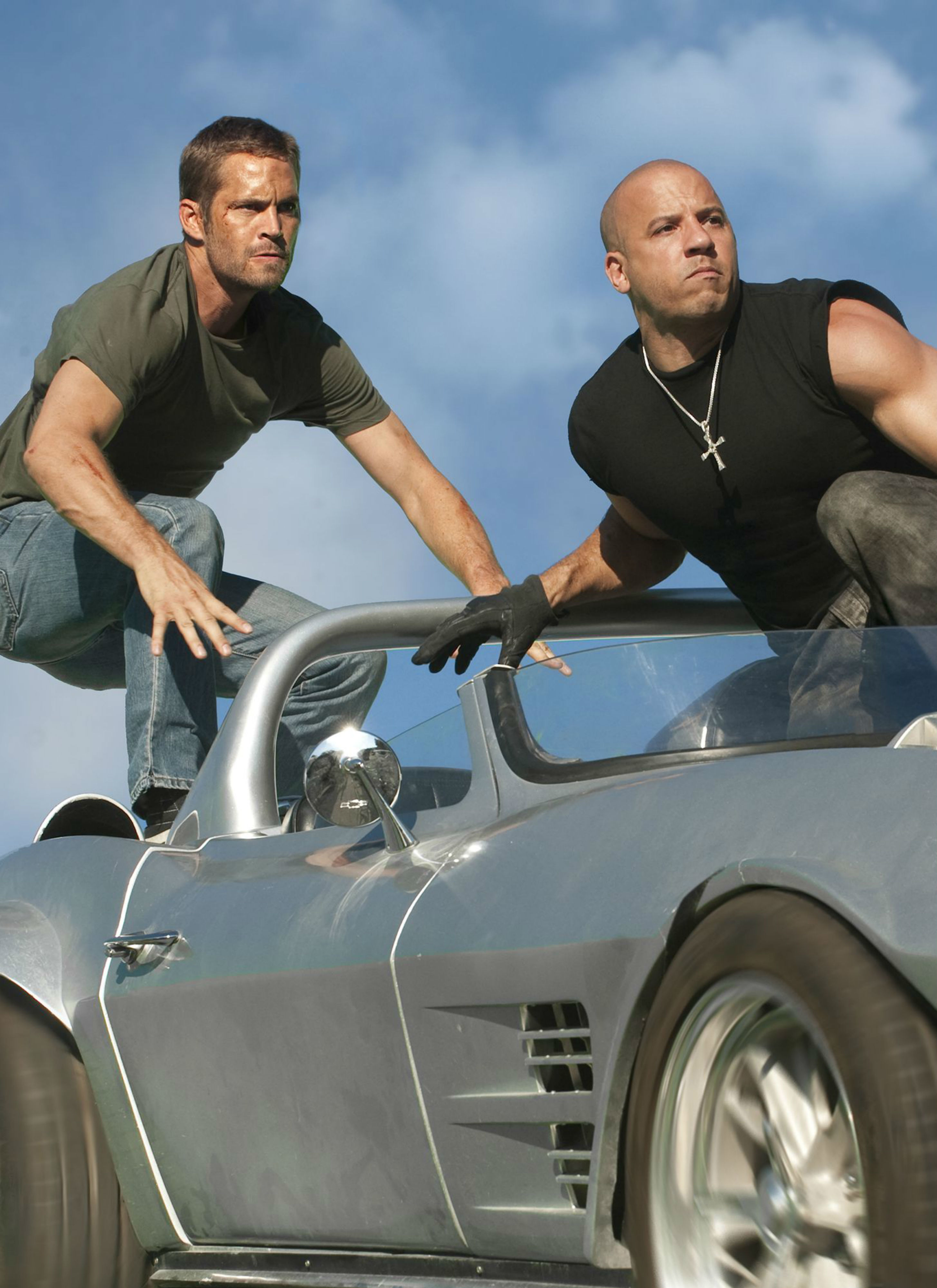 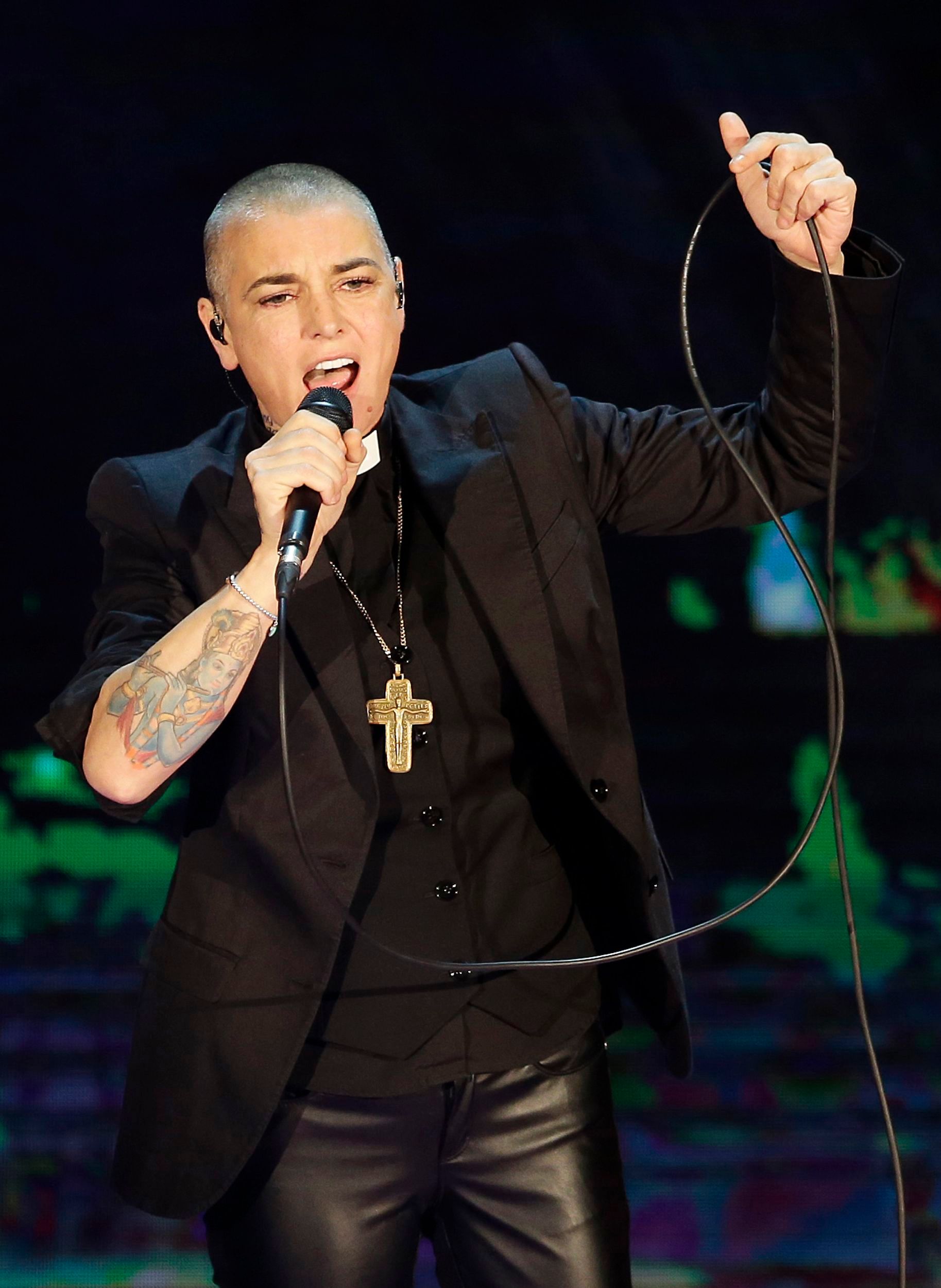 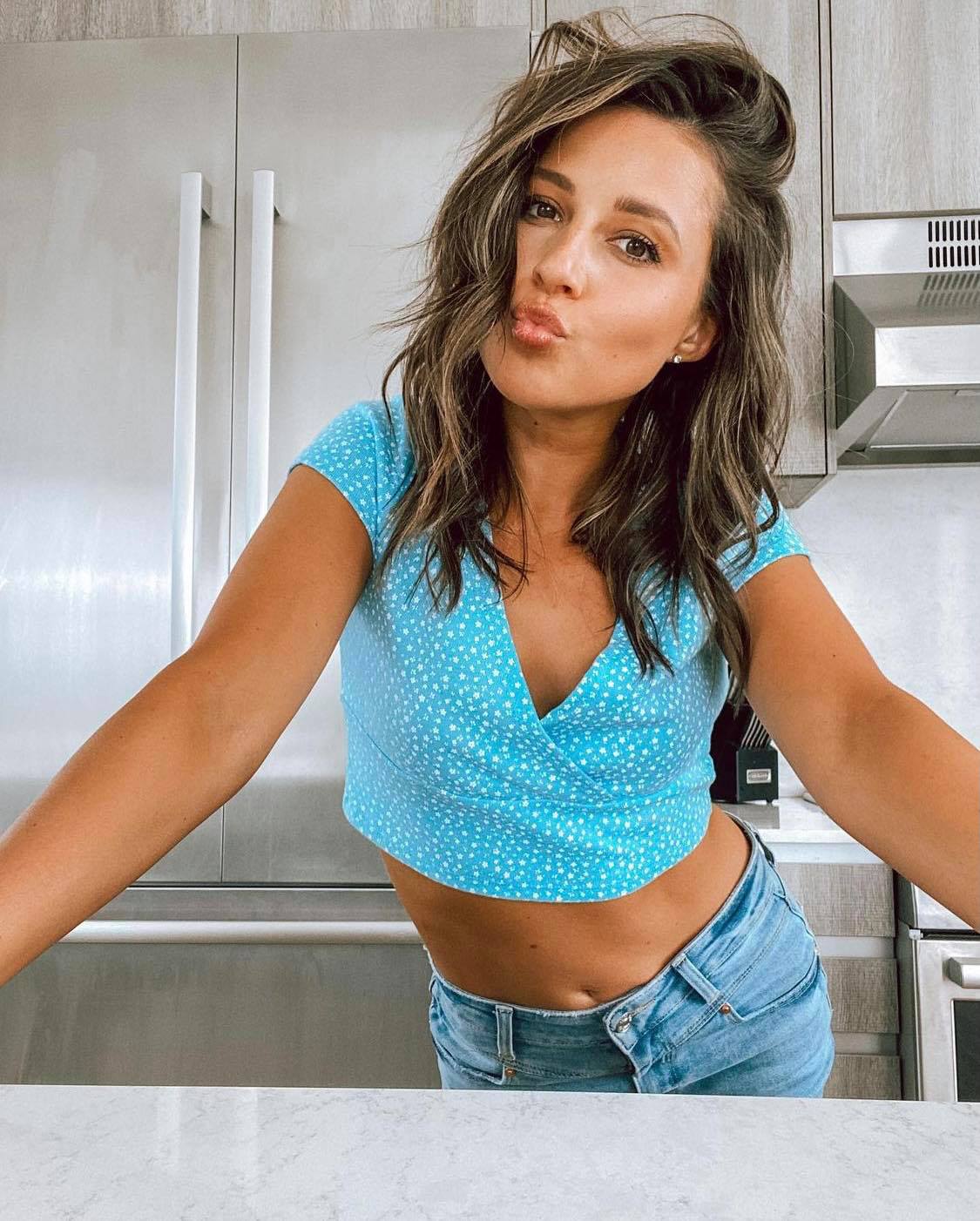 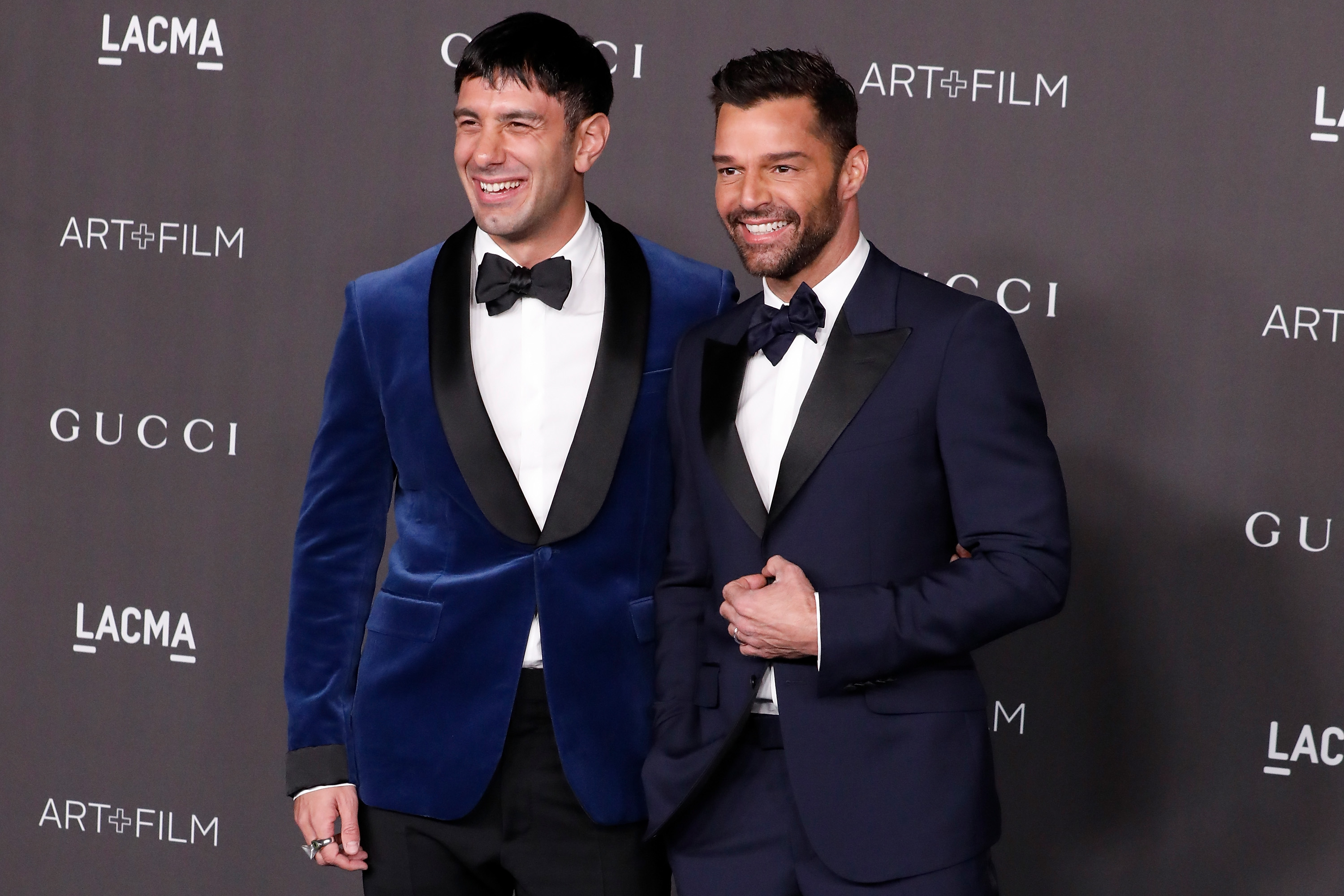 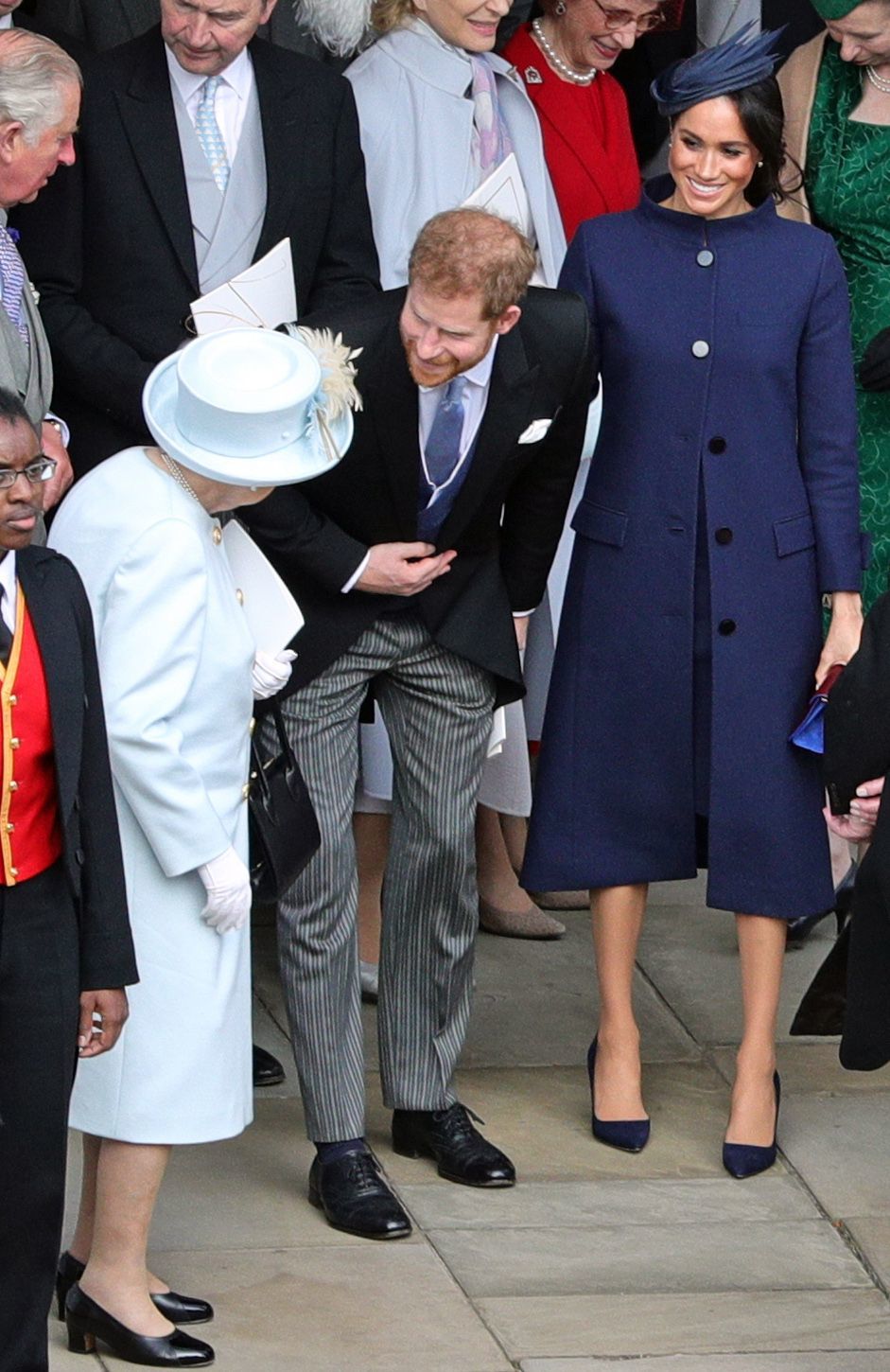 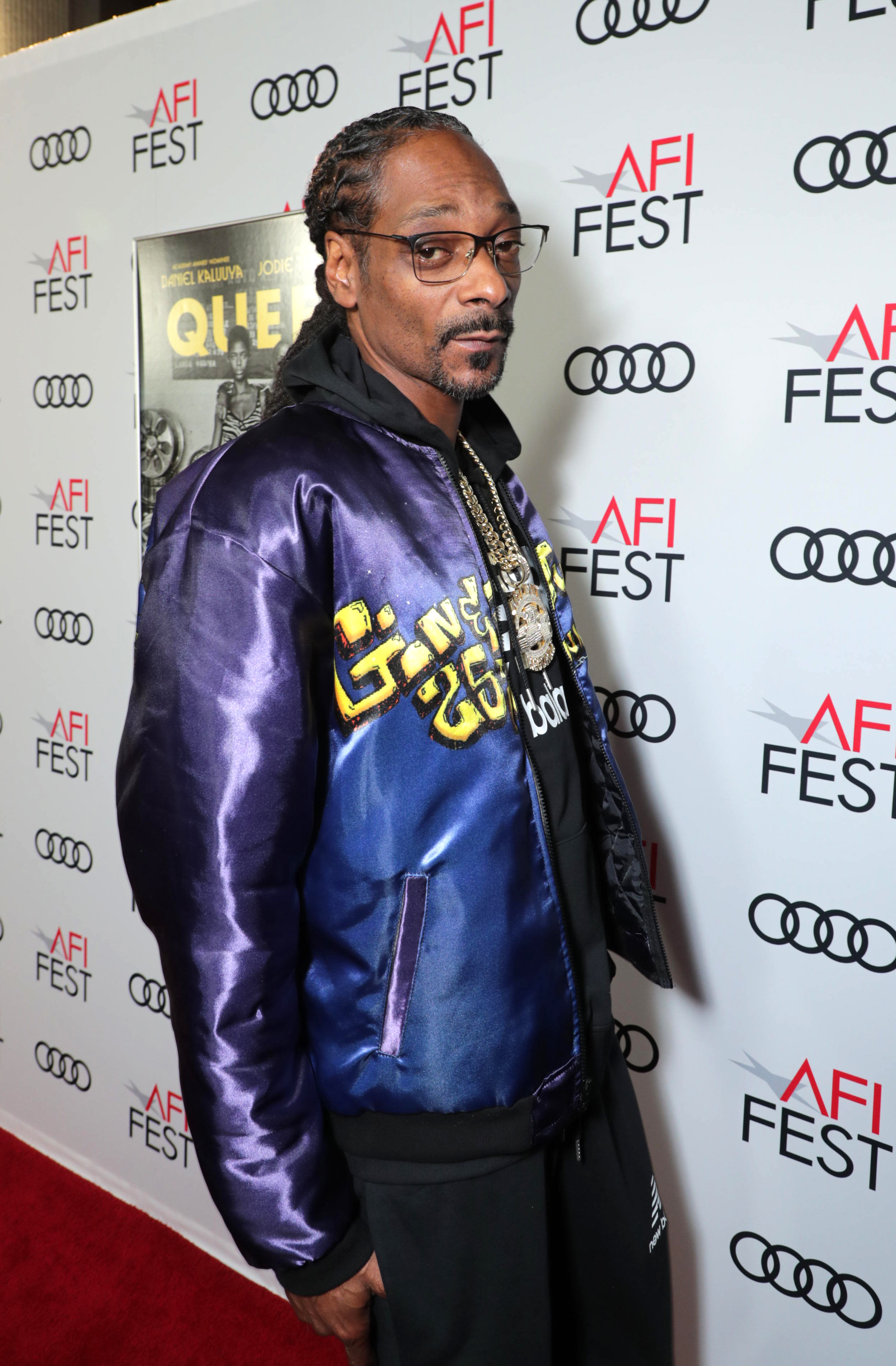 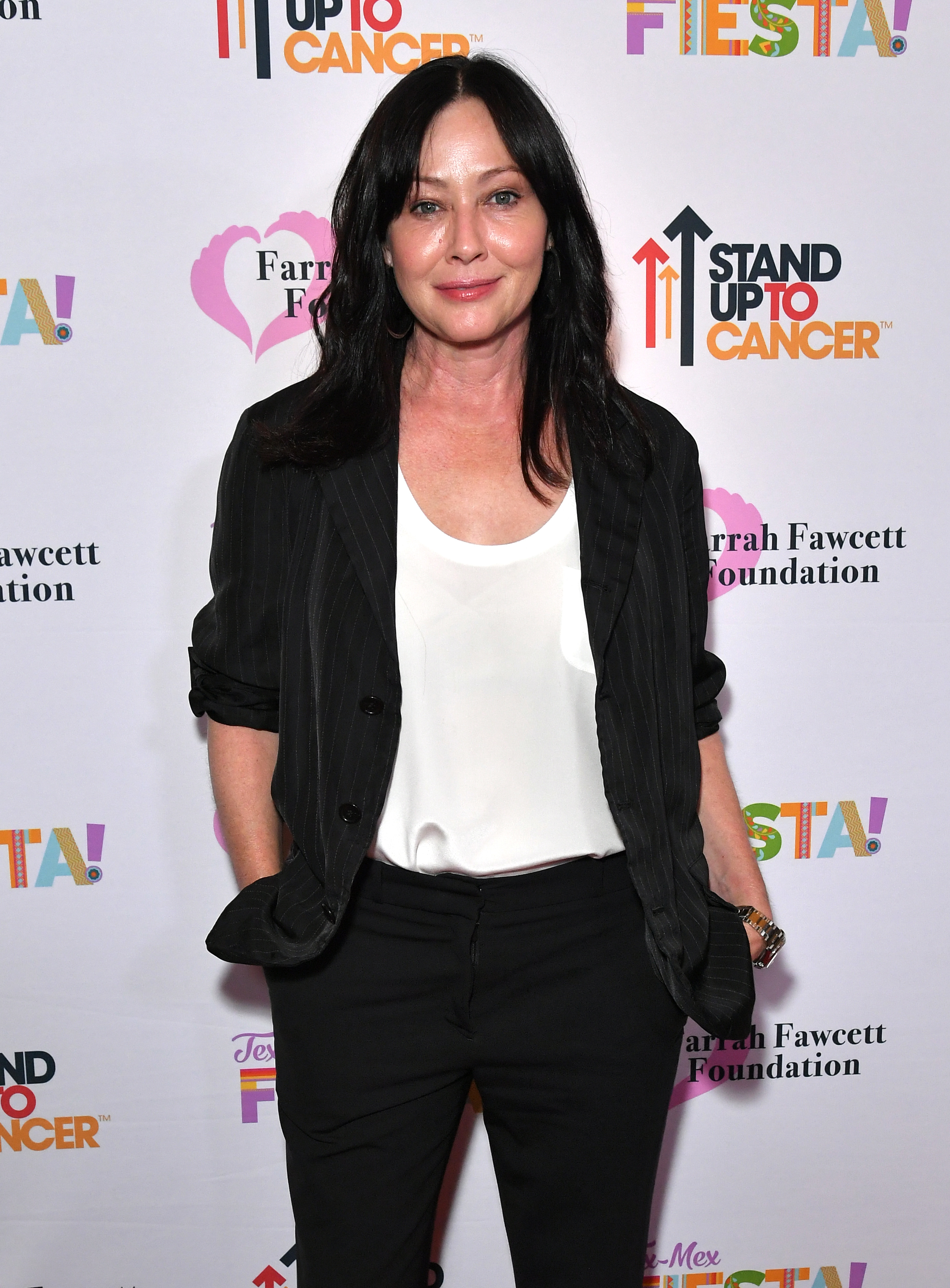 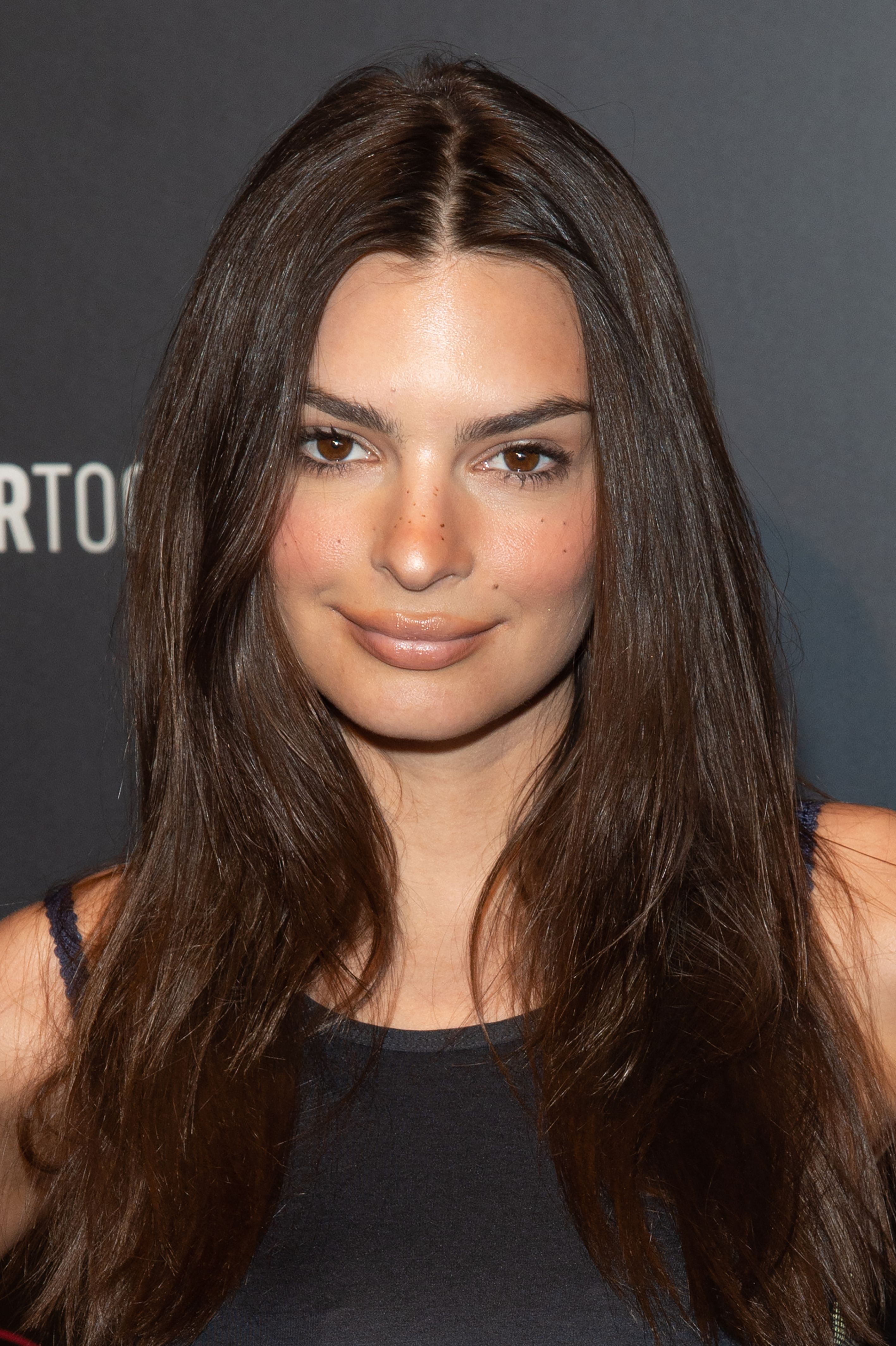