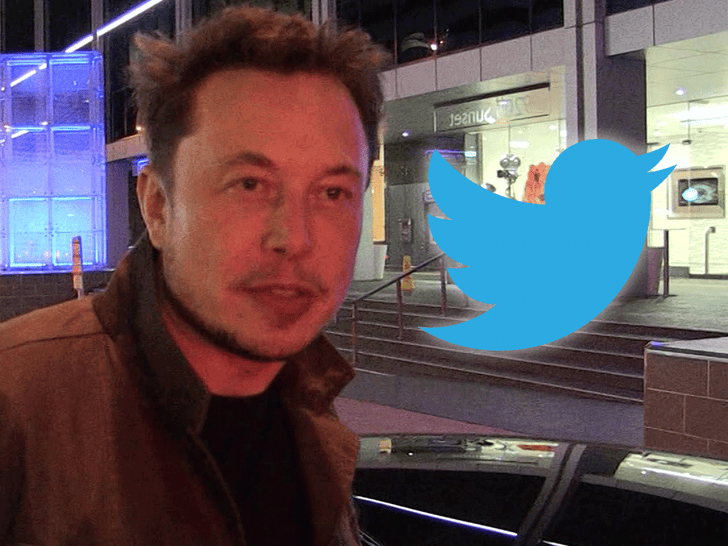 Elon Musk has let several prominent journalists out of Twitter jail … he just reinstated their suspended accounts for doxxing him — or so he claimed.

The Twitter honcho released a statement late Friday … “The people have spoken. Accounts that doxxed my location will have their suspensions lifted now.”

Of course, Musk is referring to a Twitter poll he took Thursday night, asking voters if the reporters’ accounts should be promptly restored or put on ice for 7 days. A majority of people — over 58 percent — voted to have the accounts reinstated immediately. So Elon obliged. 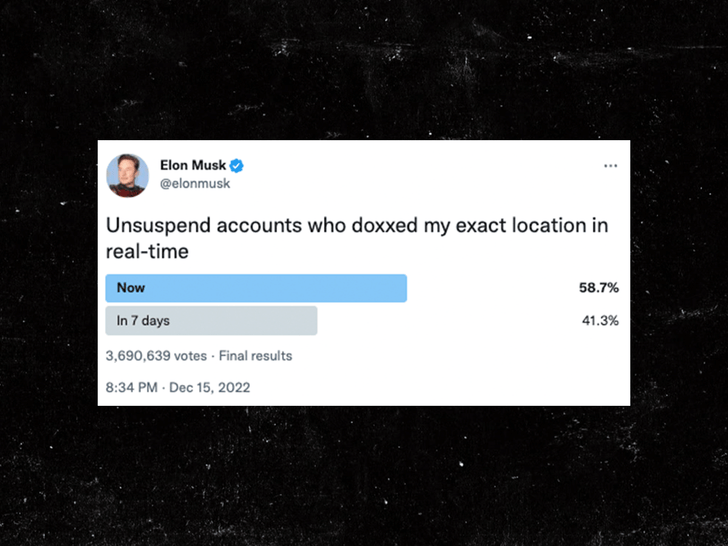 As we reported … Musk came under fire earlier this week when he suspended the accounts of at least 7 journalists, including Donie O’Sullivan (CNN), Drew Harwell (Washington Post), Matt Binder (Mashable), Ryan Mac (New York Times) and Micah Lee (The Intercept). The Chief Twit accused the reporters of tracking his private jet using publicly available data and doxing him online by disclosing his personal details and whereabouts. 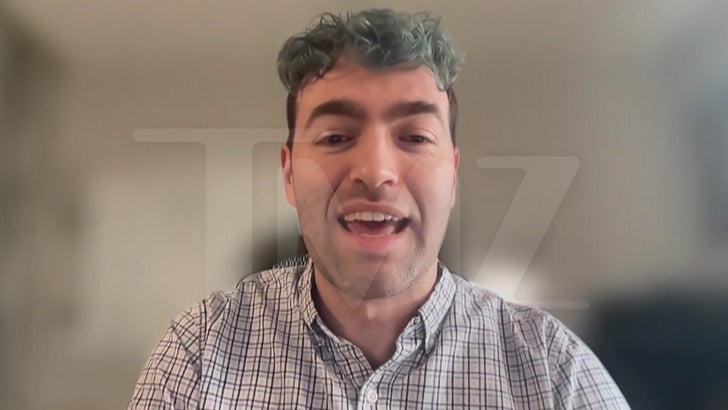 But, the journalists insisted they never published Elon’s private information, and believe the real reason Musk temporarily shut down their accounts is because of their unfavorable coverage of him. Congresswoman Alexandria Ocasio-Cortez and House Intelligence Committee chairman Adam Schiff also blasted Musk for suspending the accounts. 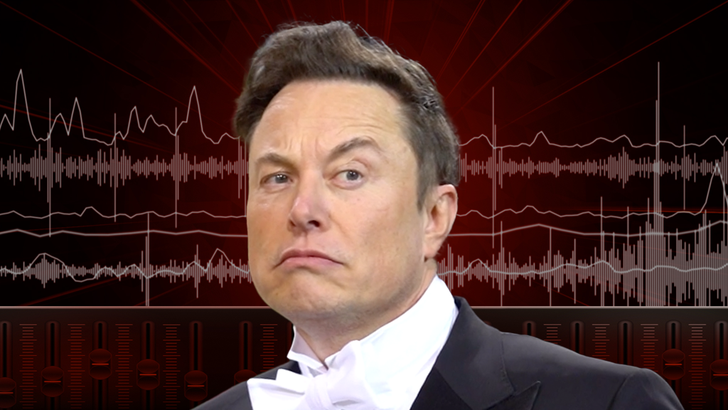 There was more drama … Musk attended an online chat with the reporters he suspended. The journalists pointed out Elon was doing the same thing he criticized the former Twitter bosses of doing when they suppressed the Hunter Biden story. Musk bolted the chat room after putting a bow on it … “If you dox, you get suspended, end of story, that’s it.”