Eurovision 2022: Favourites Ukraine advance to the final after thanking the audience for ‘supporting their country’ – but Latvia miss out despite censoring their lewd track

Ukraine have advanced to the grand final of the 2022 Eurovision Song Contest, after band Kalush Orchestra took to the stage during Thursday’s semi-final in Turin.

Having been odds-on favourites to take the title, the band earned a deafening reaction from the live audience following their performance, and thanked the crowd for ‘supporting their country.’

Ukraine were among 10 countries including Iceland, Lithuania and Moldova that were voted through to Saturday’s live final, but Latvia sadly missed out despite censoring their vegetable-themed anthem for the pre-watershed show. 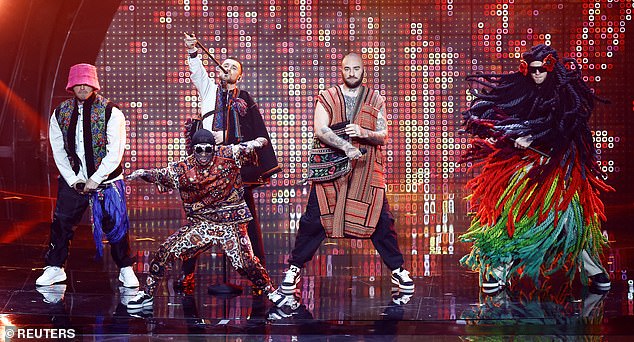 Made it! Ukraine have advanced to the grand final of the 2022 Eurovision Song Contest, after band Kalush Orchestra took to the stage during Thursday’s semi-final in Turin

Kalush Orchestra delivered a live performance of their song Stefania, despite prior fears they’d be unable to travel to Italy for the Contest in the wake of Russia’s invasion of Ukraine.

At the end of their performance, lead singer Oleh Psiuk said: ‘Thank you for supporting Ukraine,’ to a thunderous reception from the audience.

After 17 acts performed in the semi-final, a total of 10 received enough votes from viewers to advance to the live final. 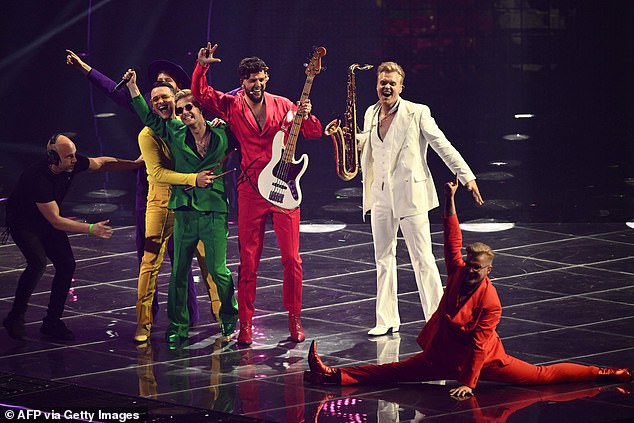 Oh dear! Latvia’s Citi Zen missed out on a place in the final despite censoring their anthem to vegetarianism 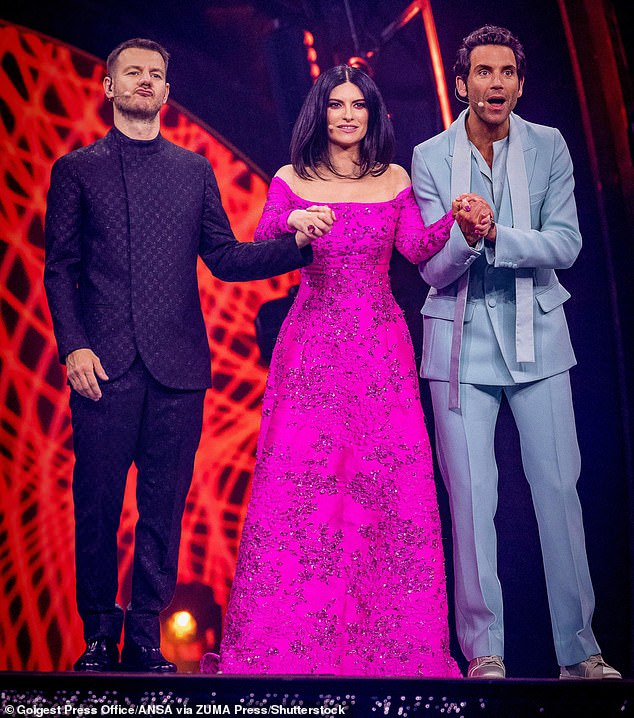 It’s back! Alessandro Cattelan, Laura Pausini and Mika took to the stage at the Pala Olimpico indoor stadium in Turin to host the live show

Sadly this meant seven countries missed out, most notably Latvia’s Citi Zēni, who performed their ode to vegetarianism Eat Your Salad.

The group were advised by Eurovision bosses to censor their song for the pre-watershed show, but the audience were quick to complete the lewd lyric, sparking an apology from commentators Rylan Clark and Scott Mills. 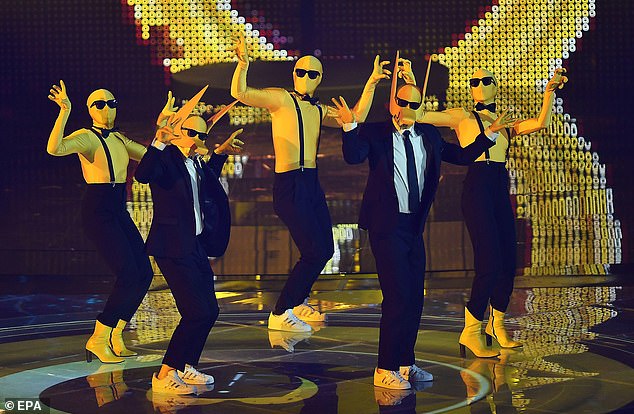 Zany: Norway’s quirky act Subwoolfer was among 10 performers who advanced to the final with their song Give That Wolf A Banana 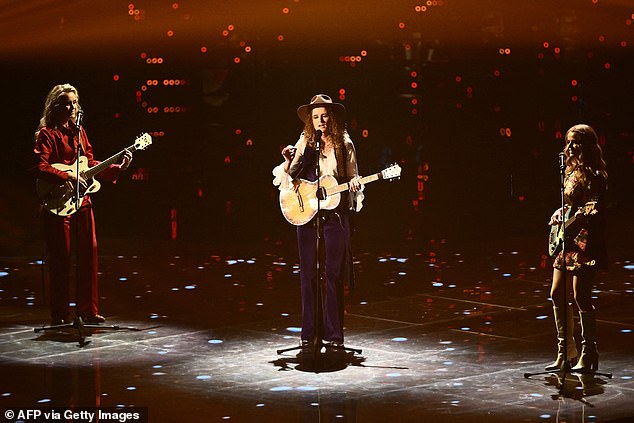 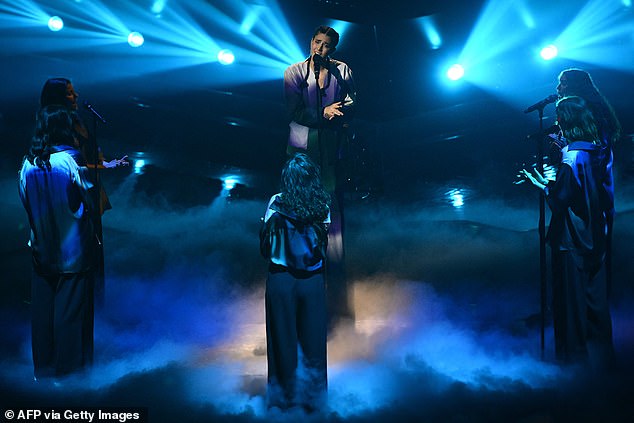 Stunning: Portugal’s Maro performed her song Saudade, Saudade, which was among the 10 finalists

Singing: ‘Instead of meat I eat veggies and…’ before the crowd could be heard singing ‘p***y!’

Elsewhere host Scott Mills poked fun at his newly-single co-host Rylan Clark by joking he’s ‘come off Grindr for a couple of hours’ to present the show. 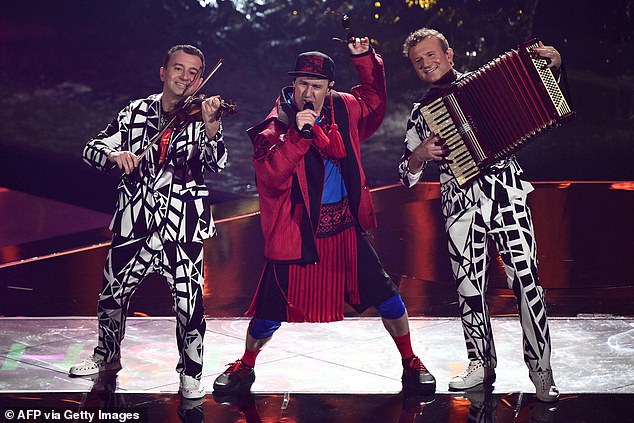 Sam Ryder will take to the stage to present the UK with his song Space Man, and in a surprise development he’s currently third-favourite.

He found fame covering songs on the social media site during lockdown, amassing 12 million followers and catching the attention of global stars including Justin Bieber and Alicia Keys. 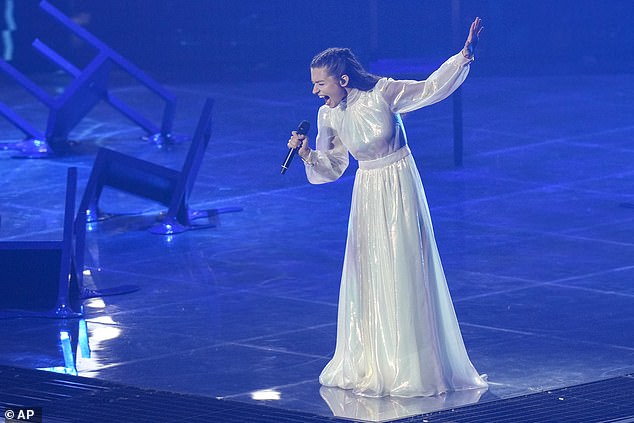 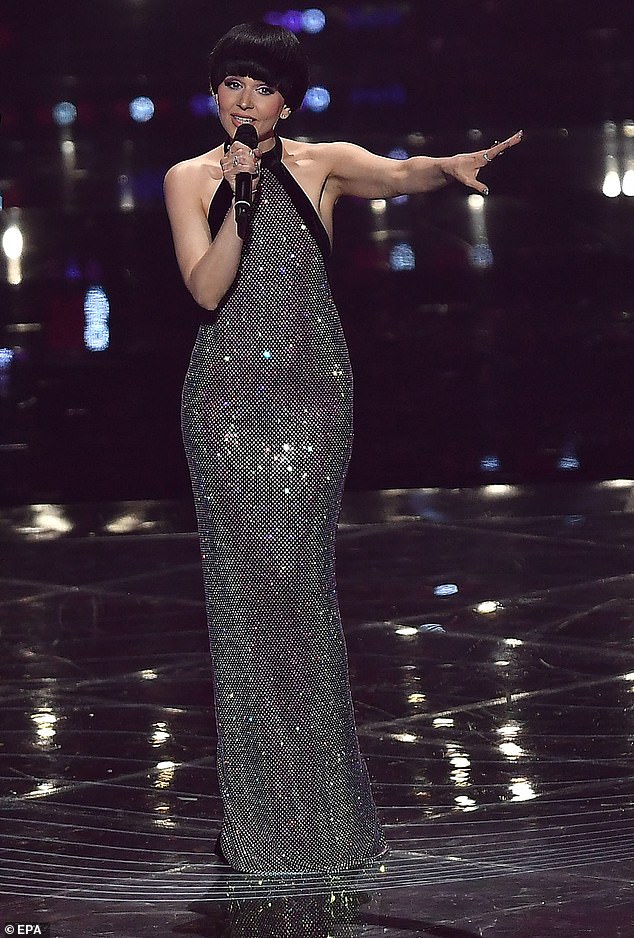 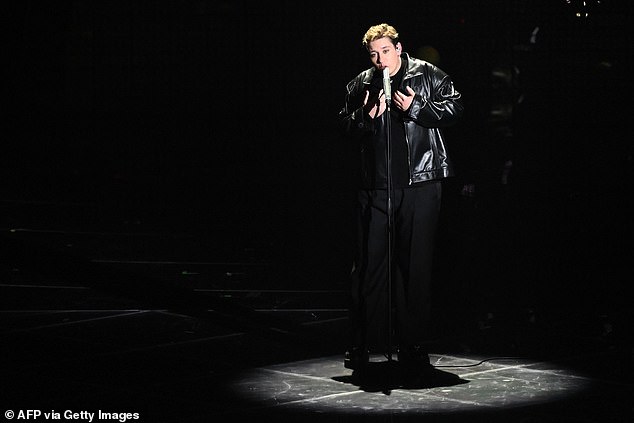 Showman: Switzerland’s Marius Bear hoped to go one step better for his country, who finished in third place last year 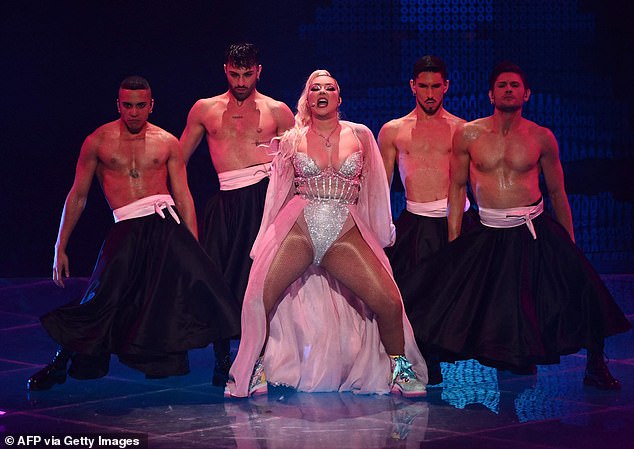 Energetic: Albania’s Ronela Hajati kicked off the semi-final with her energetic performance, but didn’t earn enough votes for a place in the final

Despite the UK’s poor Eurovision history in recent years, fans are hopeful Sam could break the trend and perform well in the competition.

Sam himself admitted on Monday that he is not focused on winning the contest, and his ‘personal goal’ is to simply get up on stage and sing.

He told i newspaper: ‘My personal goal for this is to sing with the same intention that I always sing with, and then come away with the joy it has given me.

‘To make it strategic and to make it so that the happiness it gives me is dependent on where I come on a score board is something I really don’t want to mess with.’ 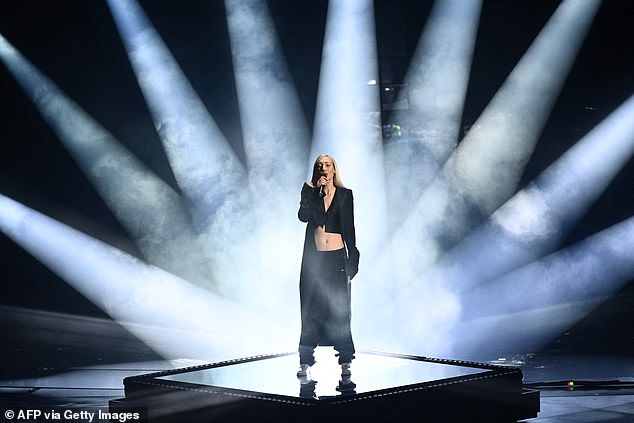 A vision: S10, who helmed from The Netherlands, delivered a stunning performance in her native language 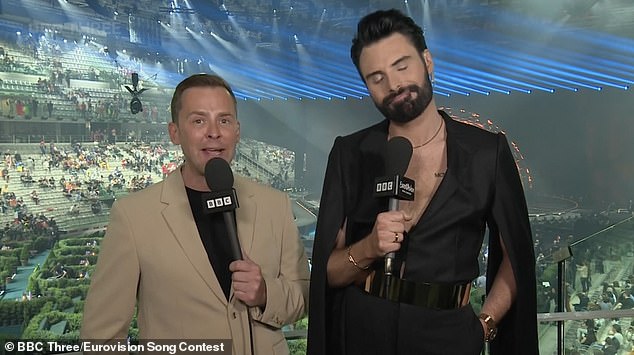 ‘He’s come off Grindr’: Meanwhile host Rylan Clark was the subject of a hilarious quip by Scott Mills they presented UK’s coverage of the semi-finals

Last year, the UK ended up at the bottom of the leaderboard after James Newman’s entry Embers scored zero points whilst Michael Rice’s 2019 entry Bigger Than Us also saw the UK finish last but Sam previously insisted that the ‘stigma’ of losing will not stop his enjoyment of taking part.

‘I love Eurovision. I think it’s such a privilege to be able to do. I don’t want to let the stigma or fear of coming at a certain place in a table stop me from doing something and being a part of something that I enjoy so much,’ he added.

The Eurovision Song Contest 2022 live final is on Saturday 14 May, 8pm BBC One. 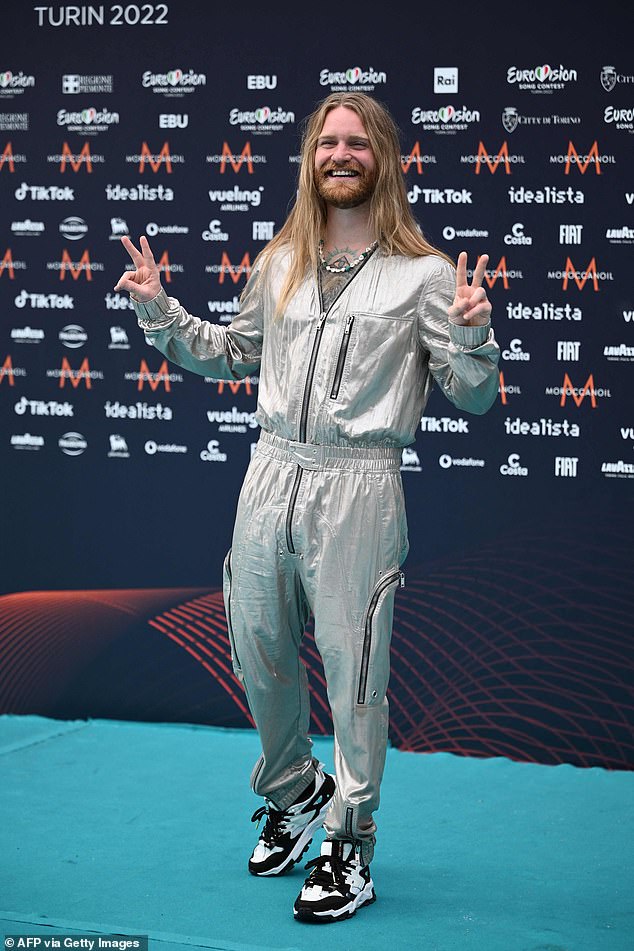 Fingers crossed! Sam Ryder will take to the stage in Saturday’s final to represent the UK with his song Space Man, and in a surprise development he’s currently third-favourite