Ferne McCann is pregnant with her second child.

The ex-TOWIE star is expecting a baby with her businessman fiancé Lorri Haines, 30, just months after they announced their engagement.

Mother-of-one Ferne, 32, met her boyfriend two years ago and he proposed during a romantic holiday to France in July. 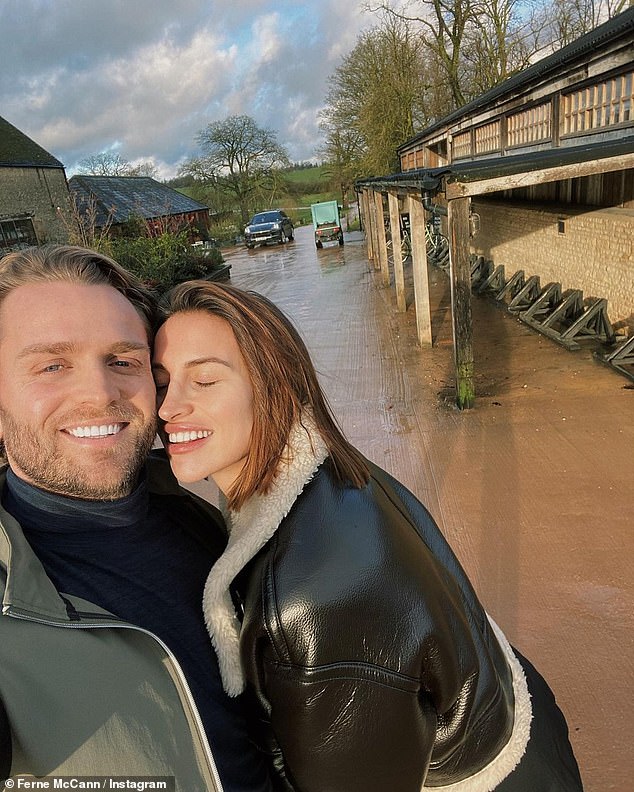 A pal told The Sun: ‘Ferne is over the moon. From the moment she met Lorri she knew she wanted to marry him and have his kids.

‘They’re both ready to commit and are looking forward to their future together.’

MailOnline has contacted a spokesperson for Ferne for comment. 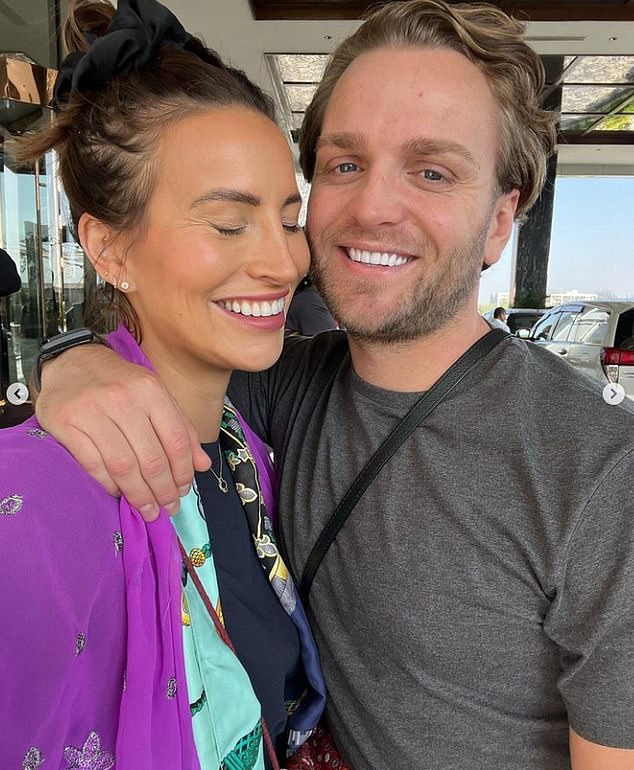 A pal told The Sun: ‘Ferne is over the moon. From the moment she met Lorri she knew she wanted to marry him and have his kids’

On Sunday, Ferne heaped praise upon Lorri as she shared a photo dump to Instagram on their one year anniversary.

She looked happier than ever as she cosied up to the businessman during a luxury getaway to Soho Farmhouse in Oxfordshire.

An anonymous Instagram account recently leaked voice notes allegedly sent by Ferne, with one hearing a woman’s voice label one of acid attacker Arthur Collins’ victims a ‘silly b****’ while another saw Ferne accused of body-shaming Sam Faiers.

She posted photos of themselves enjoying a stroll in the countryside, as well as a cycle and a full roast, before they posed for a beaming mirror selfie in matching robes. 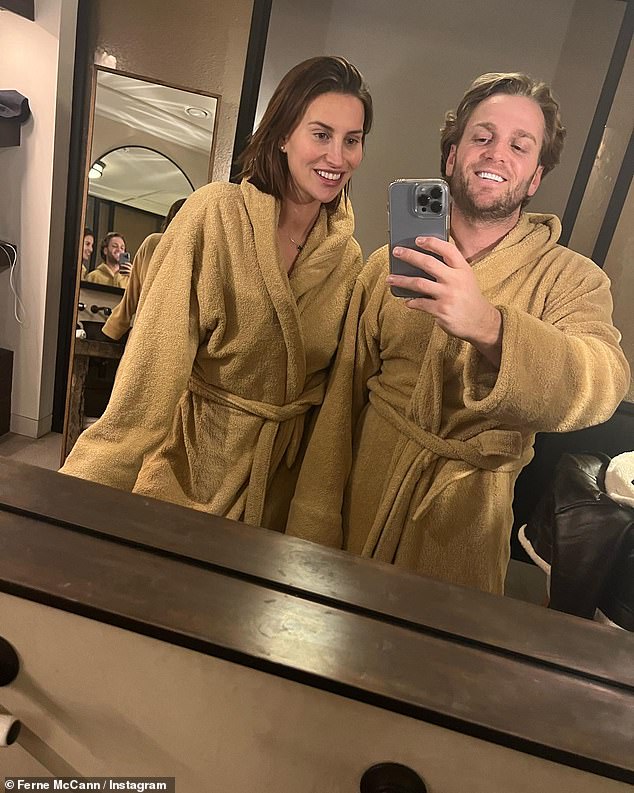 Cute: The former TOWIE star, 32, looked happier than ever as she and Lorri celebrated their one-year anniversary at Soho Farmhouse in Oxfordshire

Ferne wrote in her caption: ‘Celebrating our one year anniversary. I’ve learnt so much about love since being in this relationship. Perhaps before I had a warped idea of what love actually was.

‘The good the bad & the ugly. So Thankyou @lozzahaines for showing up through the good times and the really really really s**tty times! It’s not been the easiest first year of a relationship but it’s also not been a total write off.

‘So with the ebb & flows, I am super happy to have you by my side. Here’s to many more babe.’ 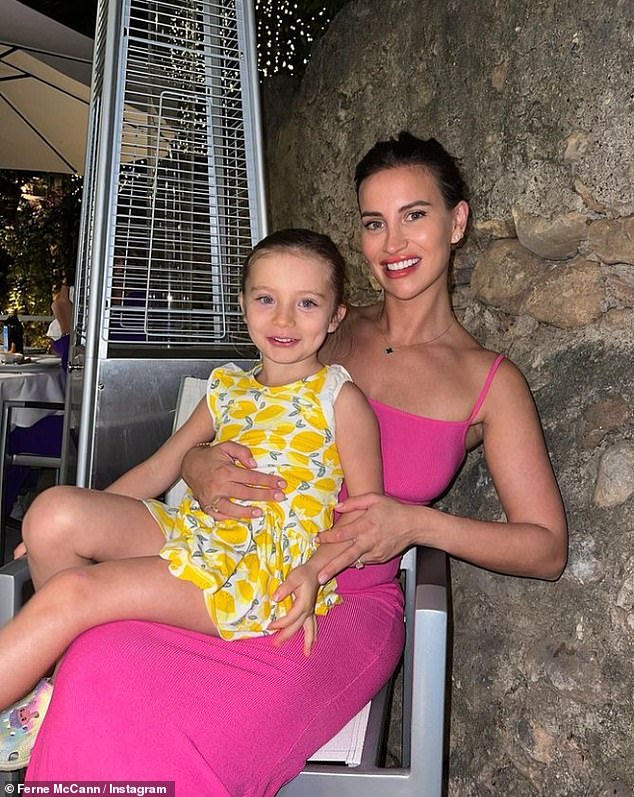 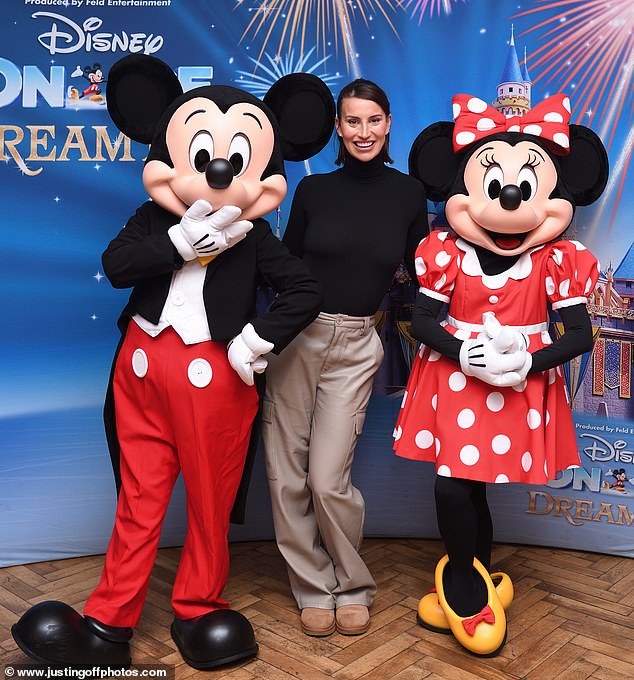 Expecting: Ferne was last pictured on New Year’s Eve at Disney On Ice

It comes after Ferne opened up about having an ‘incredibly difficult’ few months as she discussed how meditation has helped her feel ‘positive’ again.

The reality star took to her Instagram Stories to speak about how she has been helping herself to feel ‘calm’ amid her difficult time.

Amid the voice note scandal, Ferne took to her Instagram to speak about her ‘incredibly difficult’ time, saying she is feeling ‘positive’ for the first time since.

She re-shared a photograph of herself meditating from her recent work trip to India and said she has been continuing the practice since returning home.

In the snap, Ferne could be seen sitting cross-legged in brown leggings and a beige shirt as she meditated in a sun-soaked garden. 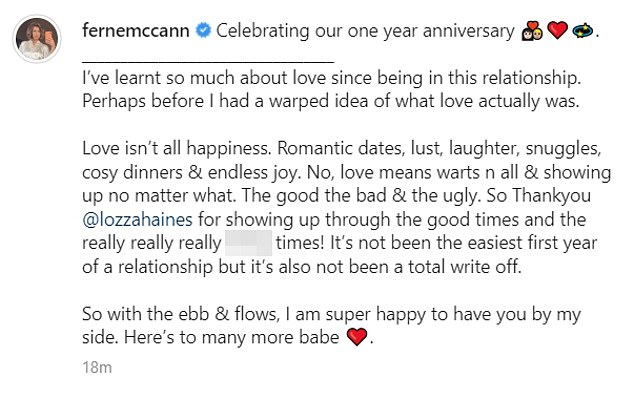 Opening up: On Sunday, Ferne heaped praise upon Lorri as she shared a photo dump to Instagram on their one year anniversary

In an accompanying caption, Ferne admitted she feels ‘so calm’ and ‘positive’ for the first time in months as she spoke about how meditation has helped her.

She penned: ‘I’ve been waking up so early. It must be the jet lag since returning from India. To utilise my time this morning I meditated.

‘I’ll be honest, I haven’t meditated at home for a long time. I am so glad I just got on with it this morning.

‘Why is it that we often put off most things that benefit us the most? Sometimes you’ve just got to bit the bullet and 54321 commit to it.’

She added: ‘From my meditation, I really focused on just connecting with the stillness. The stillness in my mind and body. It’s not always easy but I didn’t want to complicate it.

‘I felt and feel so calm and for the first time after some incredibly difficult months I felt positive. This morning was such a reminder for me to surrender to the here and now. 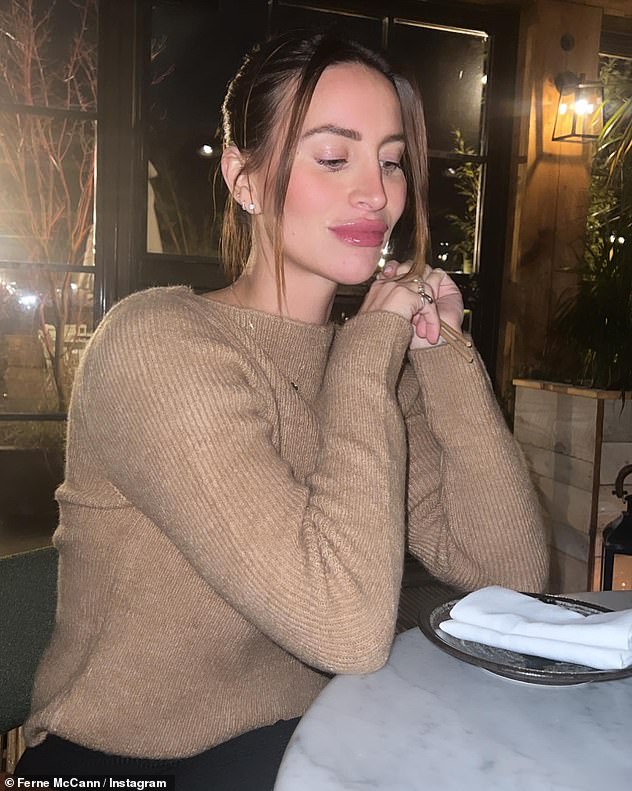 Feeling happier: It comes after Ferne opened up about having an ‘incredibly difficult’ few months as she discussed how meditation has helped her feel ‘positive’ again

‘Just be and commit a little harder to those moments that you know will benefit you the most.

‘This is your sign to do something today that will lighten your mood. Take care of yourself.’

Her comments come after she took to Instagram last month to share snaps from her recent trip to India, where filming has allegedly resumed for her reality show, First Time Mum.

She shared snaps of herself in a purple sari as she posed alongside her fiancé, describing the trip as ‘life-changing’.

In one post on her Stories, she wrote: ‘I have taken some time away from social media to be totally present on our recent trip to India & to live in the moment. To quite literally be where my feet are.

‘I feel balanced, I surrender all my worries, I maintain strength, I’ve gained clarity, I am present.’

Ferne penned in another caption: ‘It’s wedding season out here. On every corner there is a celebration. A wedding party come over & were so excited to give me a tika [sic].’

As well as the posts on her Instagram Stories, Ferne also documented their ‘very special’ India trip with an array of photographs shared to her grid.

Ferne became a household name after her debut on the ninth series of TOWIE, but left the show in 2016. 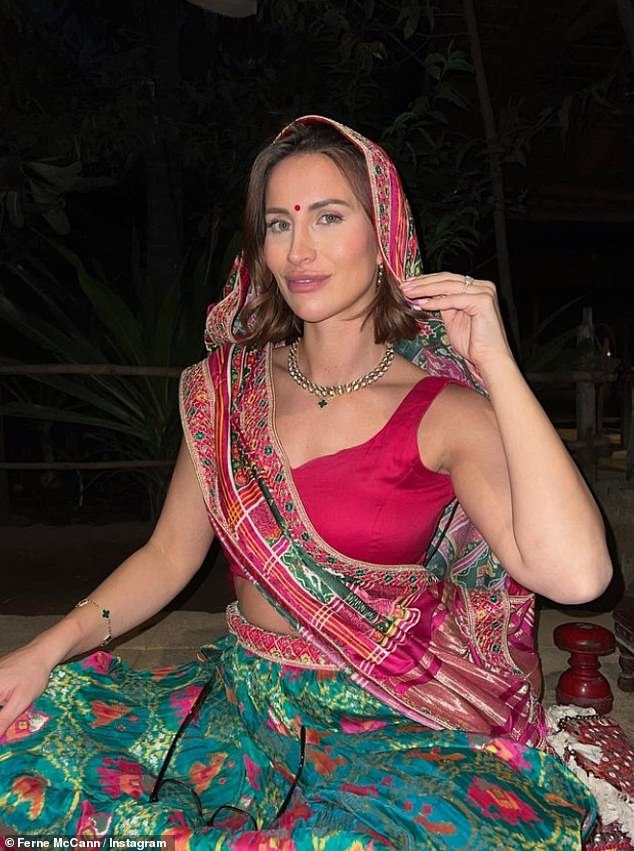 Back to work: Ferne took to Instagram last month to share snaps from her recent trip to India, where filming has allegedly resumed for her reality show, First Time Mum