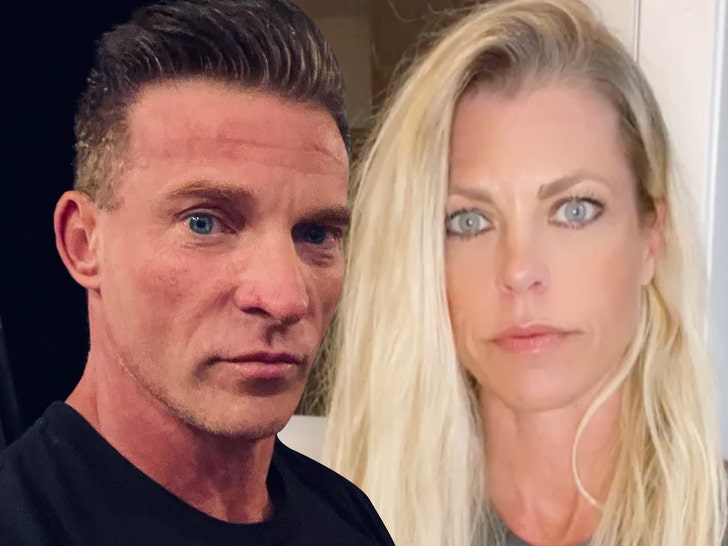 “General Hospital” star Steve Burton says his wife is having a baby, but he’s not jumping for joy … revealing the baby-to-be isn’t his.

In a scenario that could happen on the soap itself … Steve revealed his wife, Sheree Gustin, was pregnant — but he “wanted to clear something up.” Steve goes on to say, “The child is not mine. We are still co-parenting our three beautiful kids.” 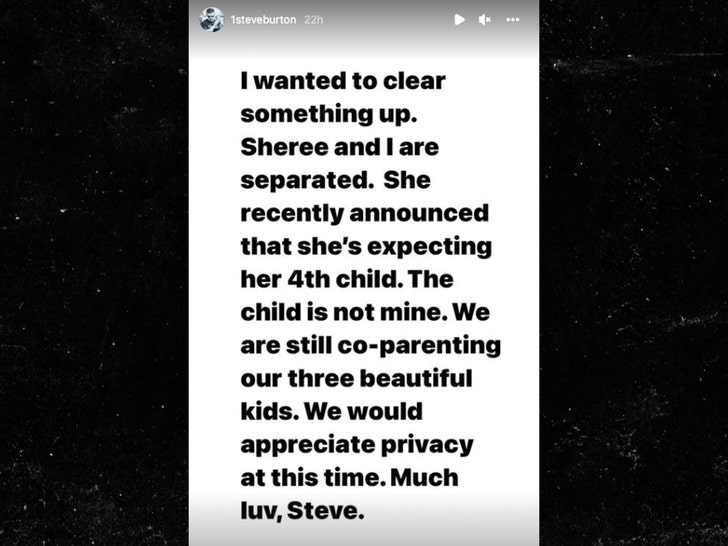 While it may come as a surprise to Steve’s fans, he says he and Sheree are separated.

Steve and Sheree have been married for more than 20 years, and have kids Makena, Jack, and Brooklyn together. We’ve not yet seen any divorce docs filed. 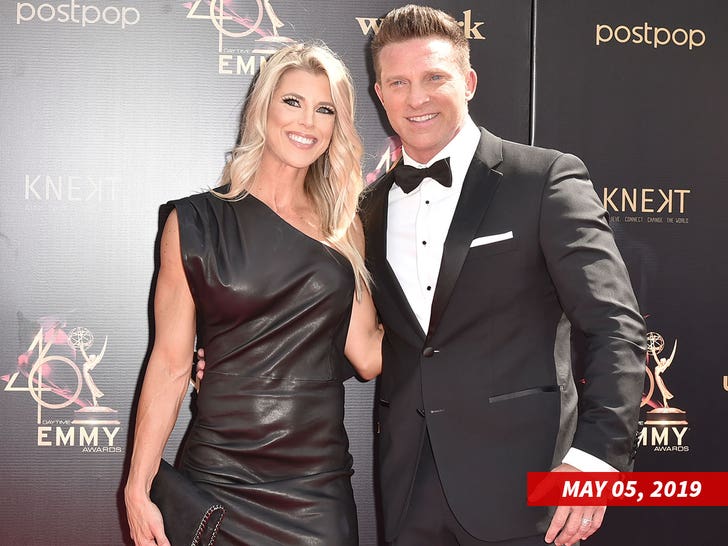 Up until 2021, Steve had been on “General Hospital” for almost 30 years … he left the show after refusing to comply with the COVID-19 vaccine mandate.