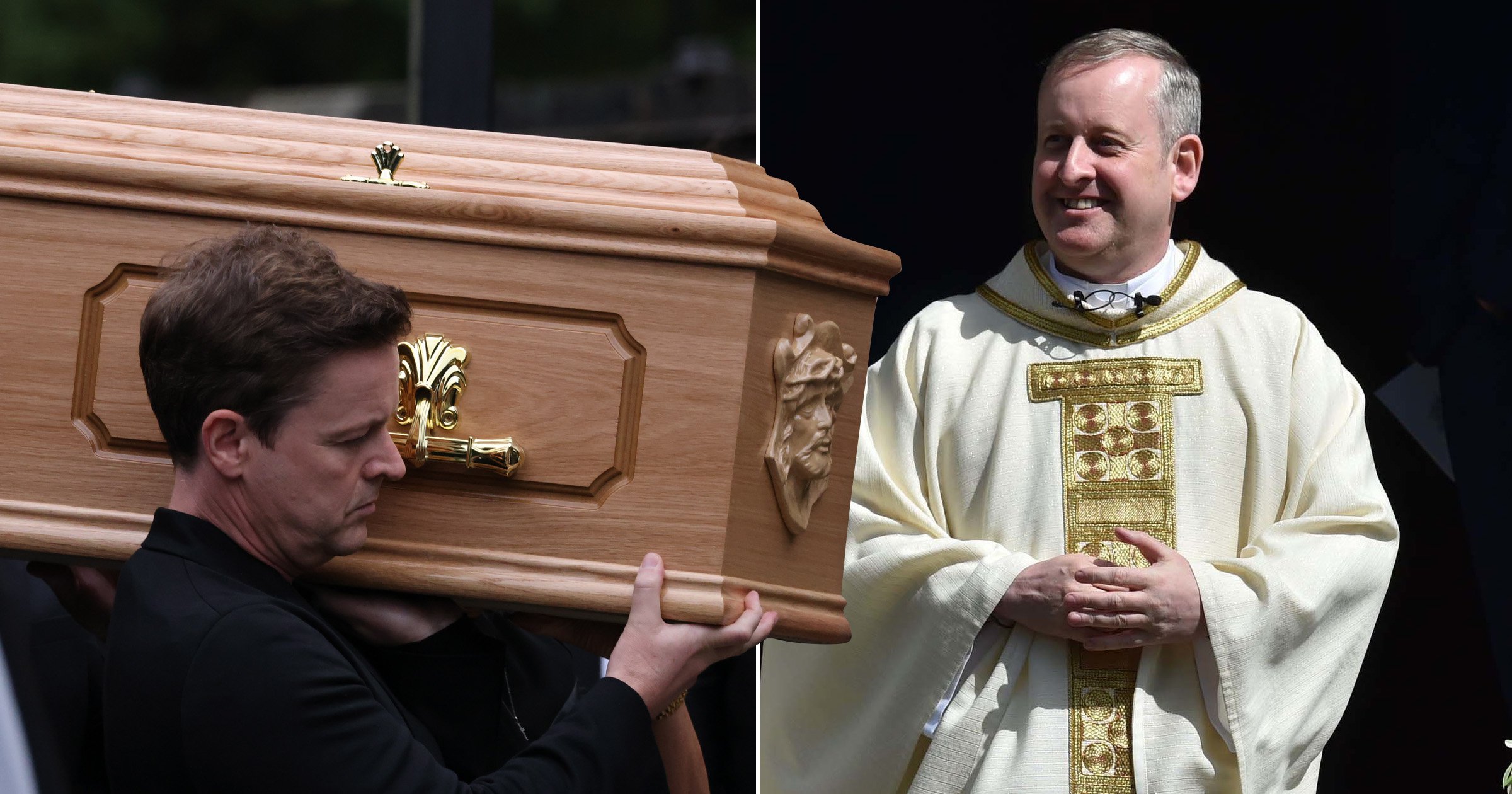 A grieving Declan Donnelly was spotted preparing to say his final goodbye to his late brother Father Dermott, carrying the Catholic priest’s coffin into church.

The TV star was joined by his family and friends at the Catholic Mass service on Thursday morning, after he died suddenly last week after suffering a serious illness.

Donnelly looked somber as he paid his final respects wearing a black suit, outside the church in Newcastle, ahead of the funeral on Friday.

The Britain’s Got Talent host, along with Fr Dermott’s other family members, were with him when he died ‘peacefully’ in hospital after he collapsed at home.

Fr Dermott’s death was announced on Thursday by the Bishop of Hexham and Newcastle, who said in a statement that the priest had ‘died peacefully this afternoon in hospital.’

The Bishop said the news has ‘come as a great shock to all of us’, adding: ‘Please pray for the repose of his soul and keep his family, especially his mother, in your prayers at this difficult time.’

His devastated brother confirmed the news on Twitter on Friday, writing: ‘I am heartbroken to tell you that my darling brother Fr Dermott, @TweeterPriest, sadly passed away this afternoon.

‘We are all beyond devastated. Thank you for your messages of sympathy and support, they are appreciated.’

Fr Dermott had conducted the Saturday Night Takeaway presenter’s wedding to Ali Astall in 2015, which took place in the same church as Friday’s service.

The family had kept Astall’s pregnancy news quiet, with the announcement the first fans had heard of the new arrival, as many noted Jack’s middle name was a nod to Donnelly’s co-star Ant McPartlin.