Heidi Klum flaunts her toned and tanned body in topless photo for ‘Hot Girl Summer’ while on vacation in St. Barts

The 49-year-old German beauty appeared confident as she put her firm derriere on display in a topless photo wearing only a string bikini bottom on Instagram.

The America’s Got Talent judge’s long blonde locks looked just-out-of-the-pool wet as they cascaded down her back. 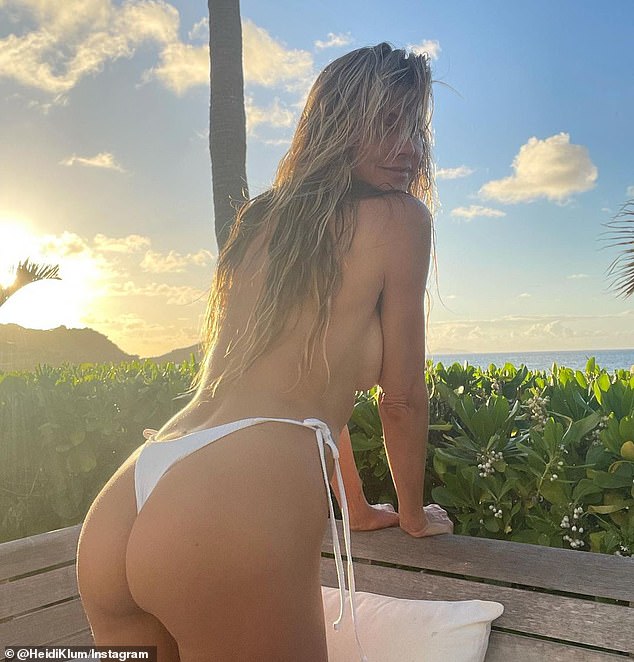 Confident: Heidi Klum appeared confident as she flaunted her toned and tanned body  in a topless photo wearing only a string bikini bottom on Saturda

Writing ‘My hot girl summer 2022,’ the 5ft9in model looked over her right shoulder as she leaned across a balcony with a view of the ocean.

The stunning snap appeared to be taken during her recent trip to St. Barts in the French West Indies.

Photos from social media also show that her husband Tom Kaulitz have been enjoying a fun-filled holiday with her four kids and his identical twin brother and bandmate, Bill Kaulitz, 32. 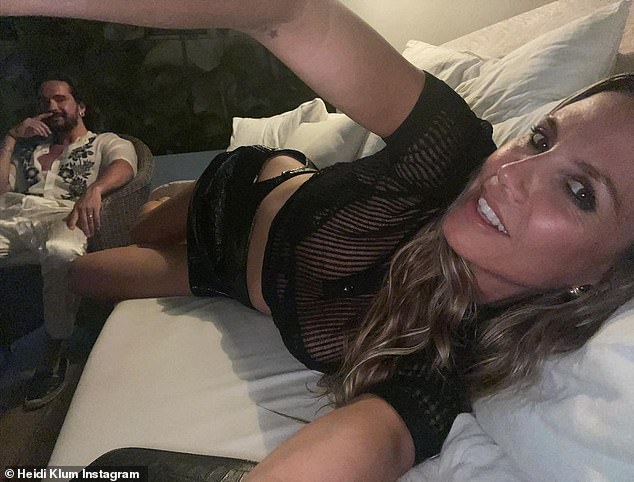 Family time: The supermodel has been enjoying family time with her husband, Tom Kaulitz, 32, as well as her four kids and his identical twin brother, Bill

A photo of the pair was labeled ‘Zwillinge,’ which is German for twins.

In one set of Instagram Stories posts, Heidi’s husband was shirtless as she nuzzled up against him.

The Making the Cut host often enjoys sharing romantic posts that include her hubby and Saturday was no exception.

She used animal face filters to mask some of their amorous activities as they kissed and cuddled for the camera. 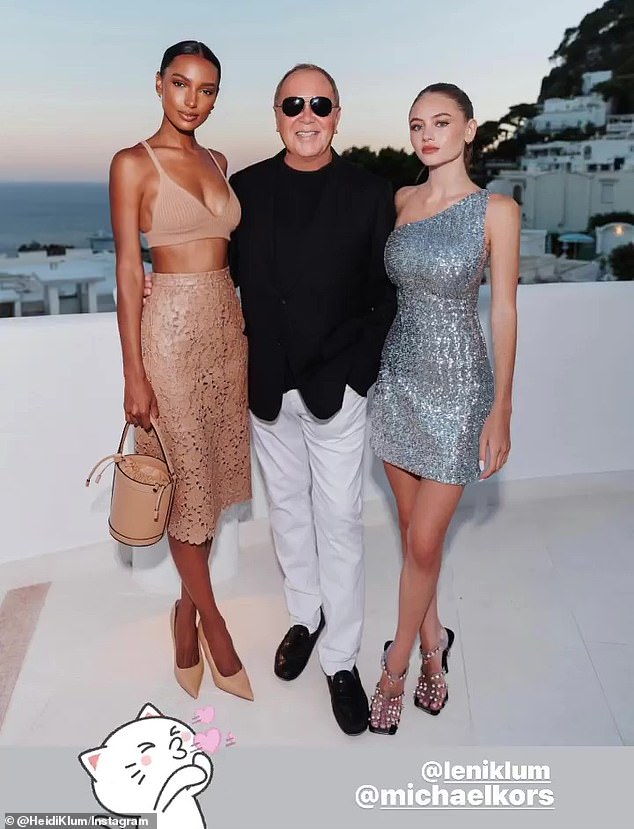 Supportive: The proud mom posted a photo of her daughter Leni, 18, who is following in her mom’s footsteps on the cat walk. Seen here with designer Michael Kors, 62,  and another model

The model and the Tokio Hotel guitarist have been married since 2019.

Heidi’s 18-year-old daughter Leni is following in her mother’s footsteps as a model and the proud mom couldn’t help but post a photo of her look-alike offspring in a silver one-shoulder mini dress standing next to designer Michael Kors, 62, and another model on her Instagram stories.

The trio appear to be in a beautiful villa overlooking the sea. 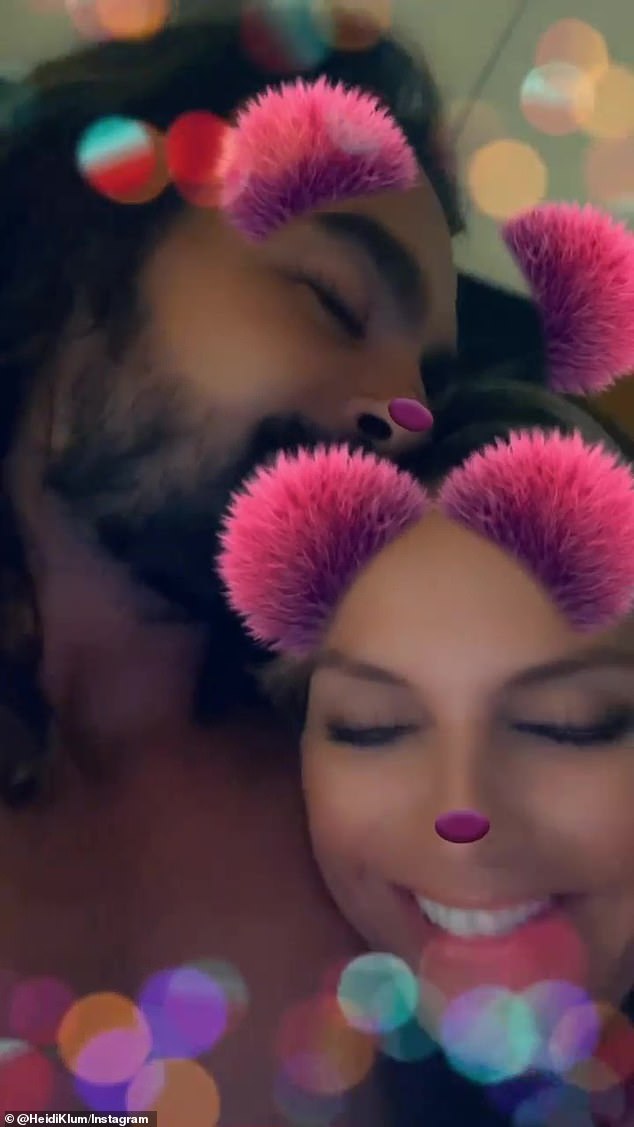 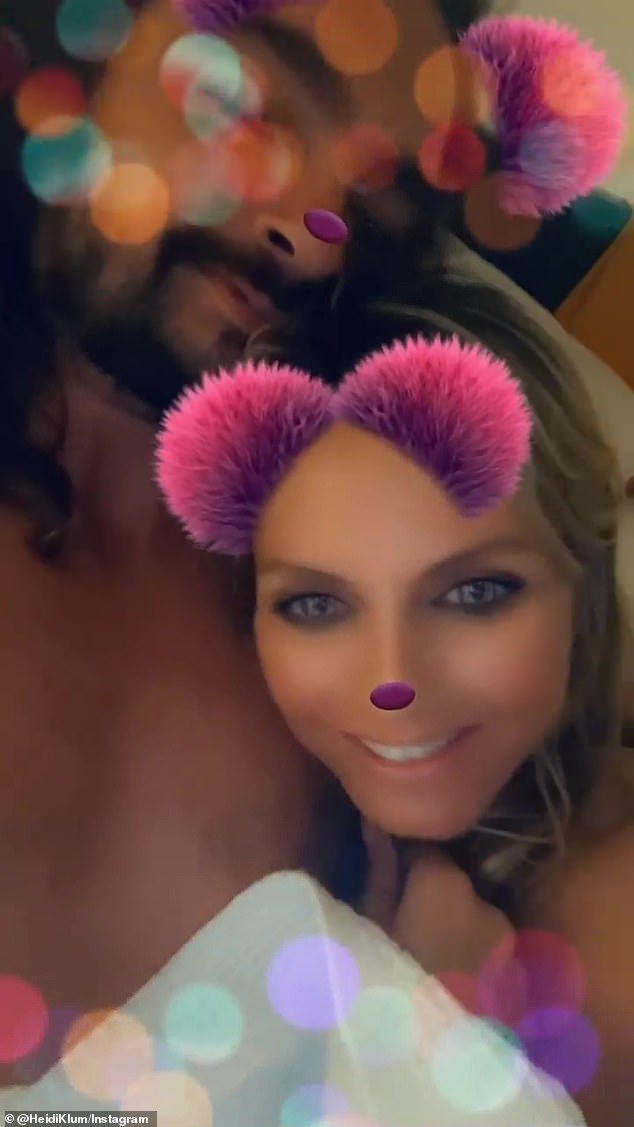 Fun with filters:  The America’s Got Talent judge employed some fun animal face filters as she and her hubby canoodled for the camera 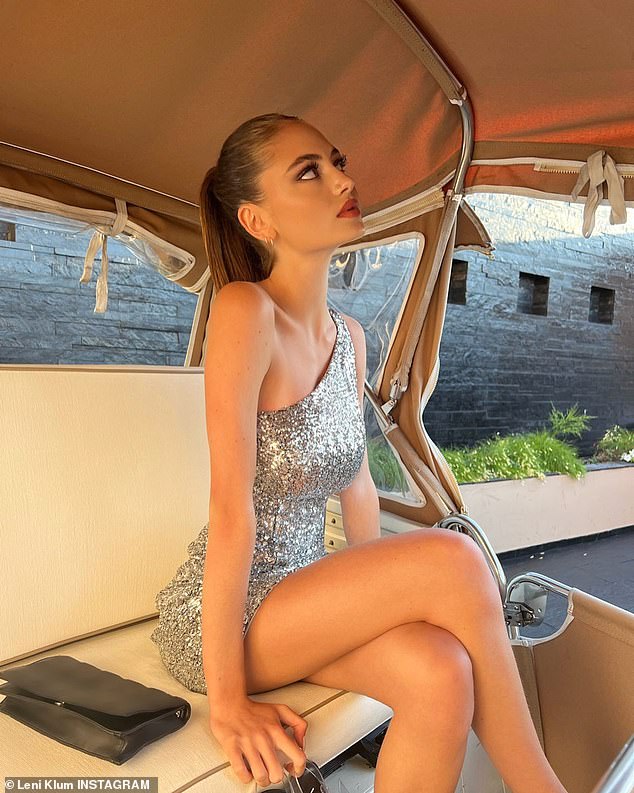 Strike a pose: Meanwhile, Heidi’s daughter posted this snap of her in a glittering silver mini dress