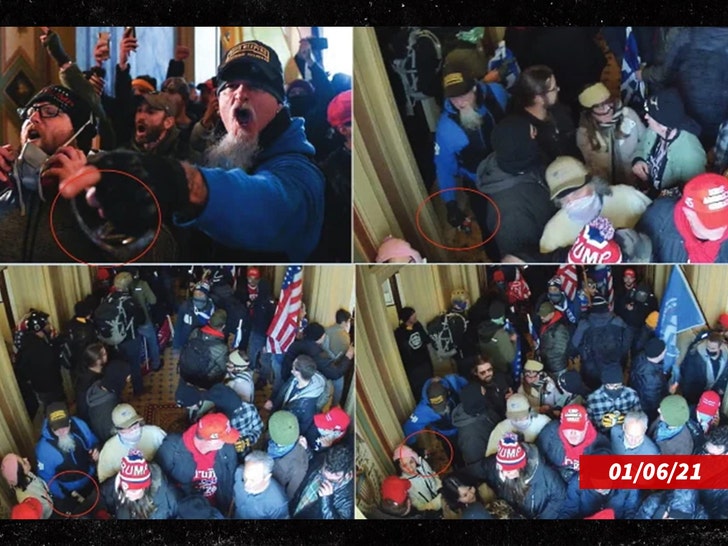 7:14 AM PT — 1/18 — So, here’s the smoking gun in Jon Schaffer’s case … or smoking can, we should say — according to federal prosecutors anyway. The DOJ has released photos that it says shows Jon holding a can of bear spray, and they’ve circled where they see it.

Hard to make out at first glance, but apparently … this is what was allegedly used on Capitol Police by the rocker.

Jon Schaffer — the founder of heavy metal group Iced Earth — is now in federal custody, and as it turns out, he was one of the more hardcore rioters who raided the Capitol … according to the FBI, anyway.

The feds say Schaffer turned himself in Sunday in Indiana, where he faces six charges in connection to the Capitol insurrection … including engaging in an act of physical violence in a Capitol building, violent entry and disorderly conduct in a capitol building, among others. 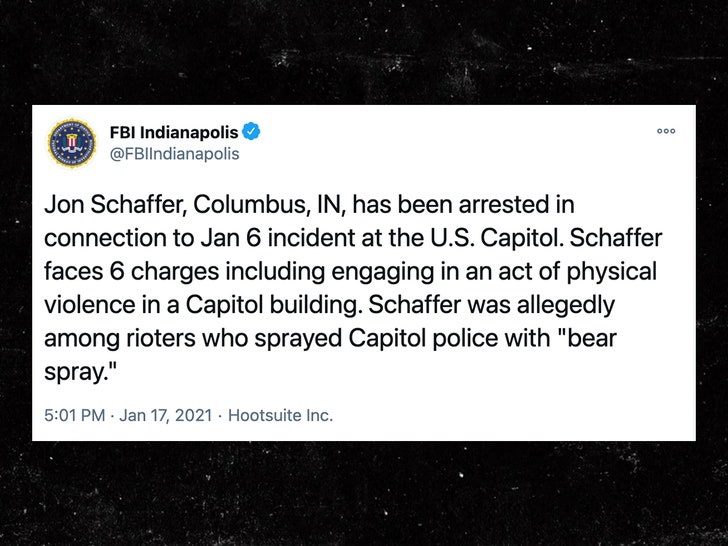 There’s also this … the FBI say, “Schaffer was allegedly among rioters who sprayed Capitol police with ‘bear spray.'” You might’ve seen some of that going on Jan. 6 — members of the Trump crowd were getting hosed with pepper spray, but were dishing it right back.

One such individual who was caught on camera unloading his bear spray nozzle has been dubbed #BearSprayMan, but it doesn’t appear to be Schaffer in the video. In any case, law enforcement believes he used some on the Capitol police at some point.

As we reported … Schaffer was named as one of the rioters shortly after the chaos in D.C., and he was one of the many wanted individuals on the FBI’s list. The guy didn’t exactly try hiding his presence either … even leading up to the Jan. 6 storming, he’d been in and around different protests, voicing his support for Trump as part of the #StopTheSteal crowd.

And, on the day itself, he was photographed all over the place too … with his face fully revealed. 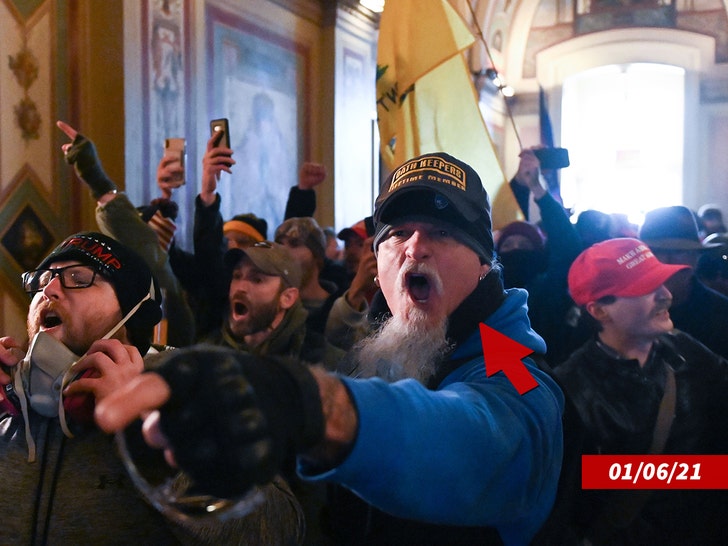 As for Iced Earth, they put out a statement a couple weeks ago … but didn’t mention Jon by name. What they did say … “We absolutely DO NOT condone nor do we support riots or the acts of violence that the rioters were involved in on January 6th at the US Capitol building. We hope that all those involved that day are brought to justice to be investigated and answer for their actions.”

Interestingly enough, they didn’t include a photo of Jon in their collage art for that IG post.