I’m A Celebrity 2022: ‘If I don’t want to do something, I won’t do it!’ Boy George declares Matt Hancock won’t have ‘any power’ over him as MP is made camp leader

Boy George declared Matt Hancock won’t have ‘any power’ over him as the MP was crowned camp leader during Sunday’s I’m A Celebrity… Get Me Out Of Here!

Before he was given the prestigious title, the former health secretary went head-to-head with Mike Tindall, 44, for the top job in a leadership contest.

But singer George, 61, declared: ‘Ultimately, neither of them will have any power over me. If I don’t want to do something, I won’t do it.’

Matt faced Mike in the leadership struggle, who moaned that he would be ‘in so much s**t’ for losing to the MP. 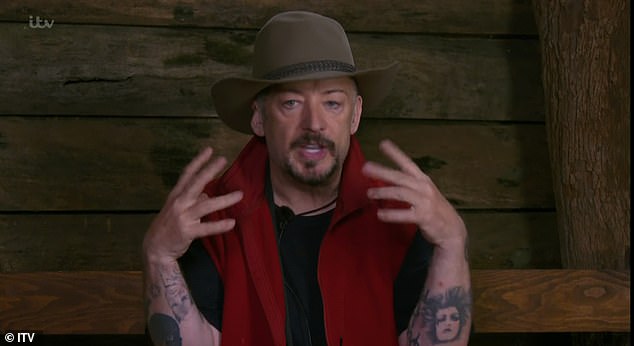 Not happy: Boy George declared Matt Hancock won’t have ‘any power’ over him as the MP was crowned camp leader during Sunday’s I’m A Celebrity… Get Me Out Of Here!

And Mike will be facing jibes once he arrives home, as Matt and his deputy Charlene White managed to bag the win despite Matt’s claims they were the ‘underdogs’.

The two contestants went head to head in the challenge area, Matt and Charlene and Mike and his deputy Sue arrived to find a wall of lights.

The instructions read: ‘In front of each team is a wall of lights. You will only see which lights are switched on when you press the red button. The first team to turn on all their lights will become the leader and deputy of camp. 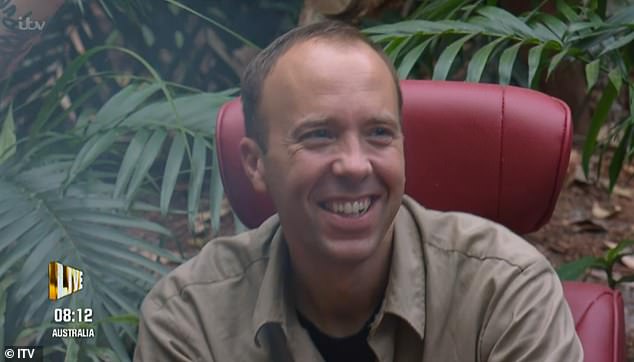 Triumoh: Before he was given the prestigious title, the former health secretary went head-to-head with Mike Tindall, 44, for the top job in a leadership contest

‘Mike and Matt, you will be responsible for turning the lights on. However, you will be blindfolded and will have to rely on your chosen deputy to give you instructions from the deputies’ chairs.’

Matt told Charlene: ‘We are definitely the underdogs.’

Charlene said: ‘No, no, no you do not come into this challenge with that attitude young man!’

Charlene laughed: ‘Well then that’s why you lost.’ 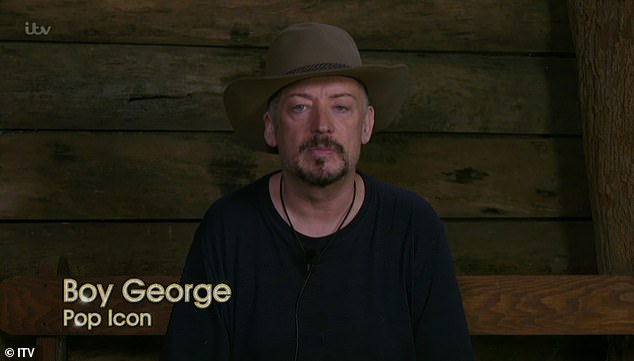 Speaking out: ‘Ultimately, neither of them will have any power over me. If I don’t want to do something, I won’t do it,’ George declared

As they took on the challenge, Charlene inadvertently misunderstood and was directing Matt to turn the lights off. She then got her left and right muddled up sending him into the bushes.

Charlene admitted: ‘I got in a muddle between my left and my right!’

Matt laughed: ‘She kept sending him into the bushes!’

But he added: ‘My speed felt like it got quicker, because I trusted you.’

Sue and Mike raced to beat Matt and Charlene, but ultimately he won. 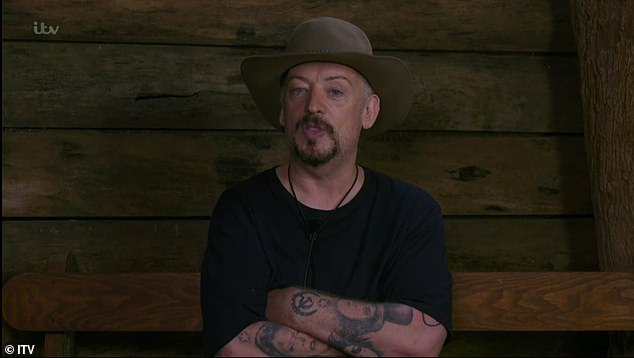 Voicing his opinion: George has been one of Matt’s biggest detractors since he arrived in the jungle

Matt said: ‘Obviously, it’s a great honour and privilege to be camp leader. I want to thank everybody who voted for me.’

Charlene said: ‘Does this win feel sweet, especially after you lost to Boris? Do you feel like you have been vindicated?’

Matt replied: ‘This more than makes up for it.’

Sue said: ‘We now have a dictatorship.’