I’m A Celebrity star Mike Tindall showed off his jaw-dropping muscles as he posed during a photoshoot in 2012.

The former rugby player, 44, recently left little to the imagination after he squeezed into the bright tropical swimwear for a dip in the camp creek.

Mike, who’s married to King Charles’ niece Zara Phillips, was photographed in just a pair of white boxers as he became Mr June in the Rugby for Heroes calendar. 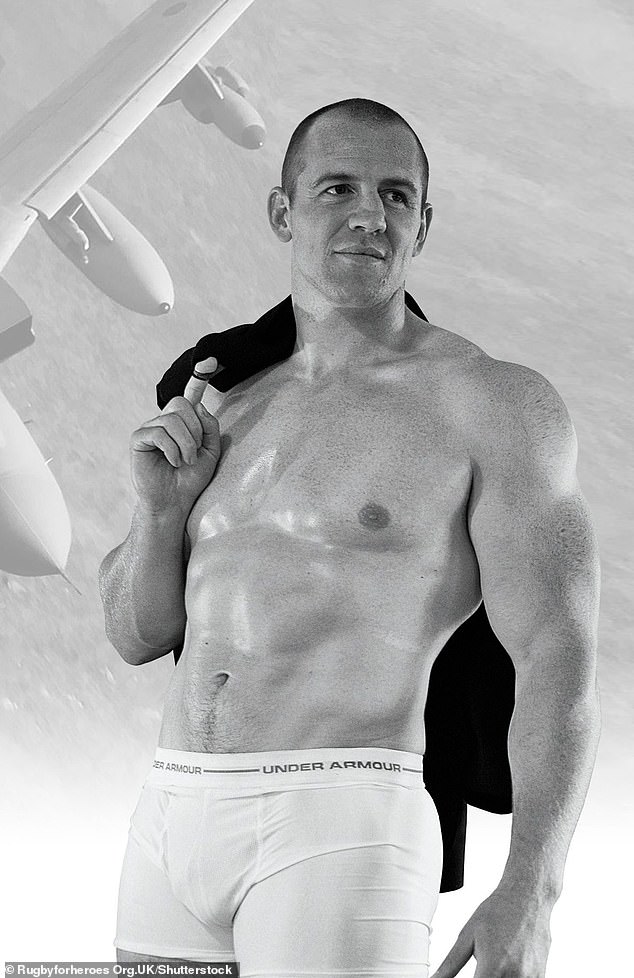 Looking good: I’m A Celebrity star Mike Tindall showed off his jaw-dropping muscles in a pair of white boxers as he posed during a photoshoot in 2012

Mike, who at the time played outside centre for Gloucester, was described in the calendar as: ‘A calming influence, inspiring and composed.’

The description added that he ‘breaks up the attack’ and ‘leaves opponents exposed’. 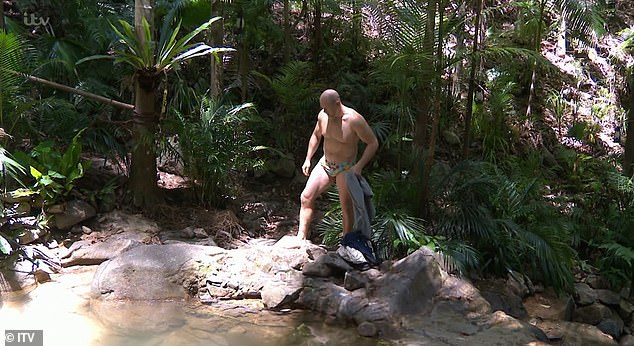 Revealing: The former rugby player, 44, recently left little to the imagination after he squeezed into the bright tropical swimwear for a dip in the camp creek 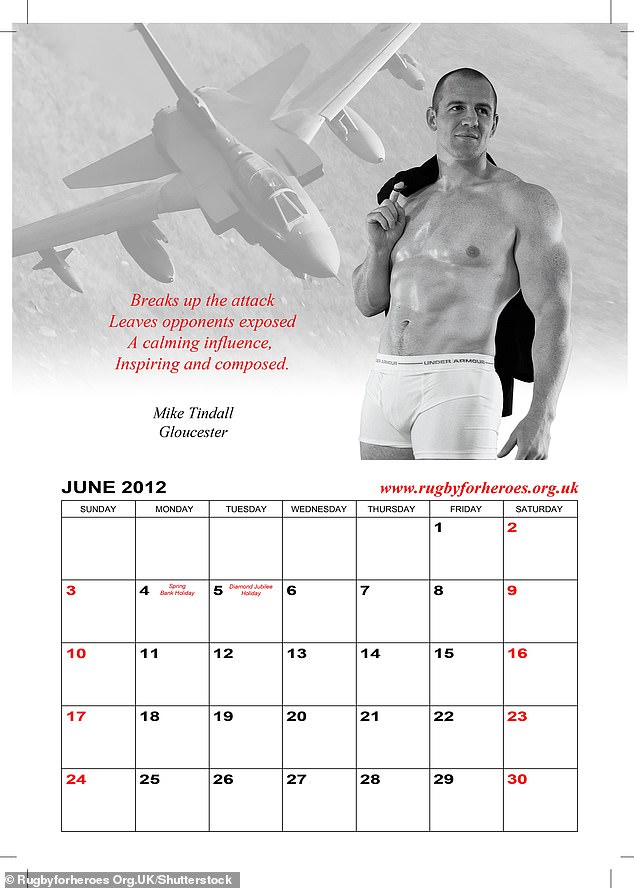 Muscles: Mike, who’s married to King Charles’ niece Zara Phillips, was photographed in just a pair of white boxers as he became Mr June in the Rugby for Heroes calendar

On a recent episode, Mike was accused of wearing his wife Zara’s bikini bottoms by cheeky hosts Ant & Dec.

After the Rugby star again took a dip in the creek, the camera cut to the co-hosts with Ant teasing: ‘I tell you what did come as a shock, what about that swimwear?

‘I want to know what Zara was thinking of that… “That’s where my bikini bottoms went!”.

Mike’s tiny trunks have been the talk of camp so far, but it comes after revealed he has had an awkward encounter with Princess Anne and a pair of boxers. 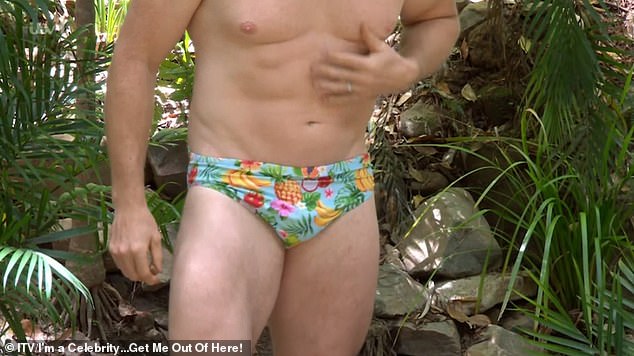 He told his camp mates how he once ripped his trousers and flashed his boxers which read ‘nibble my nuts’ to the Princess Royal.

Speaking during Monday’s episode, Mike made the hilarious confession.

He admitted he had a problem with ‘exaggerated dancing’ at special occasions, saying he often ‘slut drops’ and tears his clothing.

Discussing smart attire in camp, he explained: ‘I love a suit. My problem with suits is I over exaggerate dancing at weddings… I rip a lot of suits, trousers and stuff.’

Mike continued: ‘The old sl*t drop gets me every time. I went to a wedding, ripped a suit, they were like, “Oh my God, what are you going to do?” I was like, “Don’t worry I’ve got a spare.” 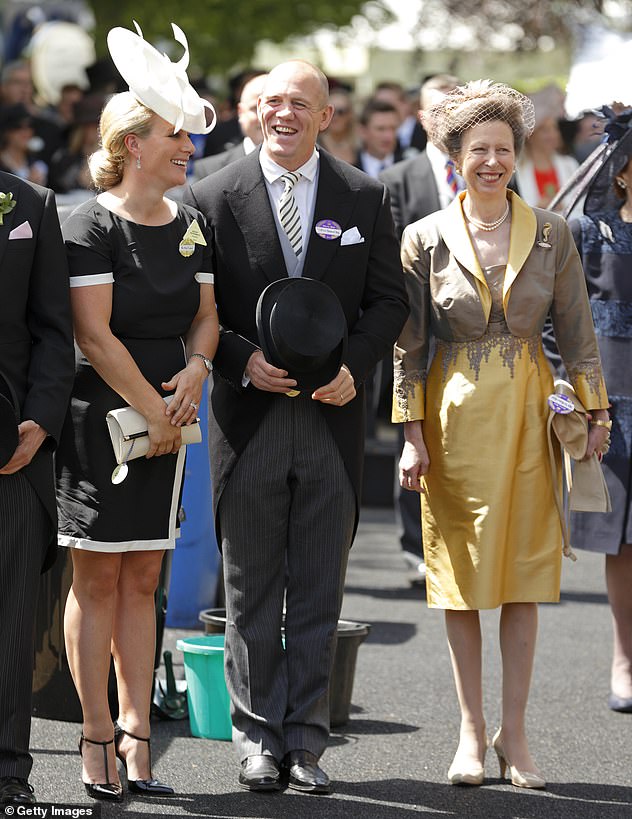 Terrific trio: Zara, Mike and Princess Anne are pictured at Royal Ascot in 2014

In the Bush Telegraph, Seann said: ‘Mike sl*t dropped in front of Princess Anne and that is not the end of the story… that’s already, what are you thinking?

Mike, who shares children Mia, eight, Lena, four, and Lucas, one, with Zara, continued: ‘Ripped my trousers, straight in front of her. It happened to be that my boxers that I had on at that time said “nibble my nuts”.’

The amusing tale prompted Seann and fellow comedian Babatúndé Aléshé to applaud him.

I’m A Celebrity… Get Me Out of Here! continues on Saturday at 9.10pm on ITV1 and ITVX.