‘No jab, no jive’ storm rocks Strictly: Two dancers shun vaccine, another has had positive test – and experts warn whole series could now be at risk, writes CHRIS HASTINGS

Strictly Come Dancing was plunged into a ‘no jab, no jive’ row last night over the refusal of two of its dancers to be vaccinated.

Leading figures from the worlds of medicine and entertainment urged the professionals to ‘reconsider their positions’ as the row threatened to overshadow last night’s opening show of the new series.

One unnamed professional dancer is already isolating after a positive Covid-19 test, with reports that their celebrity partner might be paired with another dancer.

And there are fears an outbreak could jeopardise the BBC’s flagship show, which is set to welcome back hundreds of people into its studio audience.

A source said: ‘The dancers who won’t get vaccinated have been a topic of conversation with cast and crew for weeks – even before the positive test.’ 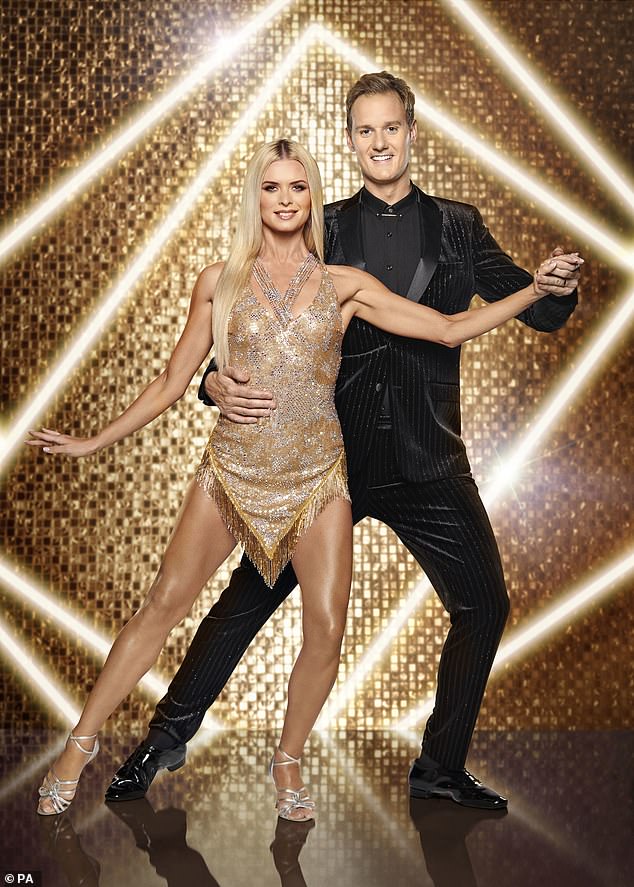 GOING FOR GOLD: Strictly Come Dancing was plunged into a ‘no jab, no jive’ row last night over the refusal of two of its dancers to be vaccinated. Pictured: Nadiya Bychkova tears up the dancefloor with Dan Walker

Fifteen celebrities have been paired with professionals, with the line-up featuring the first all-male pairing and first deaf contestant. Eighteen professional dancers have been chosen for the latest series, and it is unclear if the two unnamed and unvaccinated individuals are among those vying for the glitterball.

Dr Ranj Singh, an NHS medic and former Strictly contestant, said: ‘Vaccination is not mandatory; it’s an offer. We should all be doing whatever we can to try and keep everybody safe. Not just ourselves, but those around us. There may be legitimate reasons for those people to not be able to have the jab, and we’ve got to understand that, but we’ve all got a part to play to be as safe as possible.’

As well as the dancing pairs, four judges and hosts Claudia Winkleman and Tess Daly, the Strictly juggernaut employs a large production team behind the scenes.

A BBC source insisted there is currently no risk to the show or the 15 pairings, stressing that anyone who signs up knows that vaccination is not a legal requirement for the workplace. They added that all participants regularly take Covid tests. 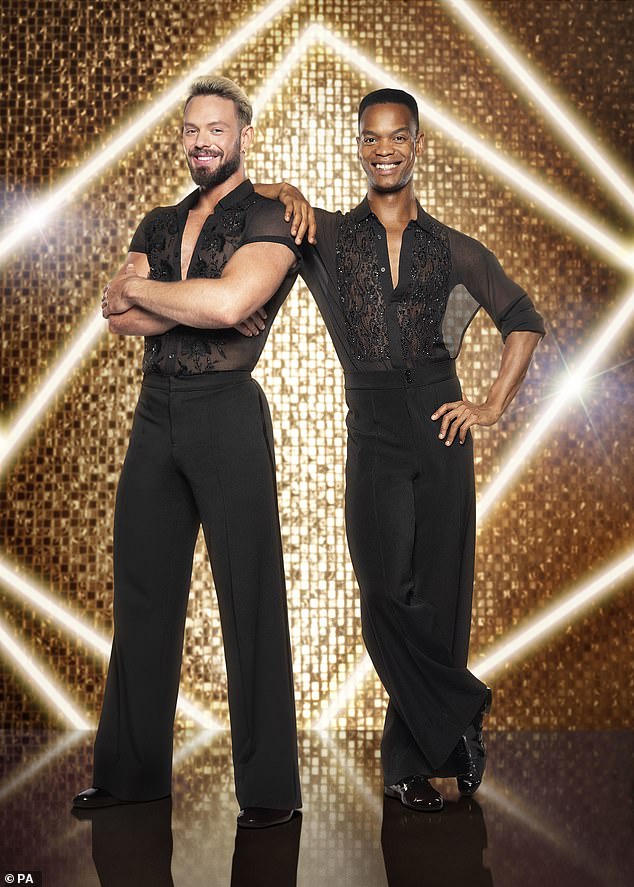 NEW ERA: Millions were last night expected to tune into the start of the 19th series of the show, which saw the first all-male couple John Whaite (left) and Johannes Radebe

But the risk of catching Covid is higher among those not vaccinated, prompting former contestant Dame Esther Rantzen to say those refusing the jab should stand down. ‘They have chosen not to be vaccinated, but I believe they should have also chosen not to take part in the show,’ she said.

‘I think the BBC has a responsibility to point that out to them. It is not just unfair to their dancers’ partners – television is a complex team industry.’

Professor Peter Openshaw, a member of the New and Emerging Respiratory Virus Threats Advisory Group (Nervtag) which advises the Government, said he believed vaccination should not be compulsory. ‘I believe there are circumstances in which people can quite reasonably decide that they won’t have a vaccine.’

But he added: ‘It may be that they can’t undertake certain types of activity because of that. That is a consequence of not being vaccinated, which they would have to accept. And not being on Strictly might be one of them.’

Asked if someone should be asked to leave the show if they still remained unvaccinated after receiving accurate information, he said: ‘That is what I would reluctantly agree with.’

His views were echoed by Professor Jonathan Shalit, chair of InterTalent and one of the UK’s leading showbiz agents, who said: ‘I think for the greater safety of the majority of contestants, we are in the unfortunate position whereby the BBC will have to say: ‘No jabs, no jives.’ I don’t envy them being in that position. It’s wonderful to say that people have the right to refuse vaccinations, but it’s important that other people aren’t endangered at the same time.’

Millions were last night expected to tune into the start of the 19th series of the show, where Oti Mabuse will be aiming to make it a hat trick of Strictly wins with her partner, sports pundit and former rugby union player Ugo Monye.

Bake Off star John Whaite said it was ‘a massive honour’ to be partnered with audience favourite Johannes Radebe, with Strictly’s head choreographer Jason Gilkison saying the timing was ‘right’ for the first all-male pairing. 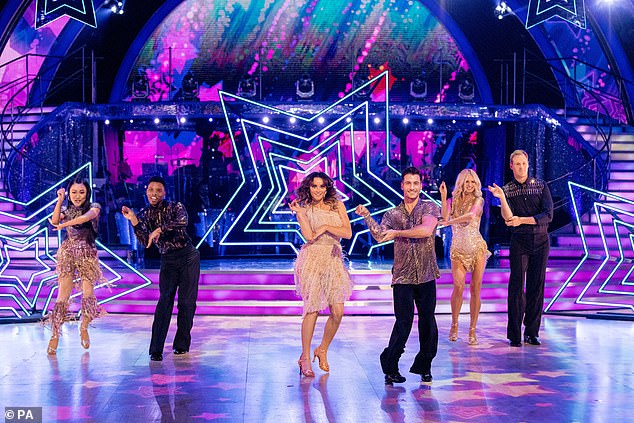 As two dancers shun vaccine and another has had a positive test – experts warn whole series could now be at risk. (Pictured L-R: Nancy Xu, Rhys Stephenson, Katie McGlynn, Gorka Marquez, Nadiya Bychkova and Dan Walker during the launch show)

‘We have always had two men dancing together in group numbers,’ he said. ‘I think we have found John’s perfect partner. They are matched in size and strengths, and there will be lifts in the routines.

‘I am sure John and Johannes feel there is a lot resting on their shoulders, but we are treating that partnership like any other on the floor. We just want them to be the most honest version of themselves when dancing with their partner.’

The move follows last year’s first same-sex couple in Katya Jones and boxer Nicola Adams, who were forced to withdraw after Ms Jones tested positive for Covid. This year she has been teamed up with another gold-medal Olympian, swimmer Adam Peaty.

Following Anton Du Beke’s move to the judging panel, Karen Hauer is the longest-serving professional, and this series marks her tenth year. She is paired with actor Greg Wise.

Giovanni Pernice is the show’s most successful male dancer, with 68 perfect ten scores under his belt. He is dancing with EastEnders star Rose Ayling-Ellis, who will be the show’s first deaf contestant.

Asked about the Covid vaccine controversy, a Strictly spokesperson said: ‘We do not comment on speculation of somebody’s vaccination status. Our production has and will continue to follow strict Government guidelines to ensure the safety of all on the show.’