Jeremy Meeks cut a sharp figure when he stepped out to celebrate his upcoming film Secret Society at Atlanta’s The West Venue on Thursday.

Attending a promotional pyjama party with his co-stars, the model, 37, seamlessly blended red carpet and bedtime dressing, teaming a crisp white button down shirt and matching trousers with white boots and a wide-brimmed hat.

The former felon made sure to showcase his ripped physique and impressive tattoo collection for photographers, unbuttoning his shirt as he mingled with pyjama-clad attendees. 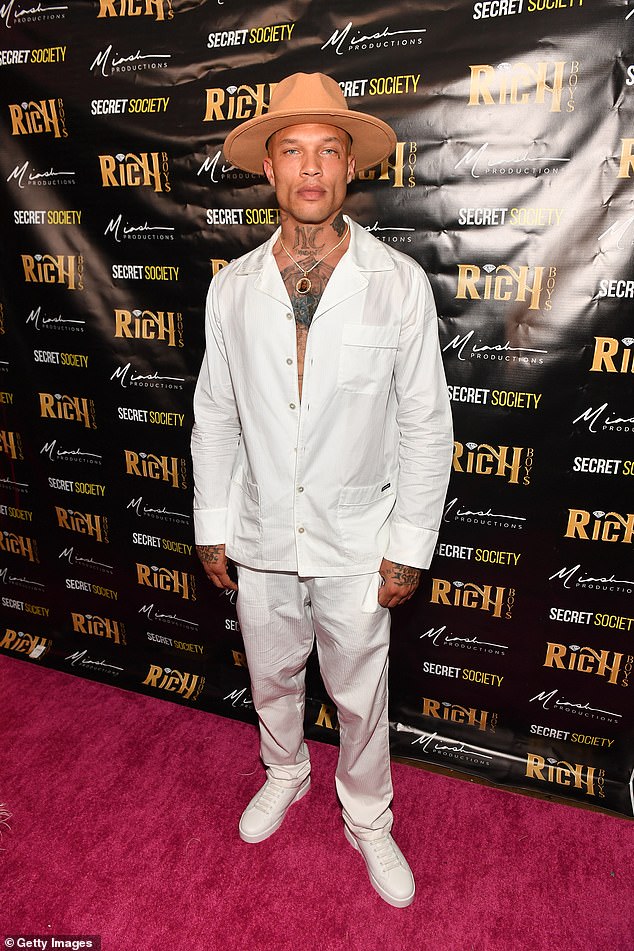 Looking sharp: Jeremy Meeks cut a sharp figure when he stepped out to celebrate his upcoming film Secret Society at Atlanta’s The West Venue on Thursday

Jeremy’s new flick is based on author Miasha Coleman’s book of the same name, and the plot follows teenagers Celess and Tina whose glamorous party lifestyle is buoyed by their good looks.

Set in 2002, the 19-year-olds attract attention from men wherever they go – and are showered with luxury cars and designer clothes. But their life is thrown into turmoil when a secret they’ve been harbouring comes to light.

A synopsis for the novel explains: ‘At nineteen years old, Celess and Tina are at the top of their game. They’ve got the looks and the bodies to attract attention from men wherever they go – and they work it.

‘From New York to Philly to Vegas, they hit all the clubs and every big party dressed to kill. And they don’t pay for a thing – not with men like O, Tariq, and James lining up to buy them designer clothes, the hottest jewelry, and luxury cars. 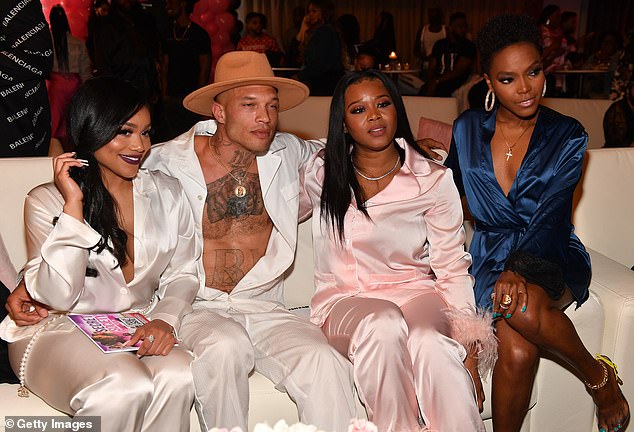 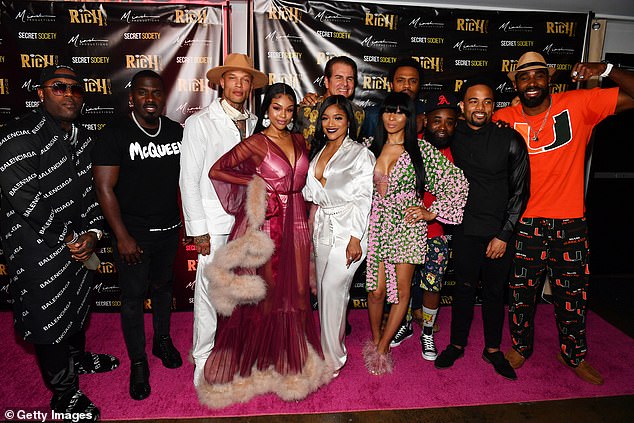 ‘But their fast, packed lives are about to catch up with them. The two share a devastating secret, and when it’s revealed, Celess will need every ounce of her street smarts to survive.’

The film will also star Reyna Love, Erica Pinkett and Vivica A. Fox among others.

Jeremy himself has been enjoying the Atlanta party circuit in recent weeks, and turned heads while attending the premiere for another of his forthcoming films, Dutch, earlier this month.

In his personal life, Jeremy has recently been romancing fashion designer Jessica Rich.

Jessica, who rose to fame on VH1’s Real Chance of Love in 2008, owns her own eponymous shoe brand and is the great-niece of legendary singer Patti LaBelle.

After her split from hot felon Jeremy, Chloe briefly dated Italian polo captain Rommy Gianni, who she was spotted kissing on board her dad’s super yacht.

Chloe has since confirmed her new romance with yacht broker Manuele Thiella, who she was also seen kissing on her father Phillip Green’s £118 million vessel in the South of France. 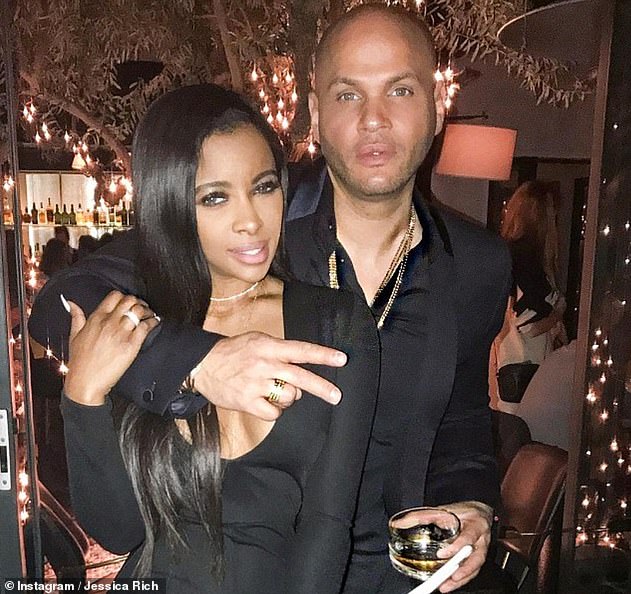