She shocked fans when she announced her departure from Little Mix in December.

And Jesy Nelson impressed her devoted fans with her stylish outfit on Saturday at her Essex home after reportedly reigniting her romance with ex-boyfriend Sean Sagar.

The singer, 29, wowed in a khaki jacket decorated with badges and satin joggers as she sat down outside her front door for an Instagram snap. 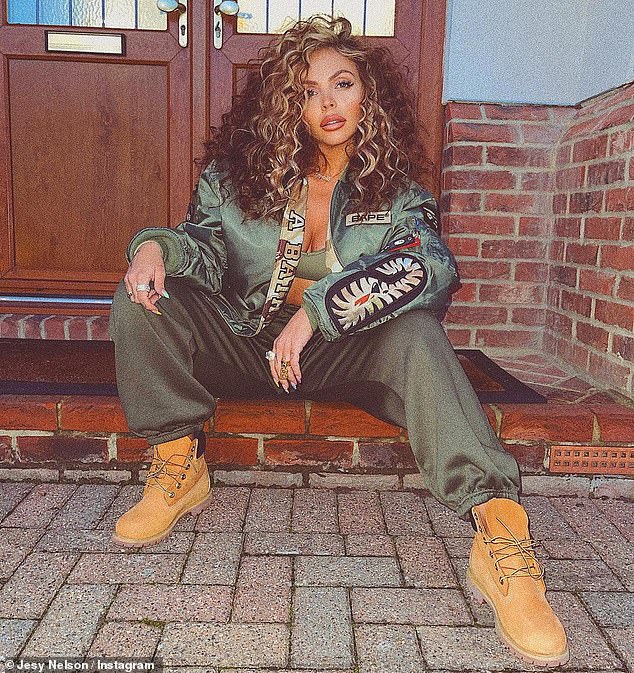 Stunning: Jesy Nelson looked effortlessly stylish in a khaki jacket and satin joggers on Saturday at her Essex home after reportedly reigniting her romance with ex Sean Sagar

Jesy completed the look with Timberland boots and she decorated her fingers with eclectic rings.

Her caramel tresses were parted to the side in voluminous curls and she sported full coverage make-up.

Jesy’s post comes after her on-off boyfriend Sean, 30, denied he’s on Tinder after spotting his photo being used on the dating app.

It comes amid reports that the on-off couple have rekindled their romance and Sean has moved into the singer’s home so they can spend lockdown together. 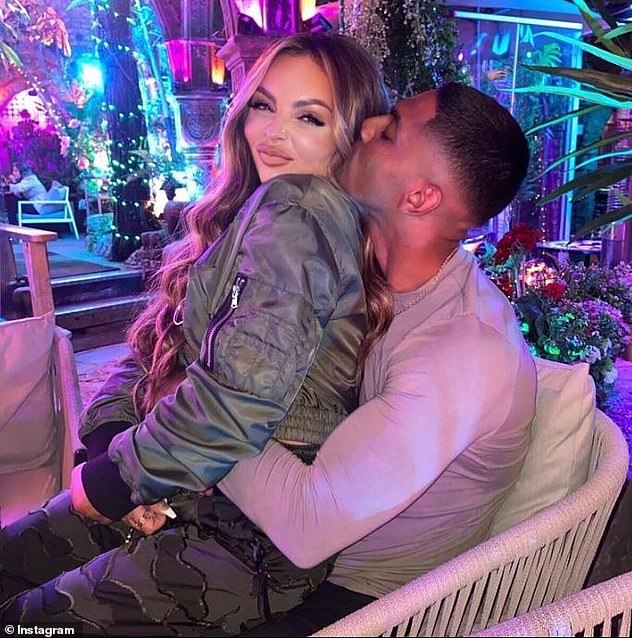 Rekindled romance: The former Little Mix singer, 29, and the Our Girl actor, 30 have reportedly moved in together at the singer’s home so they can spend lockdown together

The Our Girl actor, 30. shared a screenshot of the fake Tinder profile to his Instagram Story, revealing an image of him with the name Harry and age 30 being used.

Clearly amused by the situation as he shared several laughing face emojis, Sean penned: ‘Man like Harry… For the record this isn’t me!’

The actor’s denial comes shortly after it was reported he and former Little Mix star Jesy are giving their relationship another go.

The couple had split following eight months of dating.

A source told The Sun: ‘It was all a bit silly really. They had a lovers’ tiff but they’re back together now.

‘Sean is being extra nice to her and comforting her because right now she needs a lot of support.

‘They thought it would be better that they could spend lockdown together so he is staying with her.’

MailOnline contacted representatives of Jesy and Sean for comment at the time. 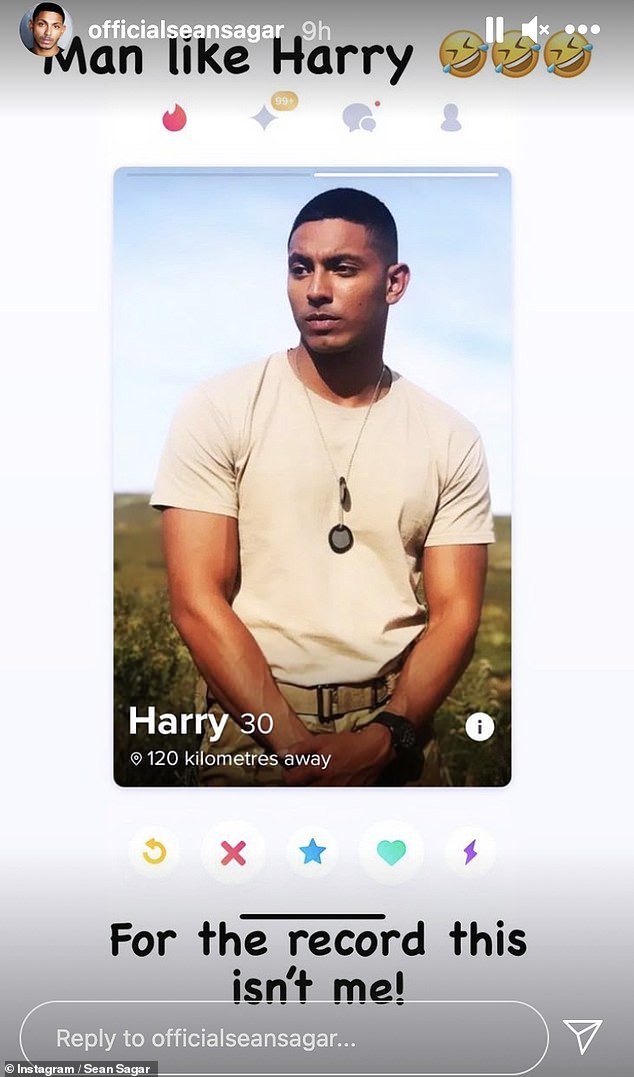 Not on the app: Sean took to Instagram on Tuesday to shut down any speculation that he’s made a profile on the dating app Tinder as he said: ‘For the record this isn’t me!’