‘Stinks of entitlement’: John Barrowman receives backlash from fans after boasting about cinema refund despite sitting through entire film as he shares online rant

John Barrowman faced backlash from his Twitter followers on Saturday after boasting about convincing cinema staff to give him a refund after watching M. Night Shyamalan’s newest film Old, despite having sat through the entire movie.

In a since-deleted tweet seen by The Sun, the actor, 54, shared expletive-laden footage of himself sitting at home with his husband Scott Gill in which he branded the film ‘utter s***e’ and event went as far as to tag Shyamalan in the post.

Social media users were quick to criticize Barrowman, with one labelling him ‘disgraceful’ and another telling the star that his behaviour ‘stinks of entitlement’. 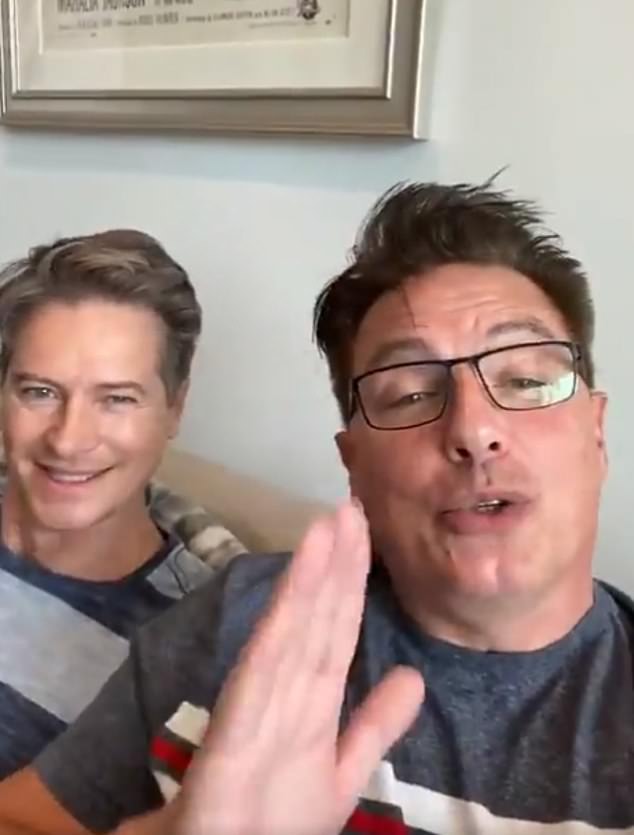 Backlash: John Barrowman, 54, faced backlash on Saturday after boasting about convincing cinema staff to give him a refund despite having sat through an entire movie (pictured with his husband in a follow-up video)

In the short clip, Barrowman told his followers: ‘We just came back from the movies, we saw Old, and it was utter s***e, utter s***e.

‘So bad I got up and asked for our money back, and what did I get? I got the money back.’

He went on: ‘They said ”Usually within the first 30 minutes we give the money back”. The movie didn’t do anything for two frickin’ hours, it was s***e!’

Barrowman then turned to his husband and asked him: ‘What was it, Scott?’ to which he replied: ‘It was a bit of an endurance really.’ 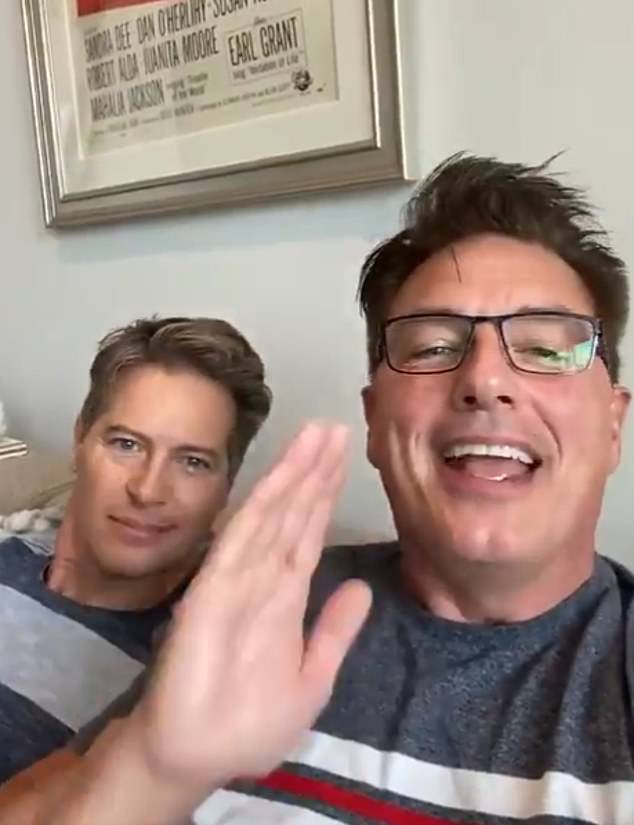 Giving his verdict: Barrowman and his husband had been to the cinema earlier in the day to watch M. Night Shyamalan’s newest film Old

Barrowman continued: ‘An endurance we will never get back, two hours of our life. It was s***e – don’t bother going to see it.’

Alongside the clip, Barrowman wrote: ‘@MNightShyamalan #Old @UniversalPics what a waste of money and an utter s***e movie.

‘We get the metaphors but we still got a refund! We were so disappointed. Don’t waste your time or money going to see it.’

Twitter users were quick to call Barrowman out, with one responding to his post: ‘What a cringeworthy thing to do. Stinks of entitlement. Grow up.’ 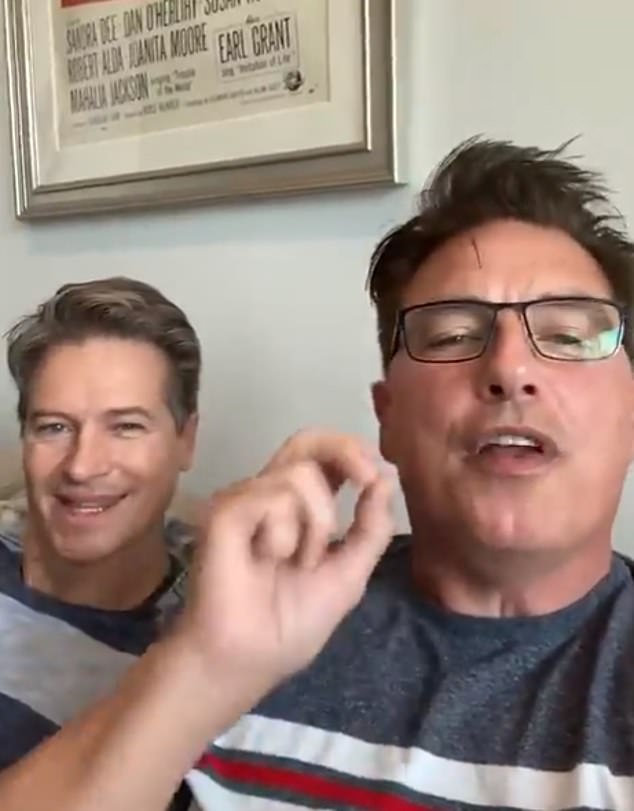 Negative review: In the short clip, Barrowman told his followers: ‘We just came back from the movies, we saw Old, and it was utter s***e, utter s***e’

Another added: ‘You’re so wrong for tagging him in this, if you didn’t enjoy it just move on.’

A third tweeted: ‘You owe the cinema their money back. Their job was to provide a seat, projection, service, and they clearly delivered that as you sat for the entire film.

‘It’s wrong to ask for a refund because you picked a film that didn’t meet your expectations. Disgraceful.’

Poking fun at the backlash, Barrowman and his husband later shared another video in which they gushed about the movie Trolls.

The actor captioned his post: ‘TROLLS! We just Love #Trolls !! Hours of Entertainment and highly recommended. (No Big Chain Cinemas were harmed in the making of this review).’

MailOnline has reached out to Barrowman’s representatives for comment.

Criticism: Social media users were quick to criticize Barrowman, with one labelling him ‘disgraceful’ and another telling the star that his behaviour ‘stinks of entitlement’ 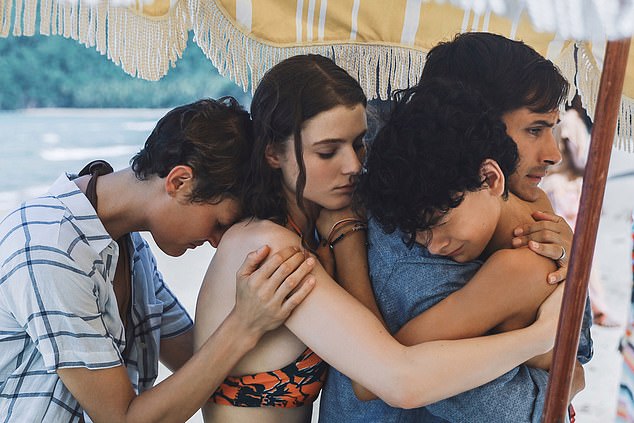 Plot: Old follows a family vacationing at a tropical beach, where they age incredibly rapidly and reduce their lives to a single day

The film, which was shot within a COVID-19 ‘bubble’ in the Dominican Republic, follows a family vacationing at a tropical beach, where they age incredibly rapidly and reduce their lives to a single day.

It follows news that Barrowman is poised for an ITV comeback as the host of All Star Musicals with bosses opting to give him another chance after he admitted to exposing himself on the Doctor Who and Torchwood sets.

According to The Mirror, the actor has been lined up for two more series of All Star Musicals following his apology.

Barrowman has not yet signed a contract but the shows are already in pre-production for Christmas and Easter and insiders are said to be confident he will be taking part.

A source said: ‘Talks with John are going well. He’s the best man for the job and it’s been accepted that his behaviour was foolish rather than predatory.

‘He knows it was a really daft thing to do but it was all a long time ago and there’s no chance of it happening again. We’re drawing a line and moving on.’ 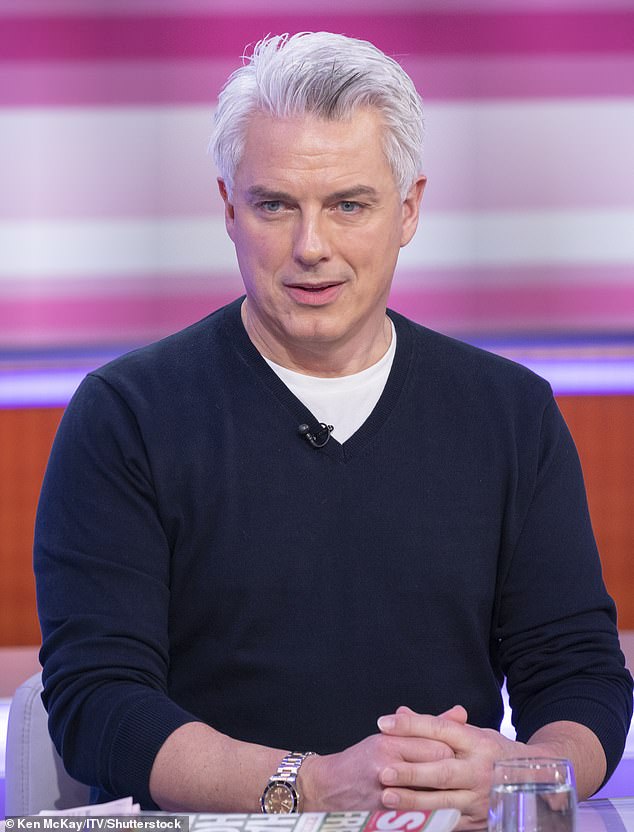 Career: It follows news that Barrowman is reportedly poised for an ITV comeback as the host of All Star Musicals (pictured in 2020)

The All Star Musicals gig would also be good news for Barrowman’s chances to return to the Dancing On Ice judging panel in January.

No charges were brought against the media personality after allegations about him exposing himself were revealed following more serious allegations of sexual harassment against his Doctor Who co-star Noel Clarke.

In an interview with Weekend magazine, Barrowman said his behaviour on set was to ‘defuse awkwardness’ whenever he was filming a sex scene in Torchwood.

He said: ‘As Captain Jack Harkness I was the star of Torchwood, so I felt it was down to me to lead the company and keep them entertained. When I was doing a nude scene or a love scene it was clear in the script I’d be naked and everyone would have known about that at least 48 hours in advance. 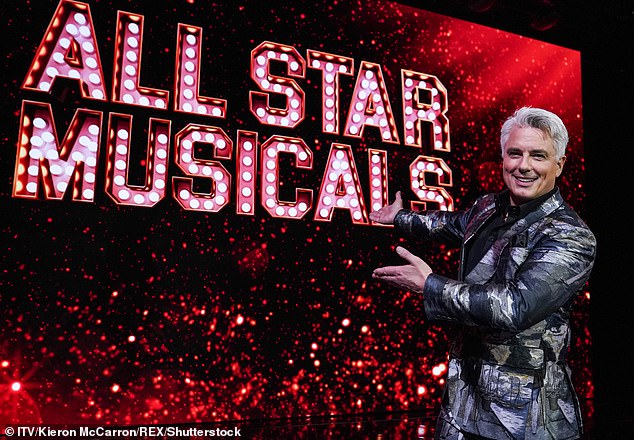 Show: According to The Mirror, the actor has been lined up for two more series of All Star Musicals following his apology (pictured in March 2021)

‘So I’d be waiting in my trailer wearing just a robe with a sock over my ”parts”. Then, if I were standing waiting to film a scene where I needed to be nude and someone came into view, I’d make a joke to put them and myself at ease. My actions were simply designed to defuse any potential awkwardness among the cast and crew.’

He added: ‘I’ve never been someone who’s embarrassed about his body so it didn’t bother me if anyone saw me naked. The motivation for what I’d call my ”tomfoolery” was to maintain a jokey atmosphere. There was absolutely nothing sexual about my actions and nor have I ever been accused of that.’

Barrowman revealed he was called for a meeting with Doctor Who and Torchwood executive producer Julie Gardner who told him to reign in his behaviour.

The actor added he can now see his behaviour was ‘juvenile’ and it would not be something he would do today.

It comes after he told The Guardian his ‘high-spirited behaviour’ was ‘only ever intended in good humour’ to entertain colleagues on set and backstage – and not sexual harassment.

‘With the benefit of hindsight, I understand that upset may have been caused by my exuberant behaviour and I have apologised for this previously,’ he said. ‘Since my apology in November 2008, my understanding and behaviour have also changed.’

Barrowman broke his silence in May, taking to Instagram to share a video with fans from the garden of his Palm Springs home.

He said: ‘Hi everybody, it’s John here and I just want to say thank you very much to all of my fan family and everybody who has reached out with the countless messages of support over the last few weeks.

‘It has meant such a great deal to me and has really touched me to know that people are supporting me and standing by me and sending their love and all their appreciation and kind words.’

He signed off his message by saying: ‘Hopefully we will all be back together soon and I look forward to it. Much love and thank you.’ 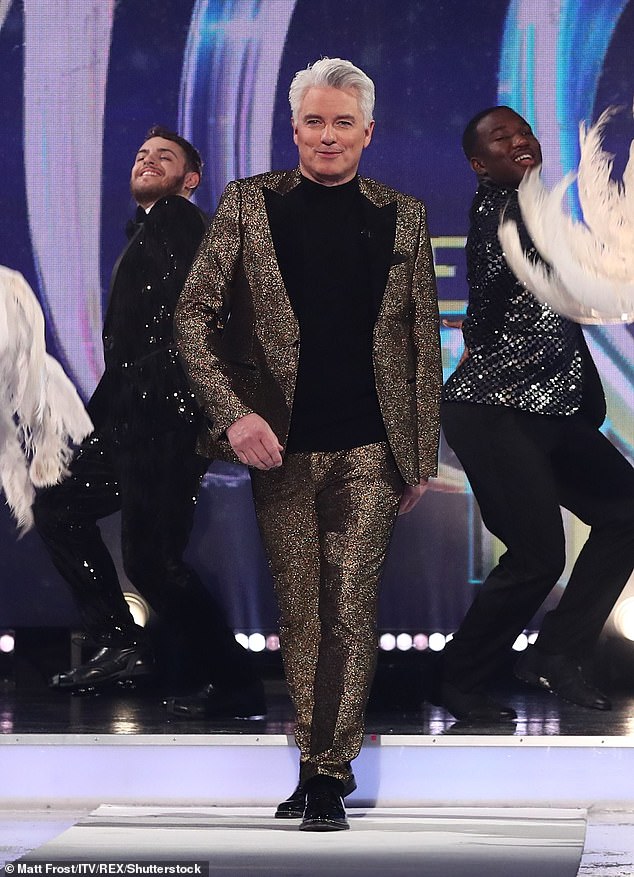 Return? The All Star Musicals gig would also be good news for Barrowman’s chances to return to the Dancing On Ice judging panel in January (pictured in March 2021)