Kanye West, 44, and model Vinetria, 22, split following months-long relationship… after he begged ex Kim Kardashian to ‘run back to me’

Kanye West and the model Venetria have ended their short-lived relationship.

The 44-year-old rapper and the 22-year-old model went their separate ways after only dating for a few months, Page Six reported on Tuesday.

The split follows Kanye’s ad-libbed plea for his estranged wife Kim Kardashian to ‘run back’ to him at his Larry Hoover benefit concert with Drake, despite the 41-year-old reality star showing no signs of slowing down their divorce proceedings.

It’s over: Kanye West, 44, and the model Vinetria, 22, have split after their relationship was first reported in November, according to Page Six. They had been ‘hooking up for a while’ by then

The Runaway rapper’s relationship with Vinetria was first reported in November, and a source told Page Six at the time that they had been ‘hooking up for a while’ by then.

The couple were spotted together in Minneapolis at the debut basketball game from his new Donda Academy prep school team around when their relationship went public.

Kanye — who has legally changed his name to Ye — no longer follows Vinetria on Instagram, though she still follows him.

Prior to their low-key romance, he was linked to another model, Irina Shayk, though that relationship also fizzled out after a short time.

The model doesn’t appear to have referenced the hitmaker on Instagram, where she boasts 451K followers, though she did congratulate his former sister-in-law Kourtney Kardashian on her engagement to Travis Barker in October. 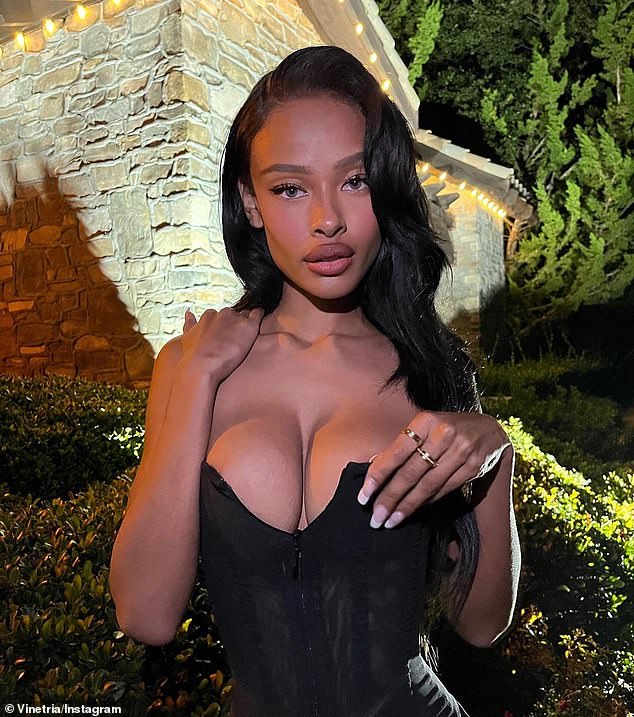 Public outing: The couple were spotted together in Minneapolis at the debut basketball game from his new Donda Academy prep school team in November, but he no longer follows Vinetria on Instagram

On November 3, days before her relationship to Kanye was revealed, Vinetria tweeted out: ‘ily. i love you. i LUH-OOVE uu,’ though she didn’t single out the target of her affections.

She previously wrote on October 19: ‘i love. you. more. Than Anything.’

But even as her relationship with the Monster rapper appears to have developed, he was still publicly pining for a reconciliation with Kim.

On his wide-ranging interview from November 4 for Drink Champs, Kanye referred to Kim as his ‘wife’ in the present tense and claimed that he wasn’t yet divorced from her while criticizing her Saturday Night Live monologue, which touched on their divorce proceedings.

‘SNL making my wife say, “I divorced him” on TV because they just wanted to get that bar off. And I ain’t never even seen the papers; we’re not even divorced,’ he said. ‘That ain’t no joke to me. 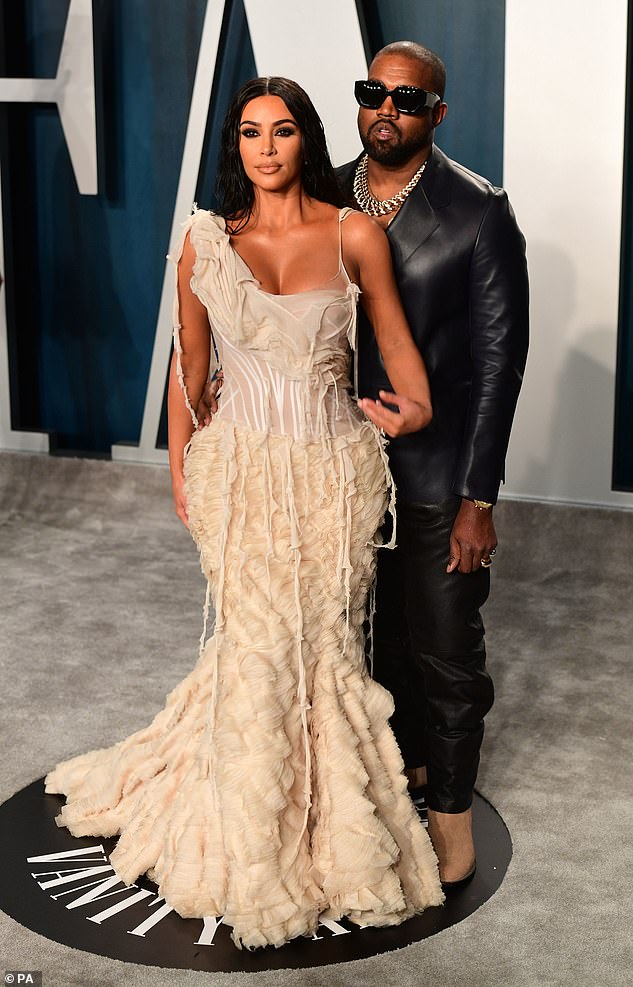 Begging: Kanye has been pleading for his estranged wife Kim Kardashian, 41, to get back together with him, including urging her to ‘run right back to’ him at his Larry Hoover benefit concert with Drake; seen together in February 2020

More recently, the producer improvised the line, ‘I need you to run right back to me, more specifically Kimberly,’ during a performance of Runaway at a benefit concert for Larry Hoover that he put on to end his long-simmering feud with Drake.

So far, the Keeping Up With The Kardashians star seems to be ignoring her ex’s public pleas, and she hasn’t let up on her burgeoning relationship with SNL star Pete Davidson.

On Saturday, the new couple were seen arriving at a movie theater on Staten Island around 6:00 p.m. to catch a screening of the Lady Gaga crime film House Of Gucci, after Pete rented out a theater just for them to view it, according to TMZ.

The theater is reportedly a regularly moviegoing spot for Pete, and the couple appeared to have entered via a side door to cut down on publicity. 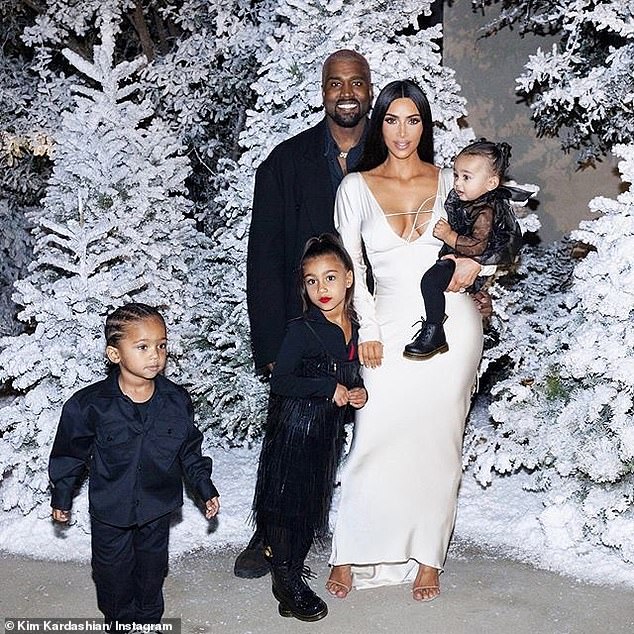 Moving on: Kim’s relationship with Pete Davidson has been heating up. They were seen catching a screening of House Of Gucci on Saturday after he rented out a theater in Staten Island; Kanye and Kim seen with (L–R) Saint, six, North, eight, and Chicago, three

Kim all but confirmed her romance with the comedian on Thursday with the release of an episode of former New York Times op-ed writer Bari Weiss’ podcast Honestly.

After the host asked the reality star who her favorite SNL cast member was, Kim replied that the question was a ‘setup’ before answering: ‘You know who it is.’

Kim’s family also seems to be warming up to Pete, and her mother Kris Jenner is ‘obsessed’ with him, according to E! News.

‘The whole family is a fan of Pete’s and would love to spend a holiday with him,’ a source said.