Keanu Reeves contrasted his recently shorn hair with his shaggy salt-and-pepper beard while picking up supplies in Beverly Hills on Friday.

The 56-year-old actor look rugged as he put on his helmet and drove away on his blue and black bike from Arch Motorcycles, a company he cofounded.

The Matrix star had just stopped off at Wally’s, a Beverly Hill shop selling wines, meats and cheeses and other liquors. 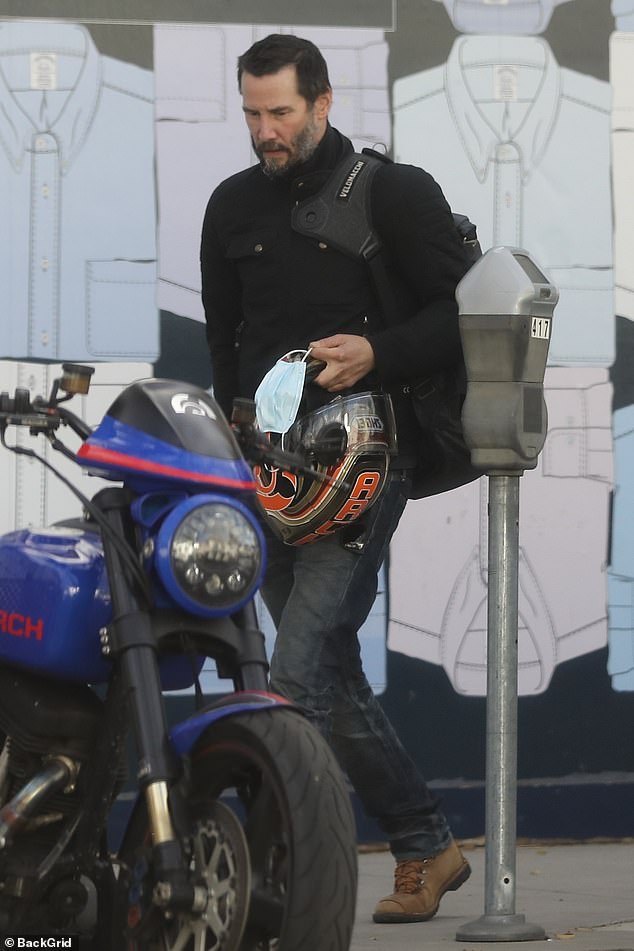 Need for speed: Keanu Reeves, 56, looked rugged with his shaggy salt-and-pepper beard as he drove his motorcycle through Beverly Hills on Friday

Reeves, who apparently sports a buzz cut in his upcoming fourth Matrix film, could have played a version of his character with his dark outfit.

He paired a thick black jacket with a dark blue set of jeans and brown boots.

The Bill & Ted’s Excellent Adventure star carried a blue surgical mask in his hand a slipped on a pair of black sunglasses before putting his helmet on.

He also had a large black bag slung over his shoulder that was filled with his tasty purchases. 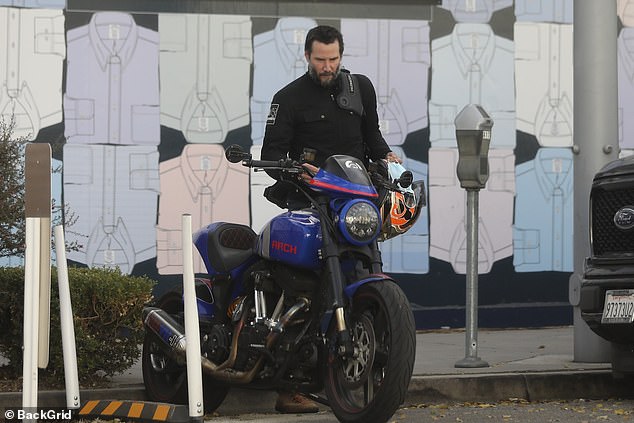 Rugged: He paired a thick black jacket with a dark blue set of jeans and brown boots 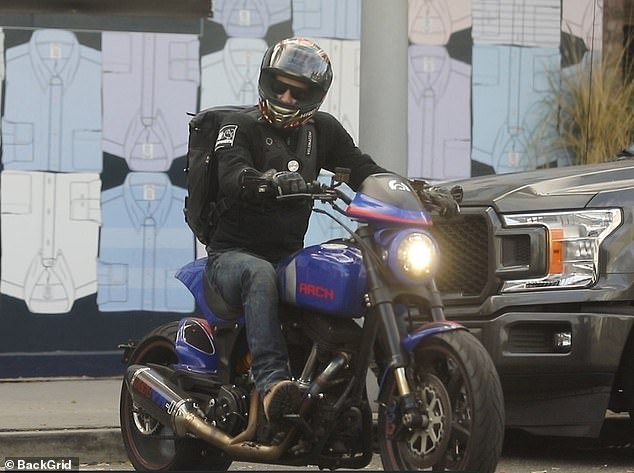 Stocked up: Reeves wore a black bag with tasty supplies after stopping at the wine, meat and cheese and liquor store Wally’s

Reeve wrapped up principal photography on his Matrix sequel, which is simply titled Matrix, in November.

On January 16, Warner Bros. confirmed the movie’s title, which led to fans accusing the studio of playing into recent trends by lazily copying the original film’s title.

Although Reeve’s work on the movie is likely finished, action scenes are still being filmed.

Earlier this month, stunt performers wearing all-black attire that appeared to be standing in for him and his costar Carrie-Anne Moss were seen leaping from a San Francisco skyscraper while attached to wires. 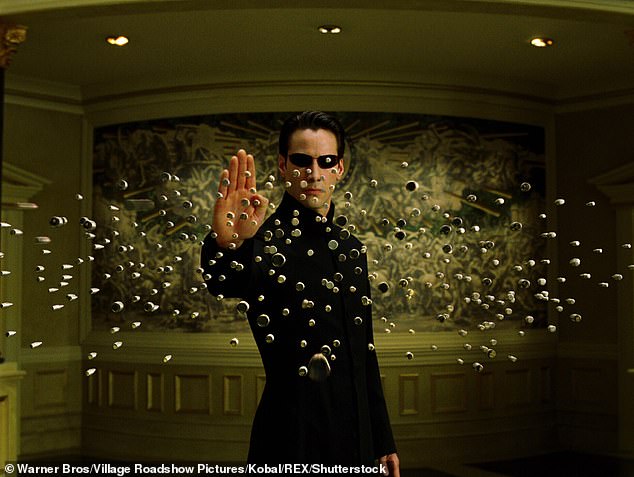 Back in the fold: Reeves wrapped his work on the fourth Matrix film in November. It’s being cowritten and directed by Lana Wachowski; still from The Matrix Reloaded (2003) 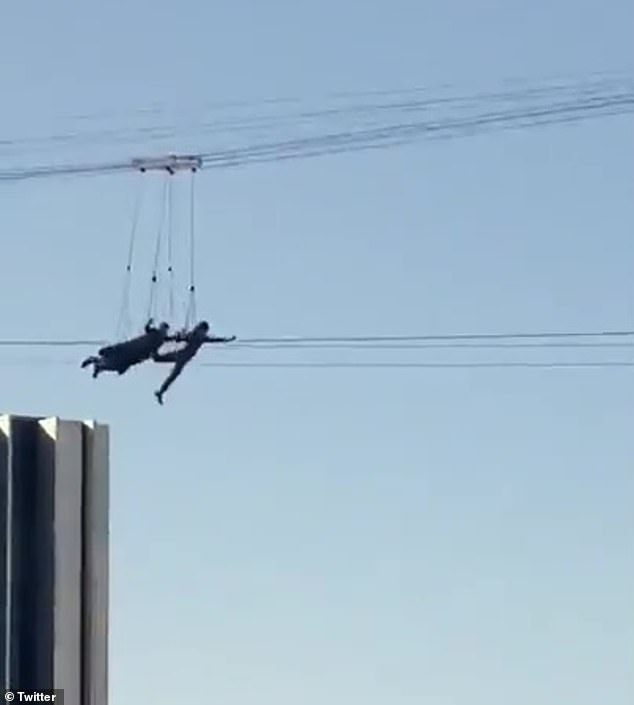 Terrifying: Even though the principal cast are finished, stunt doubles were seen in San Francisco early this month as they jumped off a skyscraper while on wires

The original Matrix trilogy was written and directed by sisters Lana and Lilly Wachowski, but only Lana is returning to direct the fourth film, which she cowrote with Cloud Atlas novelist David Mitchell and Aleksandar Hemon.

Reeves fans got a treat back in August when he revisited another cult-classic film series for the sequel Bill & Ted Face The Music.

He and his costar Alex Winter, 55, starred in the long-gestating project as aging versions of their title characters who are tasked with writing a song so great that it unites all of humanity and prevents all of space and time from being destroyed.

Around the time the film was released, the film studio Lionsgate confirmed that Reeves would be back as the assassin John Wick for fourth and fifth installments of his popular series, which would be shot back-to-back. 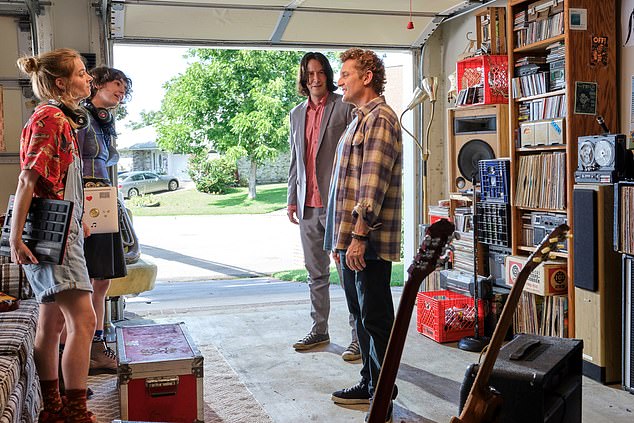 Epic: He also reprised his role in the sequel Bill & Ted Face The Music over the summer, in which he and his costar Alex Winter have to write a song to unite humanity before space and time are destroyed