Kelly Ripa and Mark Consuelos are back at it again, hosting Live with Kelly and Ryan for the third day in a row in Ryan Seacrest’s absence.

At the very top of the show, though, Kelly opened up the discussion to her husband about how he felt about being back for his continuous streak.

She even teased him, in fact, by teasing that their concerned friends were checking on them to figure out whether they were still doing okay after so much time on the air together.

“How are you doing on day three?” she asked him, and when he said he was feeling good, she added: “People are checking in with me.

“They’re checking in to see how our marriage is surviving.” While Mark seemed confused at first, he then got into the bit, referring to his past appearances over the week as well.

“One of my friends says I’ve gone off the rails,” he said, which Kelly nodded in agreement with. “A lot of admissions, things we didn’t know about you before,” she continued. 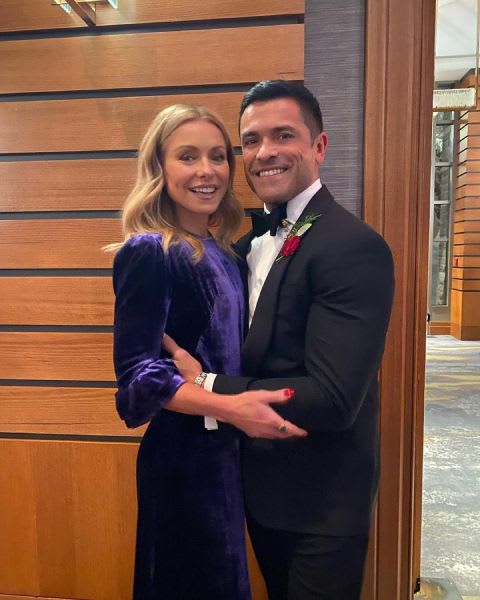 Mark took a defiant stance as he replied: “Listen, Art [Moore, producer] told me ‘No more of this stuff that people just play down the middle. Tell the truth.'”

He was welcomed back warmly, however, by both his wife and the rest of the show’s staff, and it’s clear that their coupling has been quite a fan favorite over the years.

MORE: Kelly Ripa dazzles in stunning Christmas ensemble – and you won’t believe what her husband Mark had to say

Mark did get off to a rocky start this week, though, as he caught the attention of a few viewers after the couple discussed the ending to the second season of The White Lotus.

“I’m surprised you were brave enough to show your face around here today,” Kelly said with a cheeky grin while sipping on her drink.

A post shared by LIVE with Kelly and Ryan (@livekellyandryan)

The actor was called out for revealing The White Lotus spoilers

Mark carried along, adding: “I got some strong feedback yesterday for divulging the ending of The White Lotus,” even saying that he got called a “d-bag.”

Kelly, of course, did defend her husband, explaining: “You’re the person that goes to great lengths when football matches are on to not know the score.”