The mega-famous Keeping Up With The Kardashians stars shared more barely-there looks from the set of their SKIMS shoot on Friday evening.

Proving to be the ultimate Valentines, the ladies put their ‘bust’ foot forward while showcasing their frames in the intimate snaps. 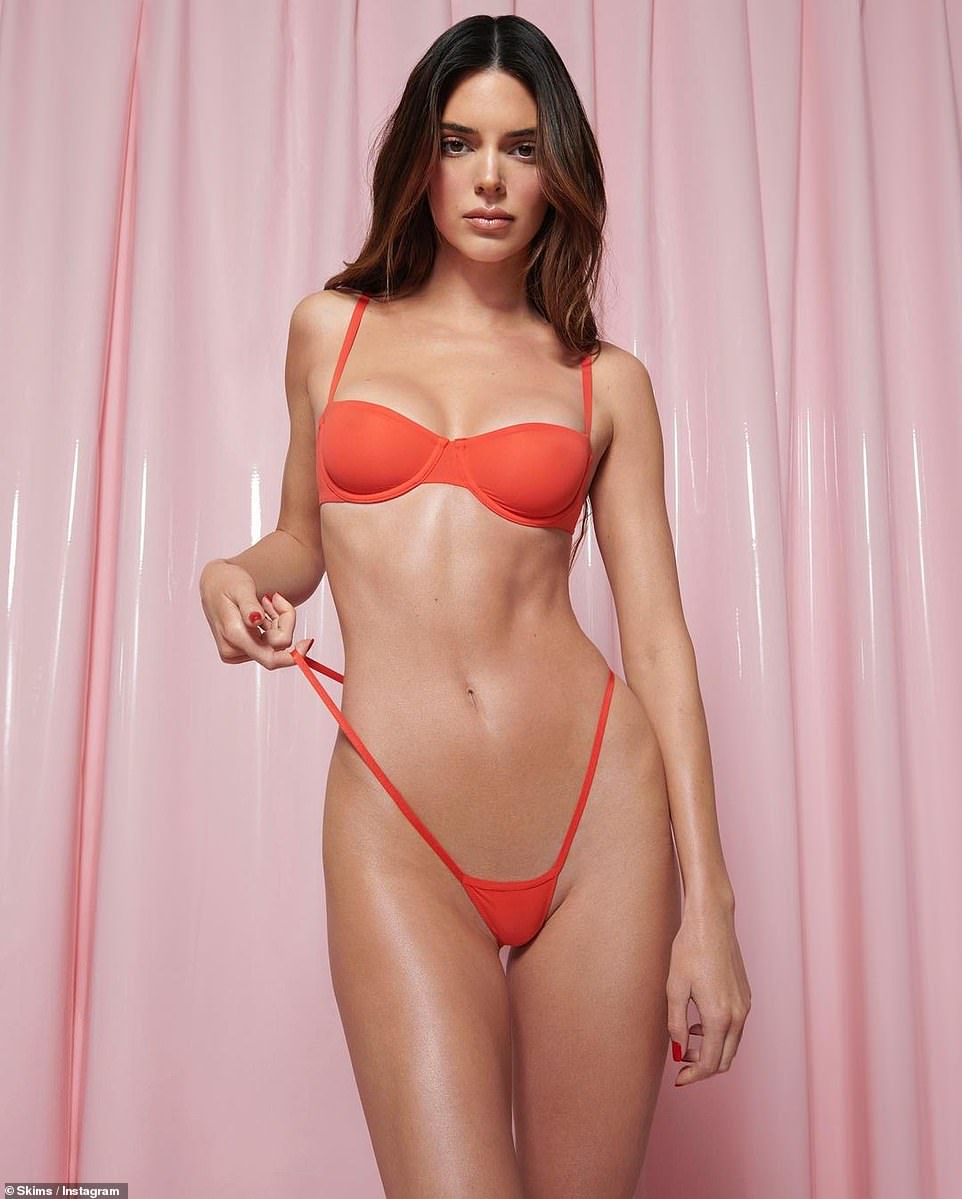 Kendall showed off her long torso and runway legs in a red thong that left little to the imagination, while gently pursing her lips for the camera.

She suggestively slid her finger in the high-legged waistband for one shot.

Creative director Kim made sure to include some decadent dessert accents to the fantasy-themed shoot as Kendall and Kylie baited the camera with cakes and lollipops.

Kylie referred to herself as ‘the snack that smiles back,’ flaunting her unwavering confidence while in front of the lens. 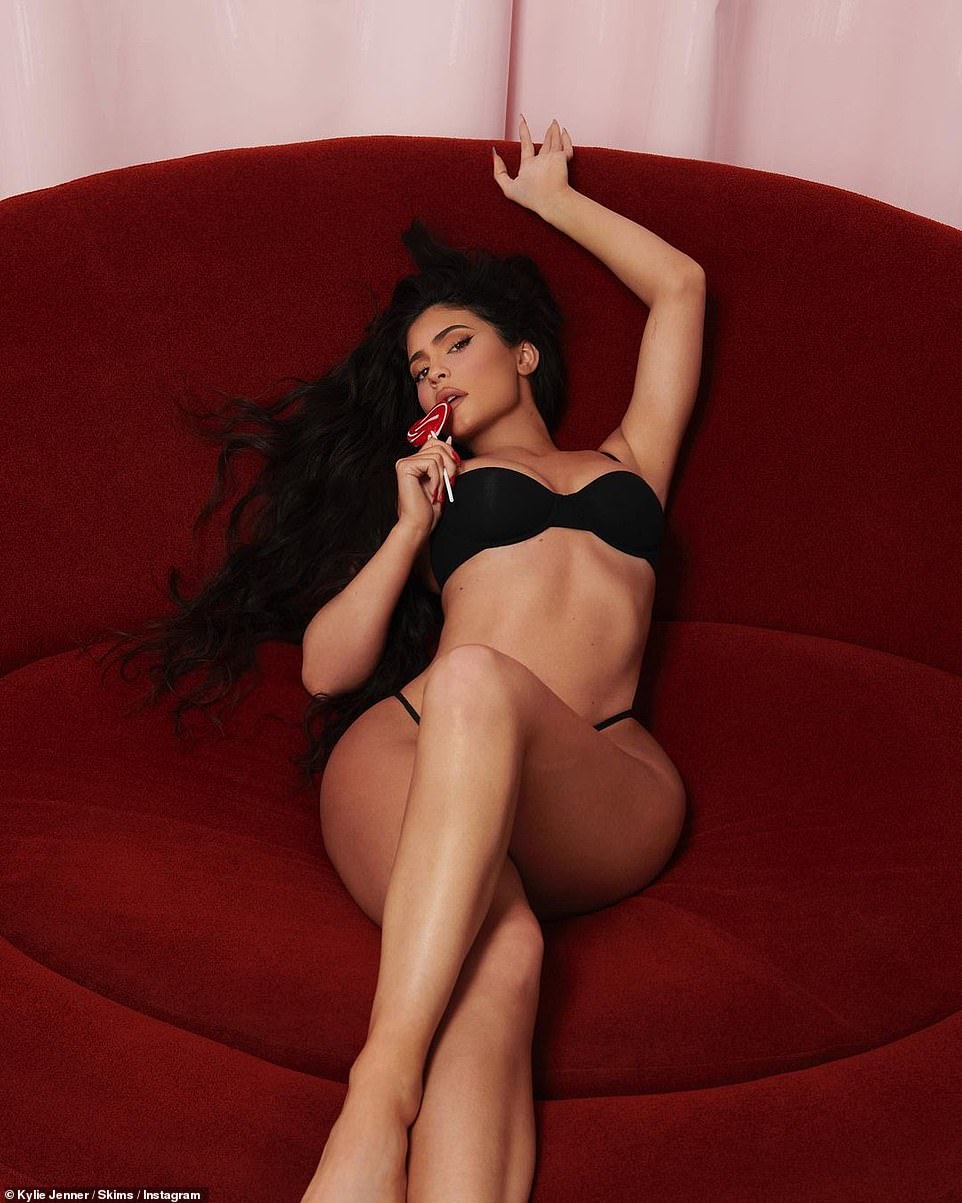 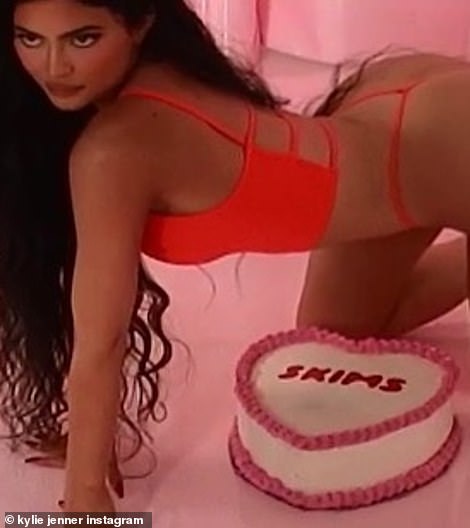 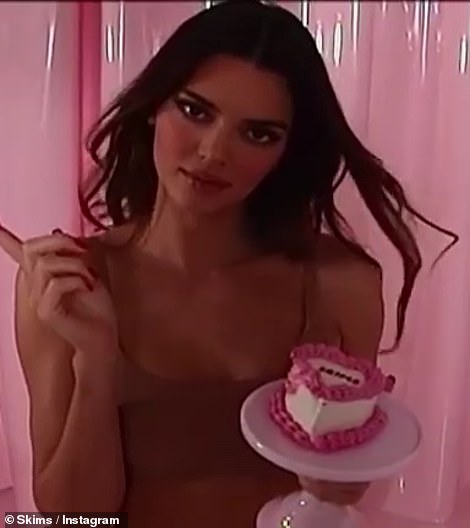 Cake: The KUWTK stars showed off the versatility of the lingerie modeling them on their very different body types 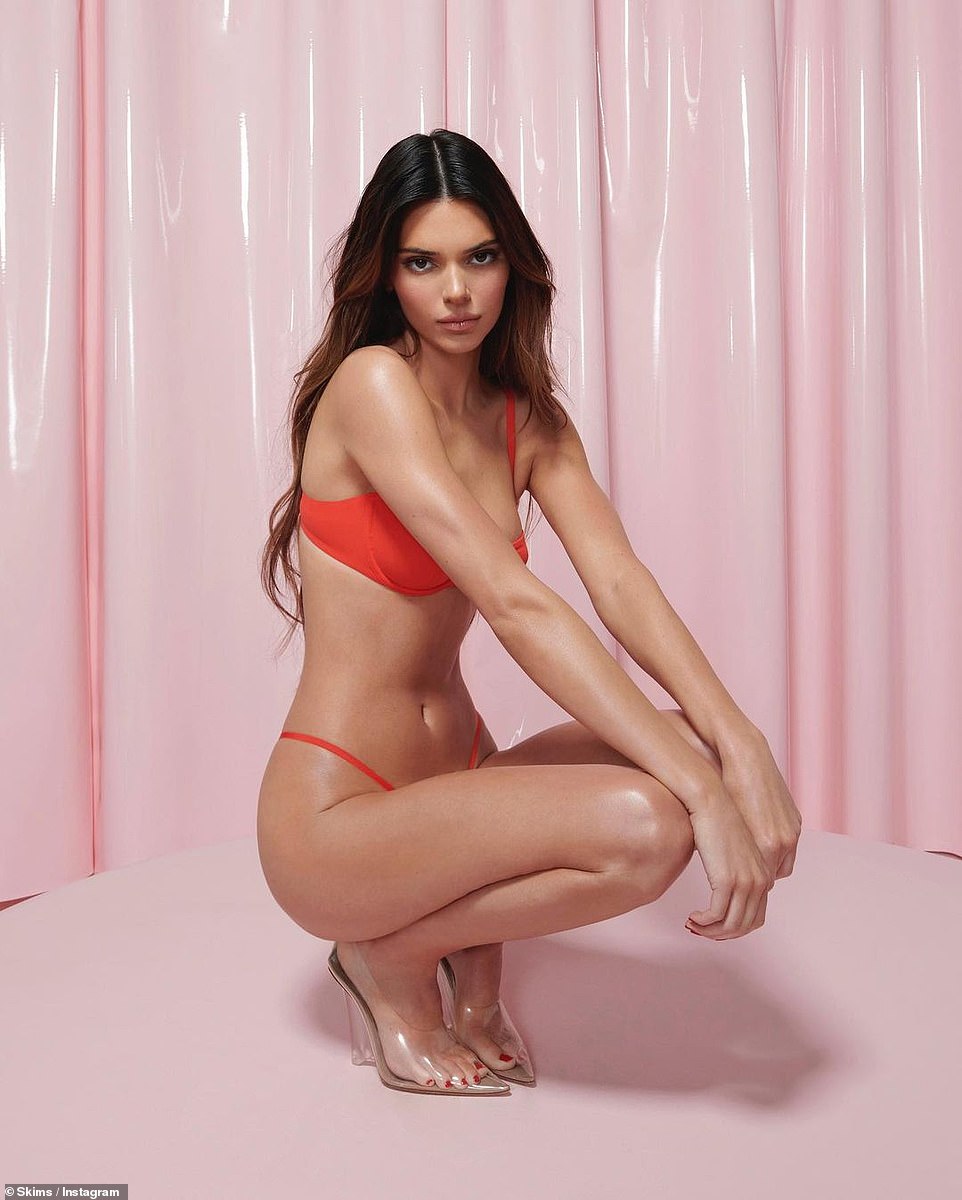 Bad days: Despite being hailed as one of the most in-demand supermodels, Kendall revealed to fans who drooled over the shoot that appearances can be deceiving

The ladies showed off the versatility of the lingerie looks as they modeled them on their very different body types.

Seemingly always confident in front of the camera, Kendall confessed on Twitter that despite appearances even she has ‘bad days.’

‘I am an extremely lucky girl. appreciative of all that i have. but i want you to know i have bad days too and that i hear you! you are beautiful just the way you are!!! it’s not always as perfect as it may seem.’

In a SKIMS promo campaign video, the Vogue cover girl flashed her derriere in a mesh black thong as she slid her heels into the garment. 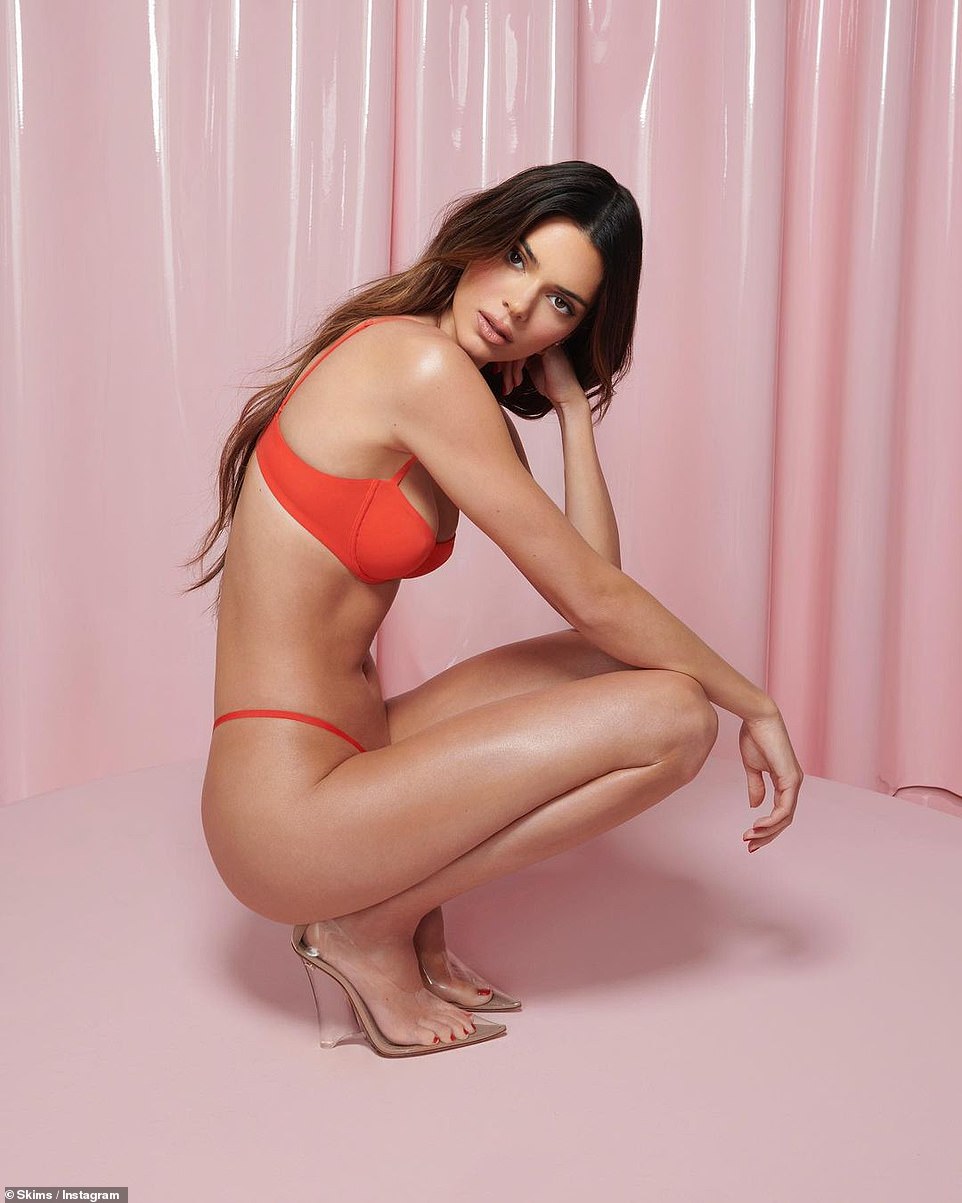 Work the angles: She showed off her pilates body and versatility as she struck a series of poses in clear plastic heels 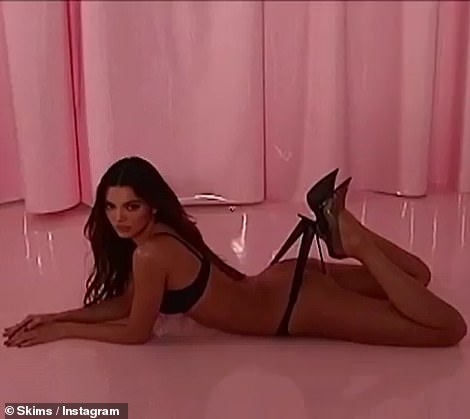 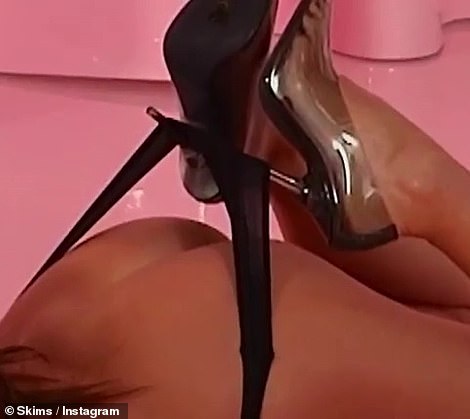 Cheeky: The eldest Jenner provided a cheeky surprise when she dug her heels into a mesh black thong and exposed her backside 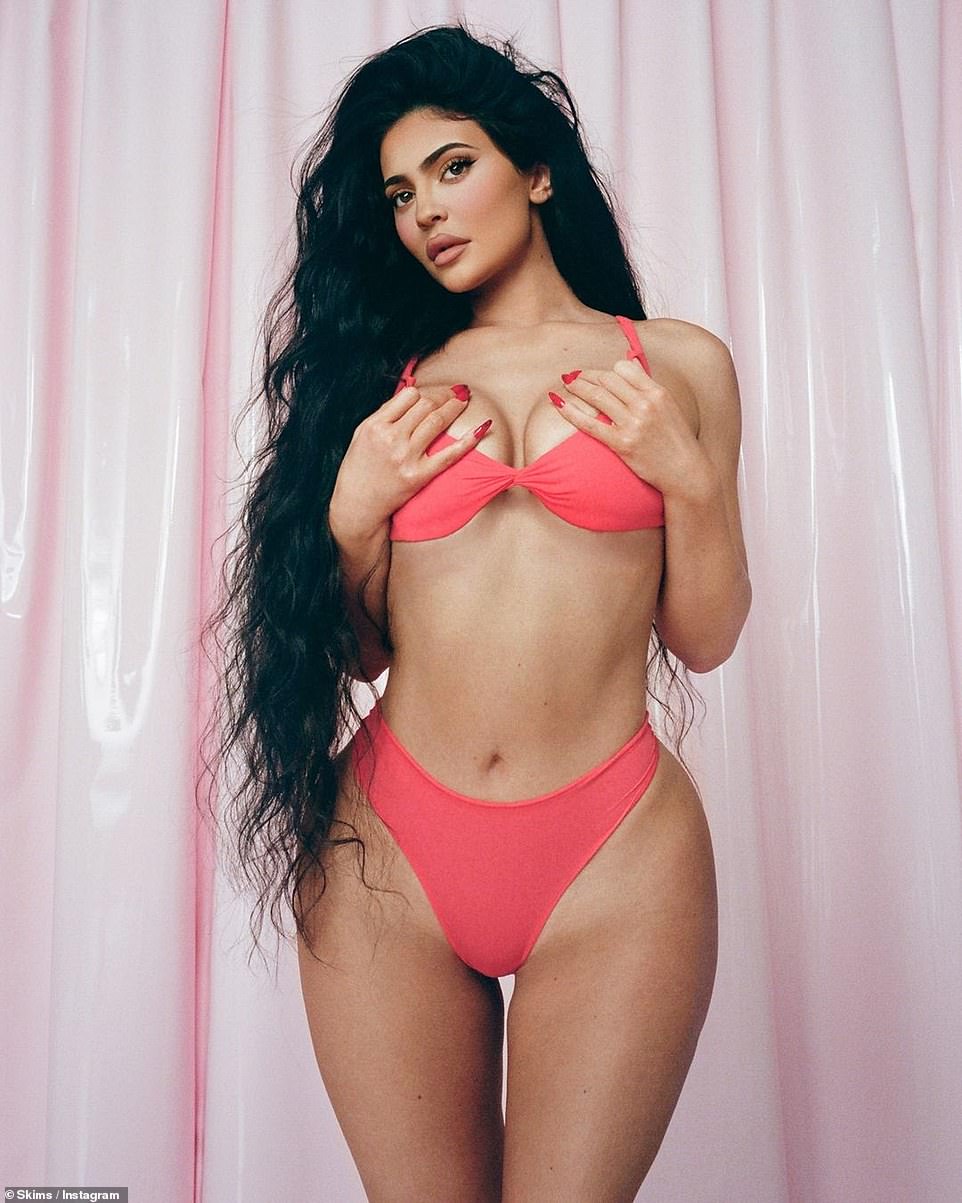 Exaggerated curves: The mom of one has been hitting the gym overtime as she showed off her enhanced proportions in a thong with a bit more coverage 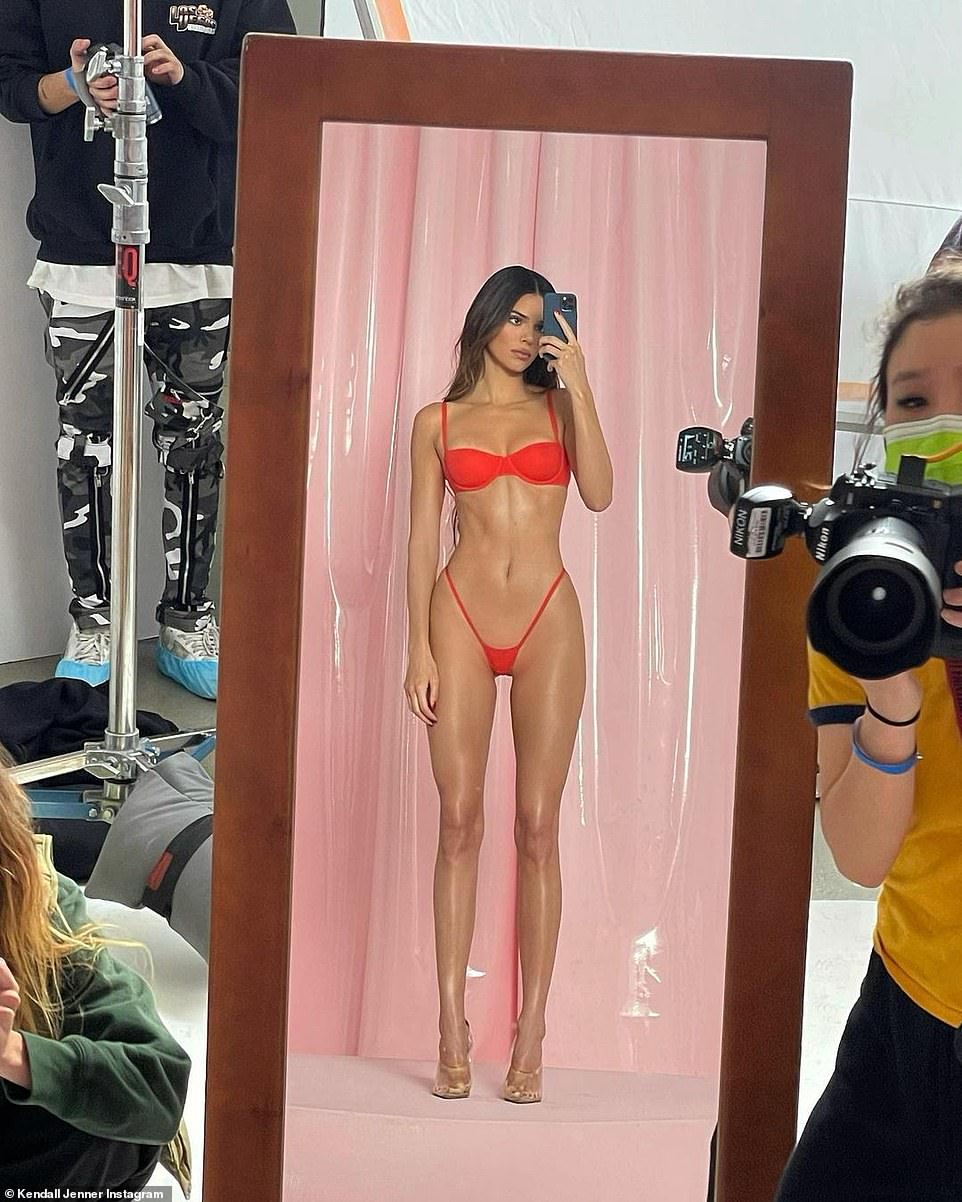 Long lines: Some fans were quick to inquire about the length of Kendall’s torso, with many directing their attention to her unfathomable looking nether regions

The SKIMS line – which started as exclusively shapewear – has garnered a large buzz in part due to the size inclusivity of the line with sizes ranging from XXS – 4X.

Kylie showed off another more full coverage thong look as she revved up the sex appeal and grabbed her bust.

With all the KarJenner sisters having mastered the art of selling virtually anything they market based on their undying star quality, Kim hoped to add a final frisky push ahead of the Valentine’s Day drop by recruiting her youngest half-siblings.

Kim was quick to promote the heck out of the line on her various social media platforms, boldly deeming it ‘our sexiest collection,’ yet.

Sex appeal: Kim dubbed this installment of her line the ‘sexiest collection’ yet as she recruited Kendall and Kylie for some additional star power to sell the lingerie line