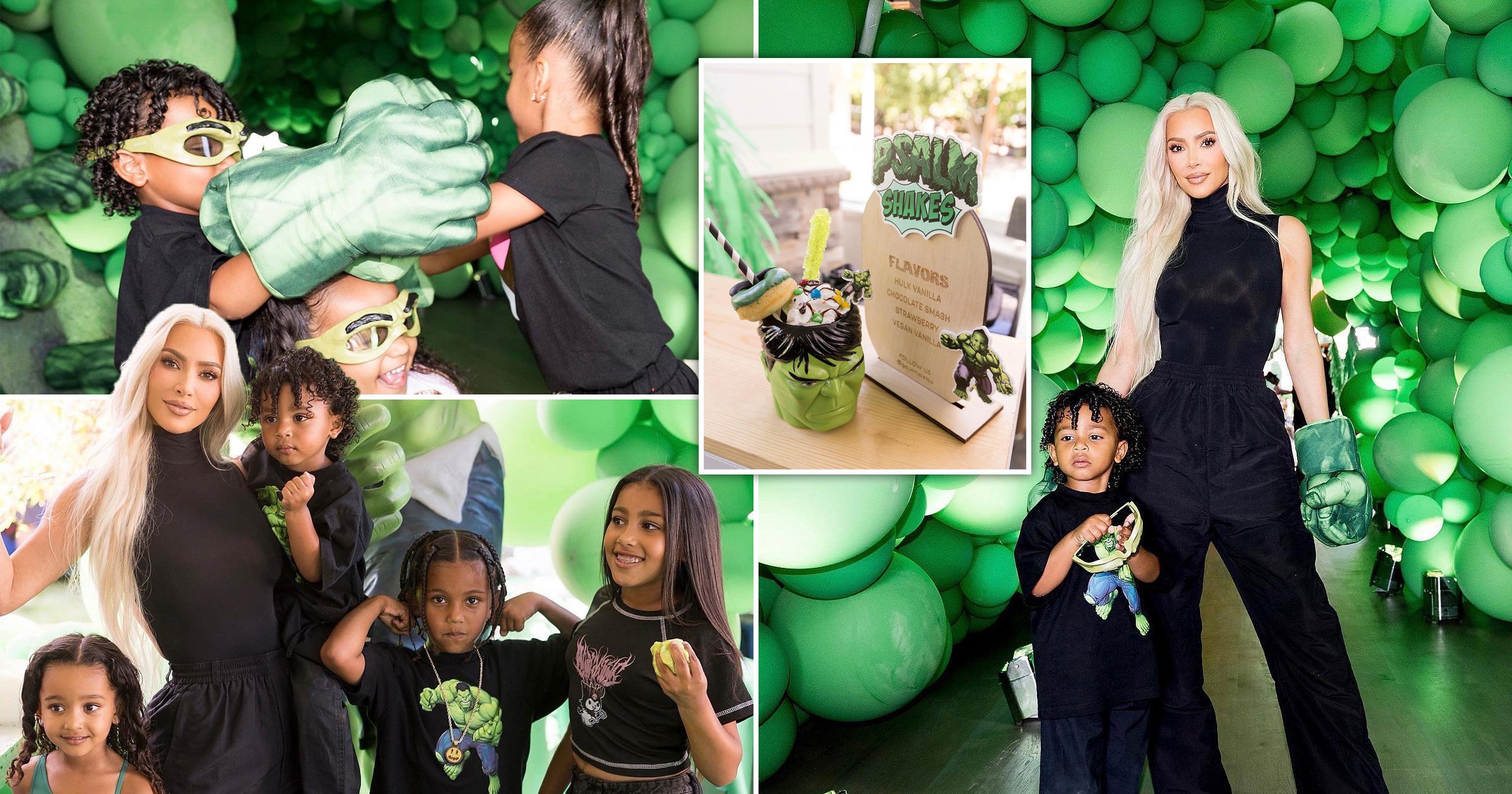 The Kardashians are not known for their low-key birthday parties and the Hulk-themed bash Kim Kardashian threw for Psalm is no exception.

The reality star, 41, took to Instagram to share a touching message as her youngest son turned three years old, giving fans a look at his incredible party.

Kim wrote: ‘Happy 3rd Birthday to my sweet baby Psalm. Your smile lights up the room and your loud laugh and snuggles are the absolute best!!! My baby boy for life!!! I love you so much!’

In the snaps, Kim was seen hugging Psalm with enormous Hulk-hands on and posing with all four of her children in front of a life-sized model of the superhero and hundreds of green balloons.

The kids were also seen having a great time with giant soft padded Hulk hands and glasses on, while Psalm also tried out a tiny quad bike-style toy emblazoned with the character.

Kim had also arranged for the kids to have their own ‘Hulk smash’ moment as rows of what appeared to be green chocolate fists were laid out on plates with tiny wooden mallets next to them, for them to break into.

Even the drinks were served in cups in the shape of the Hulk’s head and featured whipped cream galore, as well as donuts and sweets for garnish on the straw.

Kim also shared a photo of her planting a kiss on the birthday boy’s lips after he had blown out the candles on his cake.

Kanye had reportedly been in Japan with his girlfriend, Instagram model Chaney Jones, 24, when the birthday party took place.