Kourtney Kardashian and Travis Barker tried to hide from onlookers by having their hoods over their heads and looking down when arriving at their hotel in New York City.

Kourtney Kardashian, 42, and Travis Barker, 45, made their arrival in the Big Apple as discreet as possible on Sept. 11. The Keeping Up with the Kardashians star and Blink 182 drummer wore matching black hoodies, that were up and over their heads, and black pants as they made their way past onlookers who gathered outside of the hotel they were staying at. They also wore sunglasses, black face masks, and black sneakers and boots as they held hands and looked down. 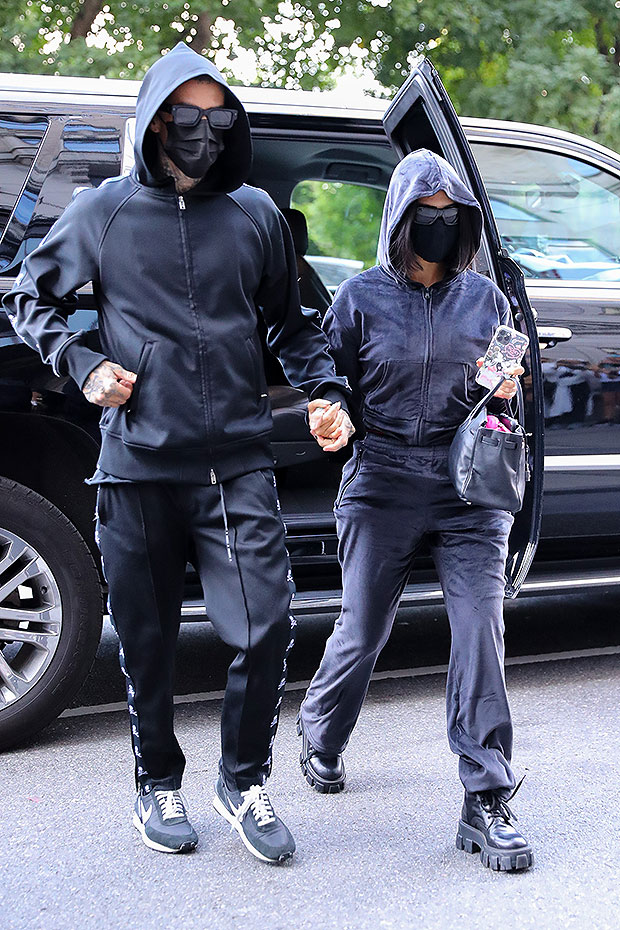 The arrival comes right at the same time as Kourtney’s sister Kim Kardashian, 40, was also spotted arriving at the same hotel while wearing a similar hide-away getup. It consisted of an all-leather black Balenciaga outfit that included a face mask that covered her entire face. She also wore pointy black leather boots as her long dark hair peeked out from behind the mask. 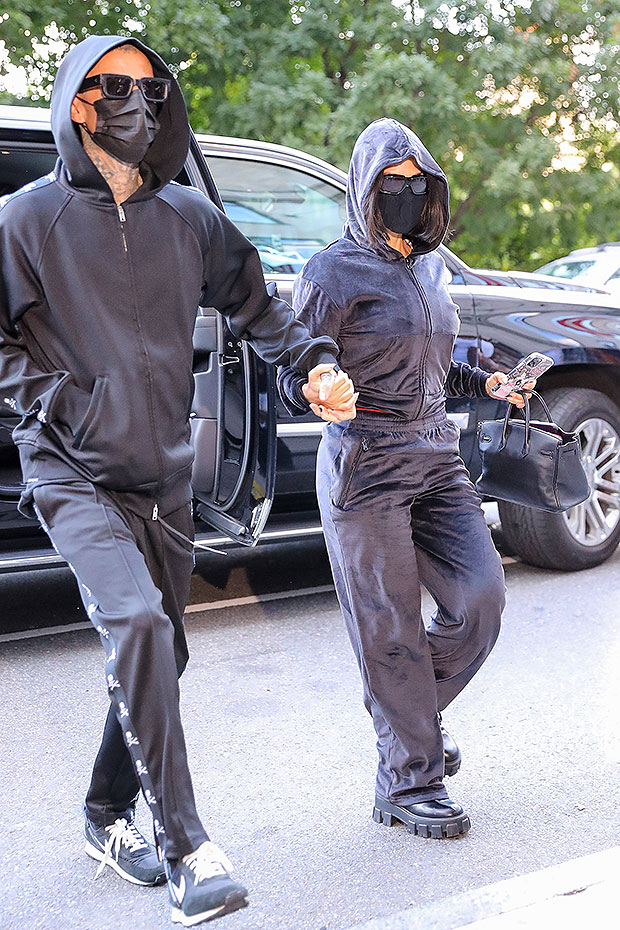 Kourtney, Travis, and Kim are all in New York City in the midst of New York Fashion Week. Their arrival also comes just in time for the 2021 Met Gala, which is scheduled to take place at the the Metropolitan Museum of Art on Sept. 13. Many celebs have been seen in the area while taking in the fashion scene, including Kourtney and Kim’s sisters Kylie Jenner, 24, and Kendall Jenner, 25.

Before they made headlines for their eye-catching NYC arrival, Kourtney and Travis did so for their PDA-filled night at Halloween Horror Nights in at Universal Studios in Florida on Sept. 9. An eyewitness told HollywoodLife they were having more than a romantic night as they enjoyed each other’s company and gathered in conversations with others. “To say they were having a romantic date night would be quite the understatement,” the eyewitness EXCLUSIVELY said.

The lovebirds, who went public with their relationship earlier this year, weren’t alone on the outing, however. Kourtney’s 11-year-old son Mason Disick as well as Travis’ daughter Alabama Barker, 15, and his son Landon Barker, 17, also joined them for the fun night.