Kardashian-Jenner matriarch Kris Jenner shared a series of throwback photos of her family in honor of Easter Sunday.

In all, Jenner posted five photos taken during the 1980s when the Kardashian sisters were young girls on Instagram.

One of the classic images showed Jenner sitting on a couch with her late first husband Robert Kardashian and their son, Robert Jr., and three daughters: Kourtney, Kim and Khloe, presumably in late 1987. 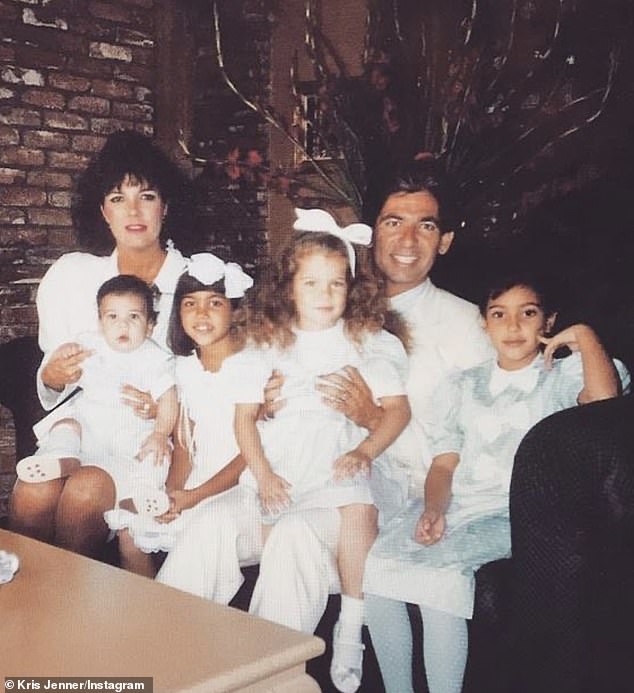 Celebrating Easter: Kris Jenner shared five photos on Instagram to mark the Easter Sunday holiday; Robert Jr., Khloe, Kourtney and Kim are seen sitting in front of their mother and father, Robert Kardashian, in a photo likely taken in 1987

‘Wishing everyone a happy Easter weekend, filled with love,’ Jenner, 65, wrote in the caption along with the hashtags: ‘#memories #family #Easter’

In the family Easter photo, everyone appears to be decked out in some sort of white ensemble, with the exception of Kim who wore a baby blue and white outfit.

Kourtney and Khloe were also decked out with white bows in their hair. 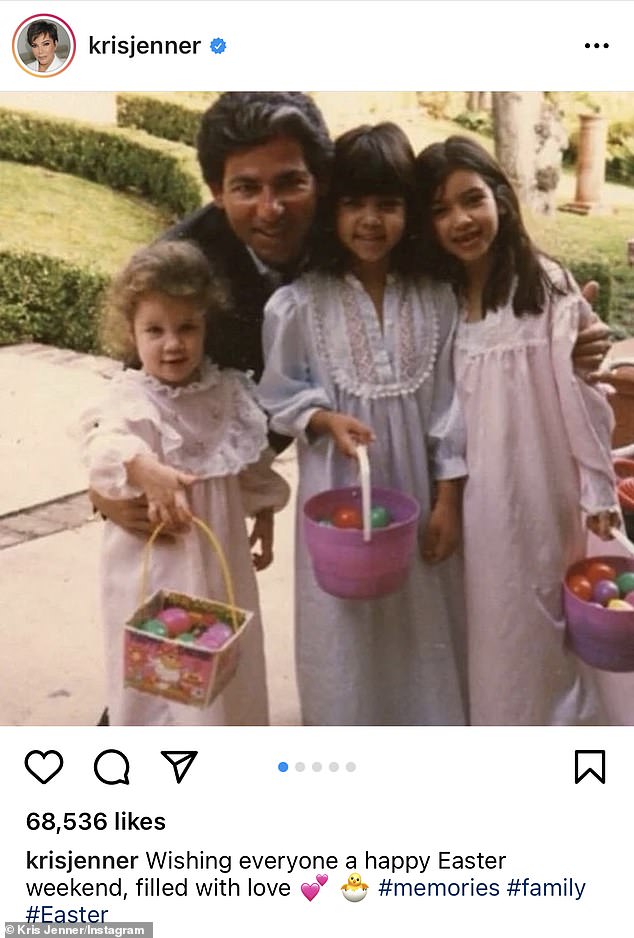 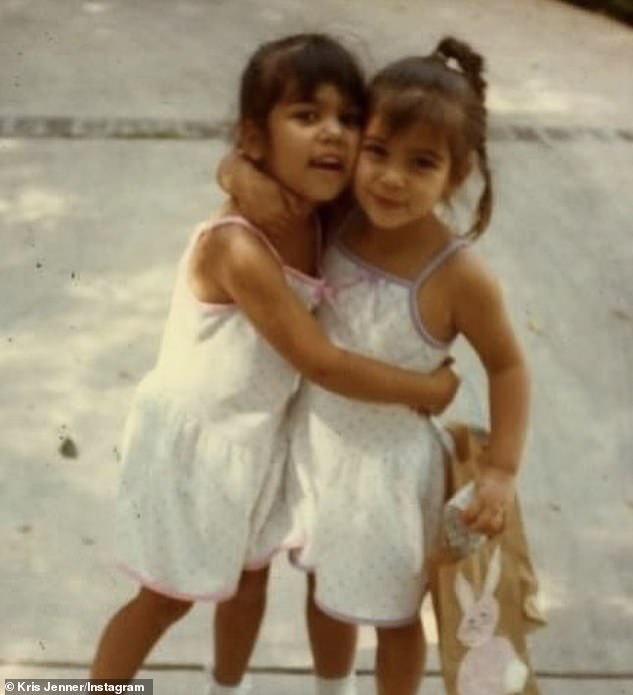 Young bunnies: A young Kourtney and Kim shared a sisterly hug in another photo while holding paper bags decorated with bunnies

The proud father could also be seen snuggling up next to his three daughters who are all holding Easter baskets filled with eggs.

The sisters are all dressed similarly in light-colored frilly dresses as they show off their eggs likely found during an Easter egg hunt outside of their home.

A young Kourtney and Kim shared a sisterly hug in another photo while holding paper bags decorated with bunnies.

There’s also an image of Kourtney and Kim, dressed in their Easter finest, searching for Easter eggs as toddlers. 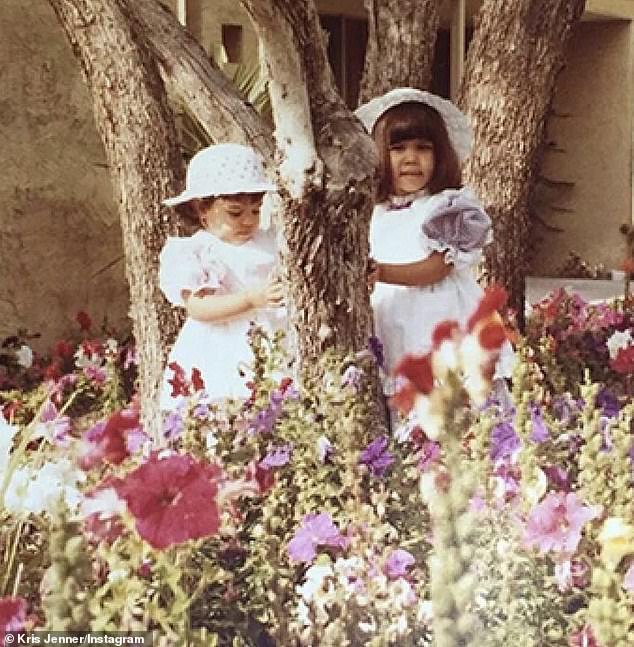 Sisterly: Khloe and Kourtney were also dressed in white during another Easter holiday as kids

Jenner was married attorney Robert Kardashian for over 12-years starting in 1978.

Even though they divorced in 1991, the former couple remained good friends until Robert’s death in September 2003 at the age of 59, about three months after he received his cancer diagnosis.

Robert was best known as one of OJ Simpson’s trial lawyers in his criminal murder case in Los Angeles in the 1990s.

Jenner would end up marrying former Olympic triathlete champion Bruce Jenner one month after her divorce from Kardashian was finalized.

They had two daughters together: Kendall and Kylie before separating in 2013, and finalizing their divorce two years later. 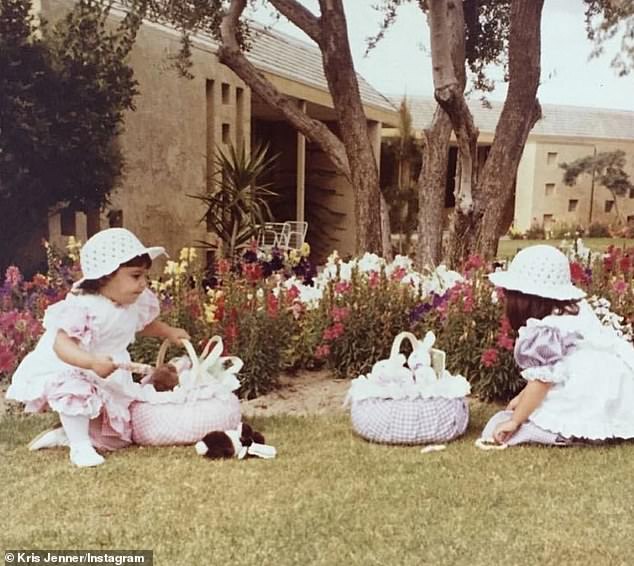 On the hunt: Kourtney and Kim dressed in their Easter finest during an egg hunt as toddlers in the early 1980s