Kris Jenner steps out in head to toe Christian Dior… as daughter Kim Kardashian pokes fun at the logo look: ‘Who makes your outfit?’

She has had a penchant to step out in some of the newest items from some of the biggest high-fashion brands.

And on Sunday Kris Jenner dressed head to toe in an outfit from Christian Dior when she helped celebrate family friend Jonathan Cheban’s 47th birthday.

But this go-around the famed momager strutted her stuff in one of the legendary fashion brand’s high-end tracksuits and matching sneakers. 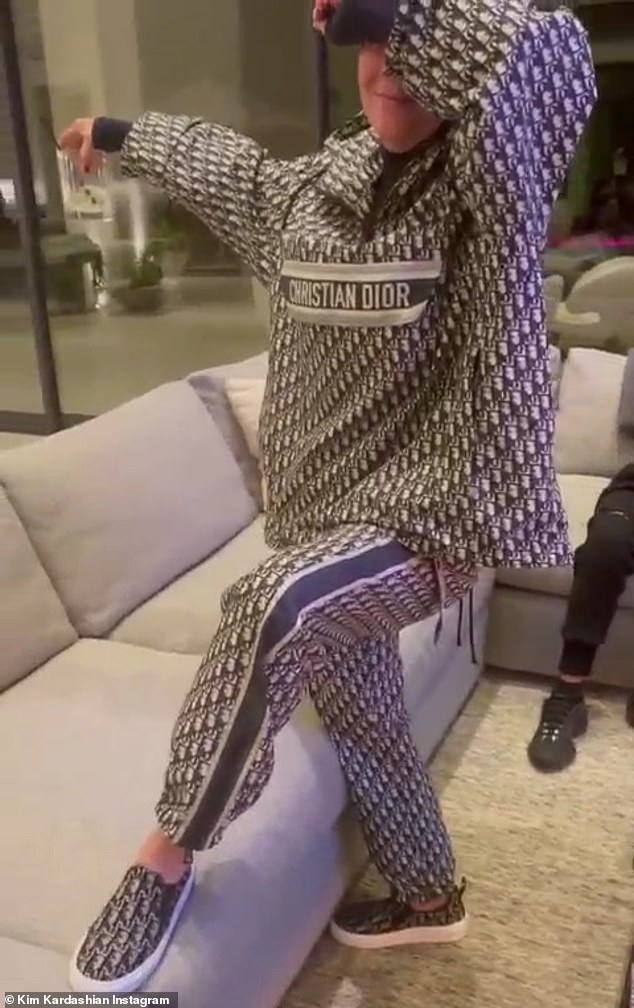 All Dior: Kris Jenner, 65, dressed head to toe in Christian Dior while out with some family and friends on Sunday

The blue and white patterned design was adorned with plenty of Christian Dior logos, which daughter Kim Kardashian was happy to point out in a short video she posted on her Instagram page.

‘Who makes your outfit?’ the Skims founder, 40, jokingly asked her mother from behind her phone camera. ‘I can’t figure it out.’

Cheban, the birthday boy, jumped in on the joke and added, ‘You got two guesses.’

Some could be heard yelling out ‘Dior’, which Kim promptly chimed in and responded:  ‘No s**t.’ 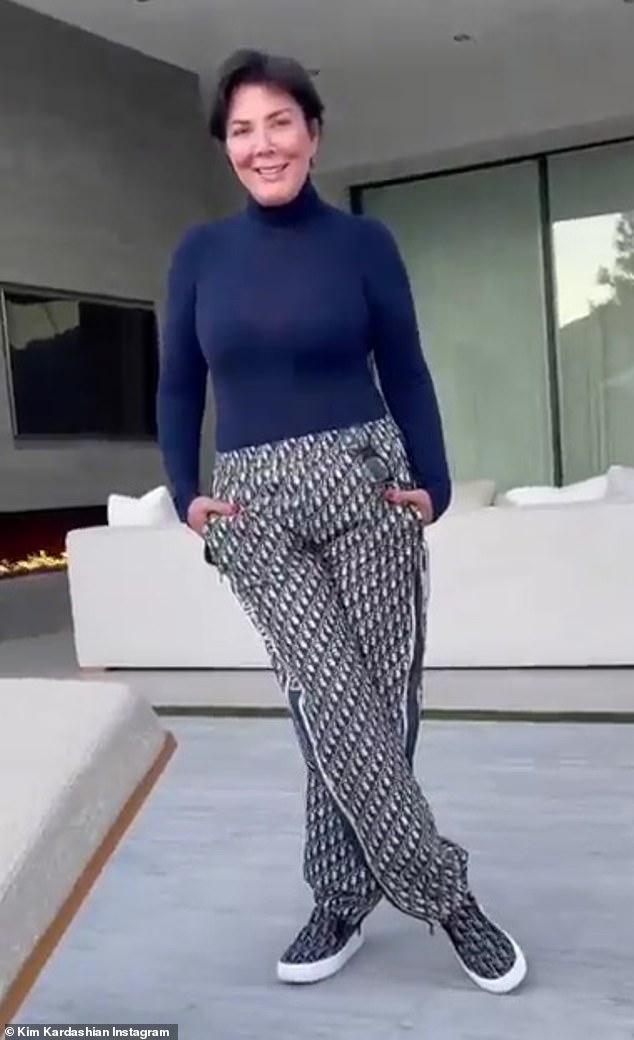 Family ribbing: The momager struck a pose in the Dior tracksuit ensemble as her daughter Kim Kardashian began to poke fun over the many brand labels 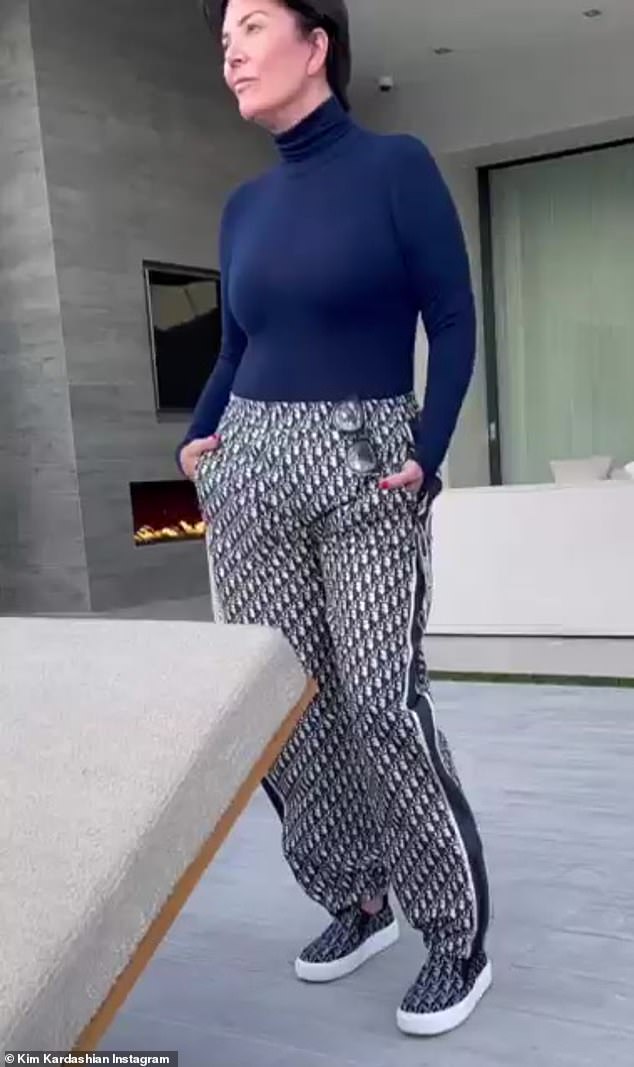 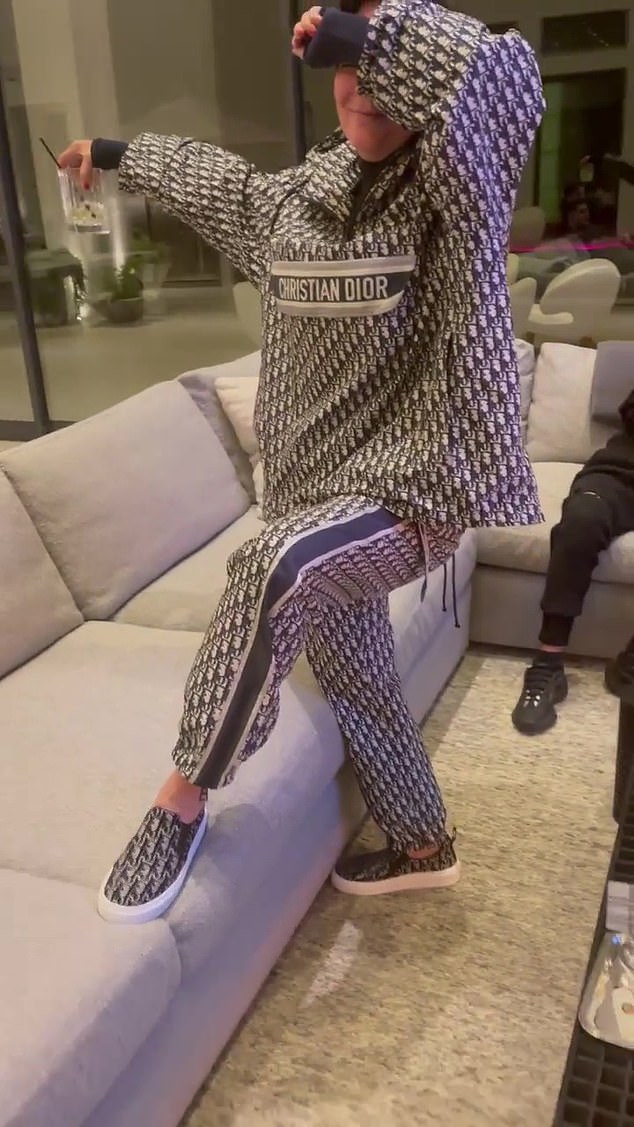 Working it: In another video, inside the sprawling home, Kris struck one certain pose with her head down and her right sneaker leaning on a couch 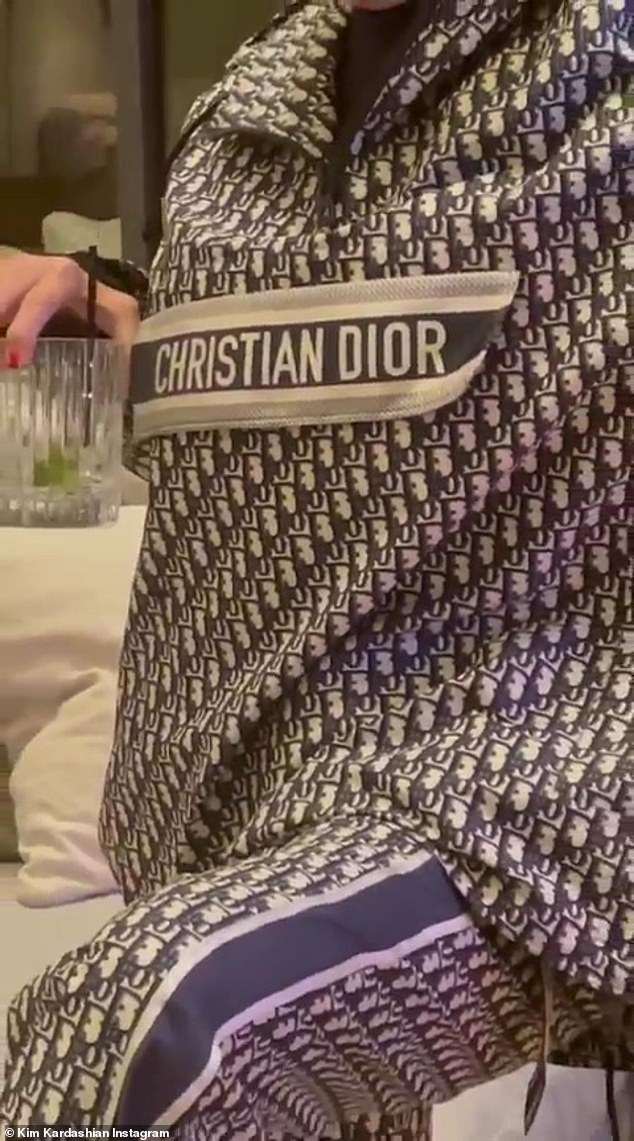 Hilarious: While joking with her mother about who she was wearing, Kim pushed her camera shot in on one of the Christian Dior labels that adorned the outfit

In another video, inside the sprawling home, Kris struck one certain pose with her head down and her right sneaker leaning on a couch.

Like every good comedian, Kim reiterated her running joke and added, ‘I’m so curious as to who makes this [Dior outfit],’ she asked as she pushed her camera shot closer to the many Christian Dior labels adorned on the ensemble.

As this is going on the matriarch of the Kardashian/Jenner brood held onto her cocktail glass and remained motionless in her dramatic pose. 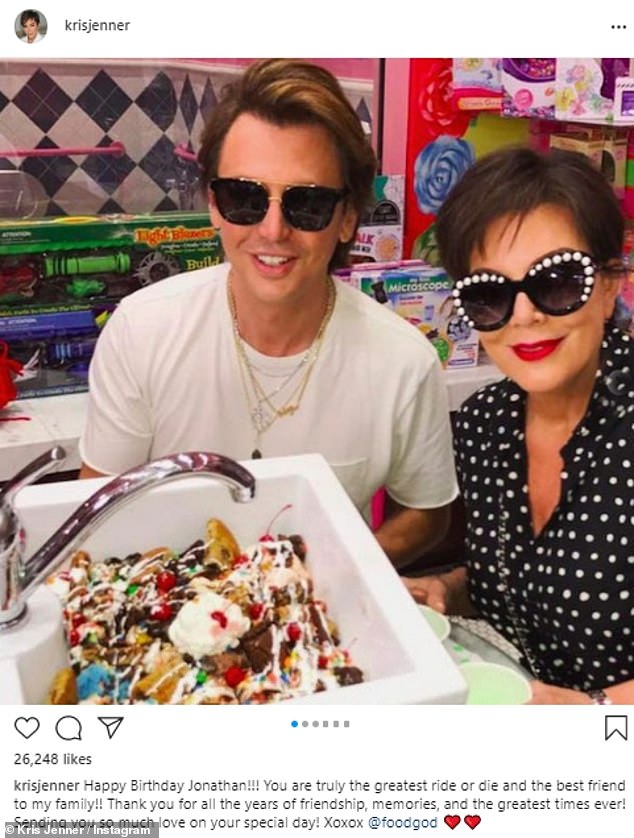 Earlier Sunday morning, Kris took to Instagram and shared birthday wishes to Cheban, who been a close friend to the Kardashian and Jenner family for many years.

‘Happy Birthday Jonathan!!! You are truly the greatest ride or die and the best friend to my family!!’ she began in the caption of a photo showing the pair snuggled up together.

‘Thank you for all the years of friendship, memories, and the greatest times ever! Sending you so much love on your special day! Xoxox @foodgod.’ 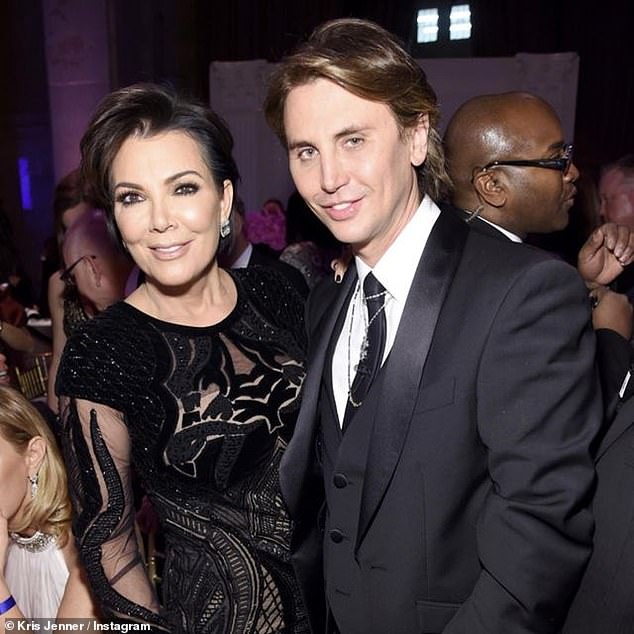 Trusted friend: Cheban has been a close and loyal friend to the Kardashian and Jenner family for many years 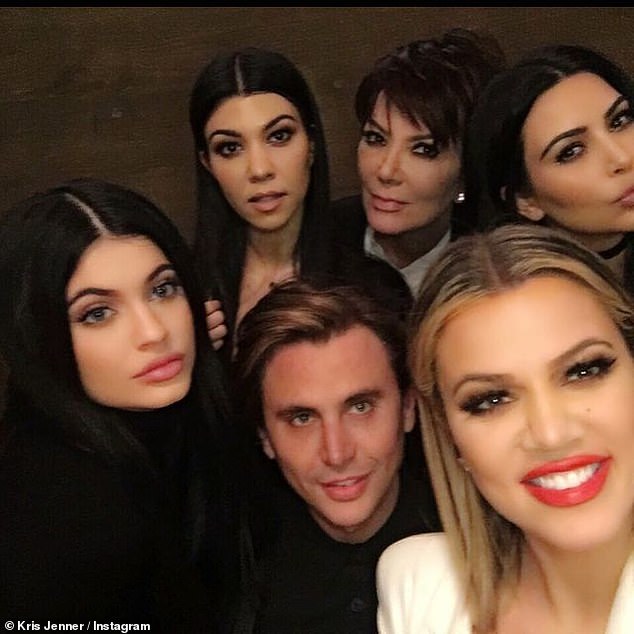 Reguar guest: Cheban has been seen on Keeping Up With The Kardashians through the years

Matt James and Heather Martin: Are They Secretly Dating?!