The 23-year-old social media personality appeared to be enjoying the sunny California weather as she stepped out of the eatery and into her car.

The reality television star’s BFF Stassie Karanikolaou was also present during the lunch trip as she wore a black top. 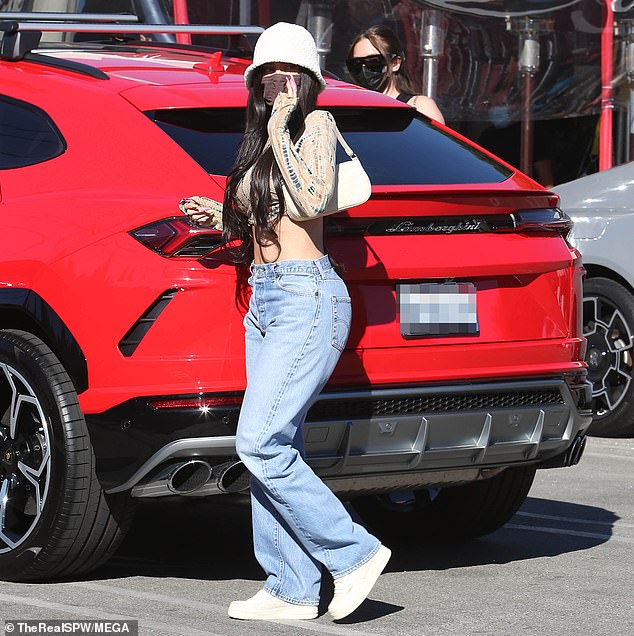 Taking it easy: Kylie Jenner was spotted leaving Matsuhisa in Beverly Hills on Thursday afternoon; her pal Stassie Baby can be seen on the other side of the car 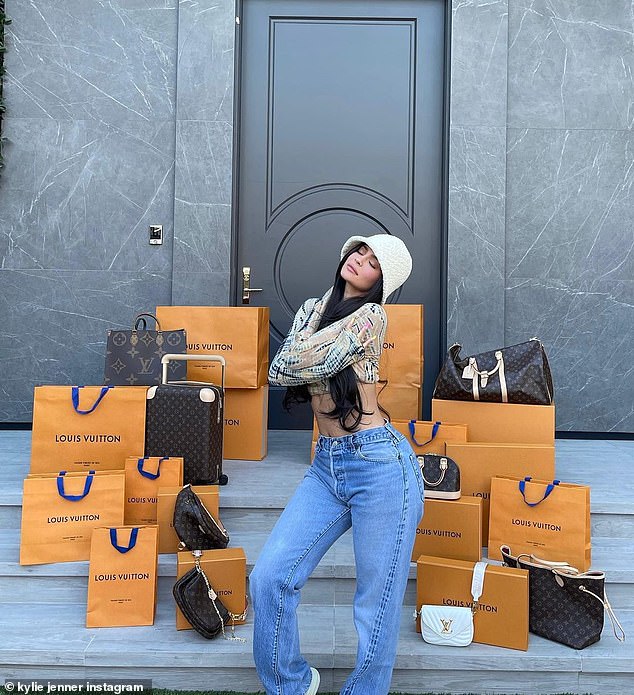 Her look for work: She wore the same outfit outside her Holmby Hills mansion for an Instagram plug this week 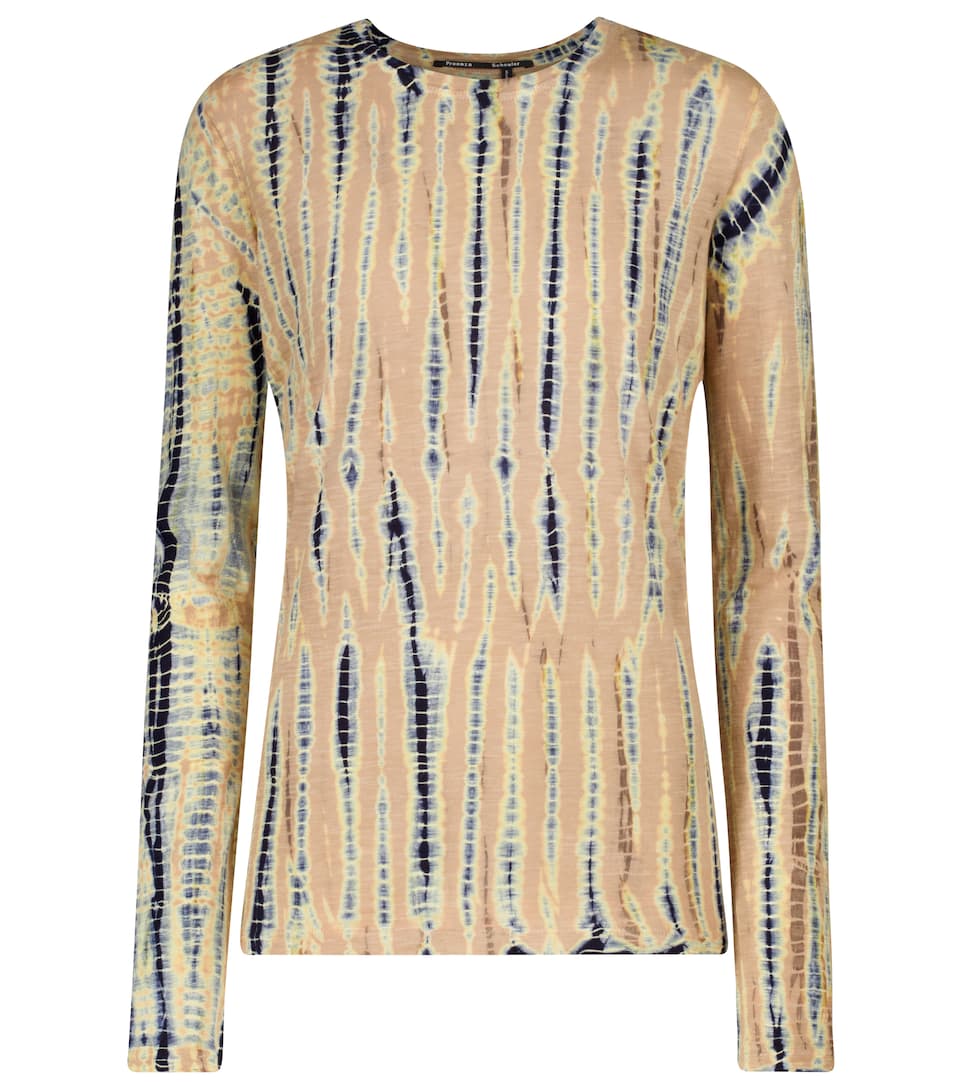 Jenner was dressed in a multicolored crop top that exposed her toned tummy.

She also wore a pair of blue jeans that, while they featured a bit of extra legroom, managed to prominently show off her rear end.

The reality television personality tied off her look with a pair of white sneakers and a matching purse.

The socialite’s gorgeous brunette hair fell downwards from underneath a fuzzy bucket hat onto her shoulders and chest during her lunch trip. 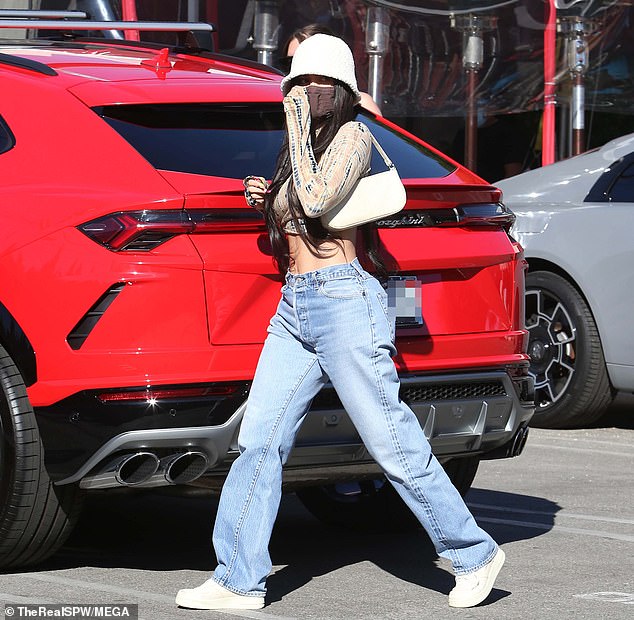 Staying comfortable: The reality television personality was dressed in a patterned crop top that allowed her to show off her toned tummy 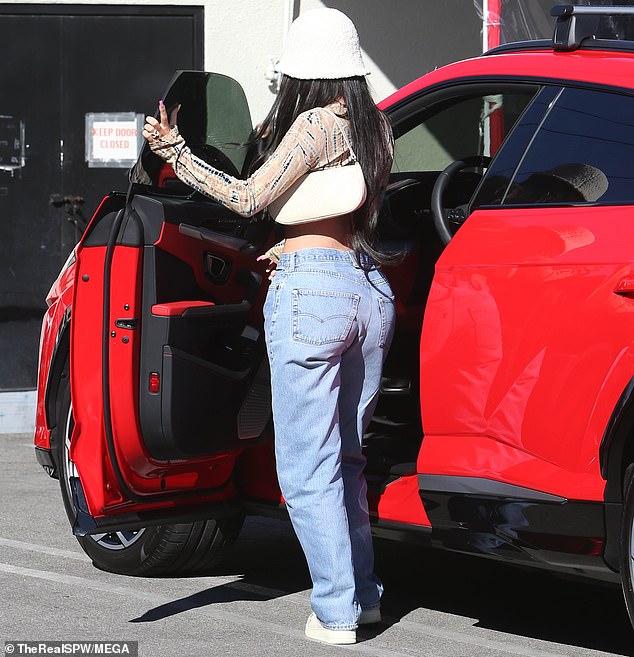 Bottom choices: The social media figure also wore a pair of blue jeans that clung closely to her waist and showed off her rear end 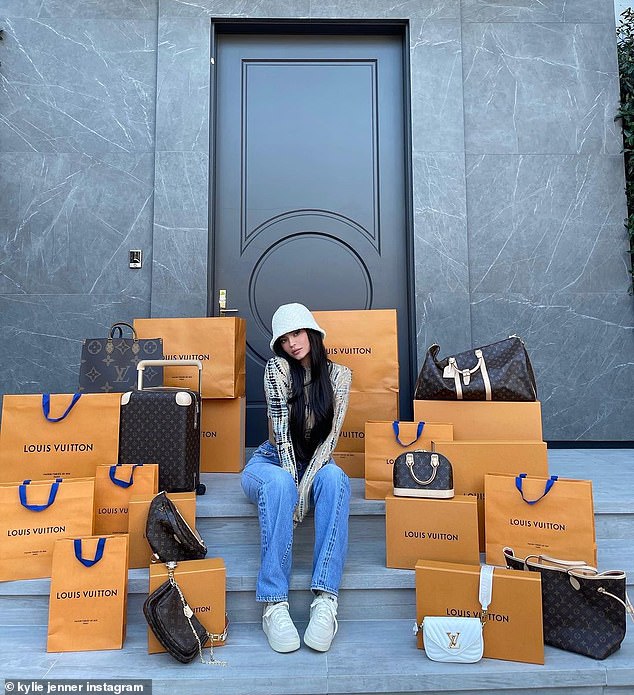 Jenner wore a brown face mask to reduce the chance of being exposed to COVID-19 while stepping out in public.

After going about the rest of her day, the reality television star posted a duo of shots to her Instagram account to show off her freshly painted nails.

The Kylie Cosmetics founder had all of her tips done in a paisley pattern, although three different colors had been used on her fingers.

Jenner also wrote a short message in the post’s caption, which read, ‘there’s nothing like a new set.’ 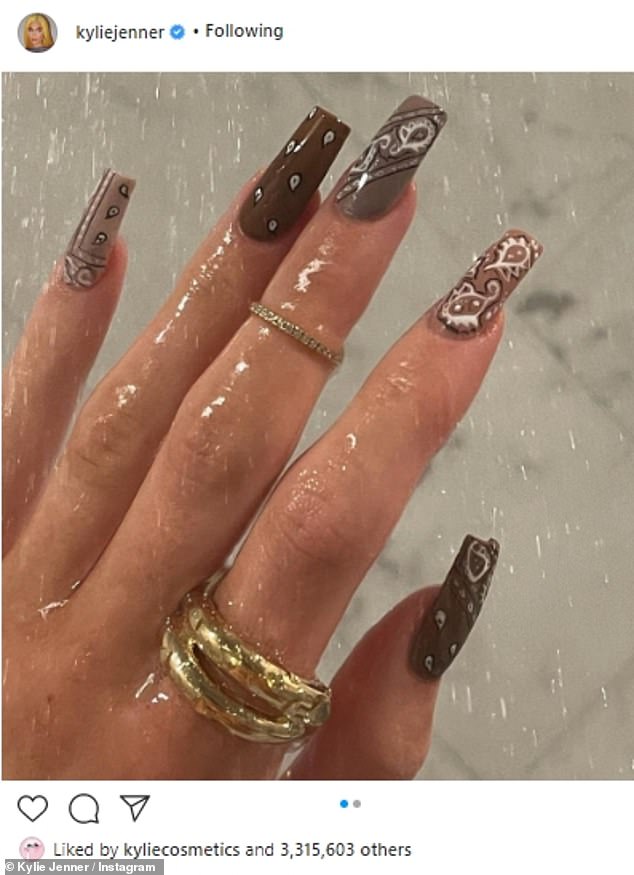 New patterns: Later that night, Jenner posted a picture to her Instagram account to show off her freshly painted nails

The designer’s lunch trip comes just days after she revealed that she had brought a new puppy named Kevin into her household.

Before she left her house, Jenner posted a set of photos to give her 217 million followers a better look at her new pup.

The socialite’s first photo showed her holding Kevin while he curiously gazed into the lens of a camera. 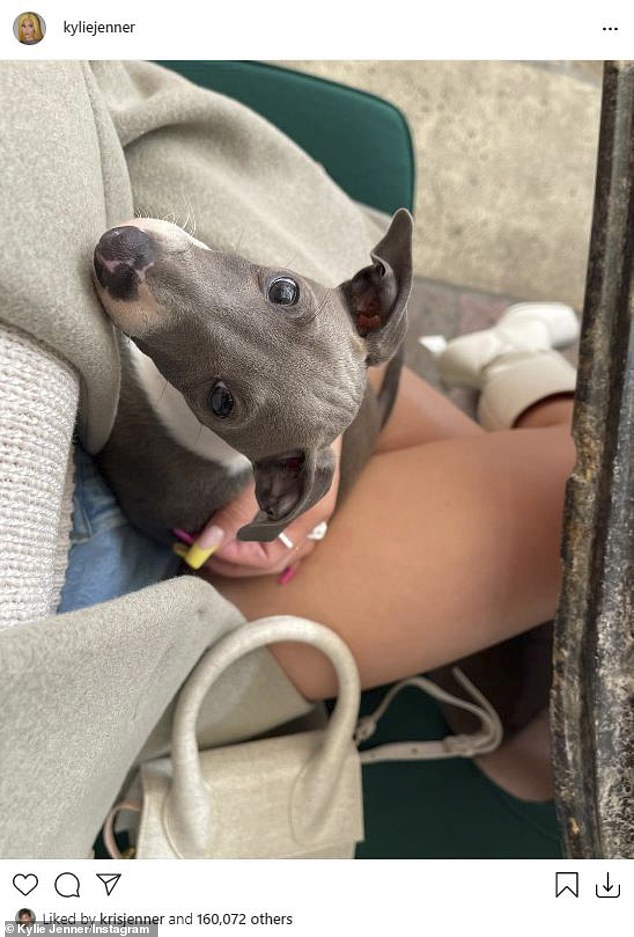 Welcome to the family! Earlier this week, Jenner revealed that she had become the owner of a new dog named Kevin

The media figure wrote ‘those puppy eyes’ in the post’s caption.

Jenner later shared a snap of her leaning against a wall at the famed Beverly Hills Hotel and looking off to the side while holding her new pup, whom she has referred to as her ‘son.’.

The social media personality currently owns several other dogs, a few of which have their own Instagram accounts. 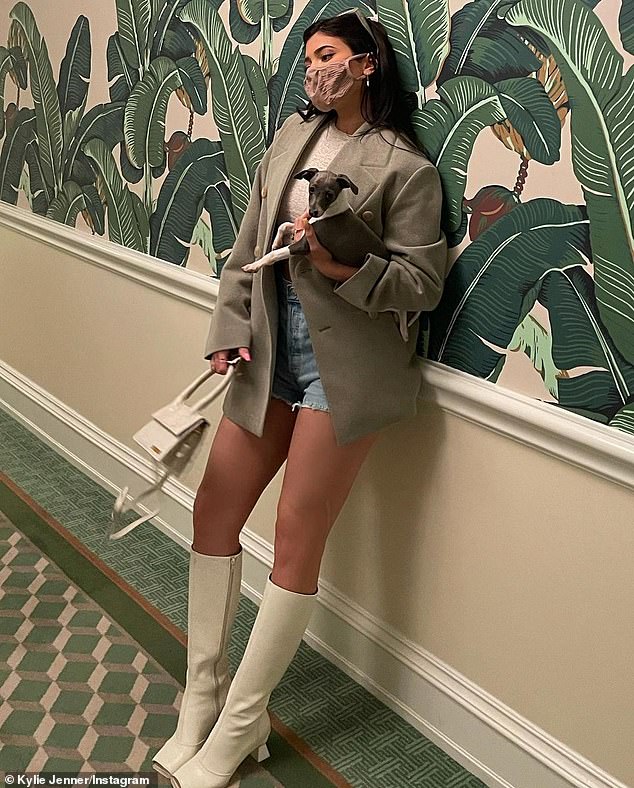 Dog lover: The reality television personality currently owns several other dogs, a few of which have been given their own Instagram accounts