Kylie Jenner, 23, let her fans know she’s ready for spring with her Mar. 7 social media pic. The makeup mogul shared an Instagram post that showed off some of her designer purses and shoes she plans on wearing for the new season and it got a lot of attention. The items are estimated to cost around $1 million and prove that Kylie doesn’t mess around when it comes to fashion and accessories!

“13 days till spring 💛💖💚💙,” Kylie captioned the post, which brought on a lot of responses. “can’t wait to see all the looks you’ll come up with 🥵🔥,” one follower wrote while another asked if they “could come play in your closet.”

The collection shown in the photo included Chanel and Hermes purses in various pastel colors, including a heart-shaped one and one made to look like a sequined billion dollar bill. The shoes were also pastel-colored and included one pink pair from Alexandre Vauthier and several other pairs from Louboutin. Kylie also showed off the collection in a short clip on her Instagram story and admitted she was “reorganizing” in the caption. 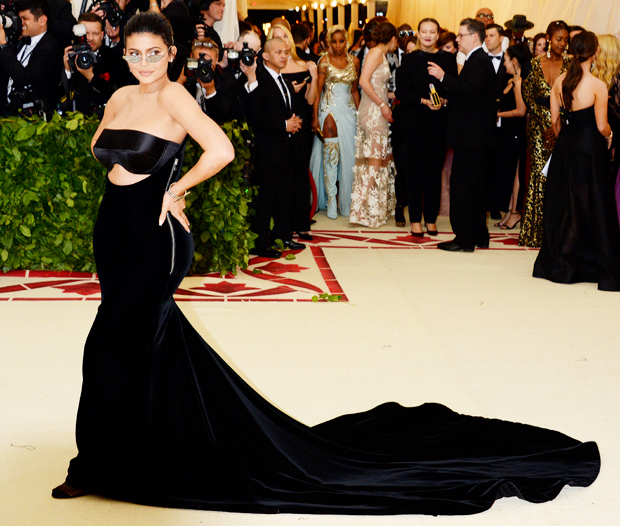 This isn’t the first time Kylie’s showed off her incredible closet full of designer items. Last year, she also spent some time in quarantine reorganizing things and showed off pics from the fun activity. In the photos, a $150,000 Hermes Himalaya Kelly handbag made from Nile crocodile was seen as well as a $50K black Hermes Kelly bag. Some of the same purses that were featured in her latest posts topped things off.

A couple of months before that, she shared pics of how she color-coded her purse collection. They once again included Hermes and Chanel as well as Louis Vuitton choices. Designer Martyn Lawrence-Bullard told People about Kylie’s incredible collection in 2019 and confirmed that the products in her closet are estimated to cost $1 million. “There are at least 400 bags, mostly Hermés, lots of Birkin bags and then Louis Vuitton, lots of Chanel and some Dior and Fendi,” he said. “Lots of them are collectors items. She’s bought some as investments and they’re treated like works of art.”