Is that really you, Kylie Jenner? Keeping Up With The Kardashian fans do a double take after spotting young star in flashback Bora Bora scene with Kim

Kim Kardashian wasn’t the only one making waves in a flashback scene that aired on Thursday night’s episode of Keeping Up With The Kardashian.

Kylie Jenner, who was seen alongside her older sister as she freaked out after losing an earring on the family trip to Bora Bora, looked almost unrecognizable compared to how the makeup mogul looks today.

The moment, from a 2011 episode of the E! show, prompted a barrage of online comments from fans spotted who expressed their disbelief at the young reality star’s transformation. 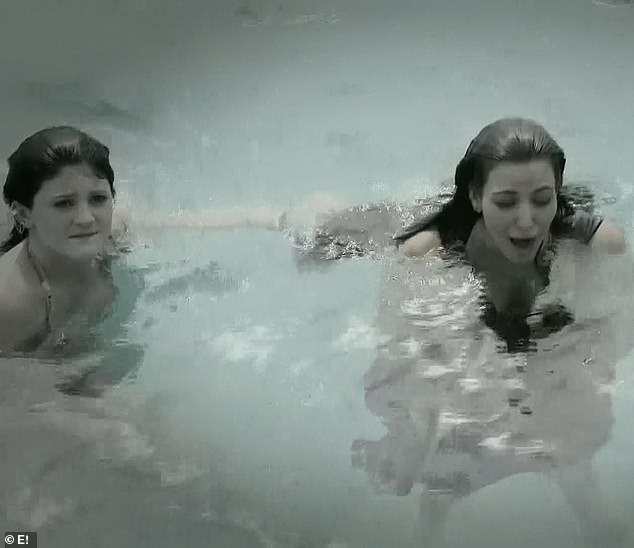 My, how she’s changed! Fans spotted a much younger Kylie Jenner in a flashback on Thursday’s episode of Keeping Up With The Kardashians featuring Kim Kardashian (right)

Transformation: The makeup mogul, now 23, is seen right on a recent snap from tropical vacation

‘Kylie in the water is unrecognizable,’ one person wrote, while another commented, ‘Kylie looks like a different person.’

‘The photo of Kylie. She completely changed her face and body,’ one Dailymail.com commenter chimed in.

‘Oh my! The original Kylie in that one pic!!’ came another observation.

There’s no question that Kylie – now 23 – in recent years has created a glossy and perfectly manicured image to help promote her cosmetics and skincare lines. However, it’s long been rumored that she’s had surgery on her face and body.

And while she’s admitted to getting lip injections to plump her pout, Kylie has denied getting surgery.

In 2016 she spoke out to insist she’d never had jaw surgery as fans commented on her changing face shape. 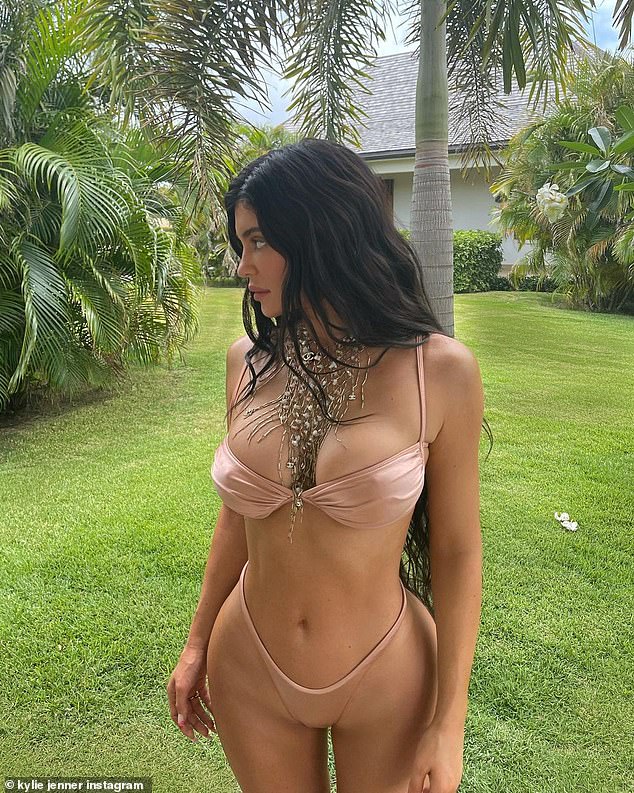 Photo ready: The E! star has always denied going under the knife to change her look but has admitted to getting lip fillers and veneers. She’s seen here in an Instagram snap from this week

Speaking on her then website thekyliejenner.com, she said: ‘No I didn’t [have cheek surgery]. People started saying that when I was 16.’

‘You really think Kris Jenner would let a 16 year old me have cheek and jaw reconstructive surgery? No,’ she added.

‘I always used to love my jaw. I was never self-conscious about my jaw, but before I got my lips done, my lips were very tiny and more like sunken into my chin.’

Fans have accused Kylie of going under the knife, similar to sister Kim who was accused of getting butt implants or having a Brazilian butt lift, which reshapes the waist, hips and derriere. 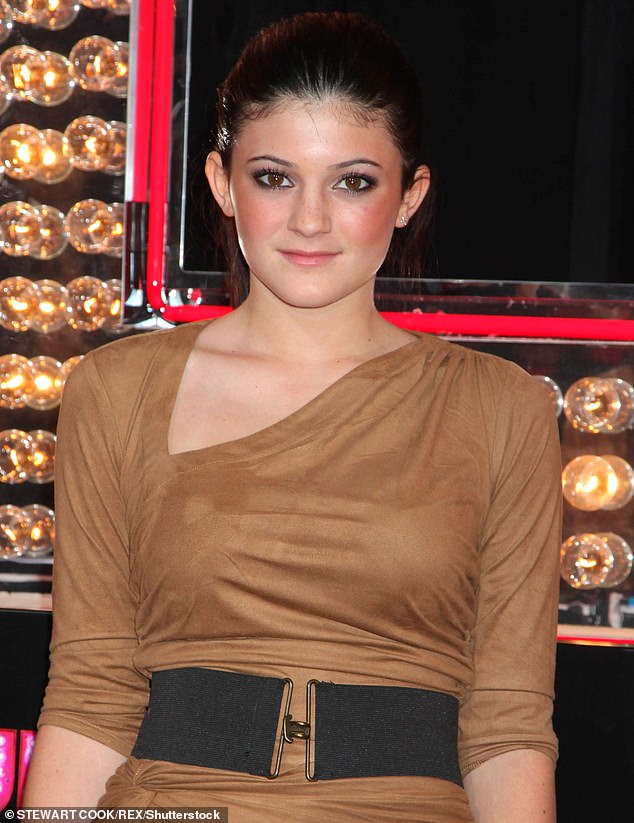 Fresh-faced TV star: Kylie is seen here in 2010, when she would have been about 13 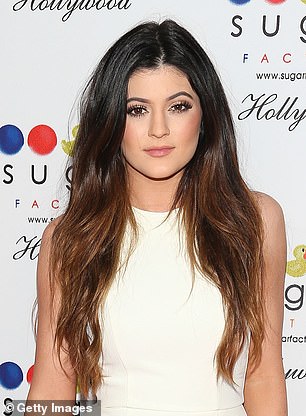 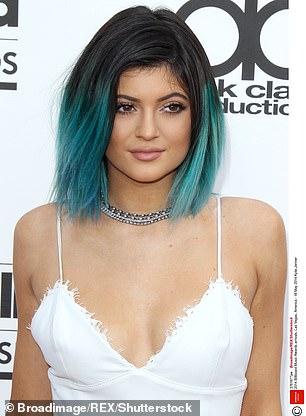 Changing faces: Here Kylie started looking a little different with fuller lips. She is pictured in 2013 (left) and 2014 (right)

A Brazilian butt lift involves fat removal which is then transferred to the buttocks to increase the size and give a more hourglass silhouette.

However, Kylie has never admitted to getting any work done, apart from lip fillers and teeth veneers.

In 2016 she denied getting breast implants after fans spotted her looking curvier.

The KUWTK star talked about it on her website, writing: ‘No, people – I haven’t gotten breast implants! Everyone is obsessed with that. Truth is, as I’ve gotten older, I’ve gained 15 pounds and my body has changed; I’ve definitely filled out.’

Red carpet pro: Fans have accused Kylie of going under the knife, similar to sister Kim who was accused of getting butt implants or having a Brazilian butt lift. Kylie is seen here in 2015 (left) and 2019 (right) 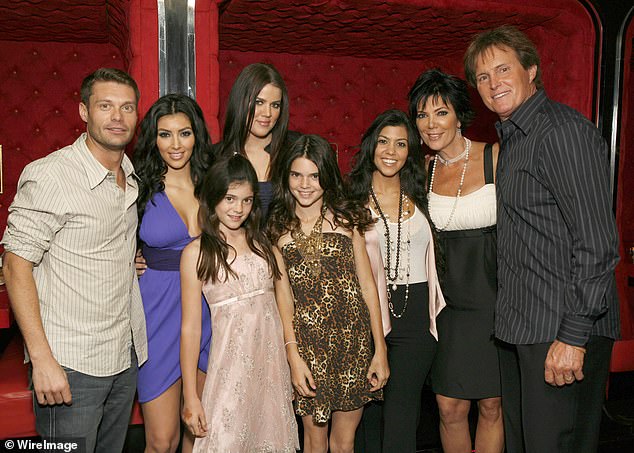 Where it all began: Above the Kardashians are seen in 2007 ahead of it airing on E! for the first time