‘He was overwhelmed with everything’: Lauren Goodger details her ‘stressful’ split from Charles Drury as she says a new baby and moving home took its toll on their romance

Lauren Goodger has broken her silence on her short-lived split from Charles Drury.

The former TOWIE star, 35, confirmed she was back together with Charles, 24, after he announced last month that they’d called time on their relationship.

And detailing the ‘stressful’ split, Lauren told how having a new baby and moving home took its toll on their romance, with her boyfriend feeling ‘overwhelmed  with everything.’ 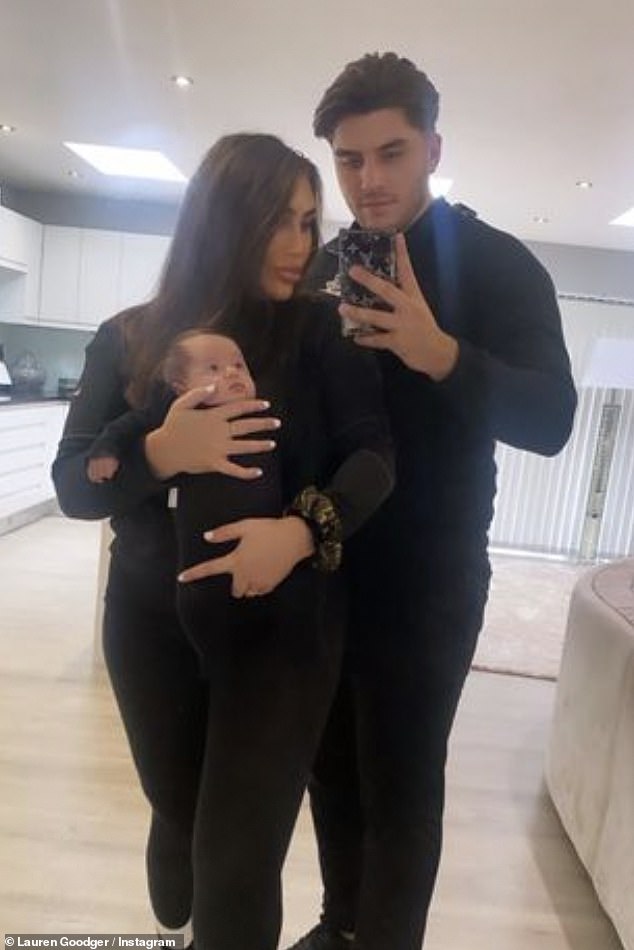 Speaking out: Lauren Goodger has broken her silence on her short-lived split from Charles Drury (pictured together with daughter Larose)

Suggesting he was the one to step away from their relationship, Lauren added in her new! magazine column that he ‘had to take five minutes out’, before adding that the pair are ‘really good now’.

She explained: ‘Listen, moving house and having a baby are very stressful things. Having a baby, as well as it being a beautiful and amazing thing, really does test couples.

‘For Charlie, it’s a lot of change and I think he was quite overwhelmed with everything. As much as he loves me and Larose, he had to take five minutes out.’

The couple welcomed their daughter Larose in July this year, with the couple breaking up just four months later. 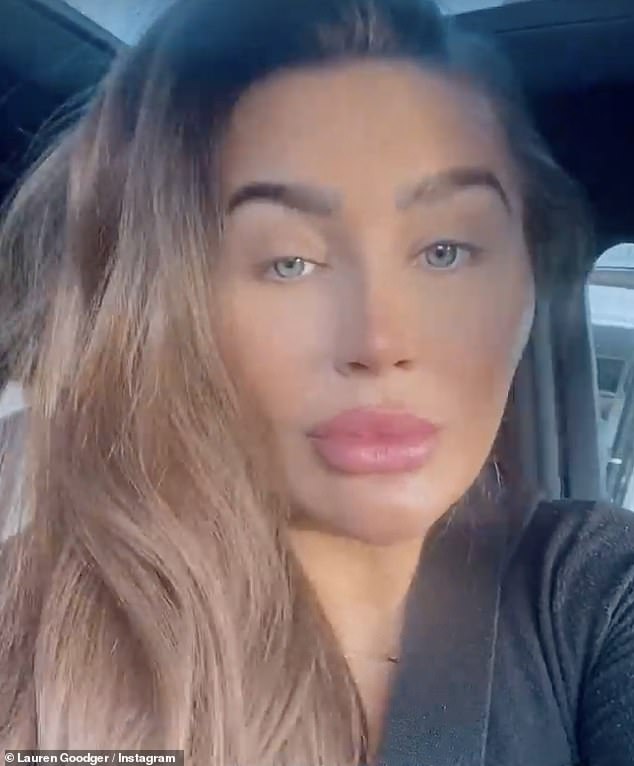 Difficulties: detailing the ‘stressful’ split, Lauren told how having a new baby and moving home took its toll on their romance, with her boyfriend feeling ‘overwhelmed with everything’

And after some reflection, Lauren explained how her partner ‘came home’ and ‘wants his family’.

Meanwhile, the reality star’s relationship was also tested when their daughter was taken ill and was rushed to hospital with suspected sepsis.

Detailing Larose’s illness, Lauren said: ‘The tests came back and they said, “She hasn’t got sepsis, she’s got a fever from an infection.” I was like, “Phew!” She was on antibiotics and a drip.’ 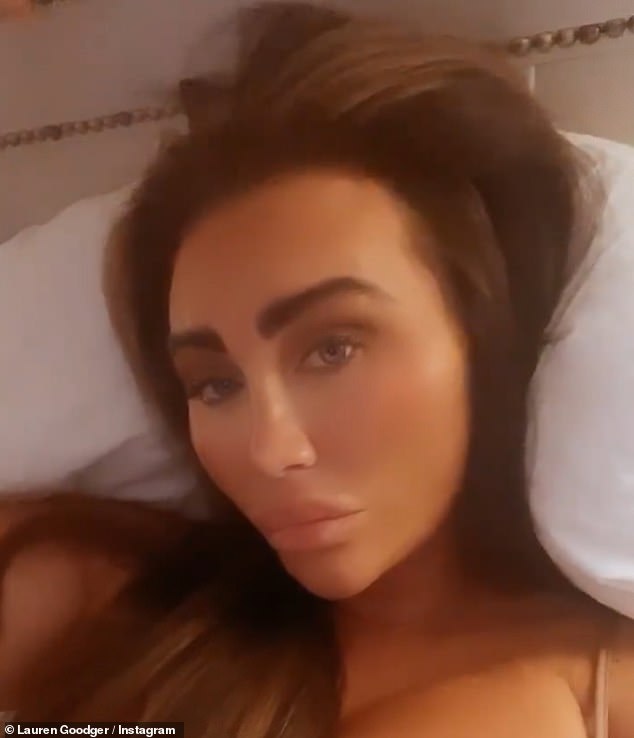 Romance: Suggesting he was the one to step away from their relationship, Lauren added in her new! magazine column that he ‘had to take five minutes out’, before adding that the pair are ‘really good now’

Lauren went on to say how her girl was ‘more herself’ by day two and three, with a doctor telling her she needn’t ‘panic’ as it was ‘so common’ and babies ‘get ill 12 times a year’.

The couple made their relationship Instagram official once again as Charles shared a family snap to Instagram on Wednesday doting on daughter Larose during a winter stroll.

The star and her on-off beau could be seen gazing at their precious little girl who in turn looked up at them while resting in her pram. 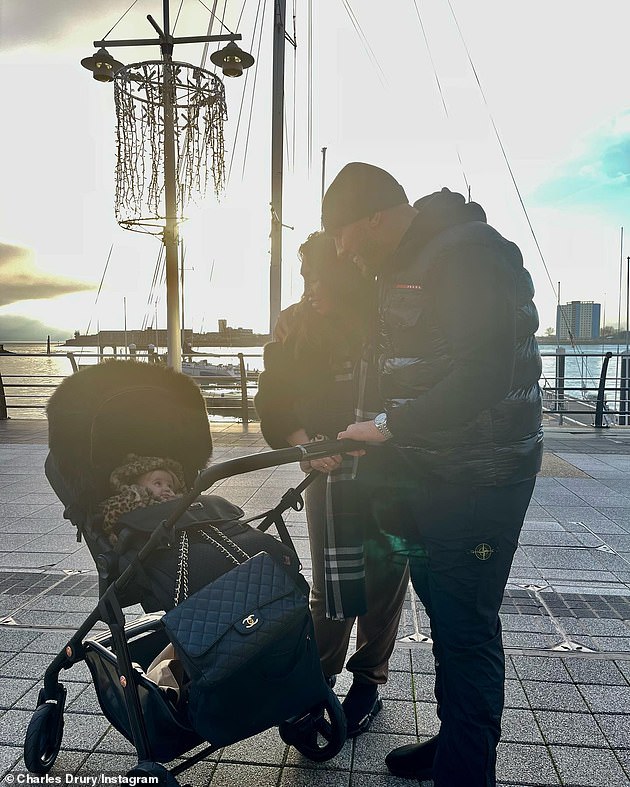 Wrapped up in warm jackets, Lauren and Charles looked completely besotted with their daughter, who was dressed in a fluffy animal print number.

Charles captioned the snap: ‘Here with you is where I belong, our love so strong, an unbreakable bond♥️’, to which Lauren commented: ‘Love our little lady so much and that man there forever’.

It comes after Lauren told how the couple and daughter Larose all fell ill with coronavirus earlier this month.

Sharing a clip of four-month-old Larose laying on the bed, the television personality wrote: ‘My unwell baby. Us 3 are all sick with Covid.’

Forever: Charles captioned the snap: ‘Here with you is where I belong, our love so strong, an unbreakable bond♥️’, to which Lauren replied with a gushing comment

The reality star also shared an image of three lateral flow tests to show their positive results, adding: ‘This Covid got us 3.’

Earlier this month, Lauren announced she had moved Charles back in to her home three weeks after announcing that they had split.

The couple are said to have set aside their differences and want to make a ‘fresh start’ on their romance.

Charles shared the news of their split on his Instagram page last month while their daughter was in hospital battling a ‘severe illness’. Larose was later discharged from hospital. 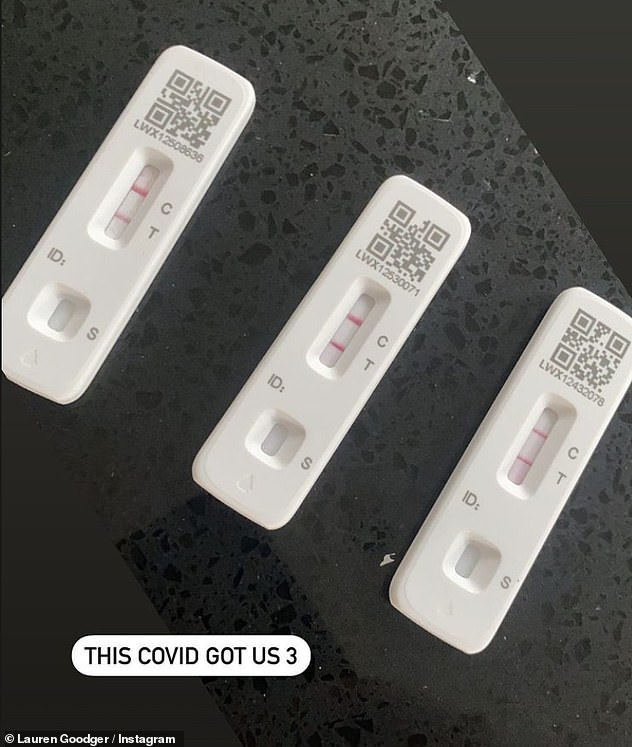 Tough times: Lauren, Charles and their four-month-old baby daughter Larose all got coronavirus earlier this month

An insider told The Sun having a baby to look after had ‘taken its toll’, but the couple are willing to give things another go.

The source said: ‘Charlie and Lauren have worked through their differences and are going to give things another go. Having a baby takes a toll on most couples, especially with Larose’s ill health. It’s back to basics for them and a fresh start.’

Their split has partially played out in public after Charles announced the news on his Instagram page last month.

Charles wrote at the time: ‘Only going to post this once. Me and Lauren have decided to go our separate ways. Things must remain civil for the sake of our daughter. 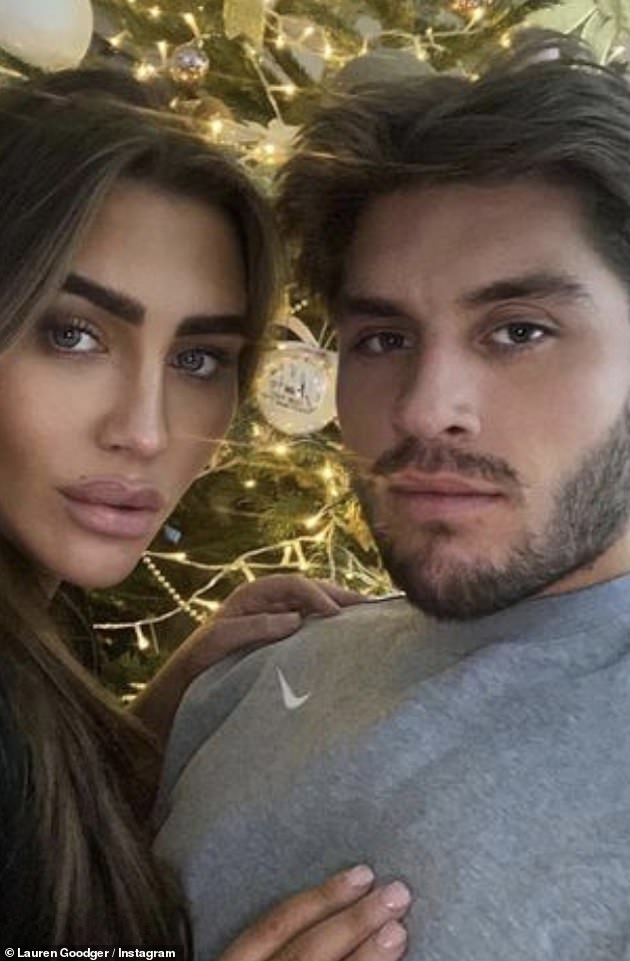 Oh dear: Their previous split partially played out in public after Charles announced the news on his Instagram page last month

‘Lauren is a great mum so when it comes to Larose we both have her best interests at heart so she will still see us both.’

However Lauren appeared less than impressed with the timing of Charles’ announcement, as she hit back and told fans it was the ‘least of her worries’.

Lauren said: ‘I apologise for Charlie talking about our relationship status right now as our daughter is very ill and this is the least of my worries.

‘I do not wish to comment on the situation at this time as there is much more to it but my priority is getting my daughter better. My baby girl is the most important thing to me right now, shame I can’t say that about others.’

Lauren found fame on The Only Way Is Essex while in a on-off, 12-year relationship with ex-fiancé Mark Wright.

Their tumultuous relationship was filled with infidelity on Mark’s part, trust issues, and tensions between Lauren and his family.

The couple cut off their engagement in May 2011, just five months after his proposal, and the presenter went on to marry actress Michelle Keegan, 33, in 2015.

Lauren later revealed she had an abortion at the age of 20 after the couple decided they weren’t ready to become parents.

She told OK! in 2011: ‘I did think I was pregnant. I’m not on the pill and haven’t been for a little while, just because of my cells, not because I was planning a baby and thank God we didn’t.

‘I was late once and I think it was the stress of what was going on. I’ve been pregnant before with his baby but I chose not to have it. I was only 20. No one knows except my close family.’

After splitting from Mark, the media personality dated Jake McLean, 33, on and off for four years – from 2012 until May 2016 – with Lauren suffering a miscarriage during their relationship 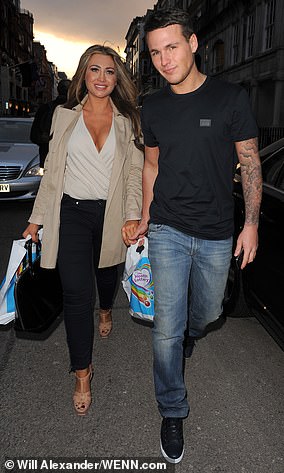 Jailbird ex: The influencer pictured with Jake in 2013

The TV star discovered she had lost the unborn child while appearing as a contestant on ITV talent show Dancing On Ice in 2013, and later admitted she has little choice but to ‘carry on.’

Discussing the loss on Channel 5 show In Therapy in 2017, she said:  ‘I was on a TV show that was quite intense. I had to try and perform when I was quite far gone. It didn’t last.’

Lauren and Jake split for the first time later that year before rekindling their romance in 2015.

Shortly after their final split in May 2016, Lauren told OK! of her former jailbird ex: ‘I fell out of love with him. I know some people say you wake up one day and things click, but that didn’t happen to me; it was a gradual thing.

‘The relationship was quite hard. I felt like I was the one doing everything and putting the effort in. I’m at the age where I’d like to have children but Jake isn’t the sort of man I’d want to do it with.’

Jake was jailed for three-and-a-half years after conning his way into a mother’s house two days before Christmas in 2006, overpowering her before a masked gang ran in and raided the family home.

The TV star struck up a relationship with another convict, Joey Morrison, but the couple went their separate ways two years later, in 2018, despite Lauren waiting for him while he served time behind bars. 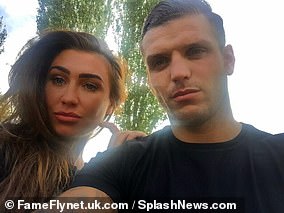 Bad boy: The TV star and convict Joey pictured in 2017

Joey, 31, was given a 16-year prison sentence for a violent offence but was released after nine years – Lauren and Joey split close to his release date.

In 2019, Lauren opened up about her two year romance with Joey, who was sentenced for drug related crimes, saying: ‘My ex was my biggest mistake. I wasted two years when I could have been dating. I wish I hadn’t waited for him to come out.’

Writing previously in new! magazine of her relationship with Joey, she said: ‘I regret giving two and a half years of my life to someone who was in jail only for him to come out and not be what I thought.

‘I thought we were going to get a house, get married and have kids. I regret the time I’ve wasted.’

In October 2020, Lauren teased she was dating a mystery man, who was soon to be identified as Charles Drury, 23. 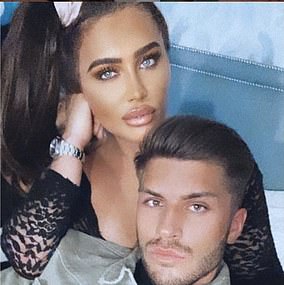 The amateur footballer and builder has littered his social media account with images of his girlfriend.

Sharing his thoughts on their romance, Charles previously gushed: ‘The story of you & me is my favourite because it’s happening so naturally.’

The couple announced their expecting their first child together, just three months after going public with their relationship.

Lauren’s partner has a history of dating older women, having previously enjoyed a brief fling with former glamour model Katie Price, 42, in 2019.