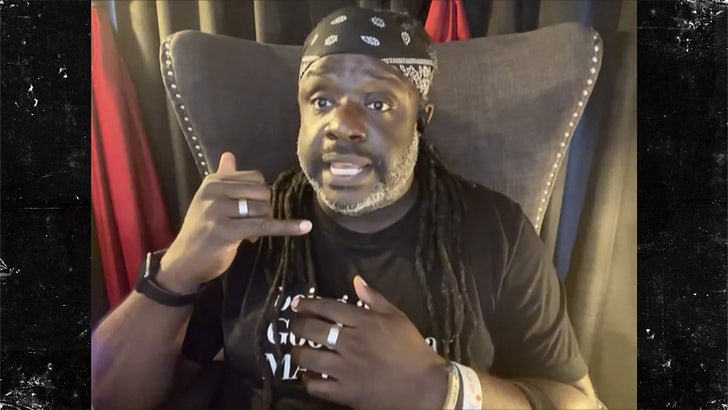 As more and more states adopt laws making it illegal to make racially biased 911 calls … a noted author and comedian — who’s called out so-called “Karens” — is praising the move as a literal lifesaver.

Tyler Merritt jumped on “TMZ Live” on Wednesday and explained the importance of the Caution Against Racially Exploitative Non-emergencies Act (or the CAREN Act) … a law passed by San Francisco last year, and just recently in Santa Cruz, CA too.

Tyler has no doubt the legal change will save lives …  mostly for people of color who are being prejudged by people whose unfounded fear triggers them to call 911.

He says the danger is the caller ends up passing their false perception on to cops responding to the scene — and, as we’ve seen, that can lead to tragic outcomes.

Perhaps the most famous case went down just last year … when an NYC woman, Amy Cooper, was caught on video calling 911 and pretending a Black man was attacking her in Central Park. Christian Cooper, a frequent bird watcher, had only asked Amy to leash her dog.

Tyler — the author of the new book, “I Take My Coffee Black” — says a 6-foot-2 black man like himself already has a strike against him in society because he’s Black … let alone the added fear that he’s being misperceived based on a phone call rooted in ignorance.

His words are inspiring, as are those printed on his shirt — “Being a Good Human MATTERS.”