Lisa Rinna thanks the ‘angels’ supporting her after her daughter Delilah Hamlin’s accidental overdose: ‘We are so grateful’

Lisa Rinna is giving thanks after her daughter Delilah Hamlin’s frightening accidental overdose.

The 58-year-old Real Housewives Of Beverly Hills star thanked her fans and ‘angels’ who had tried to boost her spirits after her daughter’s health scare in an Instagram Stories post on Wednesday.

The day before, Delilah, 23, claimed on social media that she had accidentally overdose on Benadryl and beta blockers after getting hooked on a high dose of Xanax. 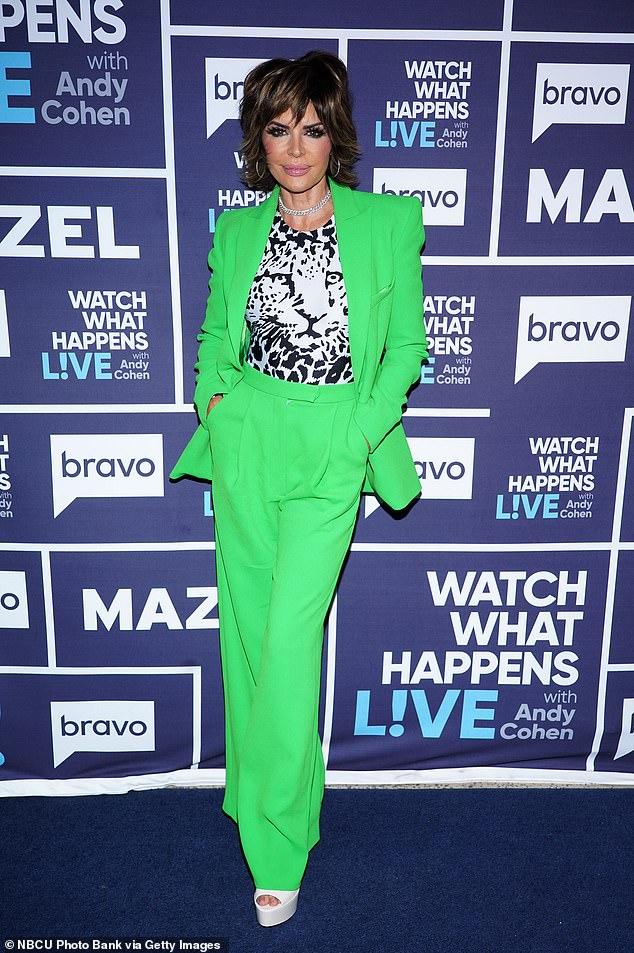 Grateful: Lisa Rinna thanked the ‘angels’ who had sent their ‘love and prayers’ to her family after daughter Delilah Hamlin claimed she accidentally overdosed earlier in the week

‘Thank you to all of the angels who have reached out, sharing their stories, sending their love and prayers, we are so grateful to you all for your help and your guidance!!’ Lisa wrote.

Although Covid-19 vaccines have been determined to be safe and effective by the Food and Drug Administration and the Centers for Disease Control and Prevention, Delilah suggested in her video that some of her health issues may have begun after she was vaccinated.

Although she stressed she was ‘in no way an anti-Vaxxer,’ she claimed her vaccination caused autoimmune diseases to ‘flare up.’

‘I didn’t realize that the vaccine would cause an autoimmune response in my body that basically flared up and triggered certain autoimmune diseases that I didn’t know I had,’ she claimed in the 30-minute long video. 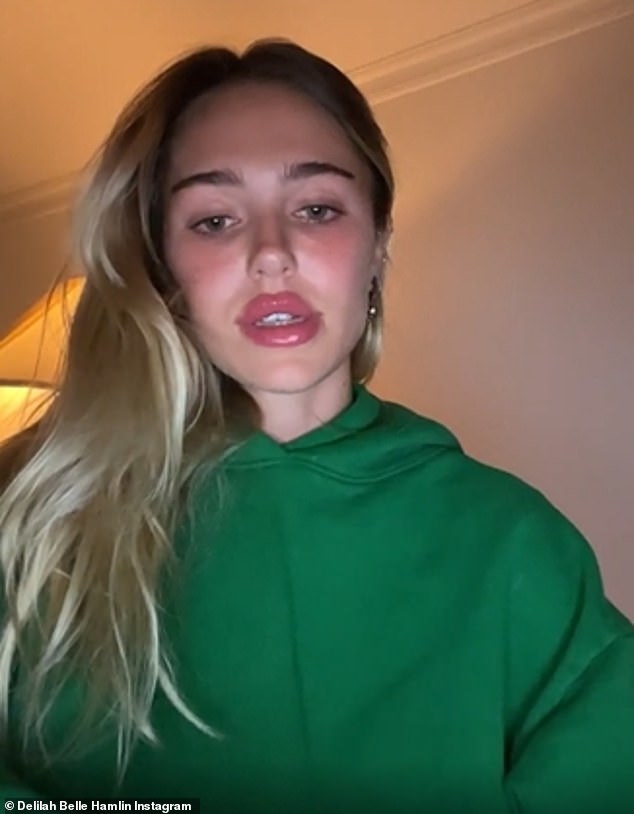 Unusual complaints: Delilah claimed Tuesday on Instagram that she had been dealing with autoimmune disorders in the wake of her Covid-19 vaccination 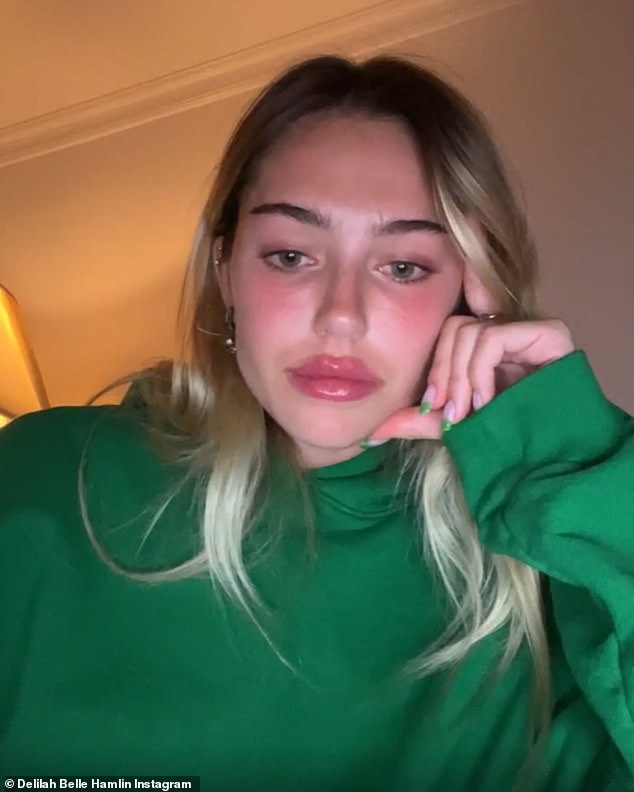 Too much: However, it was for psychiatric problems that she saw a psychiatrist, whom she claims overprescribed Xanax, which she says led to an accidental overdose when combined with propranolol and Benadryl

According to the Global Autoimmune Institute, evidence currently indicates that the benefits of COVID-19 vaccination significantly outweighs any potential risk of side-effects.

How safe are COVID vaccines for autoimmune patients?

The CDC website also states that ‘COVID-19 vaccines may be administered to most people with underlying medical conditions.’

The consensus has been that COVID-19 vaccine efficacy may be decreased for people who take immunosuppressant drugs, which includes many being treated for autoimmune disease.

Although many people have no side effects at all after being inoculated, the most-common side effects include headaches, fatigue, chills, fever and nausea.

Most common side effects of the vaccine shot include tiredness, headaches, chills, fever and nausea.

The model claimed she had been suffering from painful migraines, as well as psychiatric issues including panic attacks and obsessive–compulsive disorder symptoms which led her to be afraid of eating meat.

She also claimed to have dealt with PANDAS, or Pediatric Autoimmune Neuropsychiatric Disorders Associated with Streptococcal Infections.

Delilah said she began seeing a psychiatrist to help get her panic attacks under control, and they began ‘overprescribing’ Xanax to her.

The benzodiazepine is a common treatment for generalized anxiety and for panic disorders.

She said the psychiatrist prescribed 20mg of Xanax three time per day, despite the medications history of being addictive.

Delilah claimed that she was also prescribed the beta blocker propranolol, which caused her to overdose when she also took the over-the-counter allergy medication Benadryl.

‘I ended up in the hospital,’ she said. 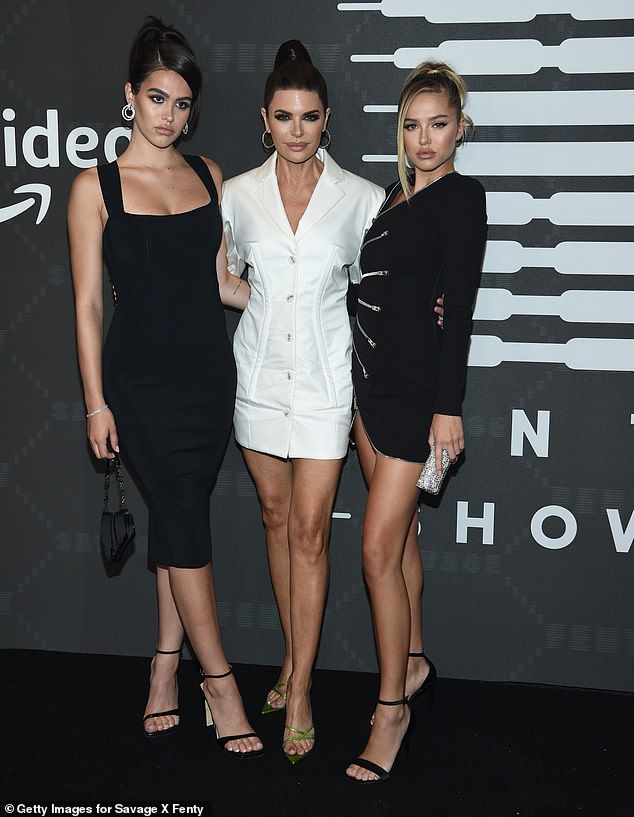 Health scare: Delilah then claimed she had subsequently been diagnosed with encephalitis, a kind of inflammation of the brain. She says she can’t drink or fly now; seen with Lisa and Amelia Hamlin in 2019 in NYC

Delilah then claimed she had subsequently been diagnosed with encephalitis, a kind of inflammation of the brain.

According to her, the diagnosis meant that she was no longer supposed to drink alcohol, and even flying on an airplane could be dangerous.

She claimed that she had subsequently entered a treatment facility in Arizona to help taper down from her Xanax dependency, but she said that she suffered seizures that led the facility to ask her to leave.

Since then, Delilah has been getting support from her boyfriend Eyal Booker, who made the flight from London to Los Angeles to help support her.

She shared a photo of their tearful reunion as Eyal held her tightly.

‘Haven’t seen each other in 3 months this was the best feeling ever,’ she captioned her Insta Stories photo.

The lovebirds were seen kissing and looking affectionate while out and about in Los Angeles on Thursday. 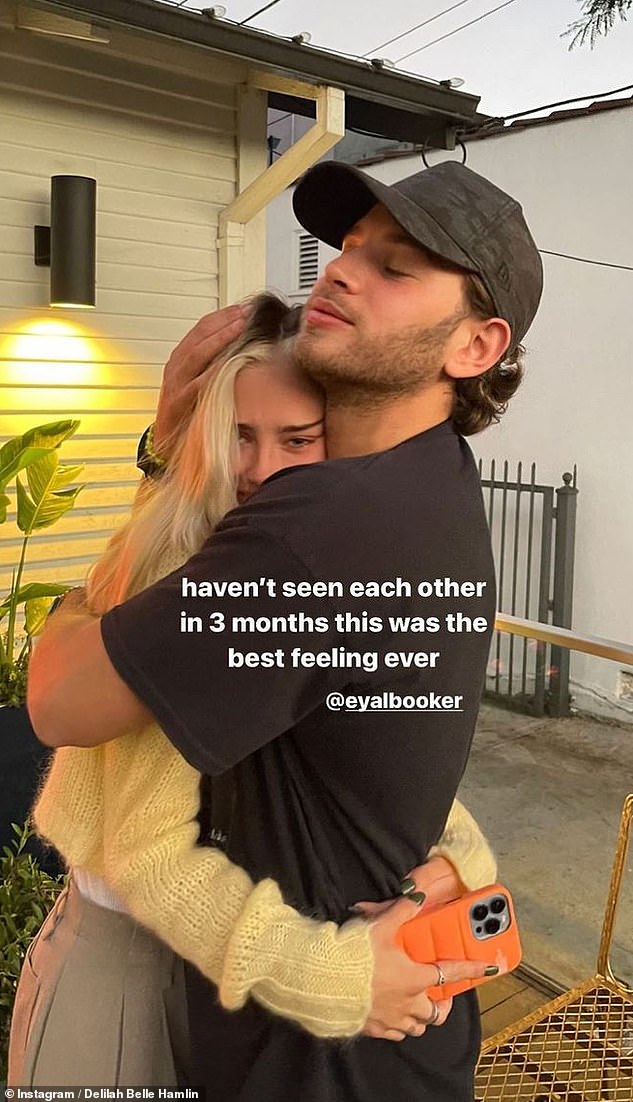 Reunited and it feels so good! Since then, Delilah has been getting support from her boyfriend Eyal Booker, who made the flight from London to Los Angeles to help support her 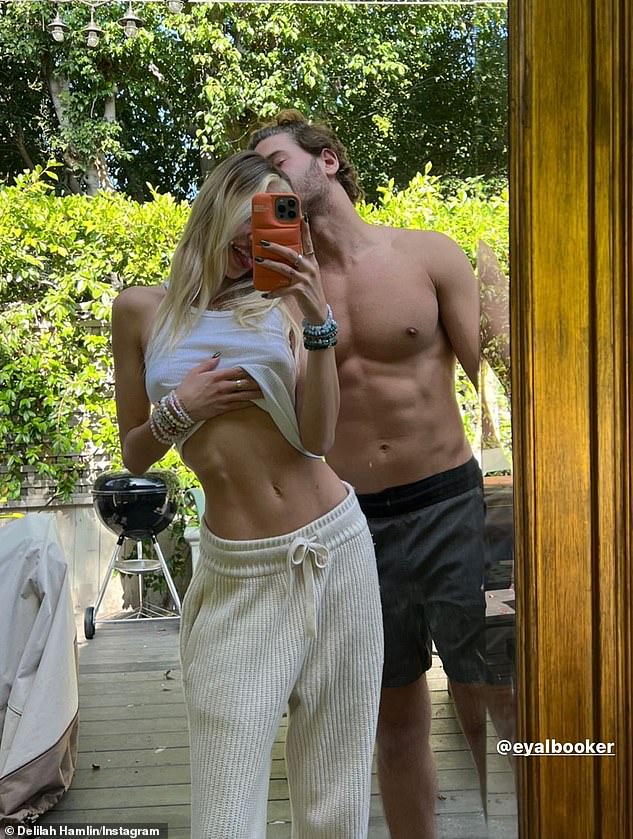 Sweet: The lovebirds were seen kissing and looking affectionate while out and about in Los Angeles on Thursday